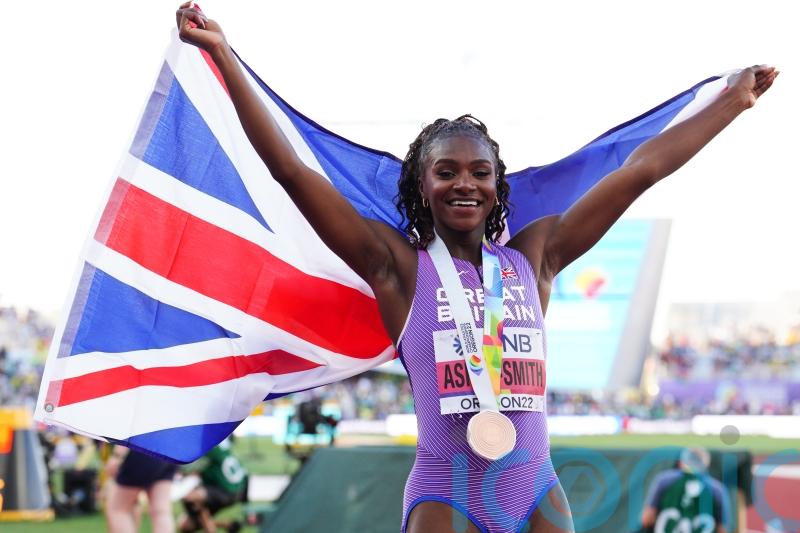 Great Britain’s Dina Asher-Smith dedicated her 200m world bronze to her late grandma and revealed how she has had to overcome grief.

The 26-year-old claimed a gutsy place on the podium at the World Championships after losing Sislyn, aged 92, in May.

Asher-Smith was clearly emotional as she celebrated, including an embrace with mum Julie, and paid tribute to her grandma, admitting the last few months have been difficult.

She said: “My victories are always dedicated to my family and my team and everyone who has helped me to this point.

“She (was) an incredible woman and my whole family wouldn’t be who we are without her, without her hard work and her sacrifices for us.  She came to help the NHS post war. She was a nurse all her life and worked at Lewisham Hospital.

“I had to take myself from being so profoundly sad to being OK to race. But when you are in this type of calibre being OK to race isn’t good enough. You need to be excellent. It’s something I’ve never really struggled with before.

“My brain wasn’t in the room. It felt like I was watching myself do stuff.

“It’s been such a strange way to do it. I knew I was in great shape but it’s that psychological element which is so important to running at this kind of level.

“There’s no timeline on that kind of thing and the team psych has done an amazing job to get my brain and body on the same page. I am in great shape but your mind has to be there too. 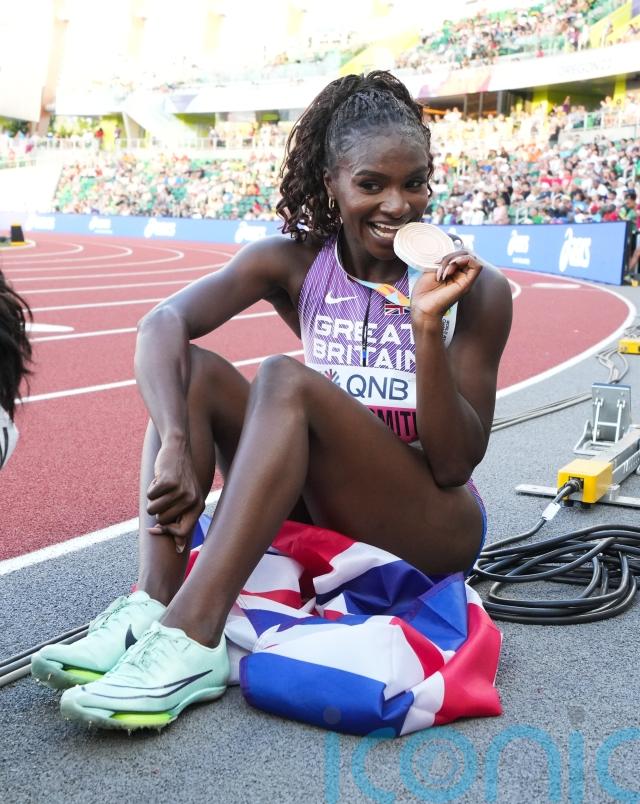 “Some things have happened and I’ve been like ‘thank you grandma, thank you’ because I know she’s sending me these good vibes. After the 100m heat I was like ‘thank you’.”

Jackson’s 21.45 seconds, only bettered by Florence Griffith Joyner’s 21.34 seconds in 1988, saw her finish ahead of 100m champion Shelly-Ann Fraser-Pryce.

Asher-Smith was insistent she was in better shape than her pre-championship form suggested, having lost the British 100m title to Daryll Neita in Manchester last month.

On Thursday in Eugene she started well and managed to hold off the challenge of Nigeria’s Aminatou Seyni and the USA’s Abby Steiner to seal her podium spot.

Asher-Smith had already equalled her British record of 10.83 seconds when she came an agonising fourth in the 100m final on Sunday as Jamaica claimed a clean sweep.

“I’m honestly just so amazingly happy with this. You had to run 21 seconds to make the final, 21.08 didn’t make it,” she said. “I can’t emphasise how crazy that was. I knew I had to run like my life depended on it if I wanted a chance.

“I’m so happy to have got on the podium. As reigning champion ideally I’d like to retain my title but when someone runs 21.4, you know what, congratulations. 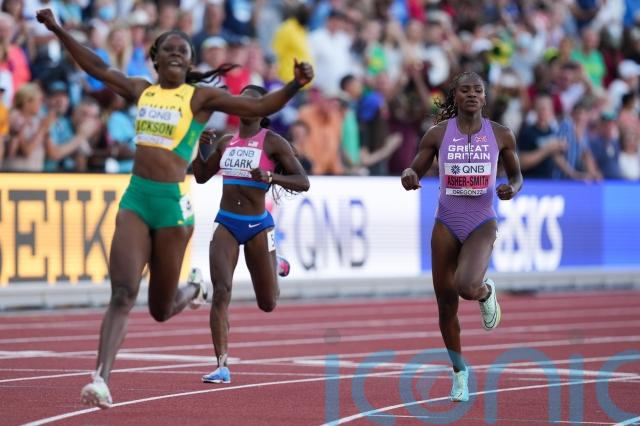 Asher-Smith now runs in the 4x100m relay, with the final on Saturday at Hayward Field.

The USA’s Noah Lyles took the men’s 200m title in 19.31 seconds ahead of teammates Kenny Bednarek and Erriyon Knighton.

Lyles said: “I was in form for a world record, but I am OK with the American record. I felt I got the best start I could possibly ask for. The race was basically set up for me. I was given lane six, an outside lane. To be honest, every step was purposeful, going out with intent to win.

“I’ve given my all. I literally had nothing left after I crossed the finish line. It’s an immaculate feeling to be on the podium with two fellow Americans.”