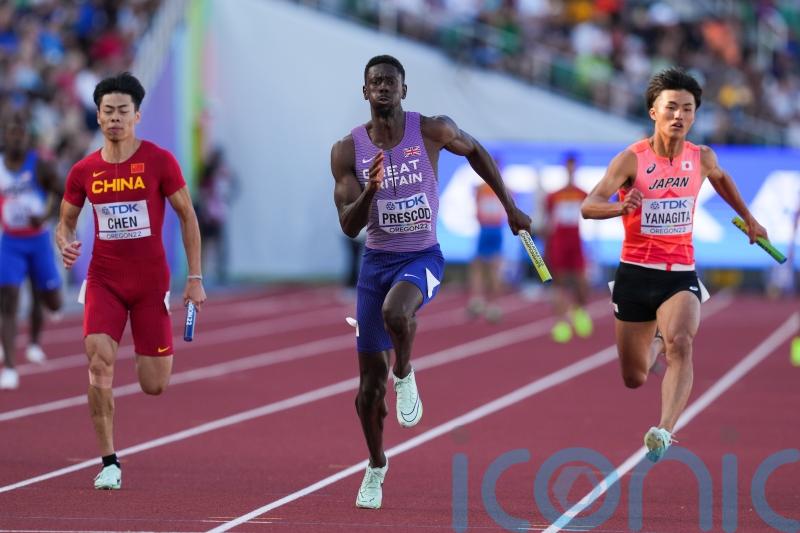 Great Britain clinched a surprise bronze in the men’s 4x100m relay at the World Championships.

Jona Efoloko, Zharnel Hughes, Nethaneel Mitchell-Blake and Reece Prescod took third behind Canada and the USA in a time of 37.83 seconds.

A new squad helped banish some of the pain from last year’s Olympics when Hughes, Mitchell-Blake, Richard Kilty and CJ Ujah won silver, only to be stripped of their medal following Ujah’s positive drugs test.

It came after the women finished sixth following an injury to Dina Asher-Smith at Hayward Field.

The 26-year-old suffered an injury as she approached the final changeover with Daryll Neita .

Earlier, Jess Judd and Eilish McColgan finished 13th and 11th respectively in the 5,000m final, which was won by Ethiopia’s Gudaf Tsegay.

“We have got such strength in the UK. I think we have eight girls under 52 seconds, so we have come and are representing our strongest team. I’m really proud to be a part of this team,” said Nielsen.

Earlier, Lorraine Ugen and Jazmin Sawyers reached the final of the long jump in America.

The British pair both posted 6.68m to finish in the top 12 of qualifying, despite not hitting the automatic mark of 6.75m.

Sawyers, who came eighth at last year’s Olympics in Tokyo, recorded a season’s best with Ugen finishing fifth in Group A on Saturday morning in Eugene. 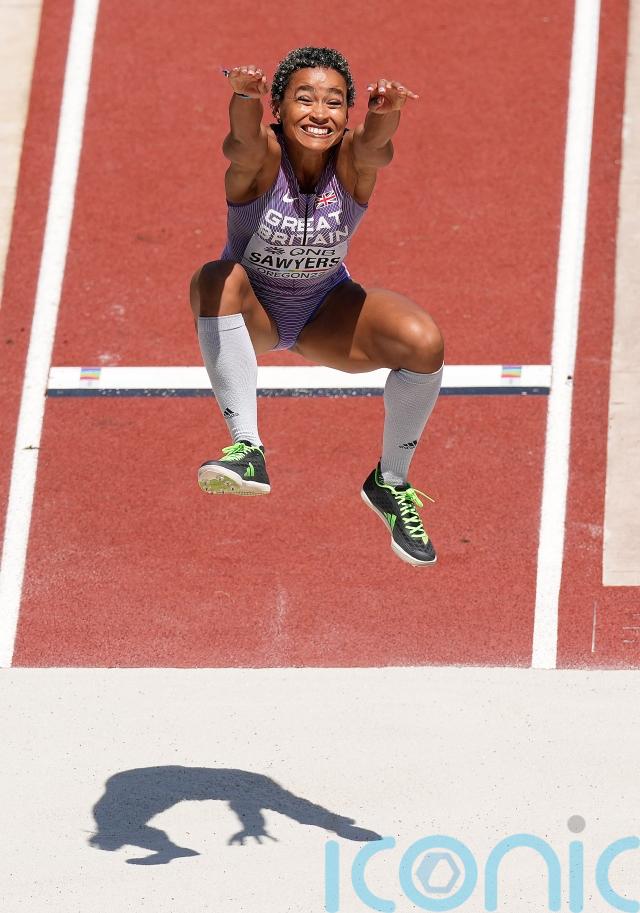 They will now compete in Sunday’s final, the last day of competition in America.

Sawyers said: “I’m happy – the job in qualifying is to make it to the final. There’s definitely some technical things I can do better, but that’s my first world final at my third try so I’m really happy.

Cindy Sember qualified for the Sunday’s 100m hurdles semi-final after running 12.67 seconds in her heat.