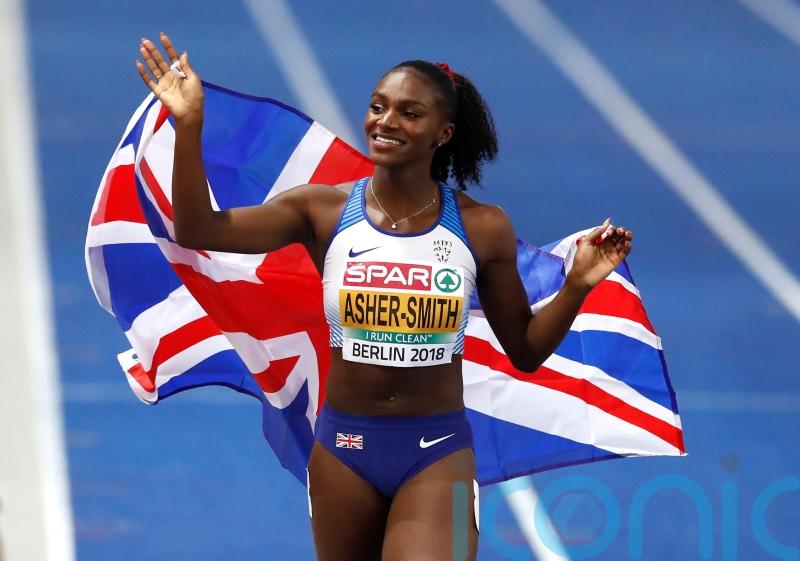 Dina Asher-Smith defended her 200m title as part of a record-breaking performance at the European Championships in Berlin on this day in 2018.

The sprinter followed up her 100m victory from earlier in the week with a world-leading time of 21.89, which broke her own British record by 0.16 seconds.

Then aged 22, Asher-Smith edged out reigning world champion Dafne Schippers, who finished second in 22.14, to retain the title she had claimed two years earlier in Amsterdam.

“I knew I had to go like a bat out of hell because she (Schippers) is coming for me and there was no way she was going to let me win this,” she said after the race at the Olympic Stadium.

“I had the fear of God inside me. It was over in a blur and I was just full of happiness and relief because it is a bit daunting going in as the reigning champion with a gold bib.”

A day after her 200m success, Asher-Smith became the first Briton to win all three titles at a major championships when she anchored the team of Asha Philip, Imani Lansiquot and Bianca Williams to victory in the 4×100 metres.

It was only a start of things to come for the Briton as she who won the 200m World Championship title in Doha the following year.

However, she had mixed results at last year’s rearranged Tokyo Olympics, helping Team GB win 4x100m bronze before hopes of individual success were wrecked by a serious hamstring injury suffered at the British trials in June.

Asher-Smith last month withdrew from the England team for the Commonwealth Games in Birmingham due to a “light hamstring strain”, having pulled up midway through the women’s 4×100 metres relay at the World Championships in Eugene, Oregon.