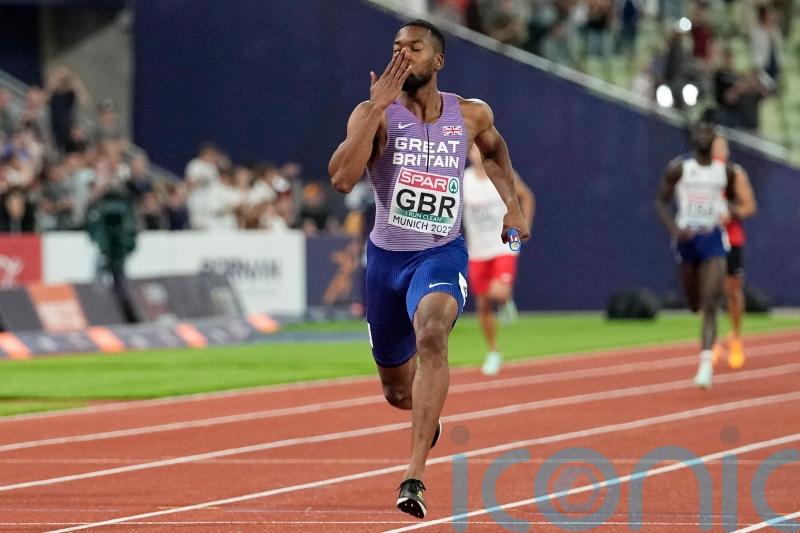 Great Britain’s men won gold in the 4x100m relay final, but defeat for the women enabled Germany to top the medals table at the European Championships in Munich.

The men profited from a blunder by Germany to win in a championship record time of 37.67 seconds, finishing ahead of France to take the title for a fourth successive time.

Jeremiah Azu was fast out of the blocks on the opening leg and crisp changes enabled Zharnel Hughes and Jona Efoloko to continue the momentum before Nethaneel Mitchell-Blake finished strongly.

The victory put Britain within reach of top spot in the medals table, but in the final race of the championships, the women ‘s 4x100m relay, Asha Philip made a fast start before failing to find Imani-Lara Lansiquot with the baton.

Philip told the BBC: “I believe this team is really consistent, so I’m shocked by what happened out there.

“I can’t really get my head around it. We were so excited because the boys just won in a championship record and we came here to defend our title, but things just didn’t go my way in that race.”

Lansiquot added: “The first thing and any conversations that we’ve had is that we’re a team and no matter what happens we win as a team, we lose as a team.

Wightman, 28, clocked a season’s best of one minute 44.91 secs in the two-lap race to cross the line just 0.06 secs behind Spain’s Mariano Garcia.

It completed a sweep of major medals for Wightman this summer, following his Commonwealth 1500m bronze.

“I came into this really wanting to add to my world 1500m title just because I feel like that would’ve been a great way to end the season,” said Wightman, who in July became the first Briton to win the men’s 1500m world title since Steve Cram in 1983.

“I felt in shape to do it and I got very close, but I’ve got a gold, a silver and a bronze on the season, so at least I’ve got a full set.” 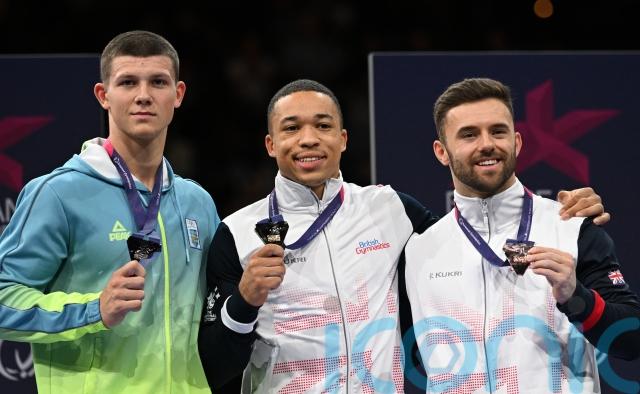 The pair followed up Saturday’s stunning performance in the men’s team final by helping Britain to five more medals on the final day.

Fraser, 23, won his third gold on the parallel bars, while Jarman, 20, became the first British gymnast to win a European title on the vault.

With Jarman also taking floor bronze, Courtney Tulloch rings bronze and Giarnni Regini-Moran parallel bars bronze, it marked the most successful European Championships ever for Britain, with 11 medals across the men’s and women’s events.

Fraser overcame a broken foot and appendicitis to take part in the championships and the Commonwealth Games in his home city of Birmingham, where he won three titles.

“I’m glad I’m going on holiday, that’s for sure,” Fraser told the BBC. “I’m really proud of myself and the team, who have really kept me going this last couple of months.

“The Commonwealth Games and these Europeans, I’m walking away from both with three gold medals.”