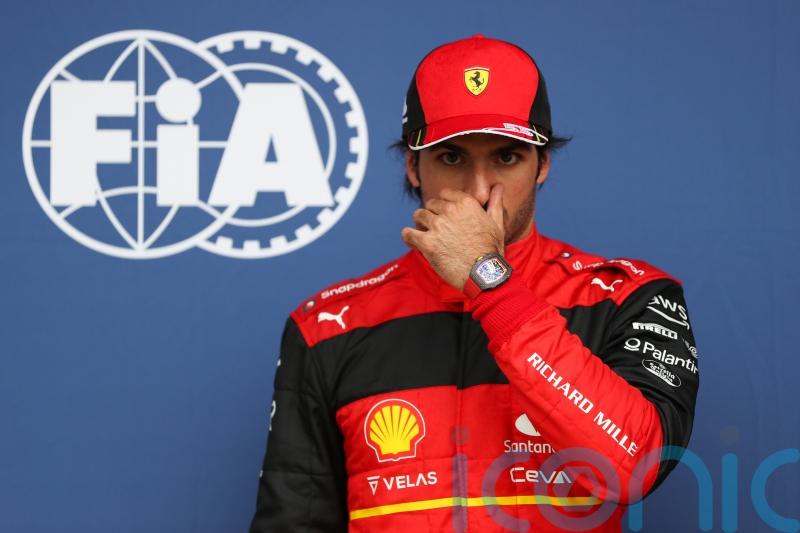 Carlos Sainz said he had a lucky escape after his car dramatically caught alight in Sunday’s Austrian Grand Prix.

As Charles Leclerc claimed his first win in three months to revive his hopes of challenging Max Verstappen for the world championship – with the Dutchman second and Lewis Hamilton third – his team-mate Sainz was thrown into grave danger when a fire broke out at the back of his conked-out Ferrari.

At the uphill fourth corner of Spielberg’s Red Bull Ring, Sainz was left battling gravity as his car rolled back towards the track.

Inside half a minute, Sainz’s car was engulfed in flames – and the TV director cut away with the Spaniard desperately attempting to remove himself from his blazing machine.

But a handful of seconds later, the television feed returned to the scene of the grisly accident, and Sainz was seen running away from his car before sitting down on the grass verge with his chargrilled Ferrari now extinguished.

A marshal put a wheel chock underneath Sainz’s front-right tyre, which aided him in escaping, but the 27-year-old, who won last weekend’s British Grand Prix, believes help could have arrived earlier than it did.

“It was not an ideal or an easy situation for sure, because I could see in my mirrors that my car was catching fire,” said Sainz.

“I was pressing the brake, but as soon as I tried to jump out, I didn’t want to leave the car completely free, out of control, and rolling backwards.

“I was calling the marshals to come and help me, to put something on the tyres to stop the car from rolling. But the whole process was a bit slow and at some point there was so much fire that I had to get a move on and I had to jump out.

“It is definitely something we need to look at how we could have done it a bit faster, because it was not an easy situation to be in.”

Sainz’s retirement, with just 14 of the 71 laps to run, allowed Hamilton to claim his third podium in as many races with Mercedes team-mate George Russell fourth – despite an opening-lap collision with Red Bull’s Sergio Perez. The Mexican was unable to continue.

A travelling Dutch contingent of 60,000 fans turned the 11th round of 22 into a home fixture for Verstappen. 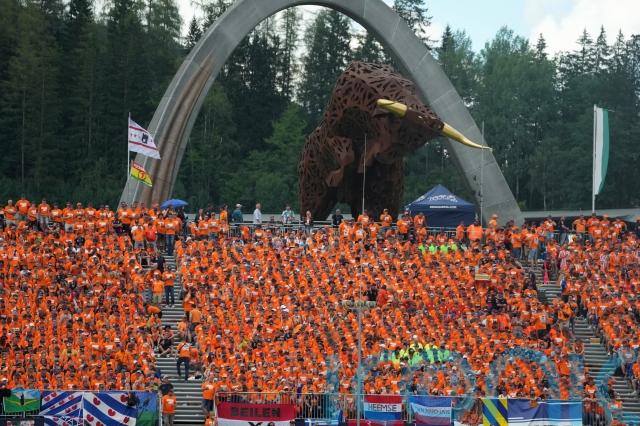 And after he raced away from pole, in a plume of flare-generated orange smoke, it looked as though their man would follow up his sprint triumph with another win. However, Leclerc had other ideas.

By lap 10, the Monegasque, whose season has been derailed by mechanical failures and poor strategy calls, was crawling all over Verstappen’s Red Bull gearbox – and after two failed attempts at Turns 3 and 4, the Ferrari driver made his move stick a couple of laps later with a cute move at the right-hand fourth corner.

Red Bull reacted immediately by bringing Verstappen in for a change of rubber.

Leclerc stopped on lap 26. He left the pits 6.7 seconds behind Verstappen, but moved back ahead of his title rival for a second time just six laps later.

On lap 50, Verstappen was back in the lead after Leclerc was called in by Ferrari for his second stop. But three laps later, on the exit of Turn 3, Leclerc passed Verstappen for a third and final time.

Leclerc complained about a stuck throttle in the closing stages, but crossed the line 1.5secs ahead of Verstappen, with Hamilton, who made up five positions from eighth, another 40secs back.

Russell impressed to drive from 19th, after he stopped for repairs and was subjected to a five-second penalty following his coming together with Perez, to finish fourth.

Leclerc has reduced the championship deficit from 44 points to 38.

The Ferrari driver said: “I definitely needed that one. The last five races have been incredibly difficult for myself but also for the team.

“It has been hard race after hard race, and it just felt like everything was against me. So to finally show we have the pace in the car and that we can do it, is incredible.”

Leclerc, Verstappen and Hamilton were later dealt a suspended a fine of £8,500 after their physios entered parc ferme without permission before the drivers were weighed – a breach of the governing FIA’s rules.