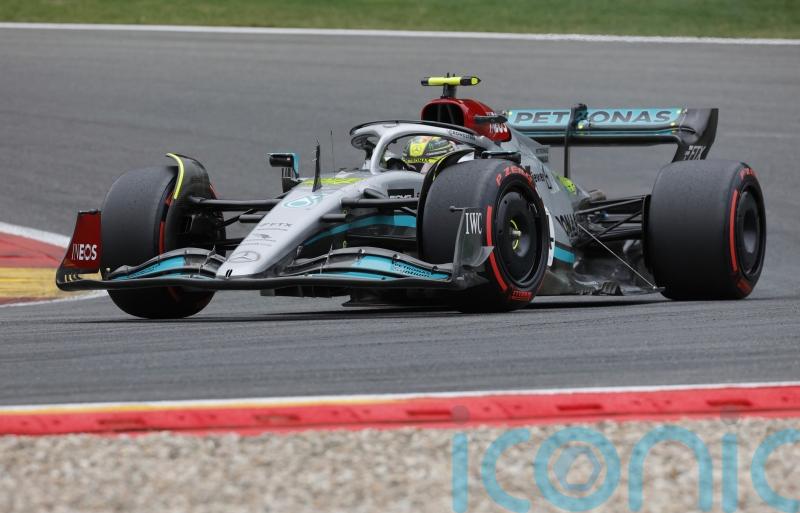 Lewis Hamilton was forced to retire from from the Belgian Grand Prix on the first lap following a collision with Fernando Alonso – with the Spaniard suggesting his former team-mate can only race at the front of the grid.

Hamilton was launched airborne after he duelled for second place with Alonso at Les Combes.

The seven-time world champion attempted to solider on, but was told to stop by his Mercedes team following damage sustained in the accident.

Hamilton, who started one place behind Alonso in fourth, moved to the outside of his former McLaren team-mate under braking for the right-hander.

But Alonso’s front-left tyre made contact with Hamilton’s right-rear.

Alonso took aim at Hamilton over the radio.

“What an idiot,” he shouted. “Closing the door from the outside.

“I mean, we have a mega start, but this guy only knows how to drive when starting first.”

The incident was noted by the stewards but they decided against taking any further action.

Following a separate accident between Nicholas Latifi and Valtteri Bottas, the safety car was sent out for three laps.

By the end of lap eight of 44, he was already up to third place, with Carlos Sainz leading and Sergio Perez second. George Russell was fourth.