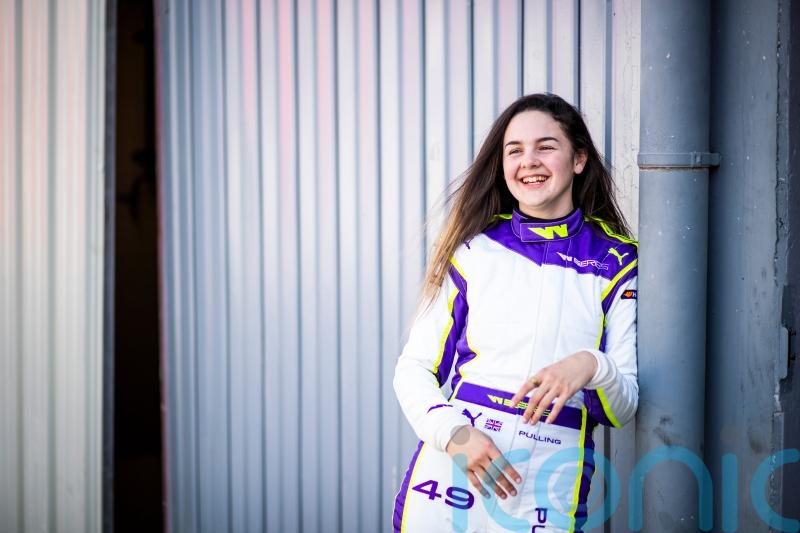 This week marks exactly one year since an “absolutely heartbroken” Abbi Pulling was forced to pull out of British Formula 4 due to a lack of funds.

But on Friday, the 19-year-old British W Series driver will get behind the wheel of a Formula 3 car, one of four women selected for a test at France’s Circuit de Nevers Magny-Cours.

It’s one small but significant step for Pulling in an overall trajectory organisers hope will eventually spark a giant leap forward for womankind, with long-term ambitions to see a female driver back in Formula 1.

“It’s immeasurable how valuable it will be,” Pulling told the PA news agency. “It’s a bit of added experience that will go a long way.

“F3 is the goal for the future, and then after that, if I perform in that, I go to F2 hopefully. Always the dream is to progress up the single-seater ladder. I think anyone that’s my age in W Series or in any other junior championship, that’s the reason why people go into single-seaters, to get into Formula 1.

“You don’t go to single-seaters to get to the World Endurance Championship or anything like that. You may end up there, that’s not a criticism because it’s just as competitive and a renowned championship, but I think [F1] is the reason people go into single-seaters. It’s why I did.”

This is the second year W Series drivers have been invited to test the F3 machinery. American Chloe Chambers and Nerea Marti, back for a second year in place of the recently injured Tereza Babickova, will also be taking part.

Formula Regional’s Hamda Al Qubaisi rounds out the group, and will join Pulling for a full day of testing intended to, said a statement, “introduce them to the category, its car and different set-ups, along with the demands and challenges of its environment.”

While some have wondered about the need for an all-female single seater series, Pulling is arguably proof positive for its value. W Series provides its drivers identical Tatuus F3 T-318 cars, engineers, and pays almost all expenses allowing drivers to focus on the competition rather than the coffers.

Pulling, a reserve least season, managed to finish seventh and earn a full-time seat despite only starting four races. She’s now in a heated battle for second place, with compatriot Jamie Chadwick looking like a sure-fire bet for a third straight title.

This season also marks Pulling’s first as an Alpine Affiliate driver, an opportunity one might argue would not have been possible had the W Series door not fully opened after F4’s closed.

It’s been 30 years since Giovanna Amati entered a Formula 1 Grand Prix, and nearly half a century since Lella Lombardi started one. The modern picture is not much brighter. 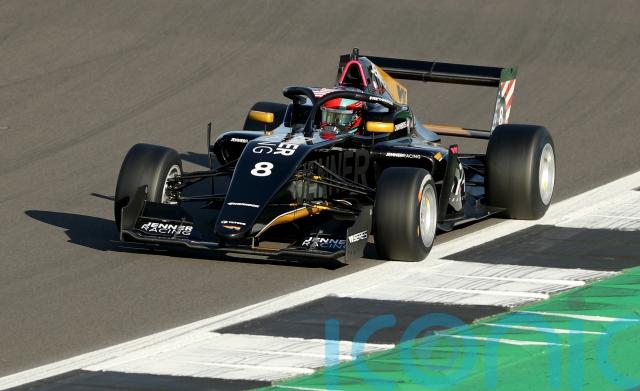 In 2020, Sophia Floersch, currently competing in the European Le Mans series, became the first woman to race in the Formula 3 series, which currently has no female drivers.

Tatiana Calderon recently returned to Formula 2 following a three-year absence to replace Cem Bolukbasi at Charouz, though the Colombian was forced to withdraw from last weekend’s feature race at Monza on medical advice.

Formula 2 and Formula 3 CEO Bruno Michel is adamant the upcoming tests be seen as a learning opportunity rather than an audition, saying: “The purpose of this test is not to compare their performance, but it is an opportunity for them to understand what is required from an F3 driver from every aspect, so that they can prepare for the challenges when they progress to our championship, hopefully in the near future.”

His message, however, seemed to be directly in contrast to that of Formula 1 President and CEO Stefano Domenicali, who said: “This test, the second of its kind, will provide real opportunity for these four talented drivers to demonstrate their potential to teams and make the case for a competitive seat in years to come.”

Whatever the case, Gosberton-based Pulling is ready to seize the opportunity full throttle.

She added: “I think I’ll be as prepared as I can be. I’m doing everything necessary to maximise what I can out of the day.”