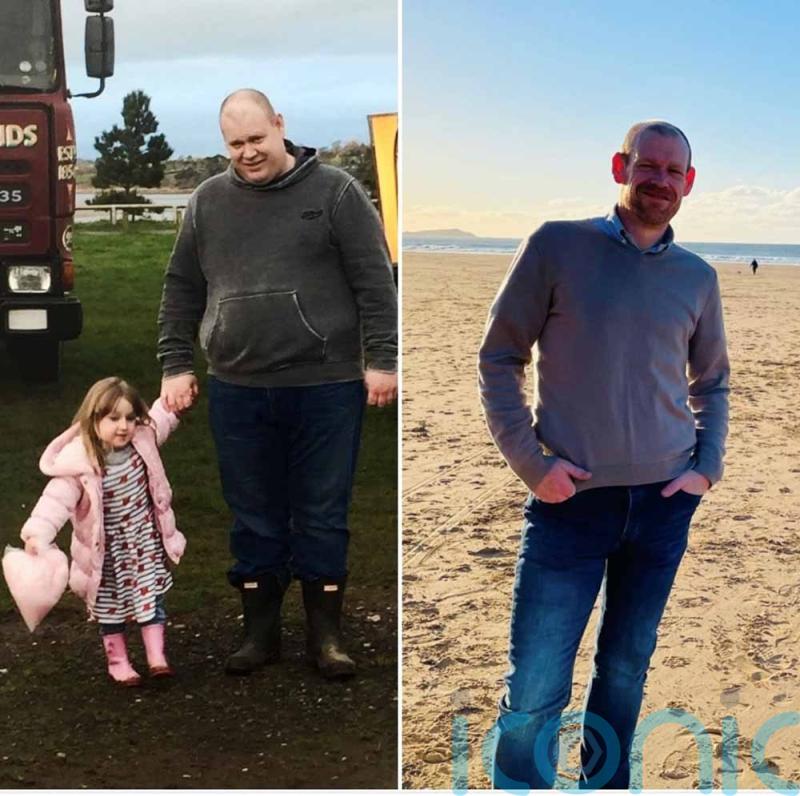 A 23st 7lb dad who swapped sausage rolls for 25 mile power-walks during lockdown after vowing to be a “different man” when he returned to work lost 10st in five months on a gruelling daily regime of 800 calories combined with five hour walks.

With hospitality mothballed by the late 2020 lockdown, entertainment general manager, Justin Moore, 36, who was furloughed, saw a perfect opportunity to reduce his 48in waistline – pledging to be “unrecognisable” by the time he rejoined his colleagues when Covid restrictions lifted.

Swapping all his favourite food for protein bars and shakes, having failed to exercise since he was a schoolboy, he started walking for 25 miles a day until he reduced his shirt size from XXXL to M, wore a size 30 waist and weighed a limber 13st 7lb. 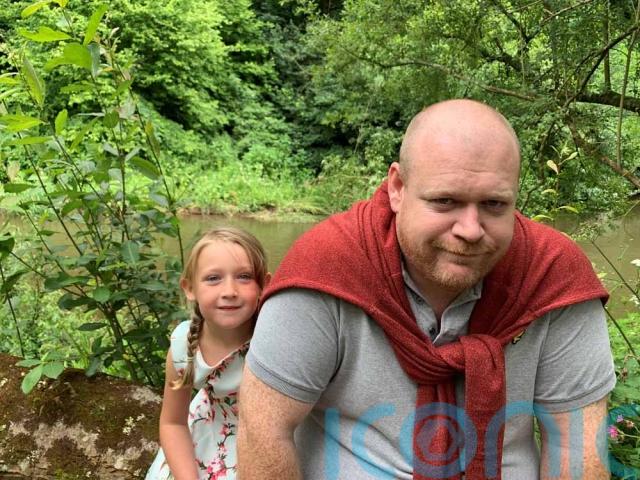 Justin, who lives in Exmouth, Devon, with his  sales manager fiancée Lisa Spickett, 40, and their children, Liberty, seven, and Jasper, four, said: “I remember watching Boris on the telly and I told Lisa that if we went into another lockdown I was going to go back to work a different man.

“At first, I couldn’t even walk a short distance without being out of breath, but I made sure I went out every single day and got my couple of hours in until I got better and better.

“I never took my children to the park before and I never did a lot of the things I should have done as a dad. I didn’t realise my weight had such an impact until I lost it.”

He added: “I feel like I’m a better dad now. I wasn’t aware that I  didn’t really go out with my children – that I was struggling to even take them to a swimming pool.

“This is the best thing I’ve ever done in my life.

“My son is just four, but he always wants to go out on walks with Daddy now and it fills me with so much joy.” 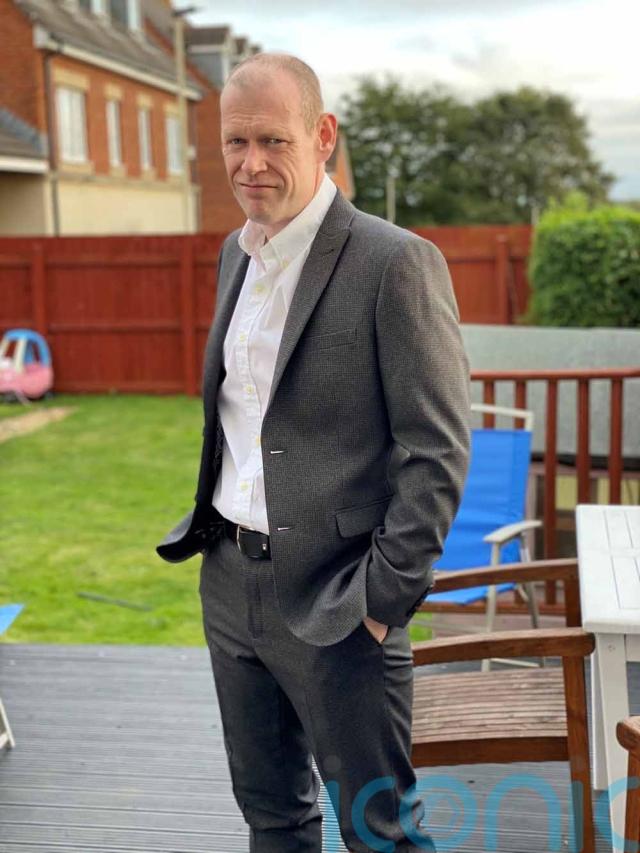 Around 2st overweight throughout school, Justin says he became even bigger as an adult because of his love of takeaways and bacon and sausage baps.

Gorging on several sausage rolls a day, as well as takeaways, until the second Covid lockdown, he had become resigned to the idea that he was going to be “fat forever.”

He said: “I always thought I’d be big. I thought there was nothing I could do about it.” 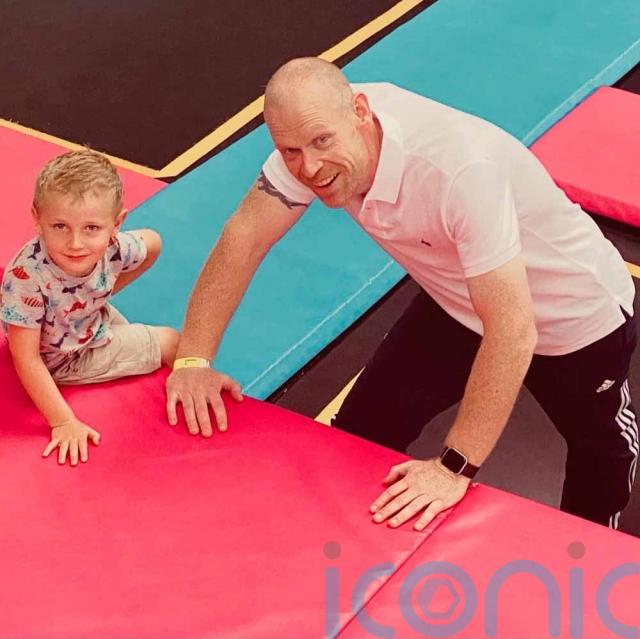 His eureka moment came when November 2020 heralded another lockdown and he knew it was “now or never” for him to lose weight as, unable to go to work, he could devote himself to overhauling his lifestyle.

He said: “Covid gave me an opportunity to prolong my life, be healthier and become a different man.

“I was close to having type 2 diabetes because of my size and that’s gone now and being slimmer has definitely made me a more active and involved dad.”

Vowing to weigh 13st 7lb by the summer, giving him a healthy BMI of 25 – Justin says he used  “simple maths”  – calculating how to reach his goal by combining a drastic calorie reduction with daily walks.

He said: “I realised I was going to have all of this time off and I needed something positive to come out of it.” 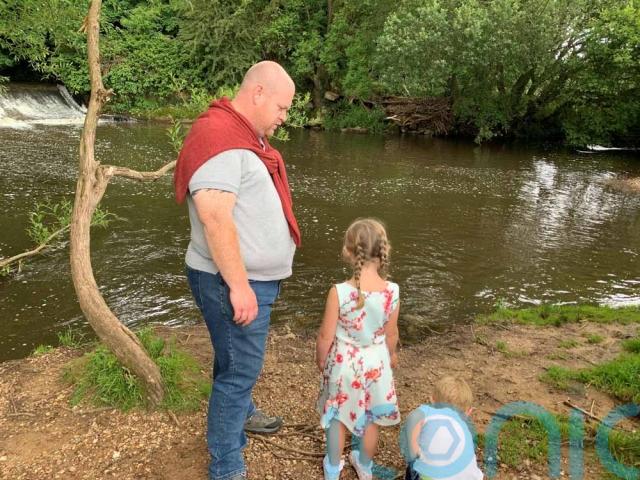 He added: “I started walking short distances at first, as I was incapable of walking without running out of breath.

“But it was simple maths, I knew that a calorie deficit will cause you to lose weight. It became my religion.

“It was a simple mathematical equation and I just had to make sure it was sustainable.”

He added: “I’d go on a walk and treat myself to two breakfast bars. And then I’d have a protein shake for lunch.”

A self-confessed foodie, Justin found the first few weeks difficult, as his 4,000 calorie-a-day diet was slashed to just 800,  gleaned from two breakfast bars, a protein shake and a healthy Tesco meal deal for dinner – compared to the 2,500 calories recommended by the NHS for adult men to maintain their weight.

Despite struggling to breathe on his first walk on January 1 2021, after just three weeks Justin was covering up to 25 miles every day and felt energised, despite his sudden diet change. 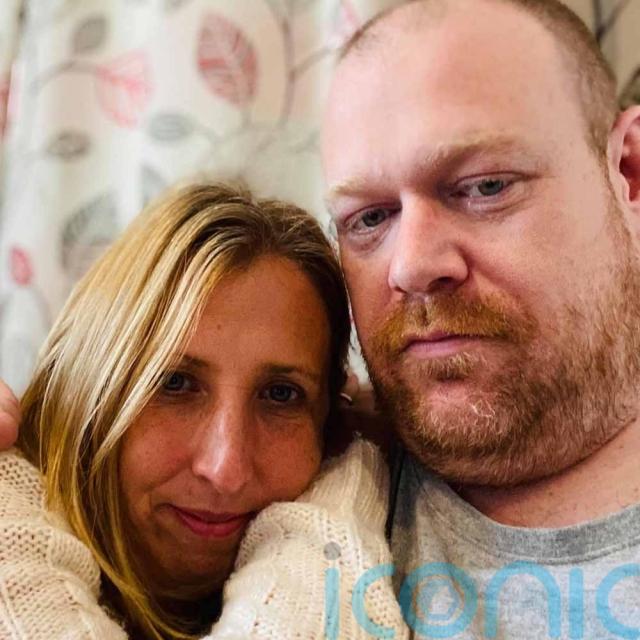 He said: “I was a massive foodie before, so it was unbelievably hard. I was always hungry.

“At first my family were concerned as it was quite drastic. My partner said it wasn’t enough food.

“But I felt well, and I was getting fitter every day.”

He added: “She was incredibly supportive, as walking so much for a body that never did any exercise takes its toll.

“Sometimes my feet would be bleeding, I had blisters. I was pulling my calf muscle, and I was in pain.”

But the results came in thick and fast, as Justin lost nearly 2st in three weeks and felt like his plan was working. 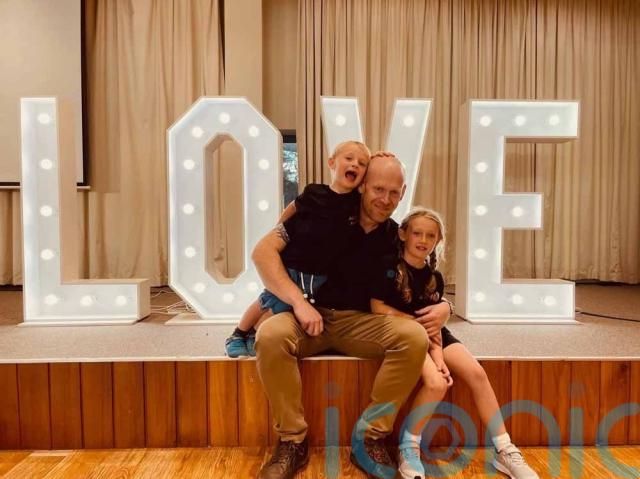 Soon adding jogging to his regime, his long exercise sessions also enabled him to learn French and German  by listening to podcasts during his excursions.

He said: “One of the great things that stopped me from eating was that I was walking for five hours, listening to music or a podcast.

“I learned German and French through podcasts on my walk and I’m pretty proficient in both of them.” 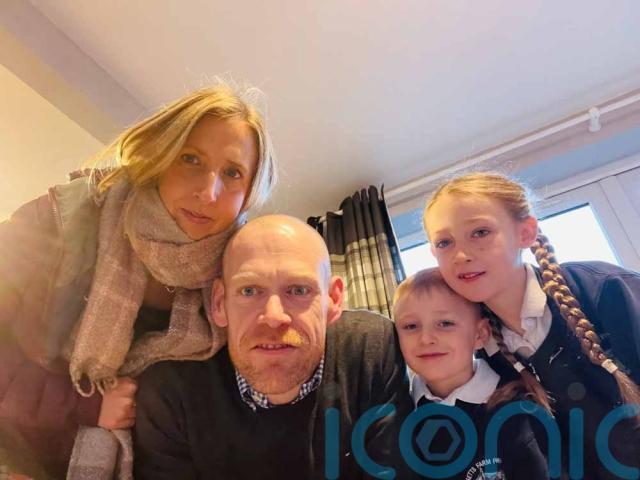 By March, Justin had lost 5st and was halfway to his coveted goal, when he realised that running instead of walking would burn off even more fat.

Able to jog for over a mile without a break, he started running every other morning.

He said: “I realised my plan to transform myself was going to work. It would take a physical and mental toll, but I would succeed.”

He added: “By the end of March I’d lost around 5st and I just got progressively stronger and could walk further and further.

“I was shocked that all of a sudden I could walk 30-40km every day and I wasn’t getting blisters, I wasn’t sore, I wasn’t in pain.

“I kept challenging myself to go further and go faster.” 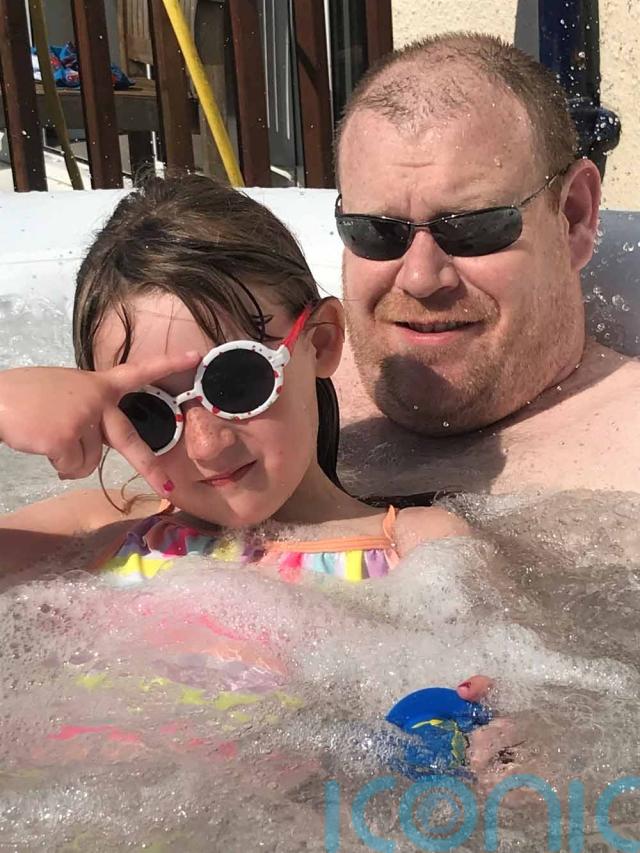 And none of his colleagues recognised him after five months without seeing him.

He said: “My colleagues were dumbfounded. They couldn’t believe it was me.”

He added: “It was really strange!

“Even now, a year later, I still really struggle to accept that I’m not overweight anymore.

“I could barely walk and now I can run a marathon.”

He added: “It’s so difficult to understand that I can do this, I can’t believe it’s me.”

Almost a year on, Justin wakes up each morning at 4am to go for a walk or a run, so he can fit it in around his working hours.

Now at his ideal 13st 7lb weight, he no longer eats just 800 calories a day and once more enjoys treats like chocolate cake, without fearing he will regain weight, because of his exercise regime. 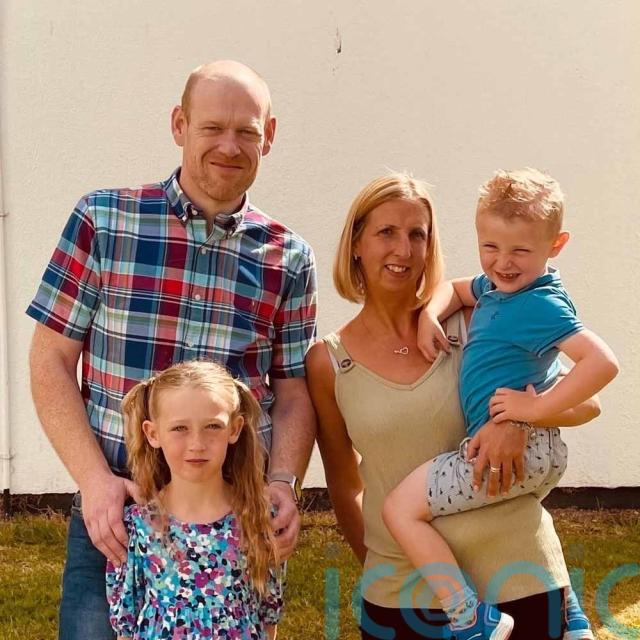 Now he hopes to inspire other people who, like him, believe that they will always be fat to go on that first walk and see where it leads them.

Justin said: “I feel like I’ve been given an opportunity to start life again. I wish I’d done it years ago.

“This is just life for me now. I thoroughly enjoy these walks and runs.”

He added: “I’m no longer afraid of putting the weight back on, as this is the new normal for me.

“I’d plead with anyone who thinks they can’t do it, to just find a way to make it happen. Start with a small walk and take it from there.

“It wasn’t gyms, it wasn’t personal trainers, it was just me who achieved this – which shows that anyone can do it, too.”

His partner Lisa added: “When he set out on his journey it didn’t matter to me if he achieved his goal but his unbreakable mindset is inspiring and I am so proud of him.”

She said: “These diets can be fine for the short-term, but you can lack the nutrients or fats that are necessary for brain and hormonal health.”

She added: “It can lead to yo-yo dieting as it can be difficult to maintain and it can cause people to go backwards and upset the hormonal balance, which can mean they end up putting on more weight.

“But everything is about the individual. Some things can work for one person and not for another.

“If you can keep the momentum and slowly introduce other food sensibly, it can be healthy.

“However, it’s important if you are looking to make drastic changes that you seek the advice of a medical or health expert first.”