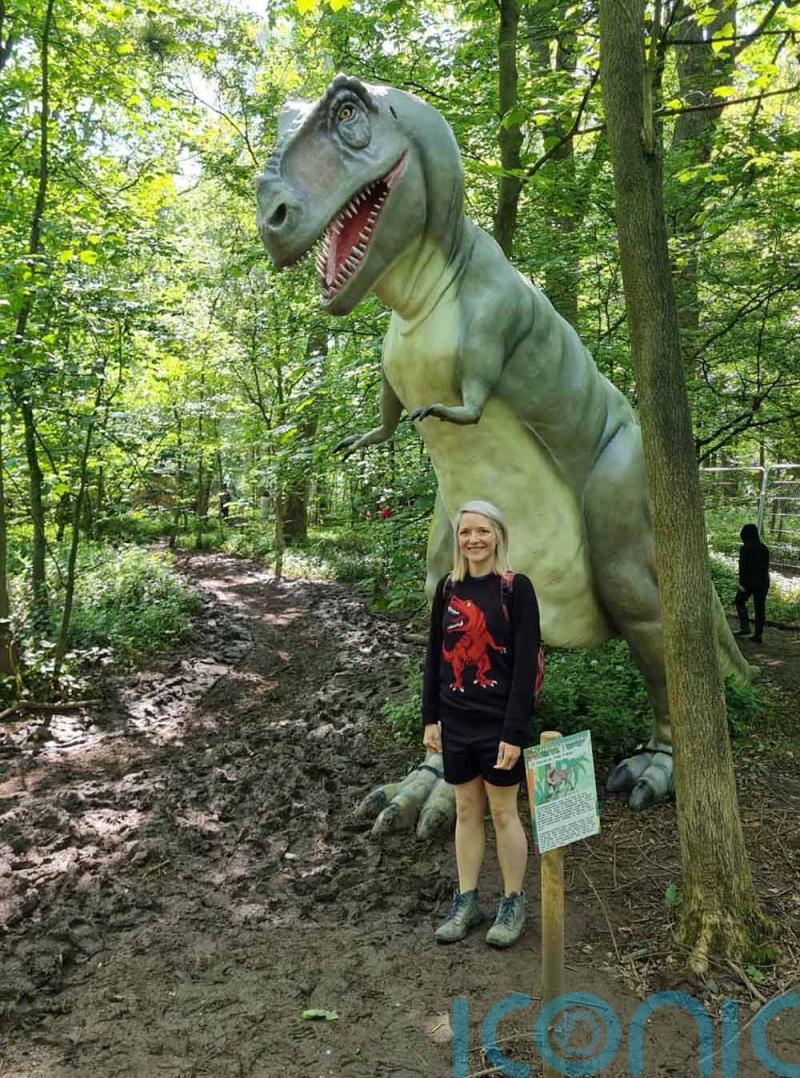 A mum-of-three secretly shed nearly 5st and dropped four dress sizes after ditching her husband’s high-calorie military diet when he was sent overseas.

Charlie Whitford, 35, a Tesco worker from Benson, Oxfordshire, dropped the weight on her own hush hush mission while her husband Adam, 37, was deployed to Afghanistan for five months.

Charlie matched portion sizes with Adam when cooking at home, but when he was posted abroad she made the decision to shift the weight for good – keeping it a secret from her husband so that she could surprise him when he returned. 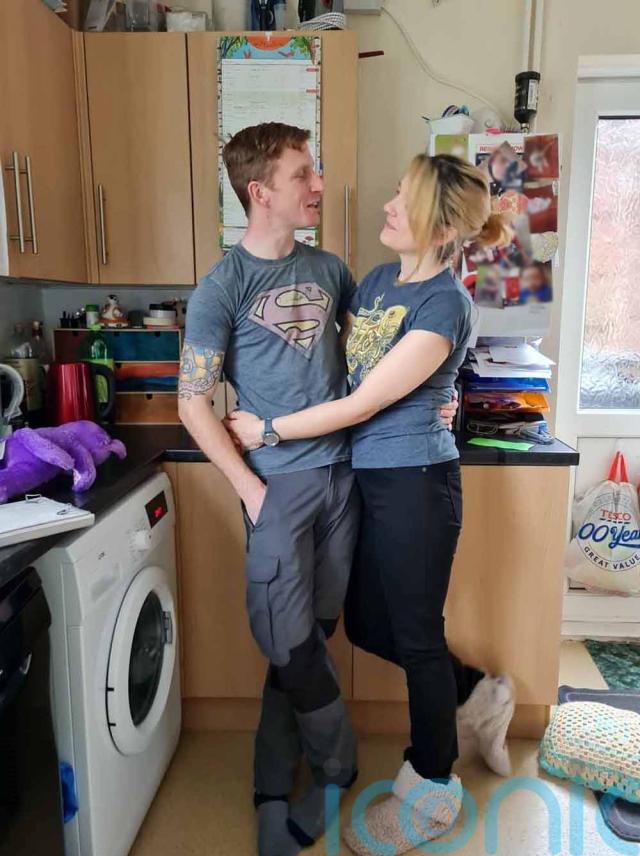 Charlie, who has three children, Morvern, 11, Wilfred, nine and Elizabeth, three, with Adam said: “I spoke to him nearly every day while he was gone, but I didn’t find it hard to hide the weight loss from him.

“I’ve never really carried weight on my face and when we video called it would just be my face on the screen that he could see, so he had no idea until he got home.”

For Charlie it was also vital  for Adam to be 3,600 miles away to stop her giving in to the temptation to eat big meals with him. 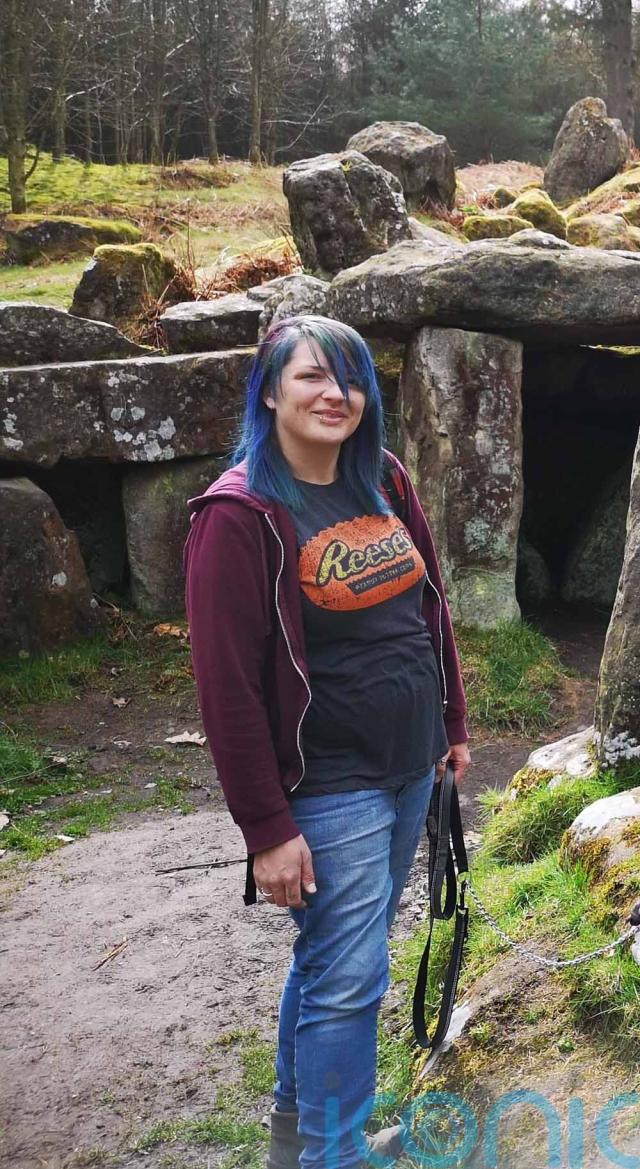 She said: “My husband always eats big portions, because he’s so active. He’s very into being in shape and has to be for his job.

“I’ve never been a big fan of exercise, but I hate to see someone eating more than me, because I like to have big meals, so I would make us the same sized portions.”

But while Adam compensates for his high calorie intake with daily workouts to stay in shape for his role as a nurse in the RAF, Charlie noticed her weight creeping up.

She said: “At the time I didn’t feel great about my body. In the summer of 2020 the kids were joking one day and called me fatty which made me cry.”

For Charlie, her turning point was in August 2020, just as her husband was leaving for Afghanistan.

She said: “I knew he’d be gone for a few months, so I thought it was a good opportunity for me to lose weight without him being here and eating larger portions.” 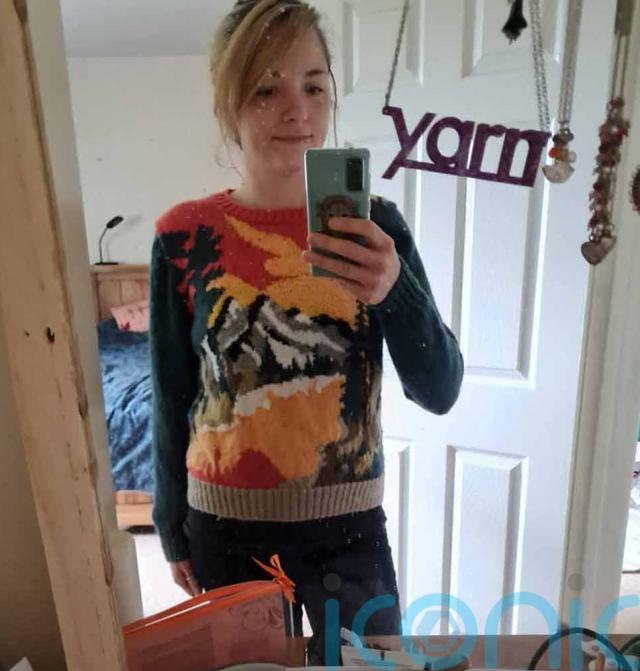 She added: “He loves to snack on chocolate and ice cream late at night and I would always give in and snack with him.

“Without him there, it was a perfect time to start eating well.”

With Adam safely gone, Charlie downloaded a weight loss app, Noom, and began recording her calories in a food diary. 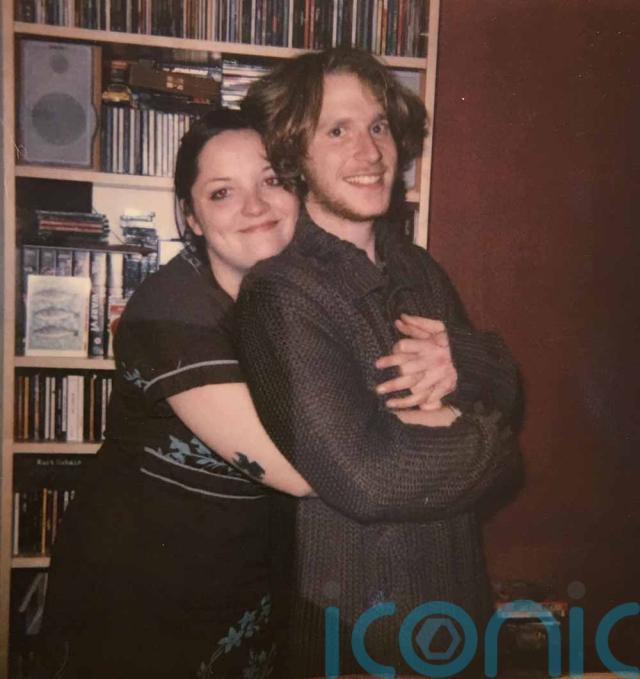 She said: “I had tried loads of other diets in the past, but trying to restrict what I eat never works for me. I knew I needed more psychological help for any change to be sustainable.

“I started checking how many calories I was eating every day and cut back on the crisps and chocolate snacks.

“Instead I snacked on fruit.”

Charlie also worked on her mindset.

She said: “There is also a psychological part to the Noom app that teaches you about why you eat the way you do and trains you to be more mindful when it comes to eating. 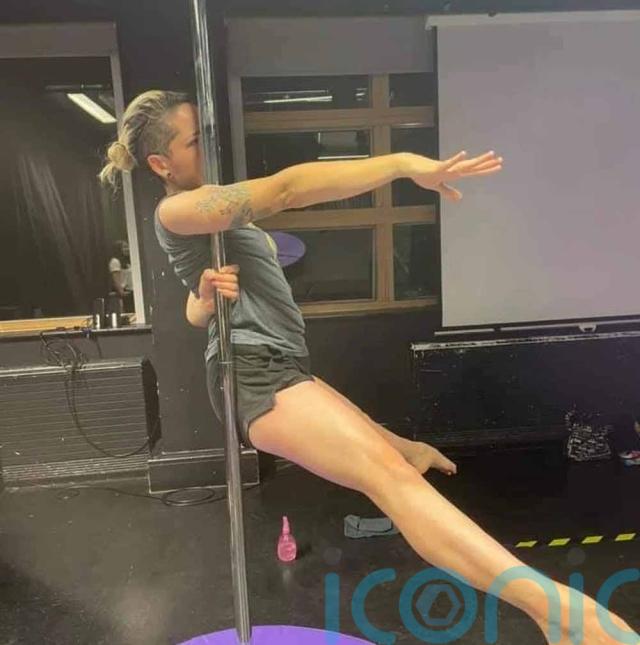 And Charlie upped her exercise levels too.

She said: “After dropping the kids off at school, which is about half a mile away, I’d take the long way home so that I’d walk about 5km every morning.

“At first, it didn’t feel like much but, over time, combined with the calorie counting, I started to notice the weight dropping off.”

By the time Adam was due to arrive back home in February 2021, Charlie had lost 4st 12lb and now weighed a healthy 9st 7lb, wearing a dress size 10.

Charlie said: “When Adam got home he was gobsmacked, he couldn’t take his eyes off me and kept lifting me up in the air.” 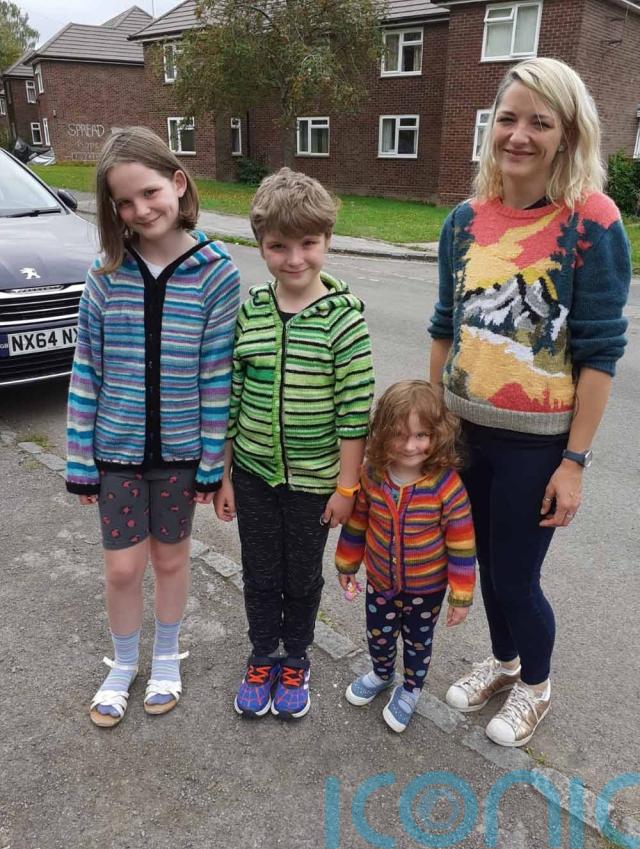 She said; “I no longer eat the same large meals as him.

“If we’re having spaghetti Bolognese for dinner, then I’ll have the sauce with salad and vegetables.

“We don’t eat completely different meals and I don’t deprive myself, but we have variations of the same meal and I just have a small portion.”

Charlie’s weight has increased slightly to 10st  – but that is because she has gained half a stone of muscle, as she now exercises regularly doing weekly pole fitness classes.

She said: “When I look in the mirror, I don’t see a difference so it feels amazing when someone else comments on my weight loss.

“When I first went to my hairdresser after losing the weight, her hands were shaking because she couldn’t believe it.” 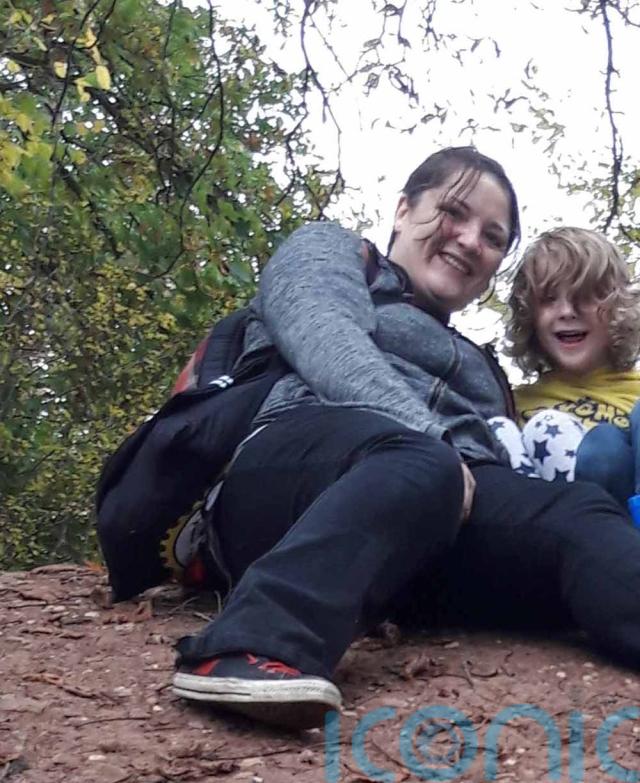 She added: “She even said to me that she was amazed by what I had achieved.

“The kids haven’t really commented but they did used to call me ‘fatty’ which they no longer do, so they must have noticed a difference!”

And Charlie thinks her whole family is happier because she feels better after her weight loss. 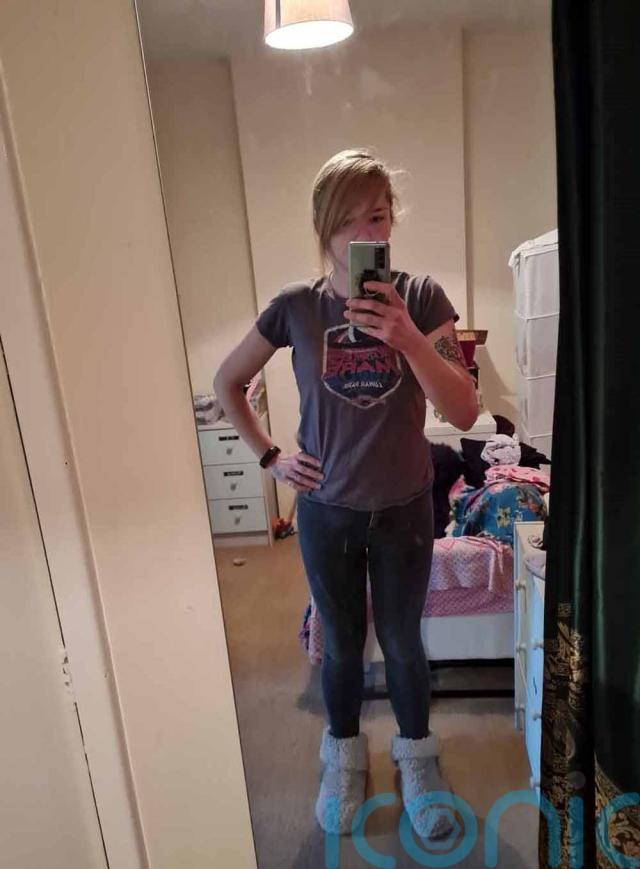 She said: “The changes I’ve made have been great for me and for my marriage, too. I’m a lot happier and I think it’s made us happier as a couple. It’s like a new relationship in a lot of ways because of how much my outlook on life has changed.

“Our kids have also noticed a difference in my attitude. They see that I’m a lot less stressed and grumpy and tired. I have more energy for playing with the kids or taking them out for the day, and being more present and mindful has made me a better mum.”