Businesswoman with 38L breasts feels “like a freak” and barely goes out until she gets support from school mums and 2.9m views on TikTok 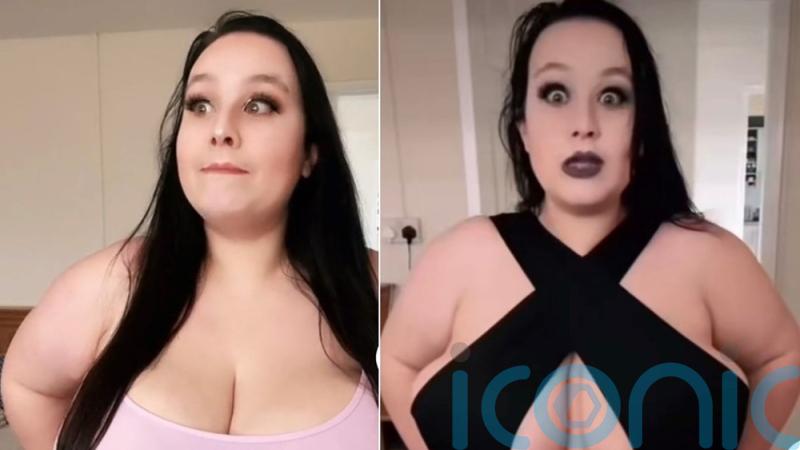 A businesswoman who felt like “a freak” and barely left the house for two years because of her 38L breasts is enjoying picnics with her daughter thanks to support from fellow school mums and a confidence-boosting 2.9m views of her first  TikTok video.

Wearing a 38G cup for most of her life, Lucy Luxor, 35 – her TikTok name – says she was used to weathering uncomfortable stares and vulgar comments, but when her breasts reached a  38L after her daughter Molly was born in 2016, she became so anxious she would not even brave the supermarket.

But after years of hiding away, when Molly, five, started school in September 2021, Lucy, of South Somerset – whose breasts are so heavy she needs fortnightly massages to ease the strain on her back – fellow mums persuaded her to start venturing out again.

Lucy, who started posting videos documenting her daily struggles living with L-cup breasts on TikTok in March which have gone viral, also receives constant encouragement from her partner, Mark, 50, who she runs a waste management company with, saying: “After I gave birth to Molly, I didn’t feel like myself anymore.

“I couldn’t even walk down the street without people staring at me.” 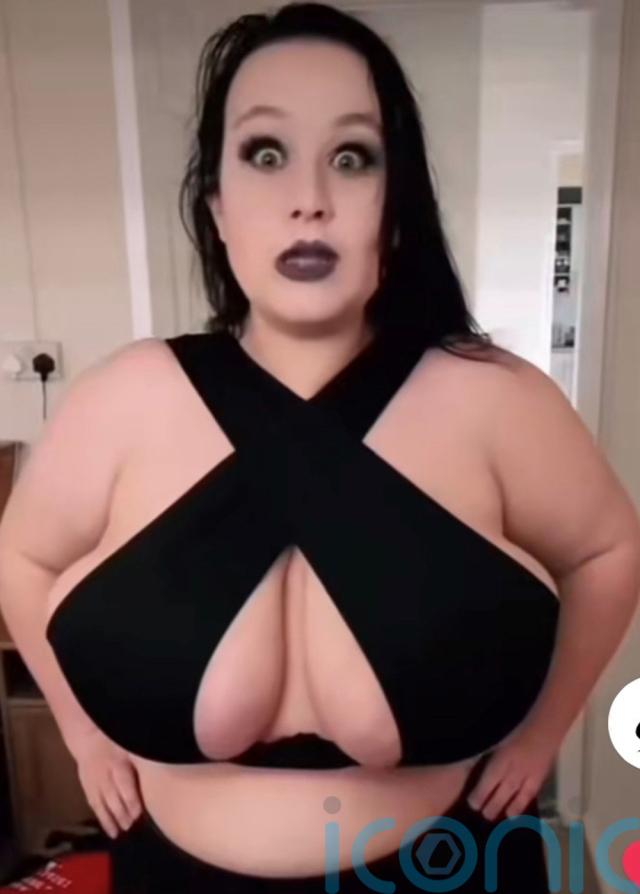 She added: “For a good two and a half years, I didn’t go out unless it was to care for an elderly family friend at the weekend – but I would literally get in the car, go to the house, then come straight back again.

“But when Molly started at her village school, I met so many lovely parents. They encouraged me to come to the park after school and do more things with Molly and them.

“These people have made me feel so comfortable going out that even if I do  get anxious, they don’t hold it against me. They are so supportive.”

Even as a youngster, Lucy had a large bust – with puberty boosting her cup size from a B to an E when she was just 14.

“I have always felt like a freak to be honest,” she said.

“It was awful at school. I would get chased to the bus stop by a certain lad who was obsessed with me.

“It would get me attention when I was younger and sometimes I would take advantage of that, but having massive boobs is not all it’s cracked up to be.

“I remember being a teenager and men walking past staring.

“I get it, the staring comes with the territory, but it’s the prolonged staring – it made me feel like an absolute freak.” 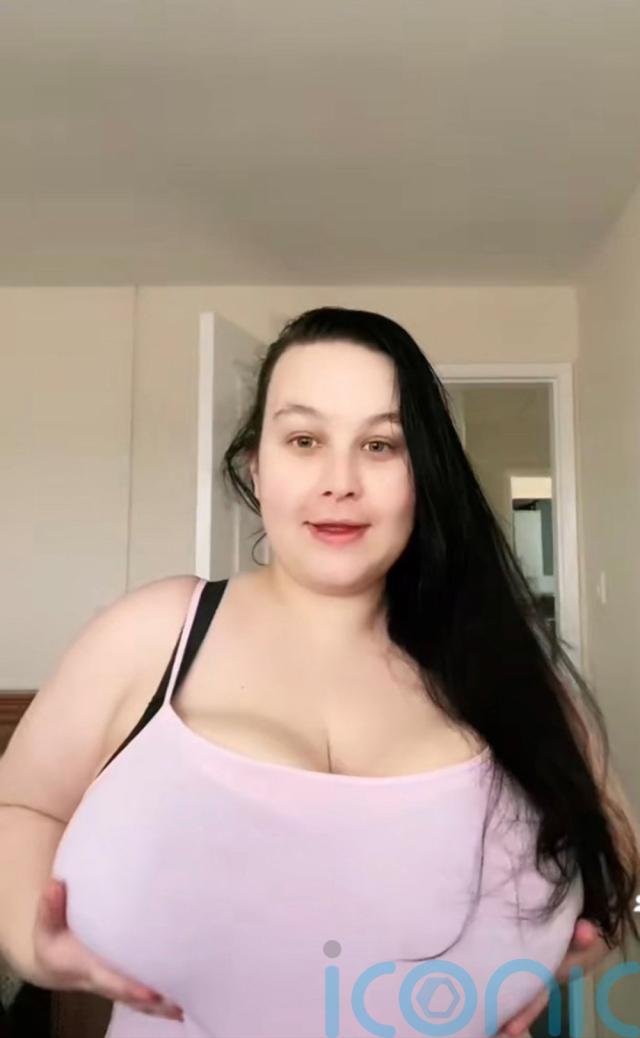 Then, when Molly refused to breastfeed, Lucy’s bra size soared to a 38L.

“Molly wouldn’t breastfeed, so they were just getting bigger and bigger,” she said.

“After coming out of hospital, I wasn’t really wearing bras at first. Then, when I tried, I had to keep going up a size.

“I started to think, ‘Oh my god, they’re not gonna go back to how they were’.

“I stayed at a K-cup for ages because I was in denial and couldn’t accept I was an L. But in the end I had to, because I kept spilling over the top of the cups.”

Aside from the stares and judgement, the physical pain of having such a large bust cannot be underestimated, according to Lucy.

She said: “I have back pain every day, but some days, I physically cannot walk because I am in agony.

“I have to have a massage every two weeks to help my back.

“I am privileged to be able to afford that luxury. Most women out there with bigger boobs can’t do that.

“It is hell, but I am lucky, as I work from home in a tiny village where I have a car and don’t have to get public transport.” 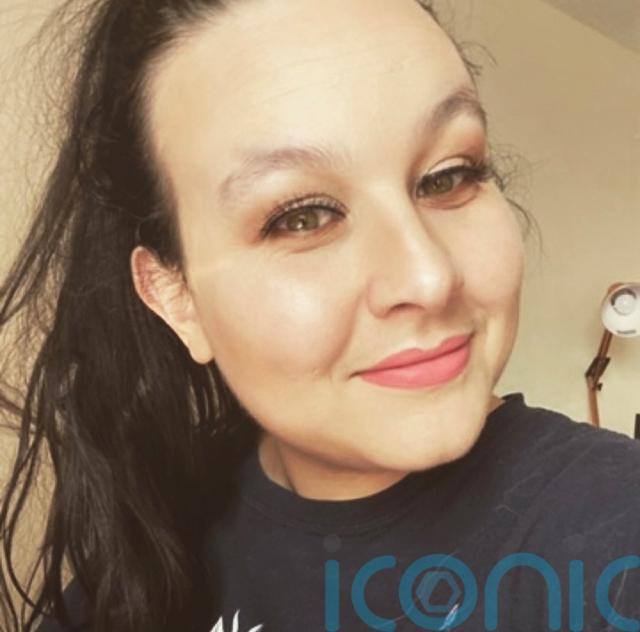 Lucy also says her breasts make a long list of everyday tasks a struggle – from sleeping to cleaning and cooking.

“I made the mistake of going to bed naked one night – instead of wearing pyjamas,” Lucy laughed.

“I just rolled over a bit too quickly and I got slapped in the face by my boob, like being hit by a heavy pillow!

“I can’t sleep on my back or front, so I always have to sleep on my side to be comfortable.”

“Even peeling potatoes or washing up is really painful because I have to lean over.” 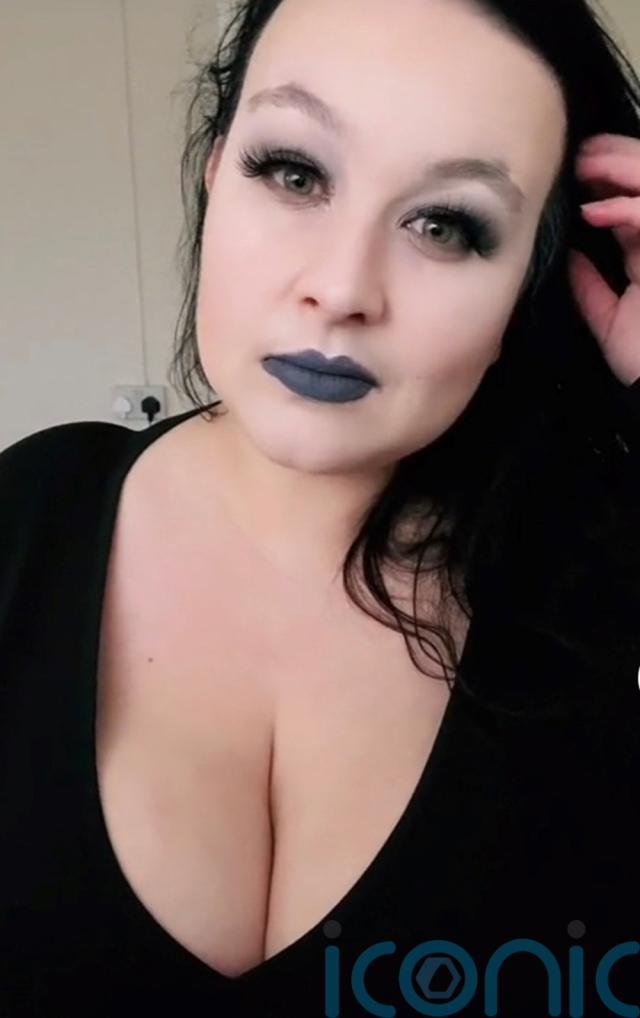 She added: “And when my daughter wants to be picked up, she has to sit on top of my boobs instead of my hip, because she wouldn’t be able to fit on it. ”

After one scarring experience in a bra shop on the high street, Lucy is now limited to shopping for bras online – although she says the results are often disappointing.

She said: “I was in my 20s when I went for a fitting once and the woman came out and loudly said to my friend in the changing rooms that nothing would fit me. I was so embarrassed.”

Lucy added: “Now, I just put my size into Google and hope I find something my size or I scour eBay.“I usually spend between £40 to £60 every six months on a new bra.”

She added: “They might look nice in the picture and on the model, but once they upscale the size they lose their appeal – believe me. They just like big granny tents.”

Preferring to wear oversized t-shirts and hoodies to cover her chest most days, Lucy also struggles with buying dresses.

“Everybody seems to think you should be grateful for big boobs, but the novelty wears off.

“I hate it in the summer because I want to wear a vest top, but if I do, I have to be prepared for the stares, because I can’t hide the fact I have got big boobs.” 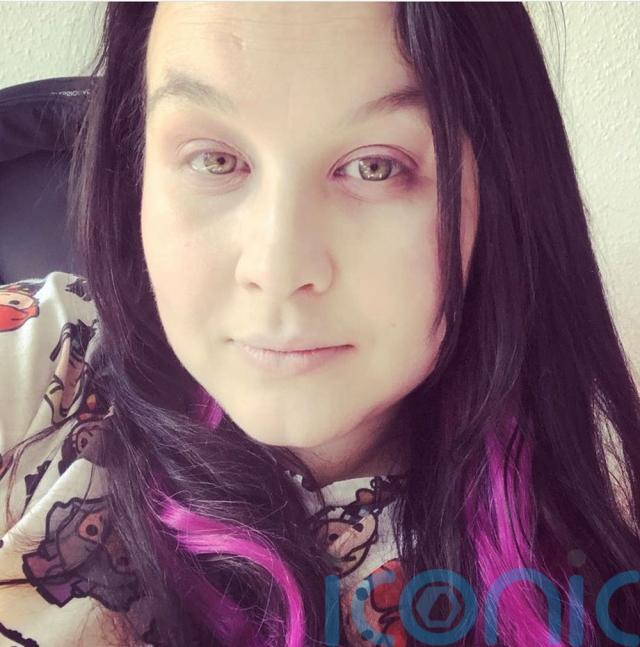 Even weather changes cause Lucy difficulties, with poor circulation meaning she is often in pain in colder temperatures.

She said: “My boobs really, really hurt when it gets cold, because they are so far away from my body that my body doesn’t bother to send blood there.

“It feels like they are being stabbed or pinched really hard.

“I try to keep them as warm or use things like hot water bottles.”

Lucy is also infuriated when people suggest she needs to lose weight to reduce the size of her breasts. 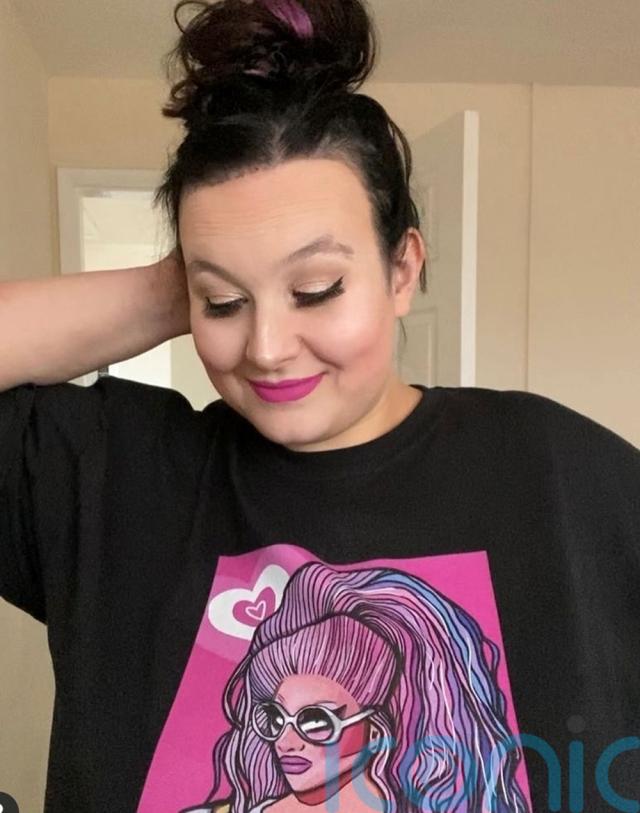 “I’ve lost 17kg since lockdown so far and I haven’t lost even a centimetre from my boobs,” she said.

“I can’t just click my fingers and be thin and even if I was, I would still have big boobs.”

While Lucy would like to have a breast reduction one day and dreams of having C or D-cup breasts, it is not something she feels able to do at the moment.

She said: “It’s not something I am ready to do at the moment.”

“It takes six weeks to heal after a reduction and I don’t want to miss any time with my daughter.” 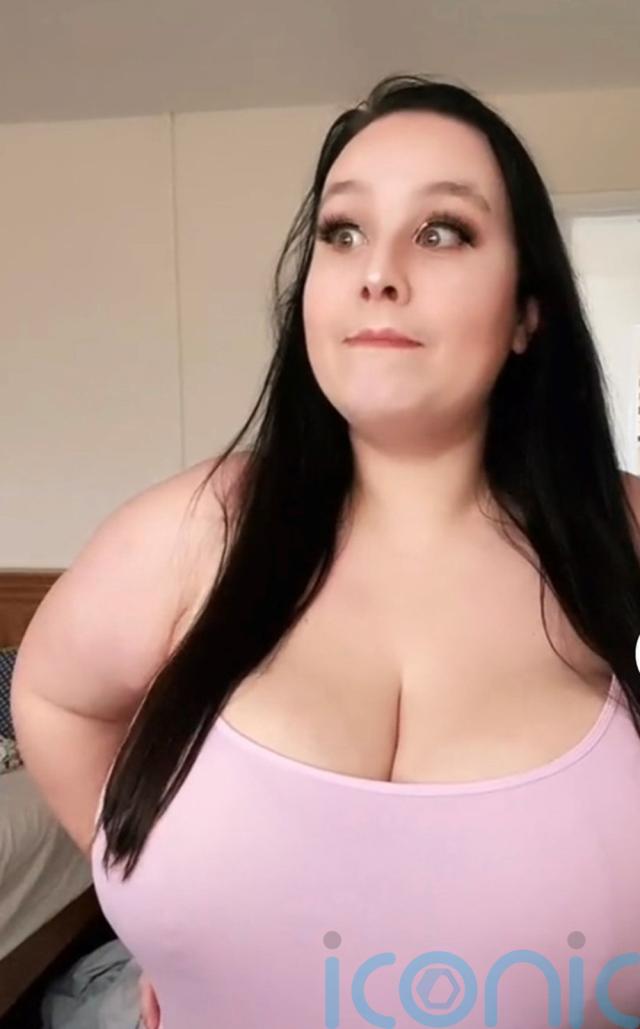 She added: “Surgery isn’t always the right choice. It’s not a quick fix, it doesn’t solve the mental health side of you feeling like a freak.

“When I enquired previously about it, the surgeon said, when he chops your boobs off, you then have to look at your stomach and your c-section scar. It doesn’t suddenly solve the way you feel about yourself.”

After years of feeling like a “freak” and enjoying the isolation during lockdown when she did not have to face anyone, Lucy is enjoying the freedom she feels since fellow school mums have given her the confidence to go out.

She said: “They have encouraged me to go out and about more and are so supportive.

“We have gone to an animal park, a public park and out for picnics to the beach now.”

She added: “I have even bought a swimming costume, which I’m too scared to put on but I want to try for my daughter’s sake.”

Joining TikTok in 2019 has also been a huge boost for Lucy, who uses the  name @LucyLuxor.

She recently became a viral sensation for sharing her daily breast-related struggles in a series of hilarious videos.

“What’s nice though is the reaction has mainly been from other women who are struggling with the same issue, or can relate to it. Even women at the other end of the scale with tiny breasts have joked that they will never complain again about having small boobs.”

She added: “I’m all about female empowerment and feeling better about ourselves and it has definitely helped me to not feel so alone.

“I want other women who are unhappy with their bodies to know that it’s not always greener on the other side,” she said.

“Even if they decide to get a reduction or bigger boobs, to know that it doesn’t mean they won’t still have issues or it will solve the mental health side of it.

“We just need to be happier in ourselves.”