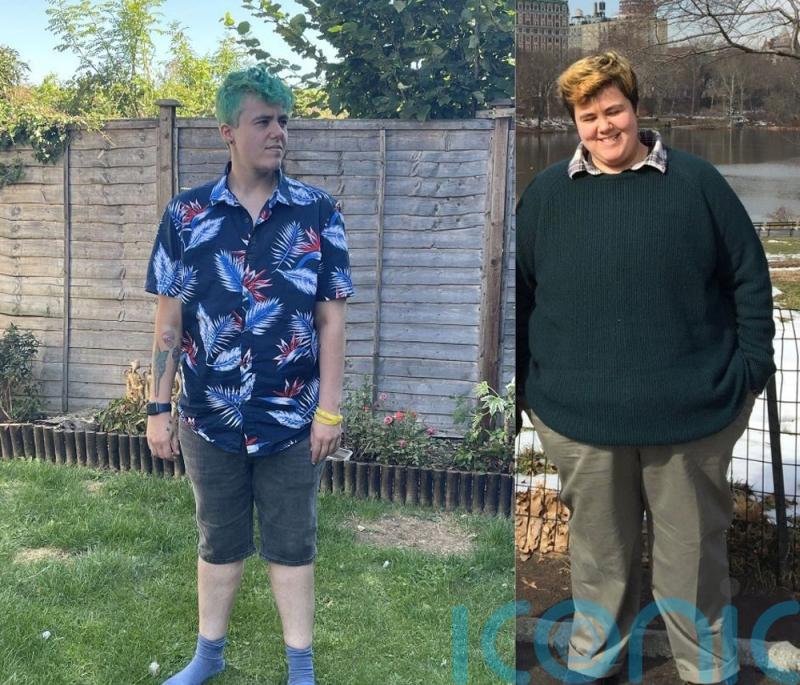 A 25st 5lb trans chef who “ate on his feelings” thinking he was “a crackpot” for wanting to change gender lost 13st  5lb after drastic bariatric surgery and now needs £10k to have his “flab” and DD breasts removed.

Campbell Price, 26, describes the gastric sleeve operation he had in May 2019 to reduce the size of his stomach, so he requires less food to feel full, after six years on the NHS waiting list as “life-changing.” 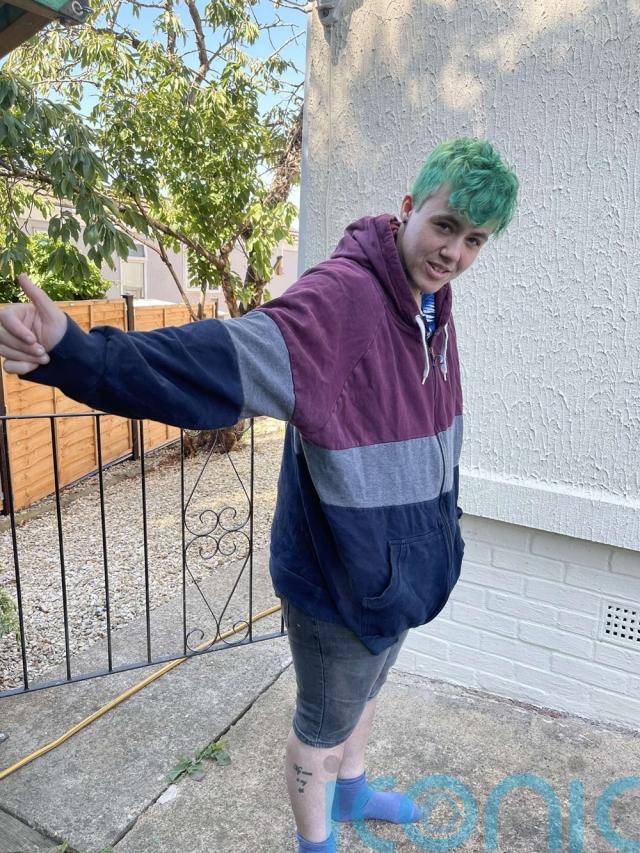 But Campbell, of Oxford, whose partner Tiegan Millard, 22, is a cinema host, says the drastic weight loss has left him with loose skin on his tummy, arms and legs, adding:  “Losing all that weight was incredibly important, but I hate the excess skin I’m left with.

“Top surgery to remove my breasts is the most important thing, though.

“I wear a binder. It’s painful and it would be nice to take my t-shirt off on a hot day.” 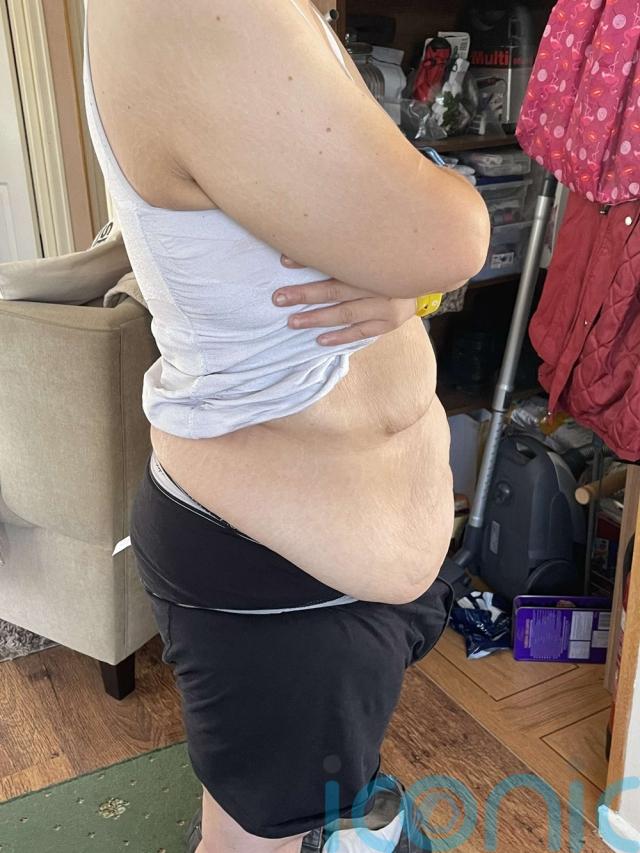 He added: “Even showering, it’s difficult because they are just there. I had pretty huge boobs, so holding it all in isn’t nice.

“Getting top surgery would be life-changing. It would make me even more confident in myself and about who I am.”

Already, Campbell’s transformation has been remarkable – taking him from a 54in waist and  wearing XXXL t-shirts to a snug 36in waist and a size M on top. 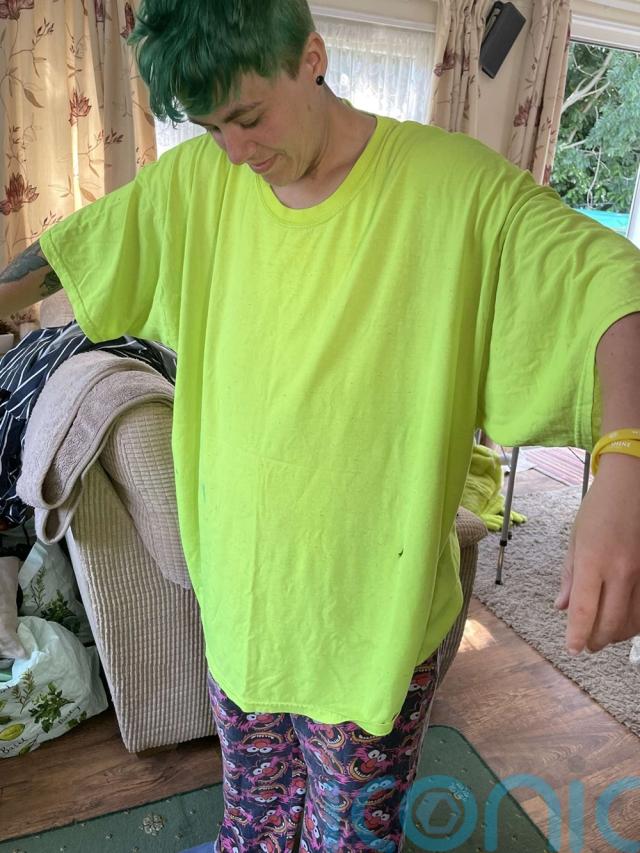 He has also been receiving testosterone treatment privately since September 2019, enabling him to grow facial hair for the first time.

But, accepting who he is has been a long and painful journey for Campbell, who first started dressing as a man in Year 6, aged 10, and was fascinated by the 2006 Hollywood film She’s the Man, where the main character disguises herself as her twin brother in order to play in a football tournament.

He started trying to supress his feelings using food and, aged 14, began gaining weight – binge drinking 10 litres of full fat fizzy drinks each week and ballooning from 14st to 25st 5lbs by the time he was 19. 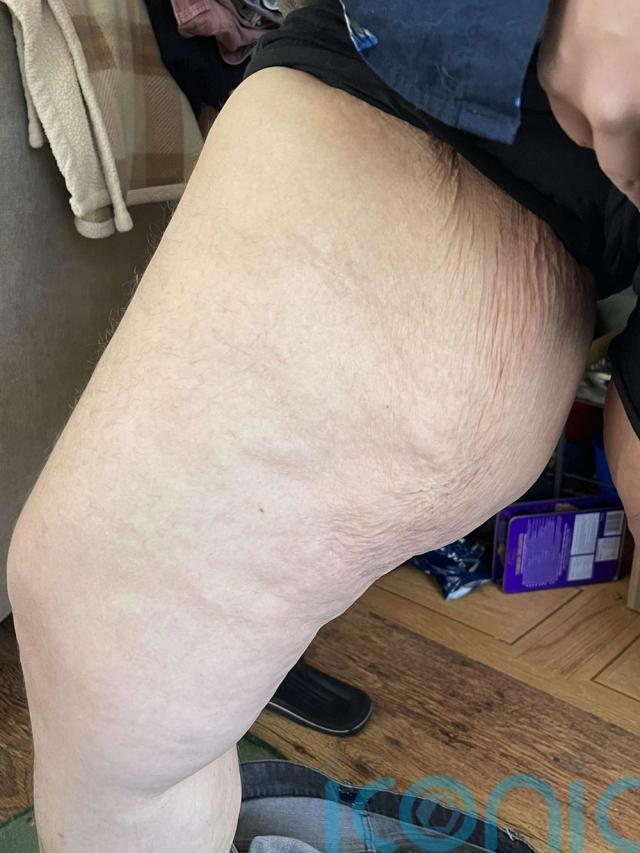 He said: “Fizzy drinks and not eating good food were what caused me to balloon. I used to eat lots of junk food like crisps and chocolates.

“I used to eat chocolate and drink full fat Coke.

“I was unhappy with my weight, but decided to eat my feelings away.” 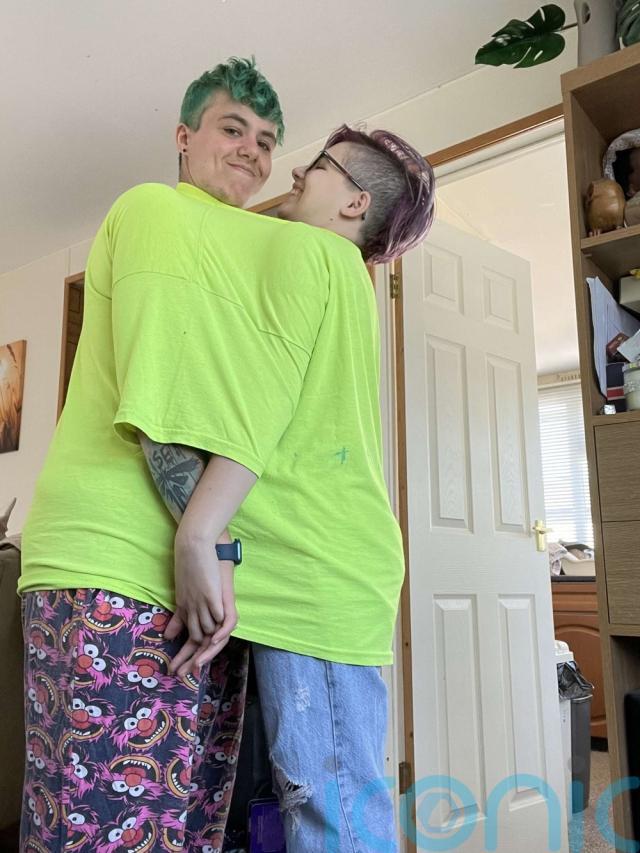 He added: “It was tough for me at the time, because I always thought that wanting to be a man was odd, and I’d never seen a trans man before.

“I thought I was a crackpot.”

In 2016, aged 20, Campbell decided to come out as trans, although it was not until 2019 that his life really changed when he had bariatric surgery at Oxford’s John Radcliffe Hospital.

Three months later, in August, he changed from his birth name to Campbell after hearing it on TV and liking it.

And, in September 2019, after months of saving up, he decided to go private and begin his transitioning process, as he felt he could not wait any longer for treatment on the NHS.

He said: “That year was a really important one in my life, because over a few months everything started changing for me.” 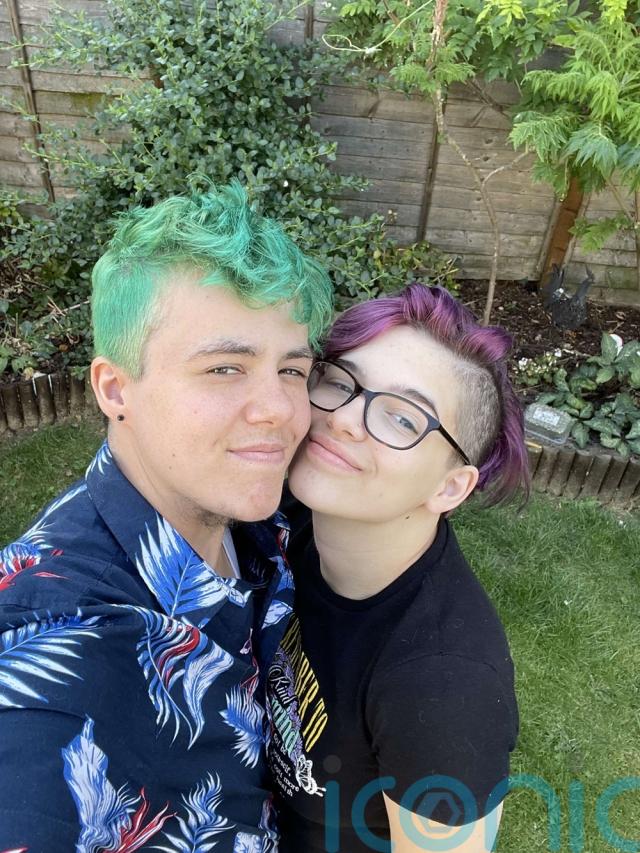 He added: “It was tough because everything I needed had a very long waiting list. I had been waiting for the gastric sleeve surgery since I was 18 and the waiting list for hormone therapy is five years as well.

“But that summer I decided I needed to do it, because it was right for me, so I went private.”

The changes were both instant and “remarkable,” according to Campbell, who went from a 54in waist to 46in in just six months.

Weighing 12 stone by July 2021,  where he has plateaued, he felt energetic and confident for the first time in his life.

Campbell, who also quit drinking fizzy pop for two years, said: “I was in pain after the surgery, but I felt good and I felt hopeful.

“I knew that my life was going to get better. There was something to live for.

“I think I must have been five years old when I was last able to wear a size M top!” 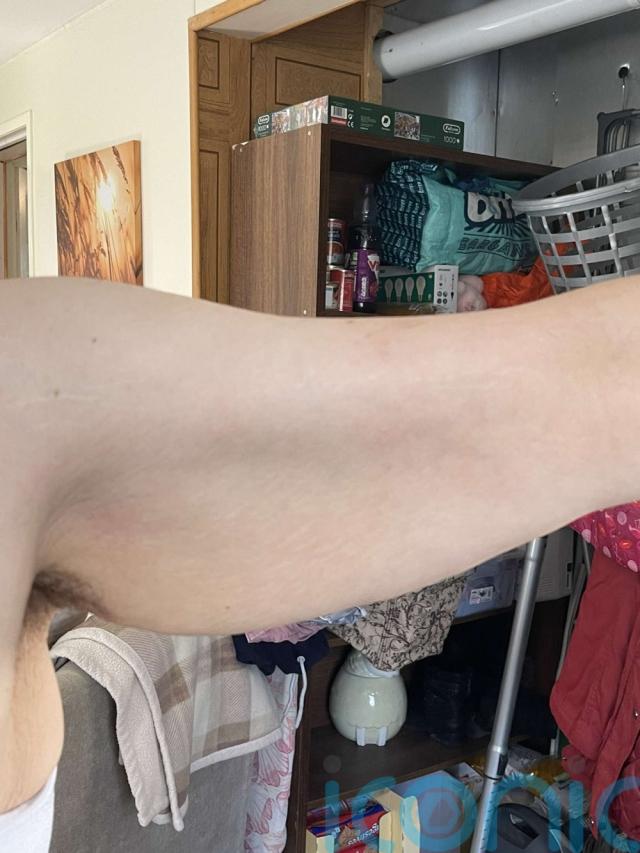 He added: “I had so much more energy and people said I was more confident.

“I also started to go out more – but I don’t know if that’s all about my weight or if  changing my pronouns helped, too.

“I never really went out at all before this. I used to go to work or college and never went out until I absolutely had to.” 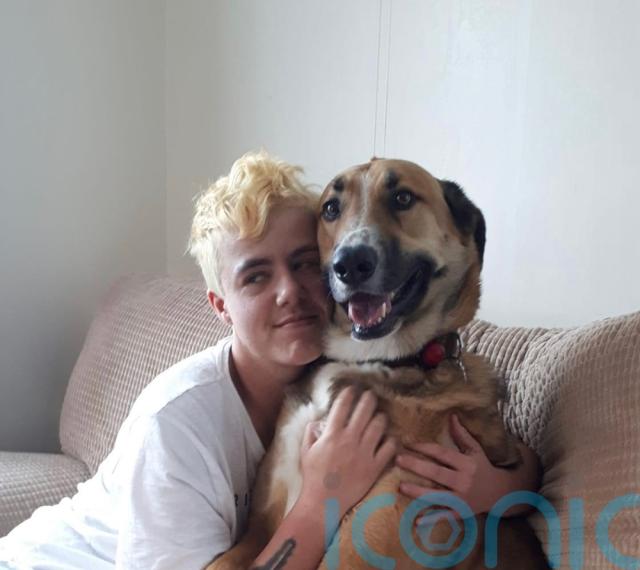 As he started growing facial hair, Campbell also felt more like the person he wanted to be.

He said: “I felt so good.  I felt like me. I started growing facial hair, well more like fluff, and my voice started getting deeper. My legs got hairier, too.

“This is who I was always meant to be.” 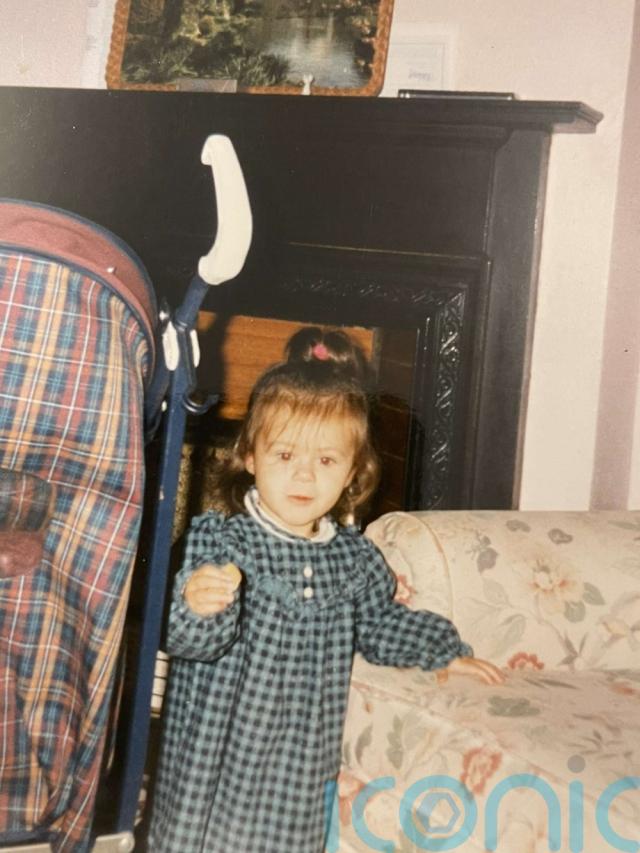 He added: “Even my mum said I am more me now.

“My mum has been so supportive, it’s been good. Going through things like the surgery and therapy, her opinion was the most important one to me.

“My best friend, she was always by my side and she said she wasn’t surprised.”

While his transformation has been incredible, Campbell says a double mastectomy to remove his breasts and surgery to take away his excess skin would be the final piece of the jigsaw puzzle to make his identity complete. 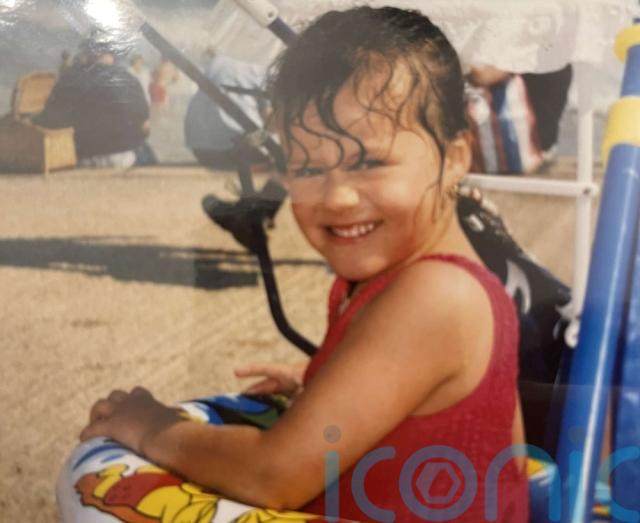 But with the combined surgery quoted at around £10K, he has launched a GoFundMe page, hoping that kind strangers will help him to raise the funds.

He said: “I have so much flabby and excess skin under my arms, on my legs and on my stomach. I lost a lot of weight very quickly and it’s really tough, as I have  massive bingo wings which hang down about three inches.

“But most importantly, I need to have top surgery.” 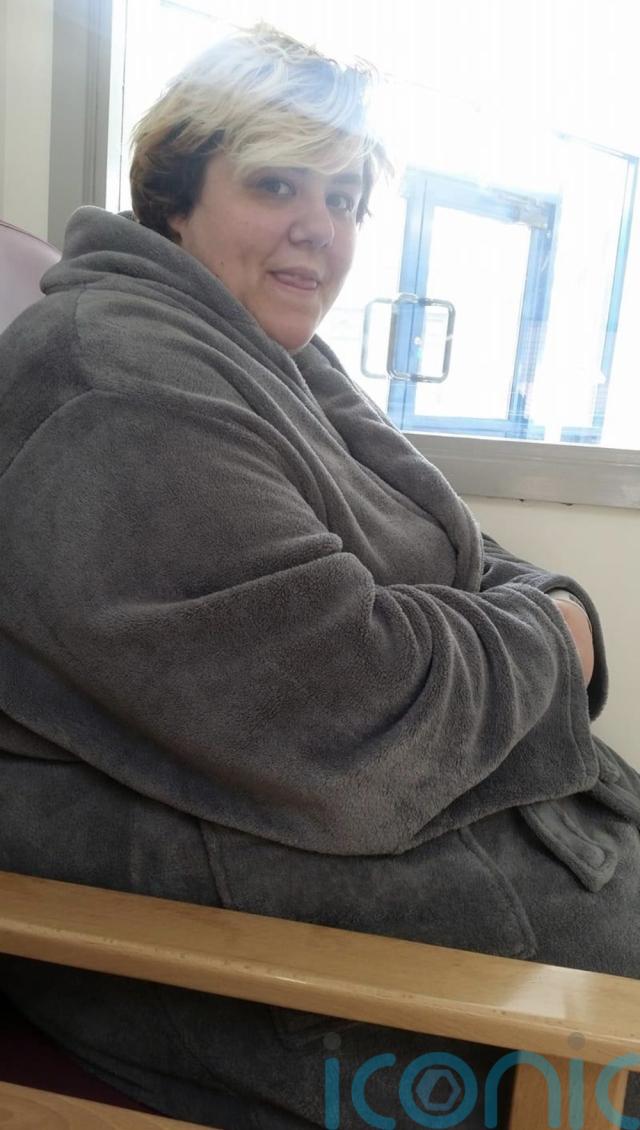 Now able to see the light at the end of a long tunnel, as he has battled to find his true self, he cannot wait for people to simply see him as “a man called Campbell.”

He said: “I have lived as both sexes and transitioning has allowed me to see how both lived.

“No one chooses to be trans, it’s such a tough journey. But this is something some people need to do for themselves.”

He added: “I just want to live as a man. I would love people to just see me as Campbell, as a man.”

If you want to donate to Campbell’s fundraiser, click here: https://www.gofundme.com/f/campbell-achieve-surgery