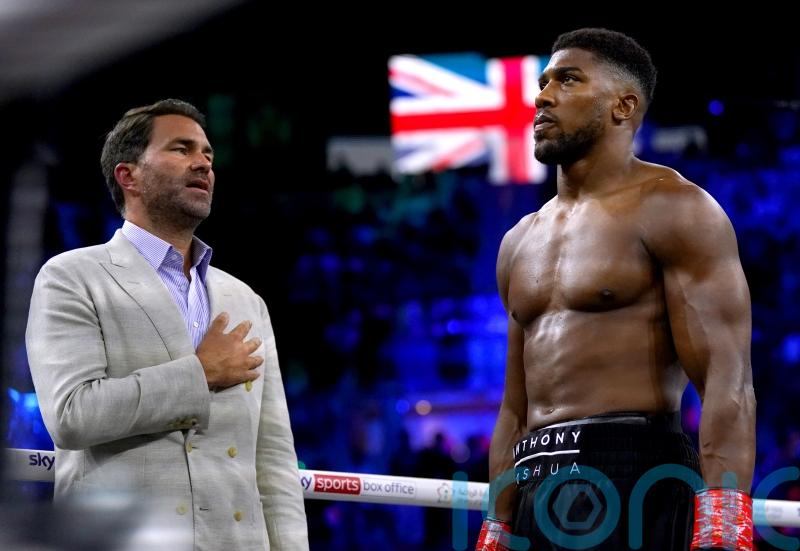 Promoter Eddie Hearn doubts whether Tyson Fury is serious about his offer to face Anthony Joshua for the WBC heavyweight title, but will aim to make the fight if he is.

On Monday evening, Joshua had responded to Fury after the champion posted a video in which he gives the Londoner “a few months’ notice” to prepare for “a battle of Britain”.

Joshua suffered a second consecutive defeat to Oleksandr Usyk in Saudi Arabia last month, with the Ukrainian since indicating he does not intend to return to the ring until 2023.

With a showdown against Usyk appearing off the table, in the short term at least, Fury – who claimed to have retired in April when he successfully defended his world title by stopping Dillian Whyte at Wembley – appears to have turned attentions towards another all-British clash.

Joshua’s promoter Hearn had previously said they were considering options for a return early next year, but suggested if the offer from Fury’s camp stood up, then it could happen.

“Fury’s outstanding at getting the public to believe absolute nonsense,” Hearn said on talkSPORT. “It worries me actually what people do believe, if you look at the timeline over the last two or three weeks, it’s unbelievably bizarre.

“Personally, I don’t believe Fury is serious about this, but if he is, which I said to the Warrens last night, 100 per cent we will sit down and make the fight.”

Matchroom chairman Hearn continued: “I would love to get really excited about this, because it’s the fight that I get stopped in the street for more than any fight that could be made and it’s a fight that AJ has wanted for a long time.

“Don’t forget, we signed for this fight last year before the arbitration forced the Deontay Wilder fight for Tyson Fury.

“The message is quite clear from AJ, we don’t want to get involved in a backwards and forwards, we want the fight, it’s the fight he’s wanted for a long time.

“We had plans after the Usyk defeat to come back in December and then go again in March, get active and get the rhythm going again and then try and fight for the world heavyweight title. 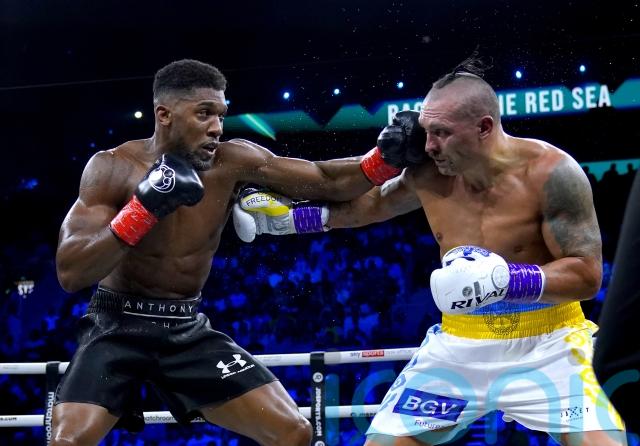 “But, I know having spoken to AJ, if that fight is there and they’re serious, which I have my doubts about, but for the good of trying to make it happen let’s believe Tyson Fury.

“I said to George Warren from Queensberry last night, get the details and the offer over to us and I’ll take it to AJ, he’s ready to go.

“We didn’t expect this opportunity, but it’s a great opportunity to fight for the world title in the biggest fight in boxing and we will definitely look at it.”

Replying to a Twitter post during Tuesday morning about his proposed showdown with Joshua, Fury said “This is easy fight to make normal champion to challenger privileges, & I’m 100% serious. Let’s rumble UK”.

Fury’s promoter Frank Warren said they were set to send a “written offer” across to Hearn on Tuesday, with the proposed bout to take place “in the UK and hopefully in November.”

Warren added on talkSPORT: “It’s us who have made the approach to give AJ a great opportunity to get himself back into the top level against the world champion Tyson.

“He’s willing to make that voluntary defence, so we’ll send the offer across today and then they’ll have to look at it and decide whether they wanna grab this with both hands.

“To his credit he has come out saying that he’s up for it. I’m not bad-mouthing them or the other side, all we’re interested in doing is making this fight.”