Official Opening of ‘The Exchange’ in Carlow this weekend 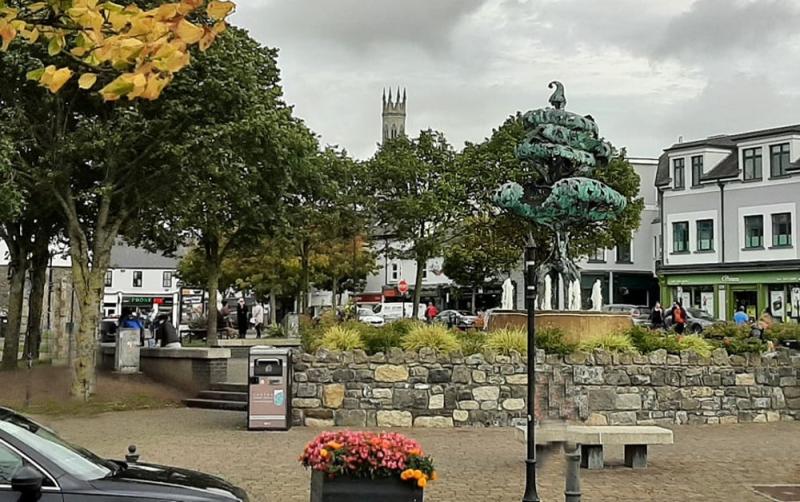 ‘The Exchange’ will be officially opened in Potato Market in Carlow Town on Friday September 23 at 10am.

Carlow County Council have announced that a new multi-functional events centre named ‘The Exchange’ will be officially opened in Potato Market in Carlow Town on Friday September 23 at 10am.

The Exchange is a semi-covered outdoor space of 332 square meters which has been designed to be a new, unique and innovative event space in the heart of Carlow Town.

With the potential to host a range of social, cultural and educational events, this project will bring increased footfall to the town centre and offers a new space for the enjoyment of the community.

It is hoped that the people of Carlow and its many wonderful organisations will embrace this facility and see it as a space to host a range of community and cultural activities such as outdoor cinema, conferences, crafts exhibitions, dance and musical events, poetry and drama, lectures and science and technology exhibitions.

The Exchange will also be the new centrepiece of the Carlow Farmers Market.

This new facility has two access points, with an architecturally unique and visually appealing raised roof structure aimed at maximising light and creating an attractive vista.

The Exchange will be officially opened by Cathaoirleach of Carlow County Council, Cllr. Brian O’Donoghue, at a special event on Friday September 23 at 10am. This official opening ceremony will be attended by many of the local stakeholders who supported Carlow County Council’s redevelopment of this key town centre site.

“The Exchange will be a wonderful amenity for Carlow Town and county. It will bring renewed life to an important part of Carlow town centre and has been cleverly designed to maximise its use by the local community.”

“This project is a statement of intent, highlighting the ambition within Carlow County Council to regenerate and transform the town centre.

“I would like to acknowledge and thank all stakeholders including the elected members who supported the development of this facility through the planning and construction stages. Through the URDF funding already secured I look forward to further regeneration and enhancement of our principal town.”

Funding for this project was secured through the Town & Village Accelerate Scheme and the Department of Tourism, Culture, Arts, Gaeltacht, Sport and Media and Open Public Spaces Scheme.

Event bookings for The Exchange will be organised by Carlow County Council’s Economic Development Department and interested users are encouraged to make enquiries via Pierce Kavanagh on enterprise@carlowcoco.ie or by calling 059-9129783.