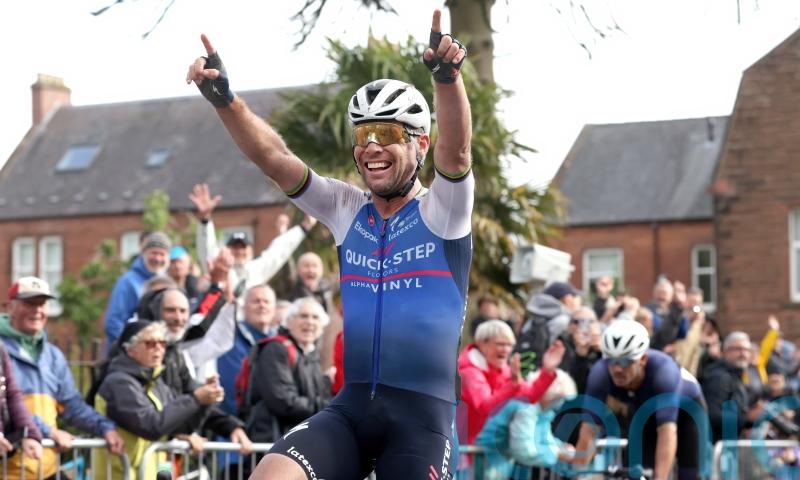 Mark Cavendish has not been handed a Tour de France place, his QuickStep-AlphaVinyl team have confirmed.

Cavendish had harboured outside hopes of breaking the all-time stage wins record he shares with Eddy Merckx this summer after winning the British National Road Championship title on Sunday.

But, as expected, the 37-year-old has been named as a first reserve alongside France’s Florian Senechal, with his team announcing first-choice sprinter, Dutchman Fabio Jakobsen, will make his maiden Tour de France appearance.

Cavendish admitted after Sunday’s triumph in Castle Douglas that he was not optimistic of competing at this year’s Tour, which starts in Denmark on Friday, but was still waiting to hear.

“Concerning our reserves, we must stress out that they showed a lot of professionalism, continued to train and remained focused in these past couple of weeks, and even brought two victories at the Nationals.”

Cavendish, who will remain on standby until Friday, was also named as first reserve for last year’s Tour de France but landed a place after team-mate Sam Bennett withdrew due to a knee injury.

The Manxman seized his chance by winning four stages in his first Tour appearance since 2018 to equal Merckx’s record of 34.

Cavendish said on Sunday after winning his second National Road Championship title that he was in better form than last year.

“I know if I went I’d win (stages), but I know if other guys get in the team they would win. I’d just be happy with whatever,” he said.

QuickStep-AlphaVinyl also confirmed world champion Julian Alaphilippe had been left out of their eight-man team.

Alaphilippe broke two ribs and his shoulder blade and also suffered a collapsed lung after hitting a tree during the Liege-Bastogne-Liege one-day race in April and is not yet back to “100 per cent”.