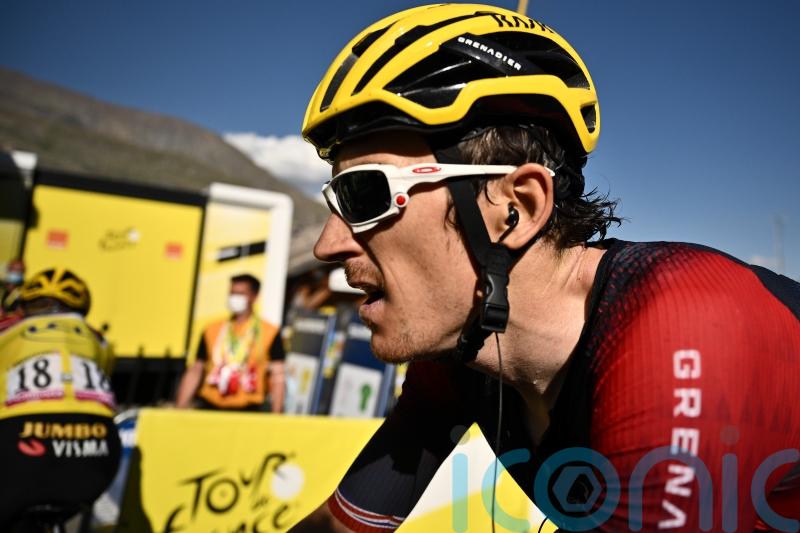 Geraint Thomas will keep believing in his chances of winning a second Tour de France this week but knows he faces an uphill challenge to dislodge race leader Jonas Vingegaard and defending champion Tadej Pogacar in the Pyrenees.

Thomas reached Monday’s final rest day third overall, two minutes and 43 seconds off Vingegaard in yellow, and 21 seconds behind Pogacar, who appeared on course for a third straight title before suffering on the Col du Granon on Wednesday.

Thomas, the 2018 Tour winner, has seen his deficit to yellow double in the last week but said he would keep fighting until Paris, with one eye on Saturday’s lengthy time trial – almost 41km between Lacapelle-Marival and Rocamadour – as an opportunity. 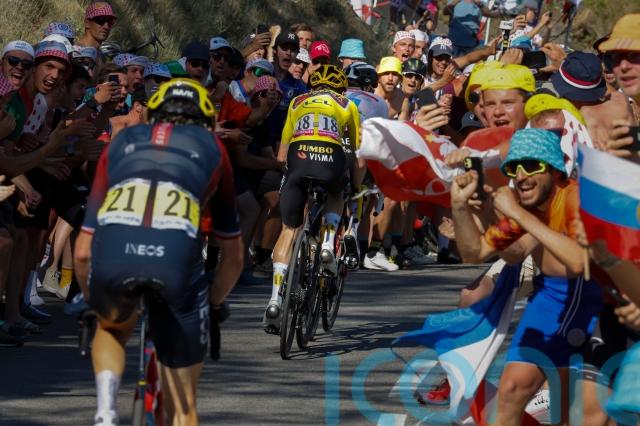 “It’s certainly going to be difficult with two incredibly strong riders in front of me and not just one,” Thomas said. “We’ve got to keep believing as a team and hopefully try and make the most of anything we can, keep racing best we can…

“All we can really do is get to Paris as quick as we can. Jonas and Tadej, if we don’t pass them we don’t and that’s that.”

Thomas put time into Pogacar when he cracked on the Granon, though not quite enough to move up to second. Pogacar and Vingegaard then both distanced the Welshman on the short climb into Mende on Saturday – the sort of explosive effort Thomas knows he cannot deliver.

But on climbs like Alpe d’Huez, Thomas let his two younger rivals go at each other while riding his own pace and getting back on their wheels.

“There’s no point in my trying to match the explosivity of Vingegaard and Pog when they attack like they do on those climbs,” he said. “It’s better for me to ride a bit more steady and get back to them.

“I knew on Alpe d’Huez they wouldn’t really carry on so I backed off and took a bit more time to get back on. The worst day for me was probably Mende.

“The climb didn’t really suit me the best but I still feel OK. The time to the yellow jersey has doubled which isn’t ideal but I think we’re still in a good place.”

Vingegaard seized control of the Tour on Wednesday when he and Jumbo-Visma team-mate Primoz Roglic took turns to attack Pogacar on the Galibier, efforts that told when the Slovenian was left behind on the Granon.

But the Dane spent Monday counting the cost of a bad day on Sunday, with team-mates Roglic and Steven Kruijswijk out of the race due to injuries and Vingegaard himself hitting the deck in a crash with another team-mate, Tiesj Benoot.

“I’m still a bit bruised on my left arm,” the 25-year-old said on the rest day. “It’s stinging a bit but it’s normal.

“It’s never good to lose two such important helpers… but luckily we still have a super strong team. We just have to fight and do our best and we’ll see if it’s enough.”

Pogacar acknowledged he had been “short of fuel” on Wednesday after being asked if he had eaten properly during the stage, while saying Roglic and Vingegaard had done the most to weaken him.

But the 23-year-old has been on the offensive since and promised to continue that in the last week of the race.

“I need to grab every chance, every climb there is,” he said. “I need to attack and go as hard as possible in the climbs and try to gain some time each day. I will give everything and hope I don’t have any regrets after.”

The latest round of coronavirus tests on the rest day returned two positive results for unnamed riders, who will be tested again before Tuesday’s stage 16.