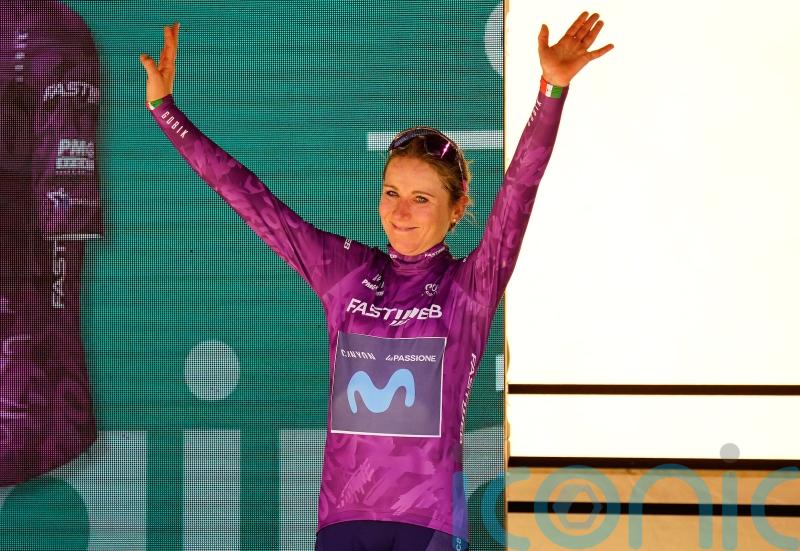 The former world champion will be one of 144 riders who will race down the Champs-Elysees when this long-awaited ‘proper’ women’s edition of the Tour gets under way.

The 82km sprint around Paris will be merely an hors d’oeuvres for the eight-day race, which will cover 1,029km on its way to a climax on La Super des Planche des Belles Filles on July 31.

Van Vleuten, the 2019 world champion who is in her penultimate season at the age of 39, goes into the race full of confidence after securing her third Giro Donne crown earlier this month.

“I am ready,” the Olympic time trial champion said after a post-Giro training block in Livigno.

“The main purpose was to recharge and enjoy a bit of afterglow. That worked. Of course you can’t do nothing for two weeks, but it was not a very heavy training block.

“It was more recovering from the Giro, stimulating a few times and keeping up a bit. The level is good and in the Giro I was also able to refuel with self-confidence.”

Van Vleuten’s rivals must hope her efforts in Italy will still be in her legs this week.

SD Worx’s Demi Vollering skipped the Giro, as did Canyon/SRAM’s Kasia Niewiadoma, in order to fully focus on the Tour, while former Italian champion Elisa Longo Borghini did not push for the general classification in her home race to stay fresh for the Tour.

“I am feeling good ahead of the start of the race,” Longo Borghini said. “I went to Sestriere after the end of the Giro Donne, training at altitude trying to prepare as much as I could because my goal at the Tour is to be in the best shape possible and to try to go for the general classification.”

Longo Borghini’s team-mate Lizzie Deignan will be watching from the sidelines as she is expecting her second child later this year, but there will be plenty of British representation in the race.

While others may be fresher, Van Vleuten carries momentum from her success in Italy, and the route for the inaugural Tour appears to play to her strengths.

“I noticed that in the Giro I found it easier to keep my focus than a few years before,” the Movistar rider said.

“That’s also something you learn by riding stage races. I have explored the course well, a number of stages already after the Amstel Gold Race.

“I am very happy with that now. They are in my head and that also makes it easier to keep focus.”

Van Vleuten’s recon will have taken in four flat stages, two hilly days and the final weekend in the Vosges mountains, with the route taking in challenging gravel sections and the longest stage, 176km on day five, to have appeared in a Women’s WorldTour race.

Given her strength in the mountains, Van Vleuten knows she will be under attack in the opening days.

“The first six days we will have to be very attentive as a team,” she said. “The centre of gravity is really in stages seven and eight, but if you just think about that it goes wrong, I’ve made that mistake before.

“Where possible, the opponents will try to take time before we start climbing. It may well be that we as a team are already under pressure.”