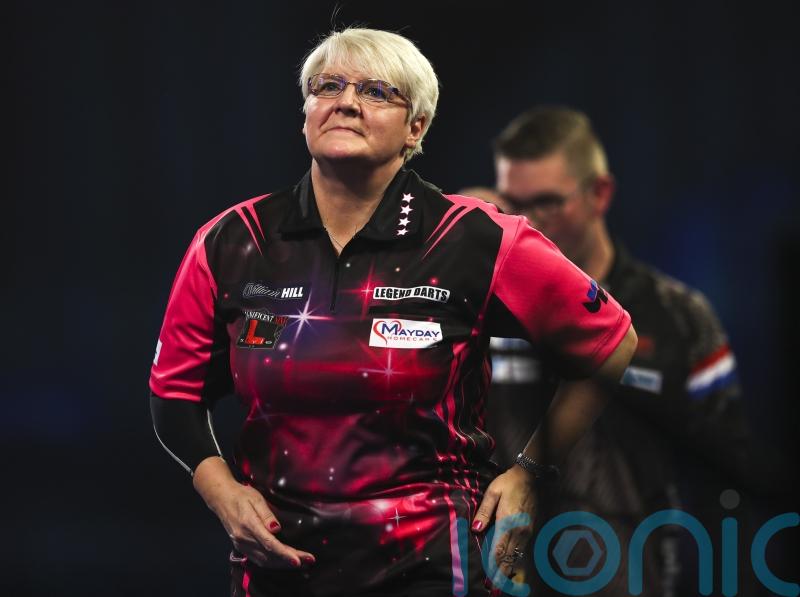 Lisa Ashton wants to be an inspiration for the young guns who will help take women’s darts to the next level.

The four-time world champion, who was the first female to win a PDC Tour Card, is still the stand-out player in the women’s game and will be the favourite to win the inaugural Women’s World Matchplay event in Blackpool on Sunday.

The tournament, played at the Winter Gardens ahead of the final of the men’s event, will also feature Fallon Sherrock as well as up-and-coming players Katie Sheldon and Chloe O’Brien.

At 51, Aston is the elder stateswoman of the women’s game and wants to show the younger players, including 18-year-old World Darts Federation world champion Beau Greaves, the way.

She said: “It is very special, you see a lot of people slowing down and not doing as much, it seems to be I’m doing more now than I did when I was younger and my darts is still improving.

“Hopefully I can show the ladies at the older ages ‘you keep going, you go as much as you can’ and hopefully I am trying my best and I can keep going and get there in the end.

“Hopefully I’m inspiring some of the young girls and teenagers to show that even if you’re not comfortable now, keep going.

“I’m one of the older ones who’s still playing. There’s no age (limit) in darts.

“You can start it in your 20s, younger, or even later. You can get to where I am and I’m still going. The youth are coming through and there’s no age gap. Never give up, keep going and you’ll get there one day.

“I don’t know how long it will last. I will last as long as my body tells me I can. I am taking every year as I can and just keep trying as much as I can.”

The women’s game, helped by the exploits of Sherrock, has taken off in recent years, with plenty of female representation in the men’s game.

But Ashton has hopes for it to become just as big in its own right and – with Sherrock, Emma Raducanu and the England women’s football team flourishing – believes now is a good time to be a successful sportswoman.

“It can be brilliant,” she said of the potential for women’s darts. “We have got Beau, she’s the youngest world champion.

“In the Matchplay you’ve got Katie Sheldon, you’ve got Chloe O’Brien. It shows the youth is coming through. There is a lot more girls now watching darts and interested in taking it forward.

“It’s brilliant, it just takes one or two and then hopefully we open it up from there and hopefully the younger girls watch them and they can take it forward.

“There is a lot opening up for women. You see in the football, the Lionesses, they are taking it forward.

“The ladies are breaking through and they are breaking those barriers down. It is brilliant. We are all sports people, it is not a man against a woman anymore, we are all in this together now and it is fantastic.”