Was your granda Doherty? 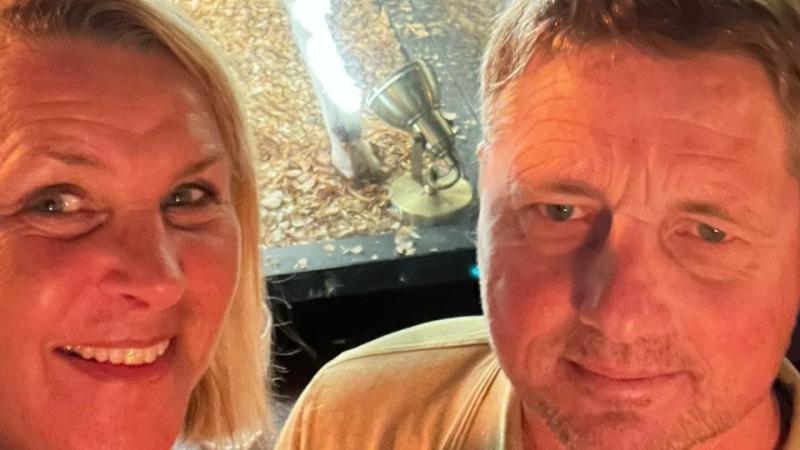 Julie and Glenn Doherty, who would love to get in touch with any of Glenn's relatives here.

Among the visitors to the Derry News’ Carlisle Road office this summer was Glenn Doherty who is trying to contact his Derry relations.

Glenn (60), who now lives in Ulverston in the Lake District in England, was on holiday in the city with his wife, Julie. He was born in Barrow-in-Furness, a shipbuilding town eight miles west of Barrow.

Glenn said: “I am trying to track down any of my relations who might be left in Derry. I would also love to find my grandparents’ grave, the family grave, if any of your readers could help me.

“My dad’’s name was Alexander Doherty. He passed away in 2003. His father, my grandfather’s name was John Doherty and his mothers name was Maggie Doherty. They lived at number  6, Orchard Row.

“Unfortunately, we are unsure, at the moment, where that street was in Derry because there are two Orchard Rows. The last time  I was in Derry was roughly 1968, when I would have been about seven years old. On that visit, I remember being in Orchard Row so it was still around. It hadn’t been bulldozed.

“My dad had 13 brothers and sisters. These included Joe, who had two daughters, my cousins, Patricia and Edith; Micky, John, Neil, Sally, Frankie, Bobby, Tommy and Rex. My dad and three of his brothers, Alex and John and Neil, left Derry and went to England Three of my dad’s family left Derry when they were 14, my dad, Alex, John and Neil all emigrated to England,” said Glenn.

Glenn’s dad went to Coventry, where his brother, John, settled.

“He then worked in the Merchant Navy. He met my mother, possibly in Morecambe, in the 1950s and they were married in 1959. My mother was from Barrow-in-Furness and my dad worked there  in the shipyard for the rest of his life.

“I would love to meet any of my Derry relations who are still in the city.”

If any Derry News readers can help Glenn Doherty, he can be contacted at: glenn@the-pbc.com.