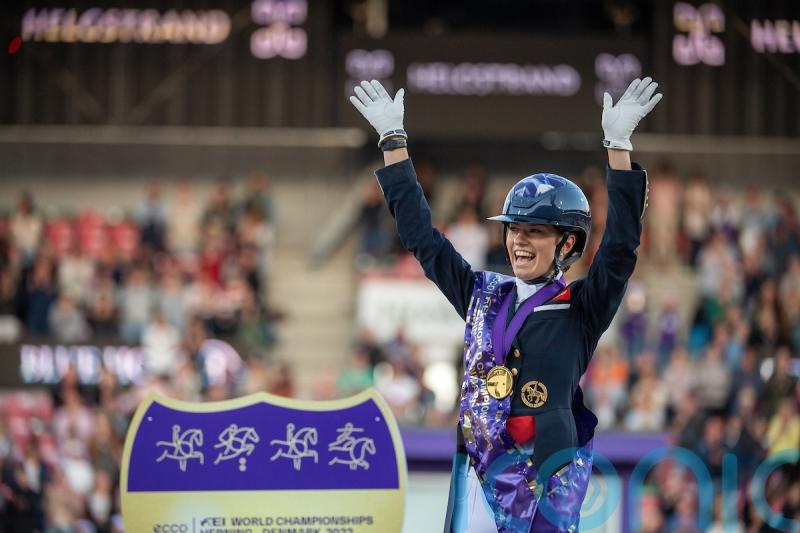 Scarborough-born Fry, who is based in the Netherlands with five-time Olympian Anne van Holst, helped Britain to Tokyo Olympics team bronze.

“It is incredible,” Fry said. “I can’t believe this is happening right now. I have no words, really.

“This is unreal. I couldn’t dare to dream about it, and I am probably going to burst into tears at any minute.”

Fry’s score of 82.508 per cent was enough to eclipse home favourite Cathrine Laudrup-Dufour – architect of Denmark’s team title triumph on Sunday – at the MCH Arena in Herning.

Laudrup-Dufour had to settle for silver aboard Vamos Amigos, while the Netherlands’ Dinja van Liere was third with Hermes.

Fry collected 16 perfect-10 scores at various parts of her test from the seven-strong judging team, with the gold medal being accompanied by £26,000. 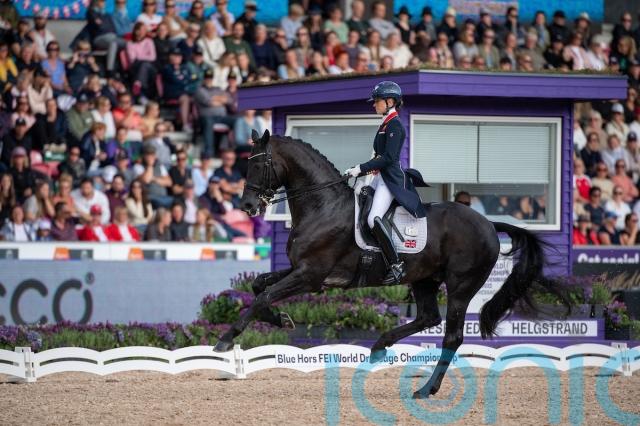 Britain won a first major dressage medal of any description at the 1993 Europeans in Slovenia, when the team included Fry’s mother Laura.

Laura, who also competed in the Barcelona Olympics 30 years ago, died of breast cancer, aged 45, barely six weeks after London 2012.

Fry, Dujardin and Hughes now progress to the individual freestyle final on Wednesday.