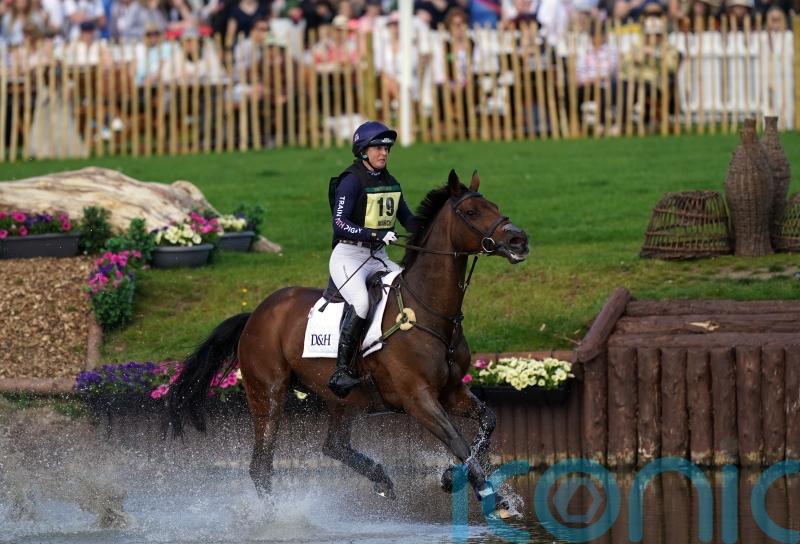 Twice Burghley runners-up, March and the 17-year-old mare went one better after taking a commanding lead of 9.5 penalties into her showjumping round.

It was a demanding four-mile test across Burghley’s undulating parkland that proved too much for the likes of world number one Oliver Townend, first day leader Sarah Bullimore, six-time winner William Fox-Pitt and former world champion Zara Tindall, who were either eliminated or retired.

But Northamptonshire-based March proved unstoppable as she saw off the challenge of Surrey’s Tom Jackson, who was second aboard Capels Hollow Drift, with New Zealander Tim Price taking third on Vitali.

March had one showjumping fence down, yet she still finished clear of the field with Vanir Kamira and became the 14th different combination in eventing history to win Burghley and Badminton.

“There are not really many words,” 42-year-old March said. “The grit and determination she shows – she is a fabulous horse for the sport.

“It is the best feeling in the world, a dream come true. I think Burghley is probably the hardest to win, and she is a true Burghley horse.

“She has always been a great cross-country horse, and while it felt very hard work and very intense, they are special horses to be able to do it well.

“I think this is probably the hardest cross-country event in the world – the terrain is so tough, and I think the horses just get an extra gold star for being able to do well here and get around that course fast.

“Badminton was the best day of my life, but this is definitely along the lines of it.”