VIDEO: Incredible eight-year old girl the size of a one-year-old is dubbed “Bella the Brave” and becomes a tiny TikTok star 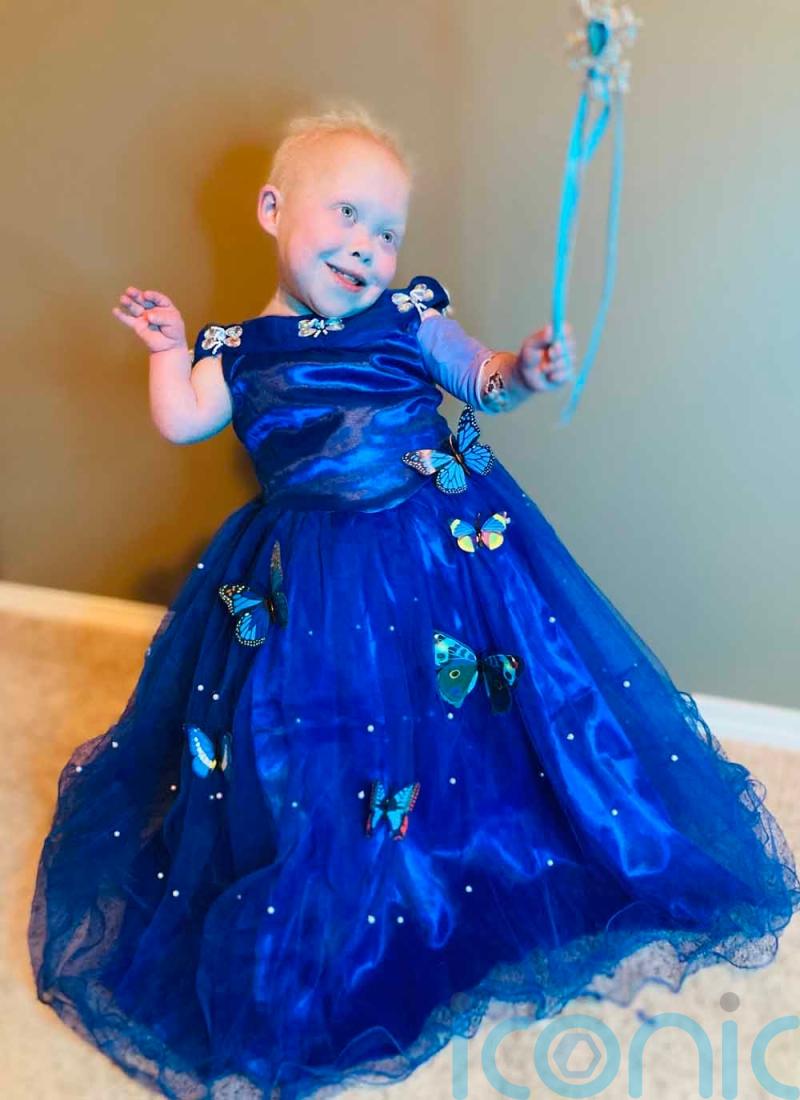 A tiny TikTok star whose inspirational videos have won her 4.5 million followers and 96 million likes in a year has been dubbed “Bella the Brave” after charming fans despite a cocktail of devastating health problems.

Struggling since birth with a triple whammy of debilitating genetic conditions, which saw her hospitalised for her first two years, Bella Thomson, eight, is the size of a one-year-old and had three operations in the first eight months of her life.

Yet her mum, Kyla Thompson, 38, who is her full-time carer, and dad, Lyle, 35, who works in land management for the local council, could not be prouder of their eldest child whose first TikTok video of her drawing went viral, with 29 million views.

Former primary school teacher, Kyla, of Saskatchewan, Canada, said: “Tik Tok is where we post all the happy stuff we do in our family.”

What people love about Bella on that platform is that she is so inspiring and is spreading so much joy, despite the medical challenges she has.”

A natural performer, a simple video of Bella helping Kyla with the laundry notched up over 30 million views on TikTok. 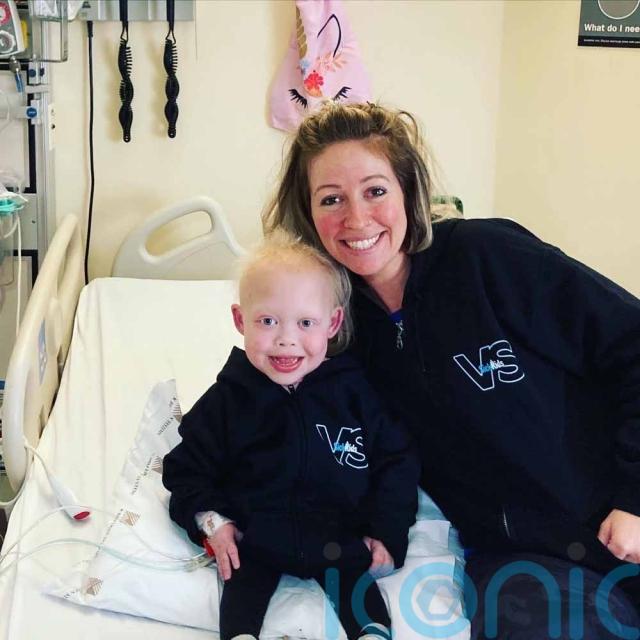 But her mum says her popularity serves a greater purpose, by improving understanding in what she calls a “medical family.”

She said: “The real reason I started posting was that I wanted to educate people about what we were dealing with because I knew that, in turn, would better protect Bella.

“People can be mean and say hurtful things when they don’t know or understand something.” 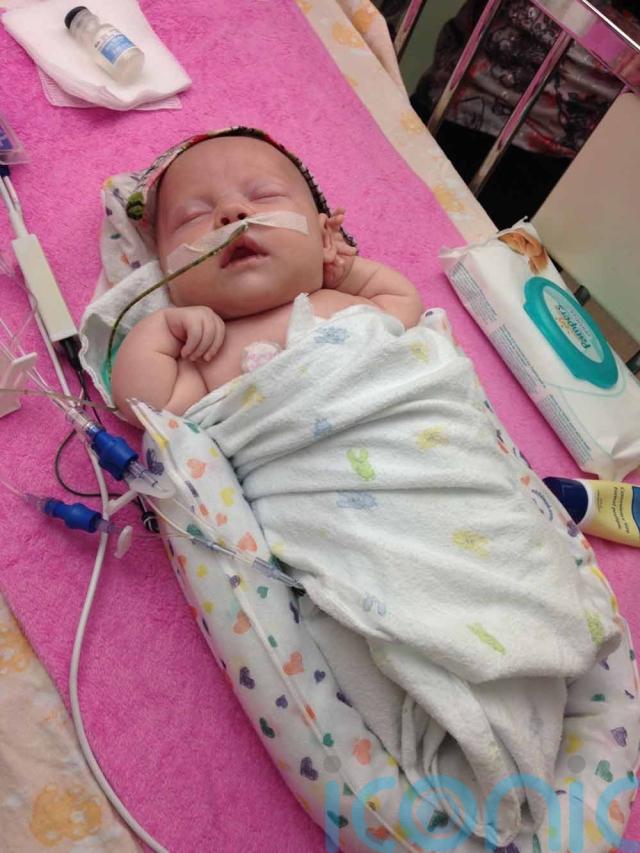 She added: “I didn’t want anything happening that would make her feel bad about herself, so using social media is my way of protecting Bella by helping people to better understand what she has to deal with.”

Diagnosed with three genetic conditions shortly after being born, Bella has to sleep with an IV drip as it is the only way for her to ingest food and take in the vitamins and nutrition she needs.

Currently on the waiting list for a bowel transplant, at school there is a nurse on the staff in case she needs medical care. 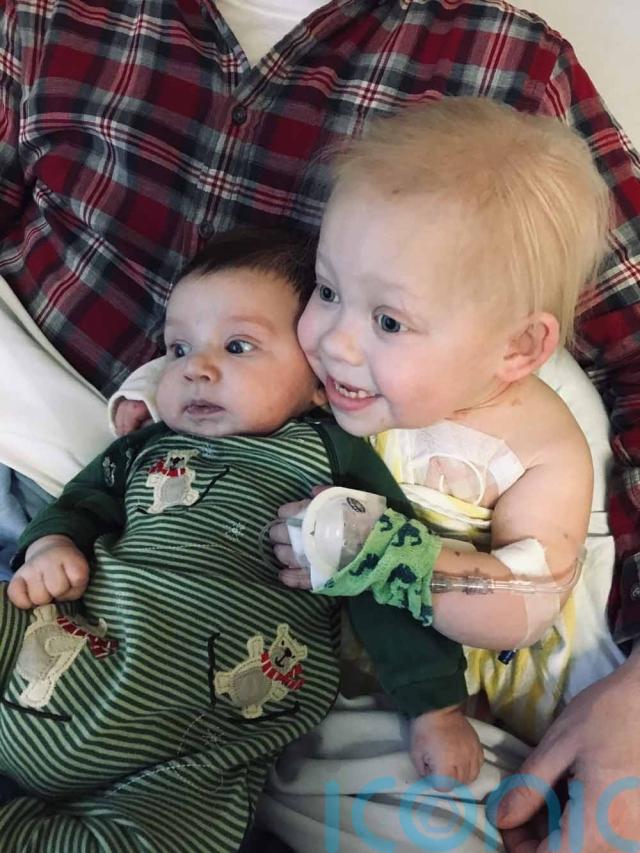 Kyla, who says Bella’s severe medical needs became apparent when she was just three days old, said: “We were told that Bella suffered from a bowel disease called Hirschsprung, where parts of the colon are dead.

“The condition is caused by a genetic mutation and in the first eight months of her life, Bella had three operations to remove the dead parts of her bowel.”

At 11 months, Bella’s parents were told she also had a chronic immune condition known as severe combined immunodeficiency (SCID) that meant she could die from just catching a common cold. 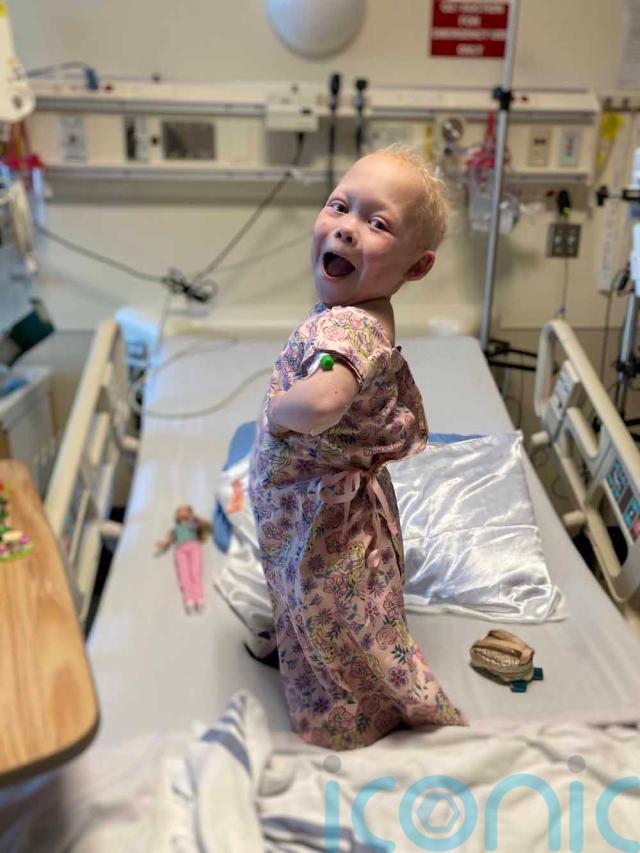 Again the result of a genetic mutation, after spending two months in isolation in hospital, because she could not risk catching an infection, at 15 months old, she had a bone marrow transplant.

A bone growth disorder which also causes sparse hair growth and light-coloured skin, it means she still has the physical build of a one-year-old and doctors don’t know if she’s going to keep growing but believe she may one day grow to 4 feet tall. 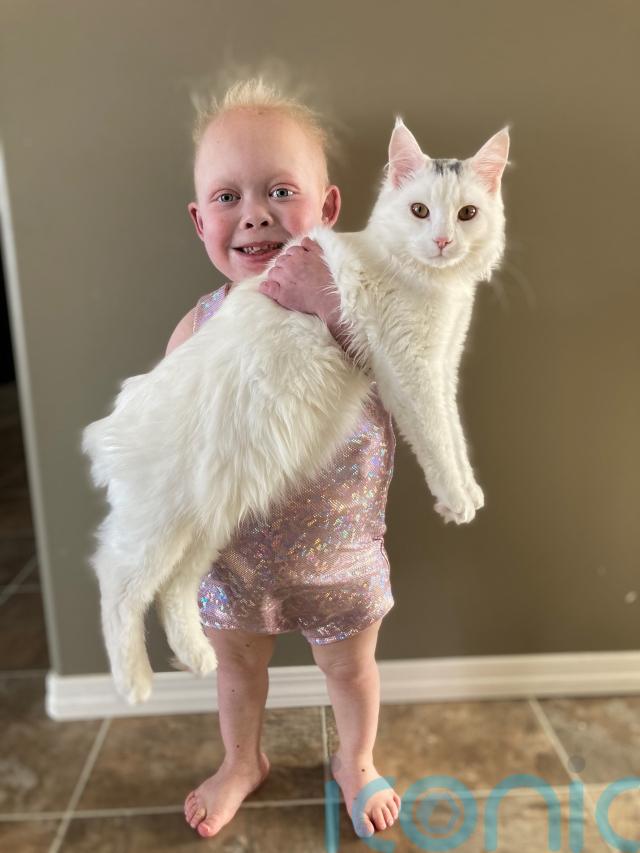 First posting about Bella’s health challenges and their lives as a “medical family” on Facebook in 2014, it was when she debuted on TikTok last year that the little girl became an online sensation.

“She has always had this confidence about her which my husband says she gets from me,” said Kyla.

“When I took her out of the hospital as a baby for a walk around the grounds, people would stop and admire her and ask if they could hold her.” 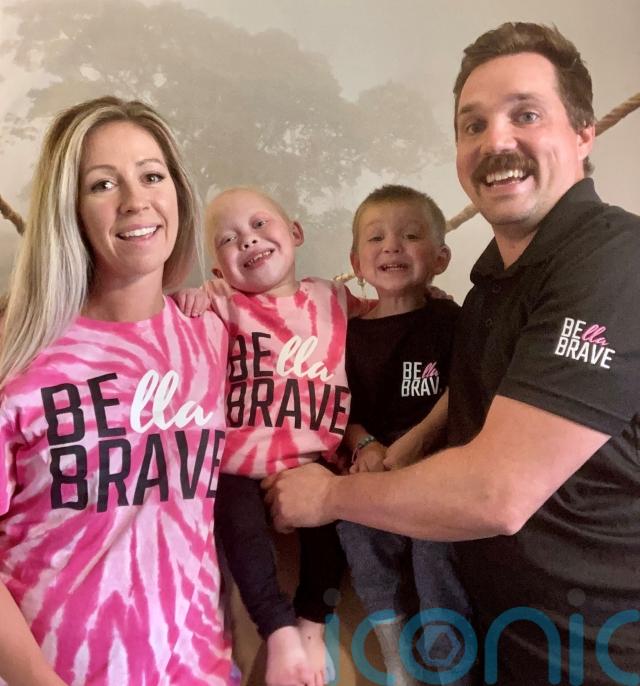 She added: “Because she was my first-born, I didn’t know if that happened with all new babies or if there was just something special about Bella.

“When she was in the newborn babies’ intensive care unit she had a cot by the door and would beam at anyone who walked in. It was like she was the cheerful meet-and-greeter from the moment she got here.”

And it is a “miracle” that she has made it this far, according to Kyla. 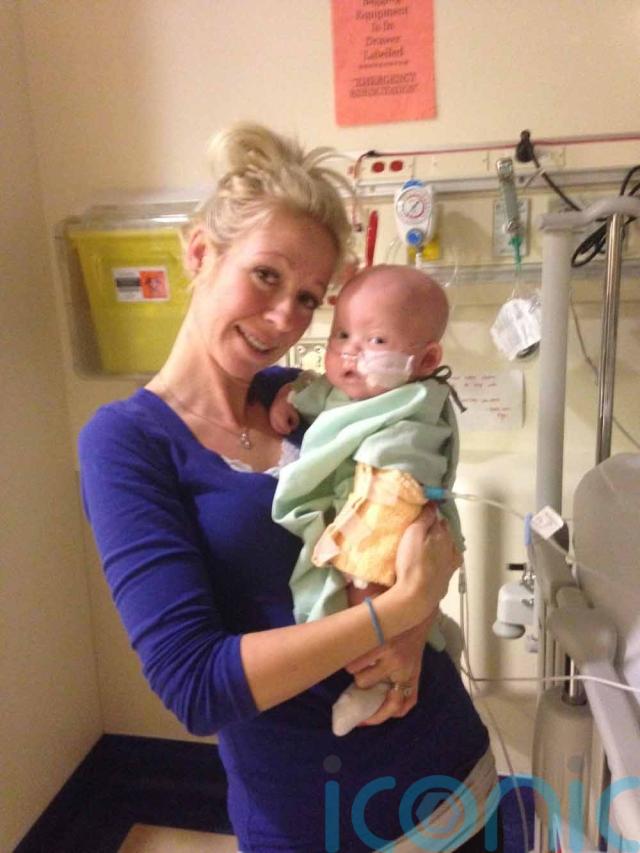 For a long time, even food was dangerous for Bella, who had to be tube-fed a liquid diet.

She can now eat some solids, but her diet is still highly restricted and her parents hope that, if she is able to have a bowel transplant, it will change her life.

Her genetic conditions also had implications for any subsequent children Lyle and Kyla had. 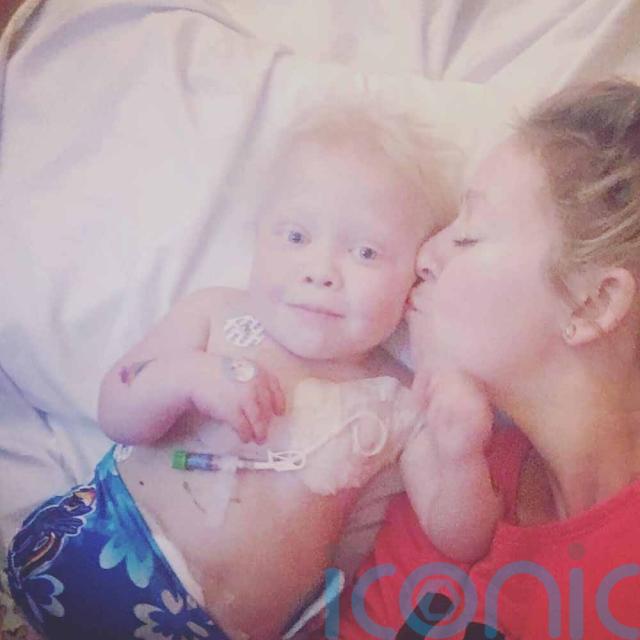 Told there was a one in four chance of having a baby with the same medical conditions as Bella, they decided to have IVF, so the embryos could be screened for genetic faults before being implanted.

“We ended up with five embryos,” said Kyla.

“Of those, one had the same conditions as Bella, two were not fit for implantation and three were suitable, so we had one of those implanted and that resulted in our son, Waylon, who’s now three.” 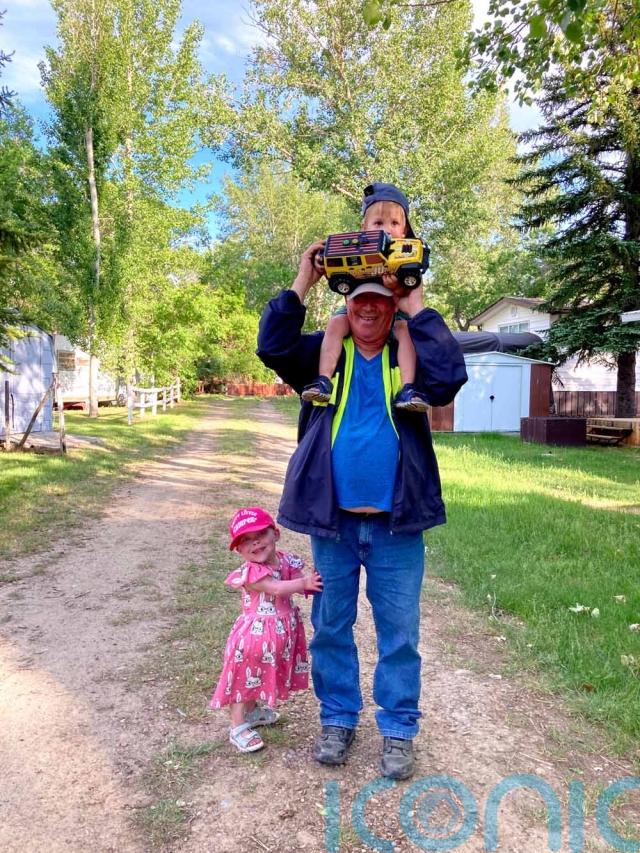 She added: “Throughout my pregnancy, Bella was my biggest cheerleader. She wanted a little brother and she got one. They really love each other.”

Sadly, two subsequent pregnancies using the remaining embryos ended in miscarriage, but the couple are now happy with the two children they have.

Kyla said: “We are so fortunate. We have a little girl and a little boy and some people don’t get that.” 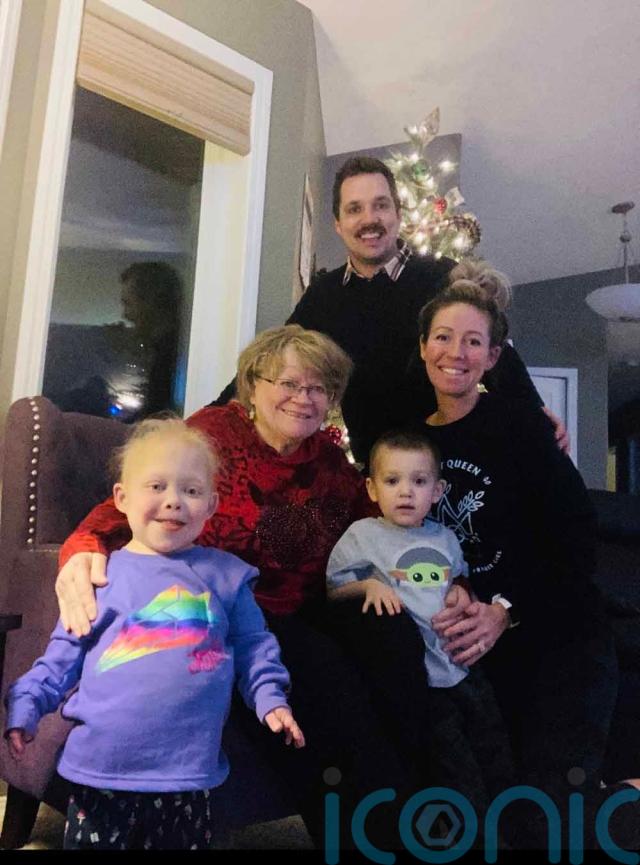 And Bella does not let her small stature get in the way of her big ambitions to be a fashion designer when she grows up.

Kyla said: “She spent her first two years of life in hospital and never knew anything different.

“She was used to groups of 15 adults standing  around her bed discussing her and to being the centre of attention.”

Now she even has famous fans, with the American pop star Halsey sending her a little care package of gifts after seeing her TikTok video.

Kyla said: “Bella just exudes joy which is why she is so inspirational and Tik Tok is our happy place.

“Although we  do show the nitty gritty of Bella’s everyday medical challenges on Instagram, too.” 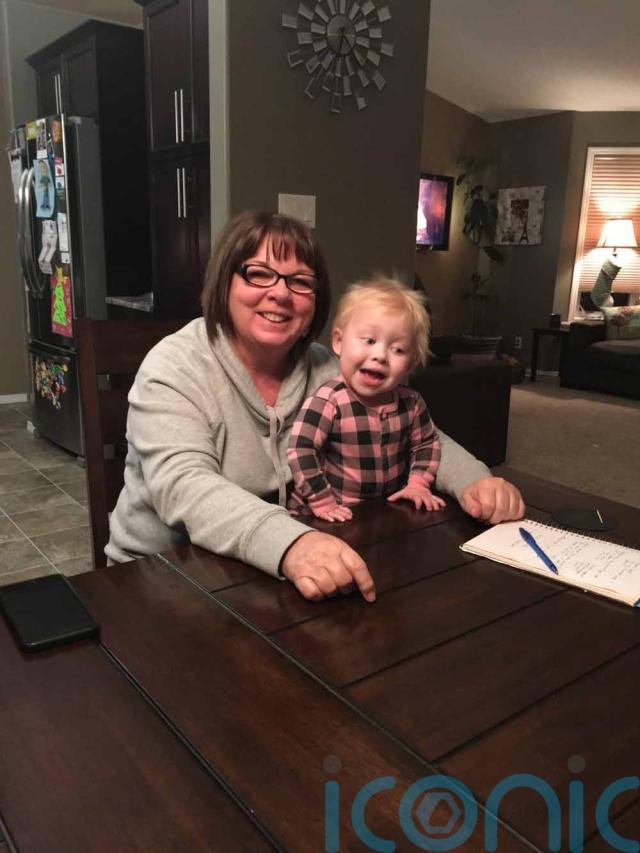 Delighted to be back at school now she is double vaccinated against Covid, if a bowel becomes available for transplanting, she will have to isolate again.

Kyla said:  “She loves school, especially science and maths and PE. If she does have to be kept at home again she will miss her friends, but we will have to do what the immunologists tells us to.

“I don’t think people understand the sacrifices medical families like ours have to make or what we go through.” 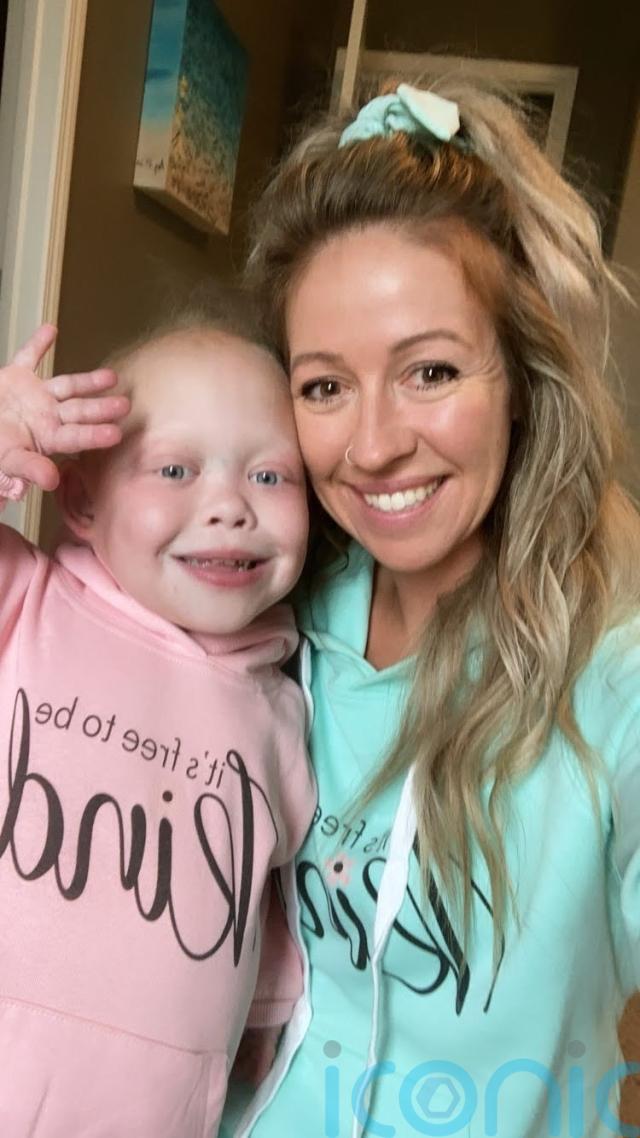 She added: “One of my big hopes about using social media to tell Bella’s story is that we can help other families going through similar things, because the way to get people to understand better is to educate them.

“My husband and I both have a strong Christian faith and what has happened with Bella, who got the worst of all three of these genetic conditions, has shown me that God really does move in an amazing way.

“Technically, Bella is not even supposed to be here — and she knows that.”

“But here she is, spreading so much joy and inspiring others. She has shown us what really matters in life.”