A private investigator claims being a mum has trained her to expose wrongdoing for billion-dollar companies after years as a “human lie detector” sussing out when her children are telling porkies.

As CEO of Cluso Investigation, which she founded in 2008, Sharon Sutila, 52, has been threatened by furious people after rumbling their deceptions and has even exposed men on the FBI’s fugitive list.

But the divorcee, of Delaware, USA, says she reserves her finest detective skills for dealing with her children, corporate administrator Marissa Vigano, 28, and Tesla Sutila, 12, saying: “My kids have always known they won’t get away with not telling me the truth.” 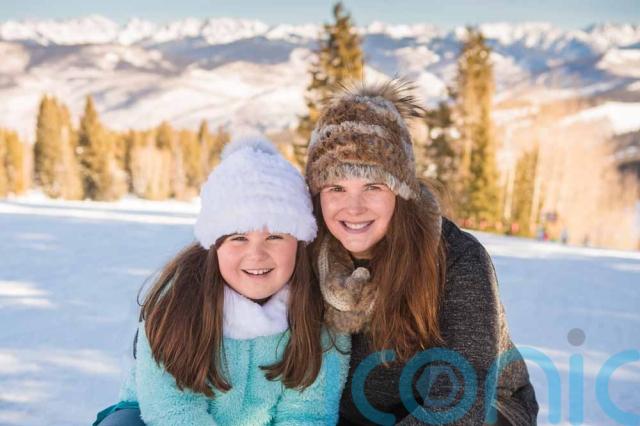 She added: “My skillset means I stay as neutral as I can, even if I don’t trust what they are telling me.

“I don’t call them out, I try to stay cool and find out if they are telling me the truth, but I always find out.

“They are aware of that, so they have grown up knowing it is always better to tell the truth.” 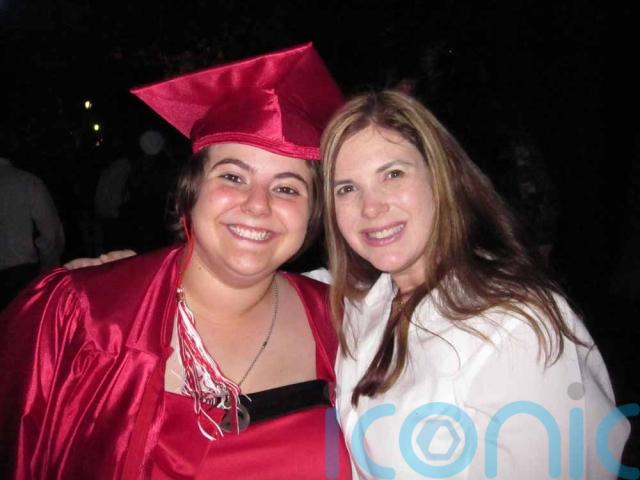 She added: “If they’ve ever told me they don’t have homework when they do, they know I will find out about it. ”

When Marissa was little and tried to conceal a bad mark from her mum, Sharon not only found out, she also showed her daughter the New York penal code – ensuring she knew that dishonest actions had consequences.

She said: “I think it scared her to death!” 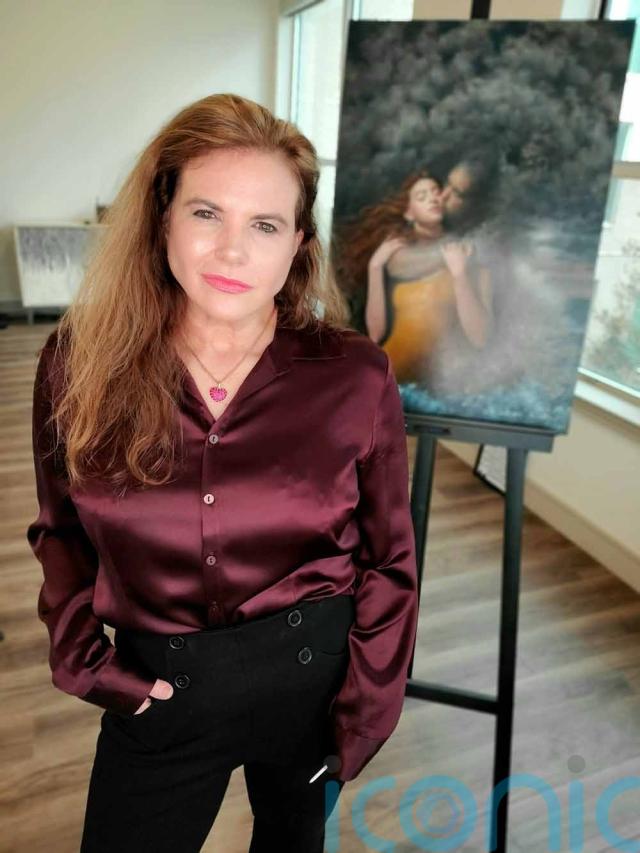 Sharon’s detective skills first came into play when she was a 12-year-old schoolgirl herself.

Faced with a bully who had written a nasty note and broken a vinyl record of The Clash’s Rock the Casbah, which she treasured, she was determined to expose the culprit to the teacher.

Inspired by the investigative work of Nancy Drew and Sherlock Holmes, two popular fictional mystery-solving characters, she used handwriting to catch them. 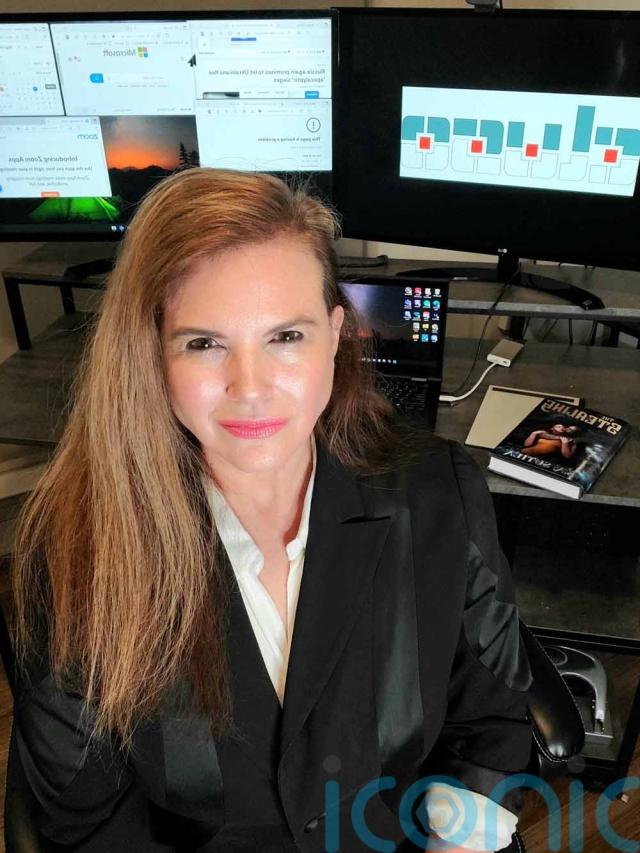 By comparing the handwriting on fellow pupils’ homework with that on the note, she soon had her vandal.

And when the bully admitted their crime, Sharon’s snooping skills showed she was already well on her way to becoming a private investigator.

She said: “I really love the forensic documentaries behind police work and I was always fascinated by motives and how to uncover it all.” 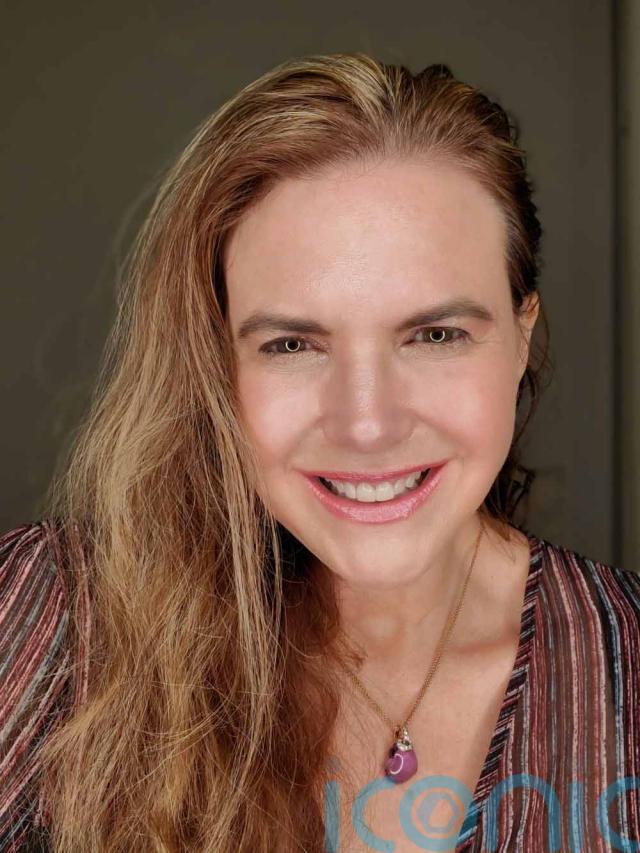 She added: “I wished I could be a homicide investigator like Lieutenant Joe Kenda. And I loved Nancy Drew growing up.

“When I was in school, I found out who wrote a nasty note to me by realising the kind of ink pattern and comparing handwriting.

“I asked the teacher before class if I could see an example of everyone’s paper and figured out who it was.”

She added: “They admitted to breaking my record.

“To lie to me, you’d better be prepared to be caught, as I will always try to figure it out!”

When Sharon, who was passionate about computers and research, graduated from the University of South Florida with a degree in engineering in 1992, she was meant to join the family fishing and seafood business. 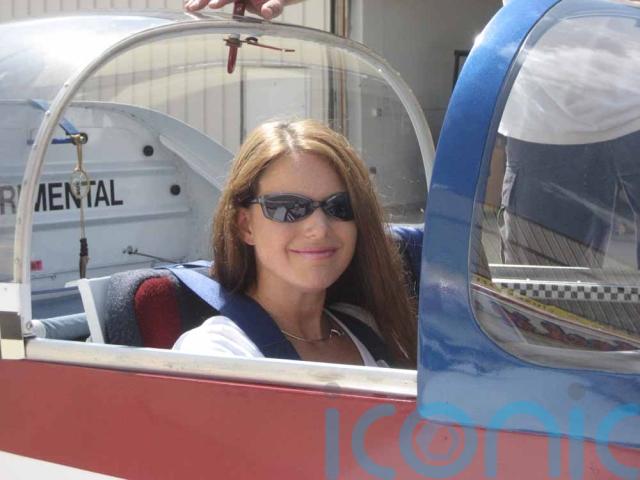 But, desperate to find her own way in life, she joined multinational technology corporation IBM in 1995, where she worked as a consultant.

It was there that she realised she could use her skills in coding and knack for investigations to suss out potential new employees.

She said: “On the projects I was on, there were several people who had not told the truth on their resumes. Back then the checks weren’t as rigorous as they are now.” 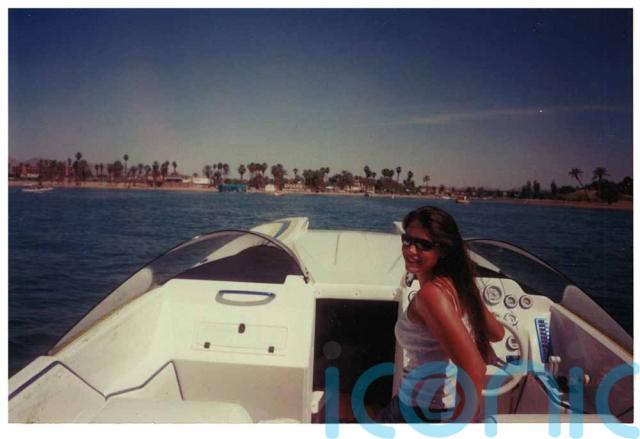 She added: “People had put degrees that they had never taken and qualifications that they never had.”

Throwing herself into background checking work, she learned how to research and navigate through public data which was readily available.

Quickly she became an essential part of the process, assisting the company all over the world, using a code which sifted and analysed credit header information. This usually contained an individual’s name, aliases, birth date, social security number, current and prior addresses and telephone number. 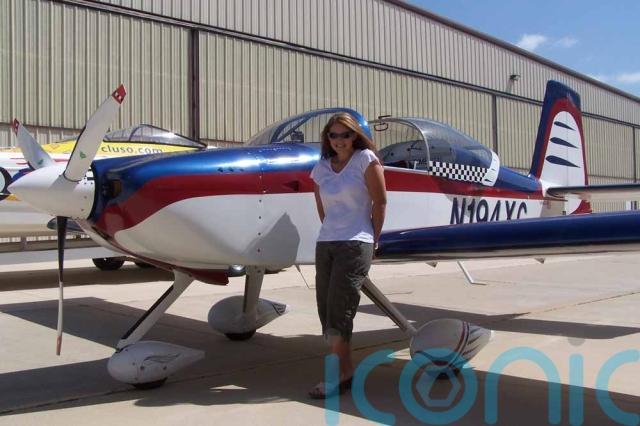 Sharon said: “I wanted to know more about the person, or I couldn’t be sure they weren’t lying to me.

“I absolutely love research, figuring things out and problem solving. I like challenges.

“I tend to dig in if something interests me. It’s how I’ve always been.” 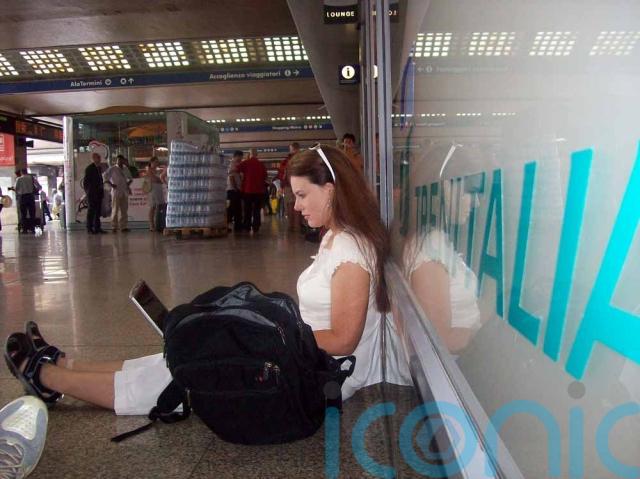 She added: “What attracted me to computers early on was the problem solving aspect.”

While films often portray private investigators as men in raincoats sitting in their cars, Sharon says her methods are “far creepier,” as she can suss out lies  from the comfort of her computer.

She said: “Private investigating is much creepier in real life, as I don’t have to leave the house.” 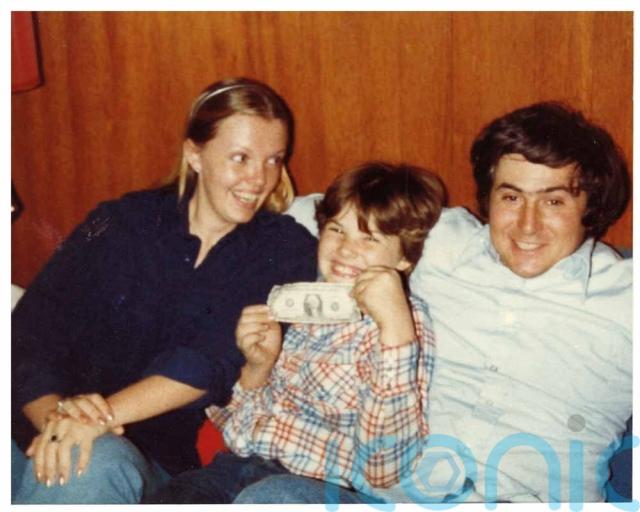 She added: “I mostly work on allowing people to tell me what they want to tell me first.

“And I’ll try to see if they are being honest.”

While Sharon’s work has led to some nasty threats being made, armed with more than 20 years of experience, she says nothing fazes her. 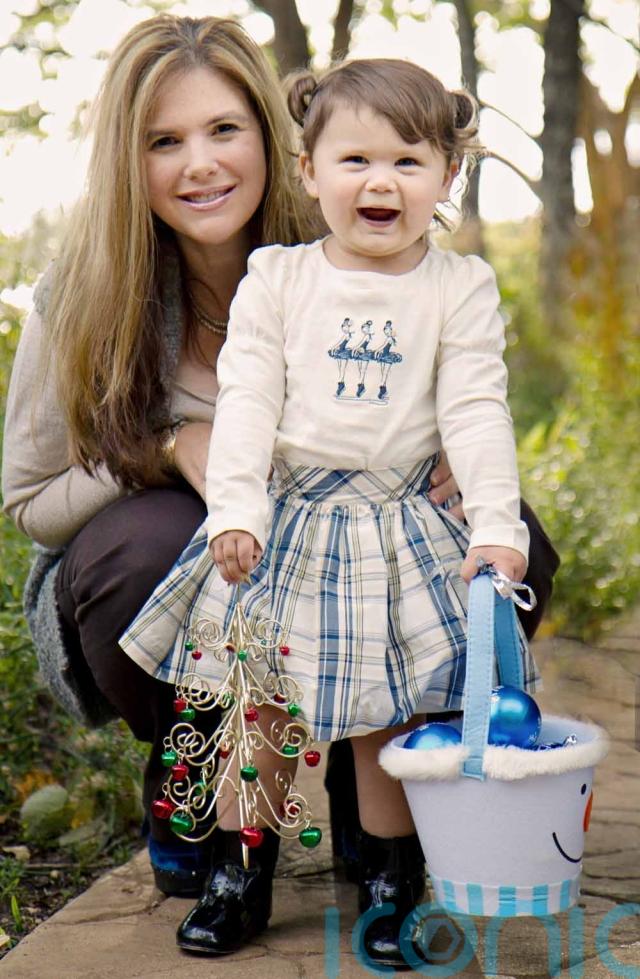 She recalled how one man, unhappy with what she had found out about him, told her he knew where she lived.

Another time, the FBI got involved as she uncovered information about a man in a case they were working on.

She said: “I have been threatened. A man told me he was going to come into my house.” 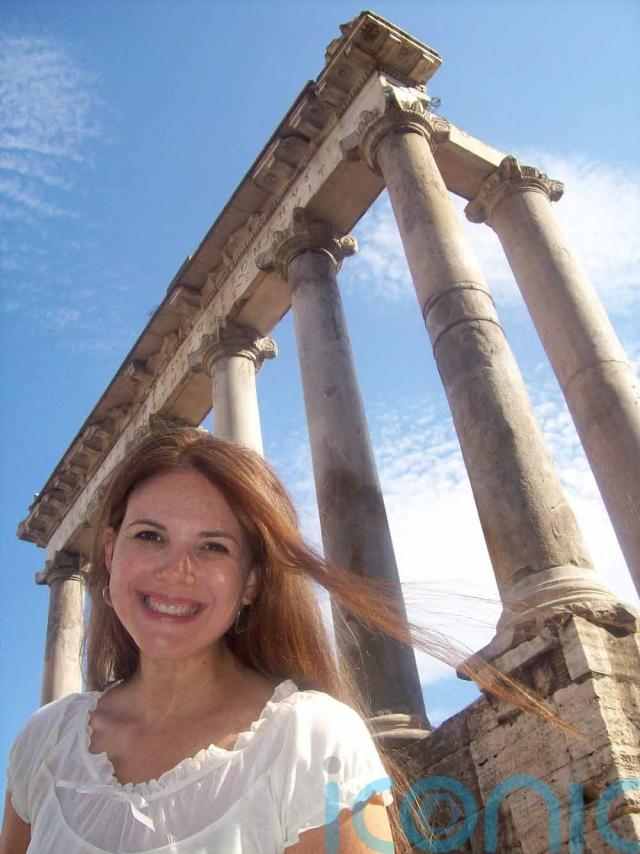 She added: “But I’m not going to let someone stop me from doing my job just because they are being aggressive.

“I’m not going to stop what I do because of a threat.”

Working in a male-dominated industry, Sharon says she has always pushed to break down bias and barriers. 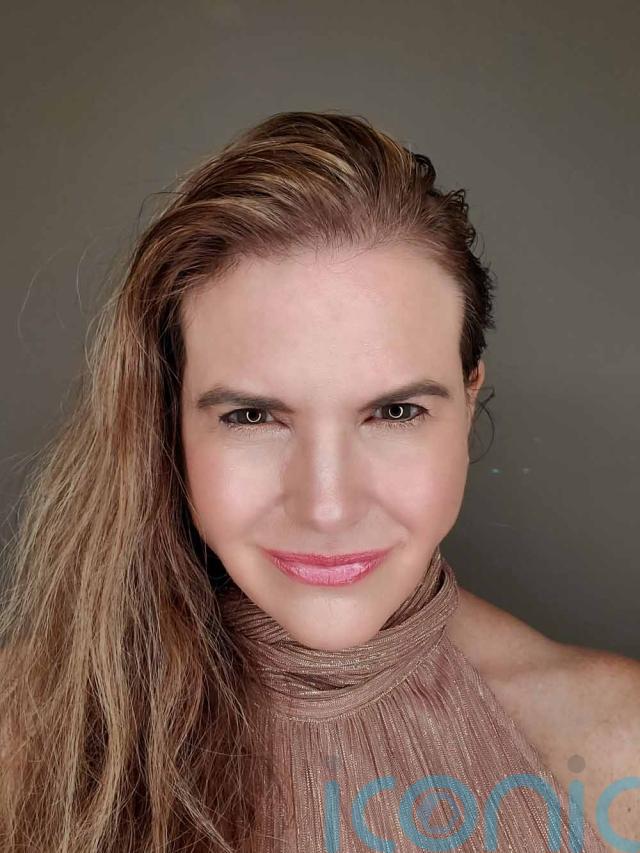 And she has even used her experience of feeling “lost” in offices surrounded by men as inspiration for her first novel, The Healing, published this week.

She said: “Championing equality for women is my lifelong passion. Challenging gender bias and the stereotyping of women is critically important to combat the issue.

“I wrote my book by starting my character with a lot of my own background.” 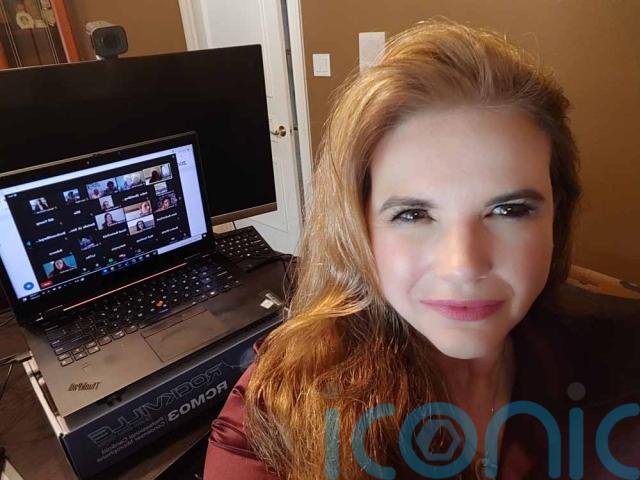 She added: “I grew up in the same time frame as the book and went through the very same gender norms, which can mean women can’t do or achieve certain things.

“In the book, the character starts in the same way I did – being told I couldn’t follow my own path. And she is trying to find her purpose in the world.”