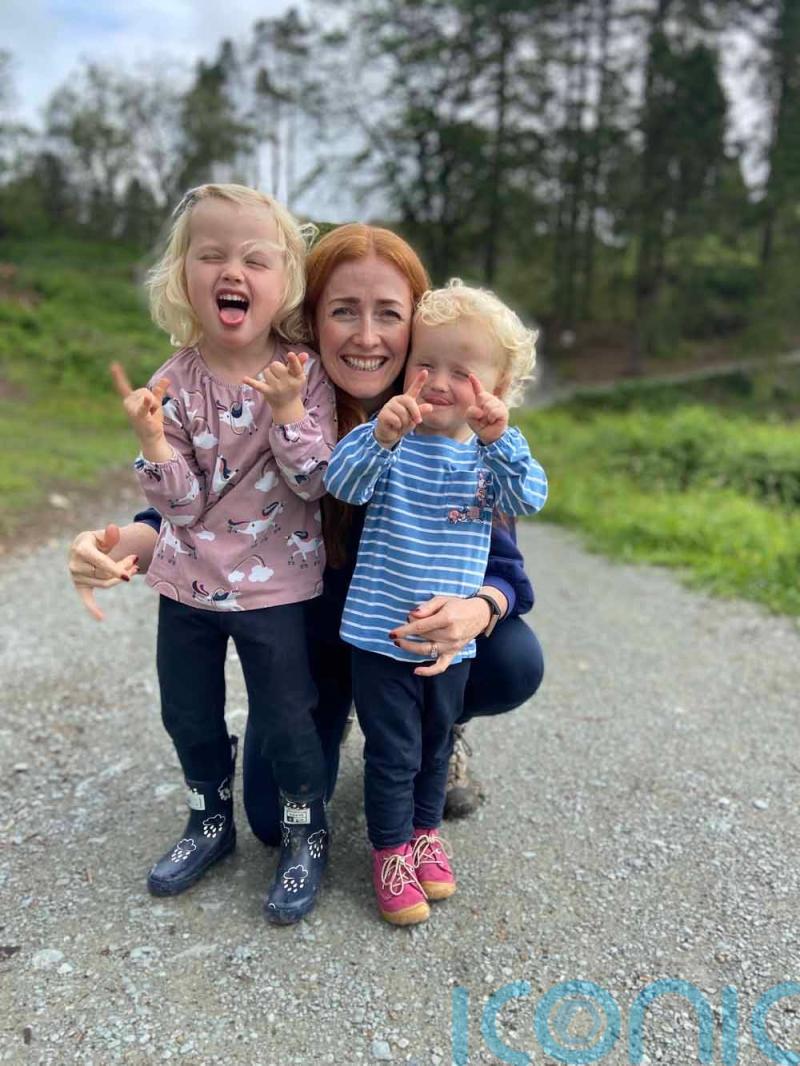 Children are stepping out like catwalk stars thanks to a mum who turned her horror at her daughters’ wasted clothes into enterprise by wowing £140k from the stars of TV’s Dragon’s Den to invest in a kids’ wardrobe rental service.

Confronted by piles of stashed away hand-me-downs when her second daughter was born, Charlotte Morley, 41, knew she could not go on hoarding or discarding worn clothes every three months when her girls grew.

Charlotte, who lives in Twickenham, south west London, with her managing director husband Nick Morley, 47, and their children Rosa, five, and Edith, three, spent every night of her maternity leave from her then job as head of digital product for an online marketplace, tinkering with ideas. 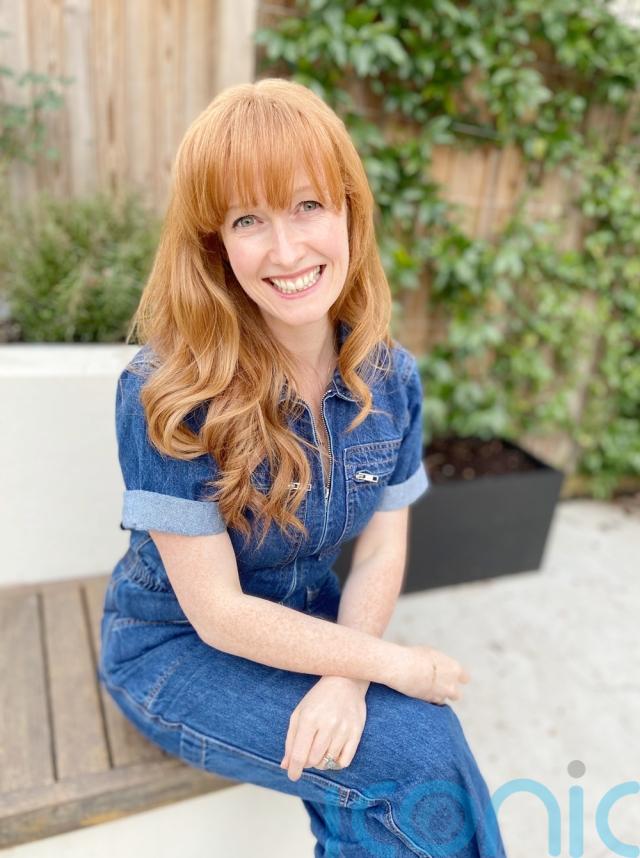 With no business experience, she created the children’s clothing rental service, The Little Loop, in April 2020, saying: “When my kids were babies they were growing every few months and they continued to grow out of things all the time as they got bigger. I was buying new clothes every three months.

“The cycle of buying clothes for your children never ends, it’s something every parent has to go through.

“It was so expensive, but more than that, it made me a bit sick that there were so many clothes.” 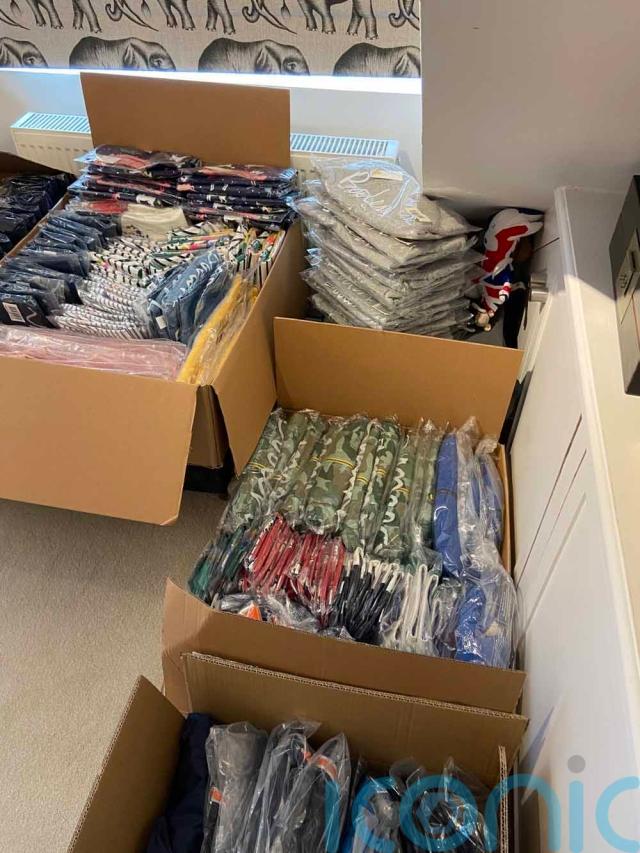 But Charlotte stepped into the limelight in January 2022, after she passed the auditions for the BBC’s Dragon’s Den, and wowed dragons Deborah Meaden and Steven Bartlett – bagging £70k from each.

Impressed by the good sense and environmentally conscious principles of her business, which allows parents to spend from £18 to £36 a month on credits to rent ethically sourced and high quality clothes for the ages and time they are required, they saw her as a wise choice.

She said: “It took so much work to walk in there. It was a bit daunting, but surreal.” 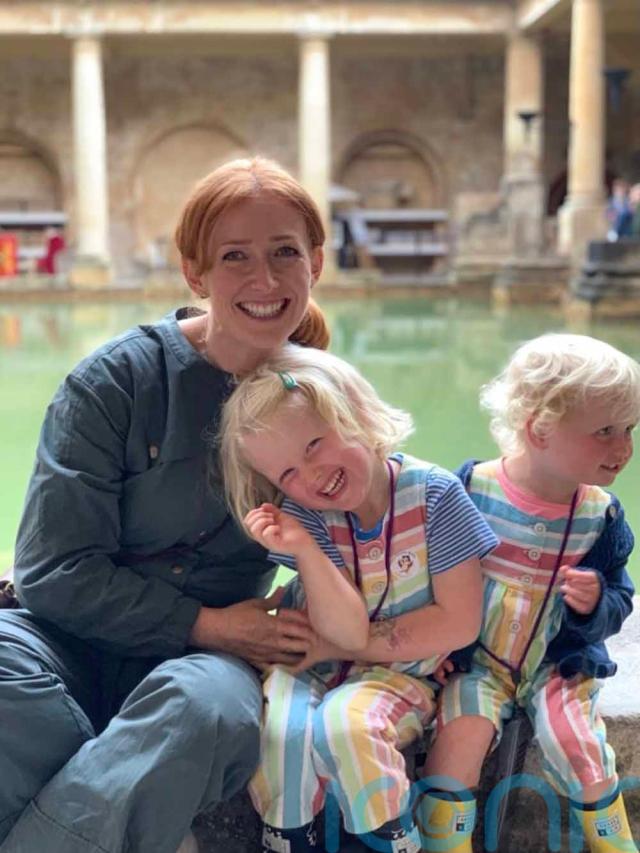 She added: “I genuinely didn’t expect the result I got. I didn’t think it would go as well as it did. I cried because I was so overwhelmed.

“When the Dragons gave me the feedback that they did, it was massive validation for all the hard work and sacrifice I had made.

“They thought the idea was brilliant. It was an amazing experience.” 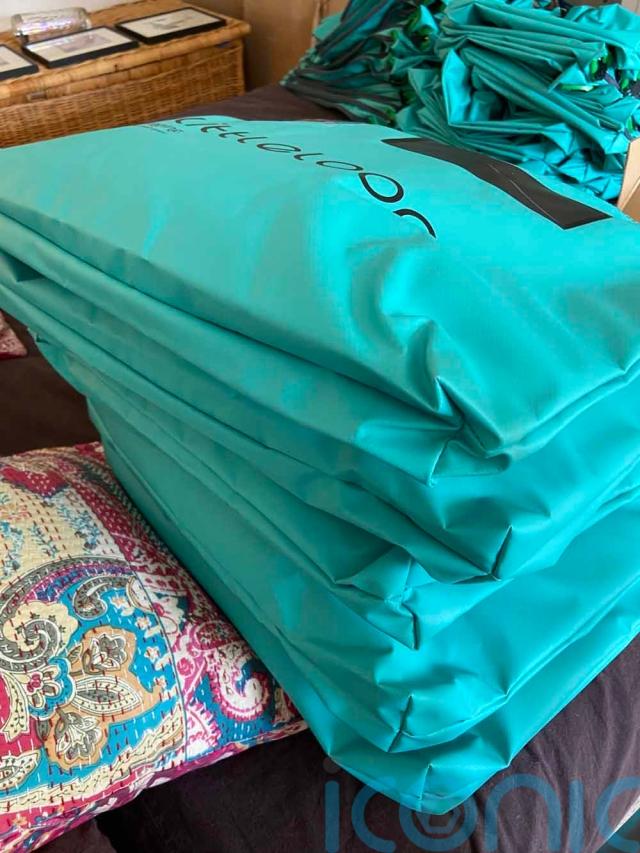 She added: “Then, the day after, I was back at the warehouse packing orders, laundering things and folding clothes.”

With motherhood making her more environmentally conscious, hearing that 350,000 tonnes of wearable clothing worth around £140 million ends up in a landfill in the UK every year, according to the Clothes Aid charity, sickened Charlotte.

She said: “When I had my second child and the hand-me-downs were getting taken out of the cupboard, there were just so many, but even then, I had to buy new clothes, as they didn’t fit and they didn’t suit my second daughter.” 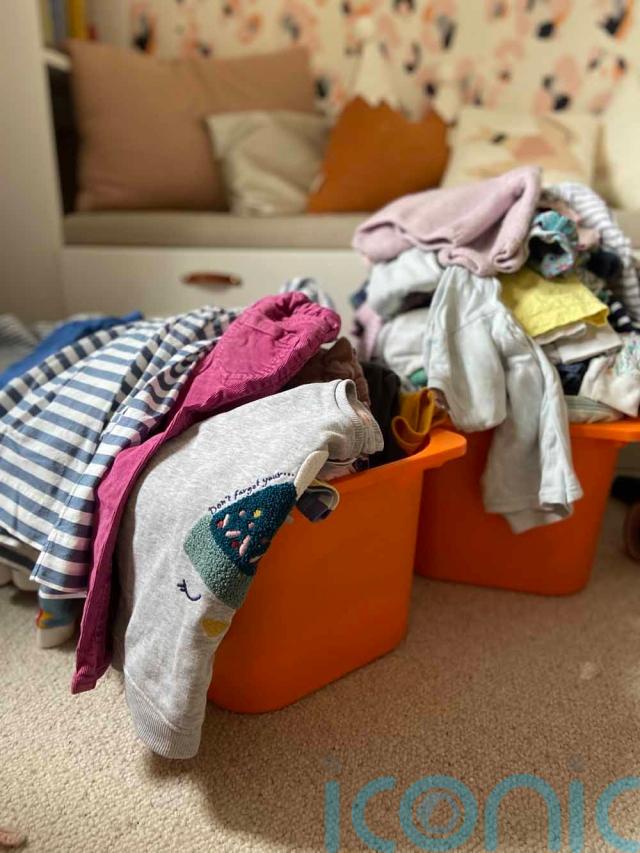 She added: “When you have children suddenly you care about something other than yourself, and you have to care about the planet, as it’s our future, so I wanted to do something about all this waste.”

Then, in the middle of 2019, shortly after Edith was born,  she recalls sitting on the floor, sifting through piles of clothes which had been donated to her by a friend, who herself had received them from another friend.

She was amazed that these clothes had been worn by seven children by the time they reached Edith, instead of being wasted in a wardrobe and left to wither away.

She said: “This started giving me ideas and I wondered if there was a better way altogether of clothing our kids.”

And, after hours of thinking and research, her eureka moment struck.

She said: “I used to sit at night breast feeding my daughters and I couldn’t stop thinking about it.” 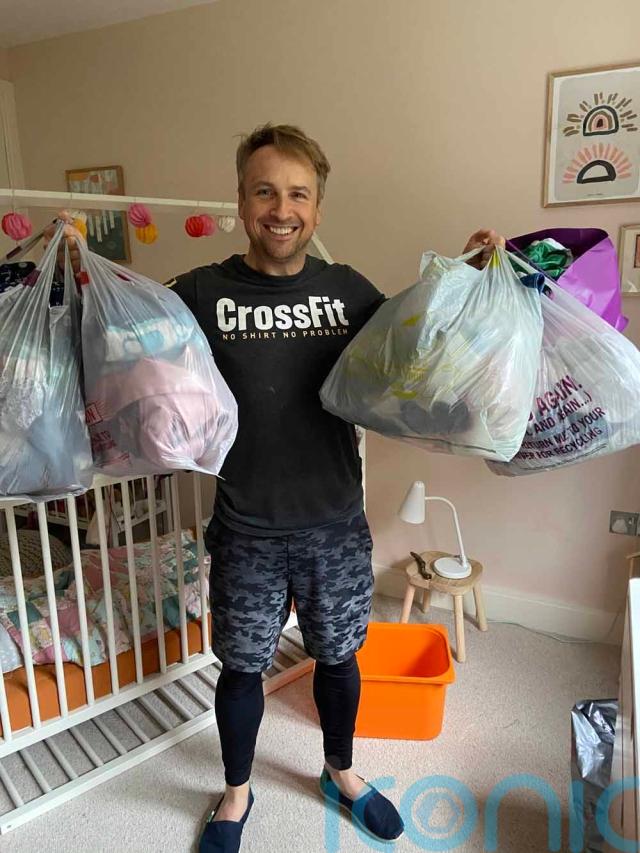 She added: “The more I thought about it, rental became an obvious choice. You’re not owning clothes, but you’re accessing them.

“Being a parent is such a stressful job and making life a bit easier for all parents was something that really drove me.”

After six months of market research, as well as hours toiling away in mums’ groups and chatrooms, The Little Loop was born on April 16, 2020, just weeks into the UK’s first national Covid lockdown. 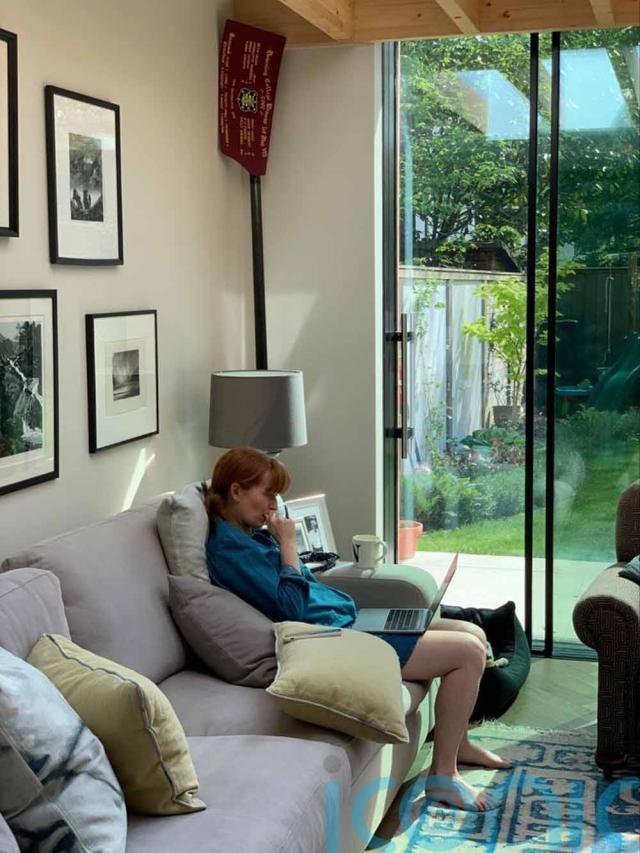 Passionate about her project and the environment, Charlotte convinced a number of big sustainable and ethical clothing brands to join her venture.

She said: “It is a shared wardrobe. What that means practically for the customers is that they pay for a membership, receive 100 credits to spend on clothes, then can swap those clothes through The Little Loop as many times as they like, for no extra cost.

“We enable parents to shop sustainably without compromising on convenience or cost.” 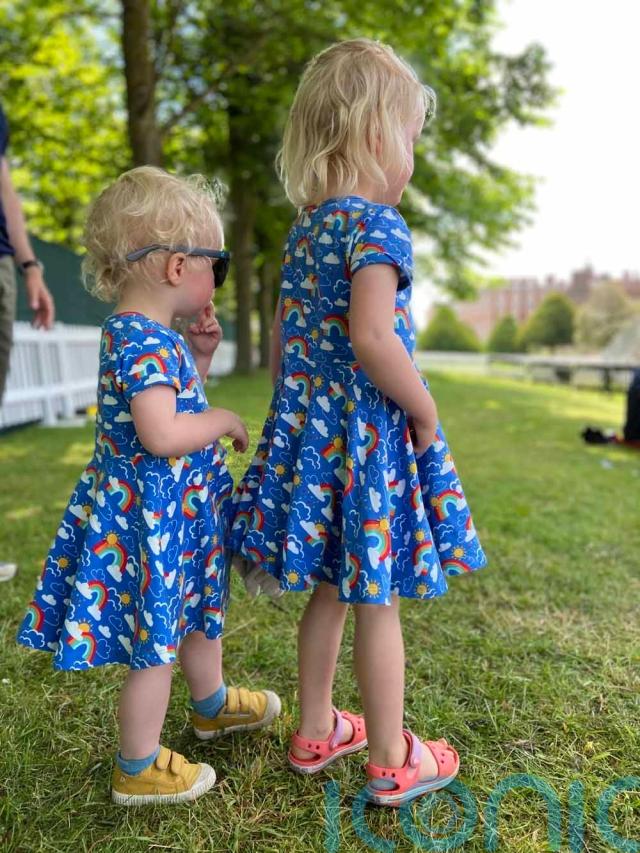 Launching with around 400 items of clothing – which included t-shirts, dresses, jeans, dungarees and “nice everyday clothes” for tots aged between two and three – they also had 40 excited customers.

Still working solo and out of her home, Charlotte had a room which was filled to the ceiling with boxes of clothing.

Then, investing over £100k of her own savings into the business, she also received an Innovate UK grant of around £160k. 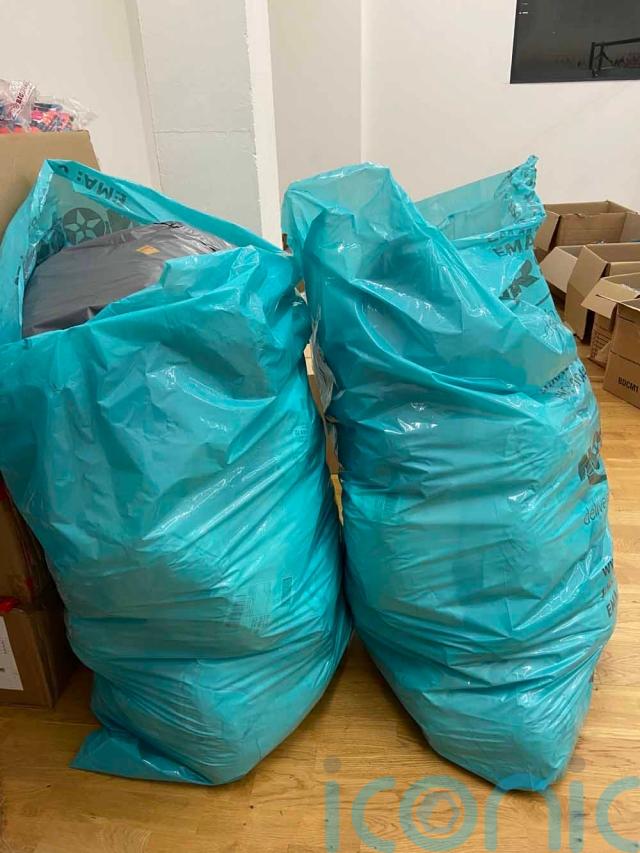 She said: “We funded everything with our personal savings at the start.

“It was quite scary to use our own money, our own savings.

“But we did everything slowly and grew with the business.”

She added: “Whenever we’ve put more money in, it felt like the right thing to do.”

And, incredibly, none of the now 7,000 items of clothing they have acquired have been thrown out. 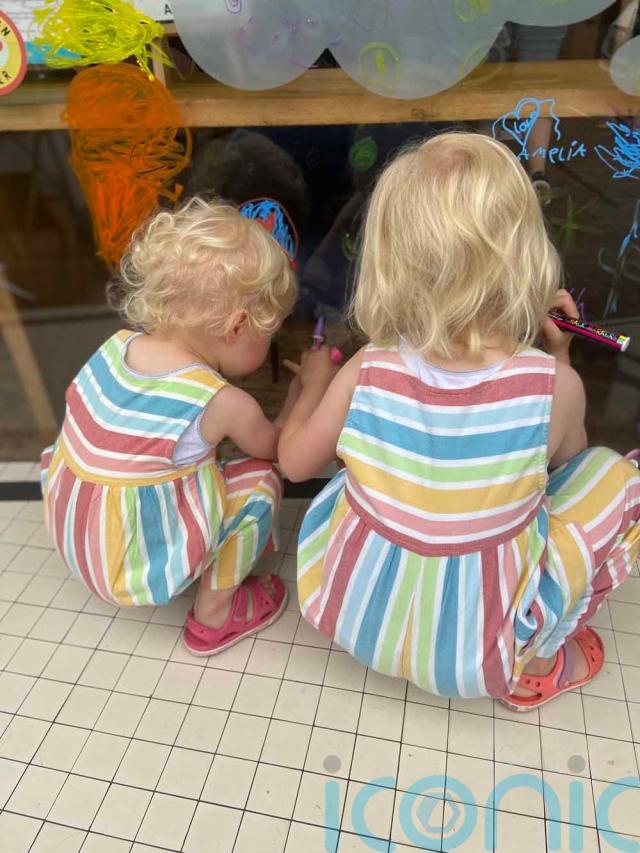 Nearly two years since taking the brave leap into the unknown, Charlotte says she feels proud of her achievement, after being inundated with hundreds of compliments from ecstatic parents.

Charlotte, who now has hundreds of customers, said: “We have had so many parents who tell us we’ve made their lives easier and better. That makes me the happiest.

“Parenting is so hard, so making life easier is just amazing.” 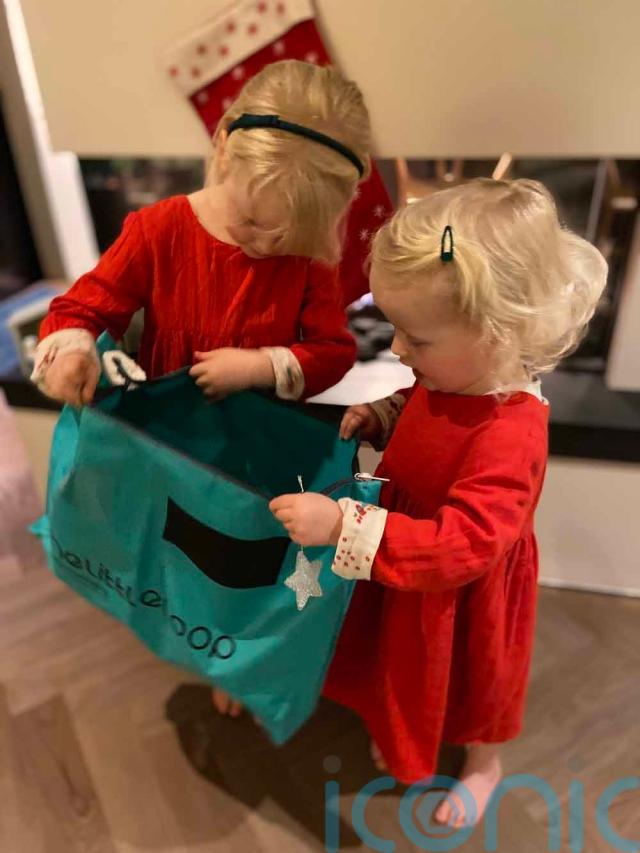 And as a mother of two beautiful daughters, Charlotte  – who uses a Starling business bank account to make managing business finances and particularly business outgoings easy and efficient – hopes she can inspire them to believe they can achieve anything they want in life as they grow up.

She said: “I’m a self made businessperson and that makes me very proud. I have worked so hard all my life, and everything I’ve done has allowed me to invest my money and time into this.

“I’m now seeing the rewards for my hard work.

“I want to be a brilliant mother to my daughters, so that they believe they can achieve anything, too.”

* Find out more on https://thelittleloop.com/