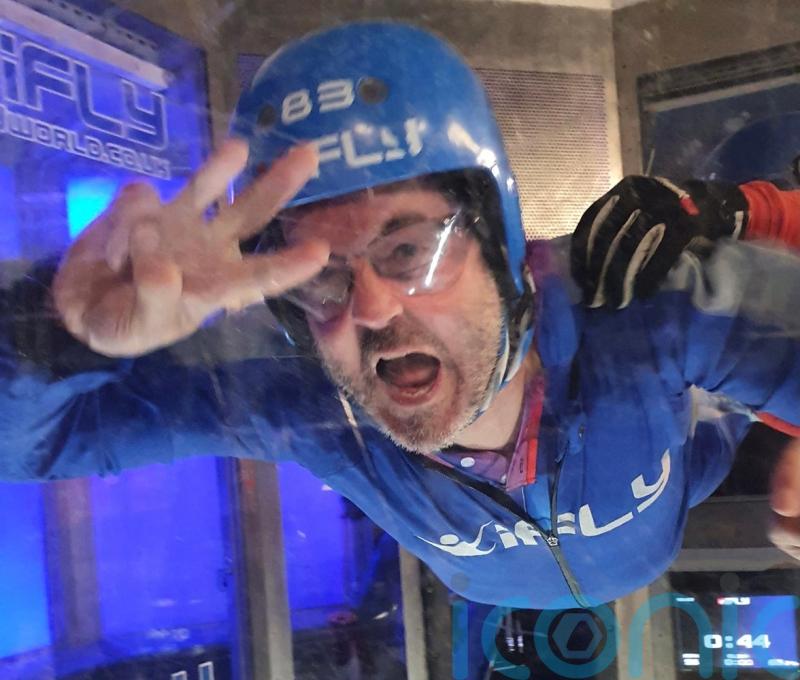 An impressive athlete who fundraises prolifically by everything from rugby playing to obstacle events is “happiest when skydiving” when he “falls as fast as anyone else” as multiple sclerosis has left him in a wheelchair.

Mark Webb, 53, first experienced symptoms of the debilitating lifelong condition affecting the brain and spinal cord when he went to tend his crying two-year-old in the night in 2007 and found himself temporarily paralysed – leading to an MS diagnosis later that year.

Despite now having no control of his legs and reduced grip in both hands, as well as a weakened left arm,  a keen triathlon runner before he was sick, the former social media manager who cannot work now, has raised thousands of pounds for charity through active pursuits.

Mark, who lives in Dunstable Downs, Bedfordshire, with his consultancy managing director wife Joanne Webb, 53, and their sons, Samuel, 16, and Toby, 11, said: “The only places I feel like anybody else are when I’m skydiving and I’m falling just as fast as anyone else, or when I’m in water. 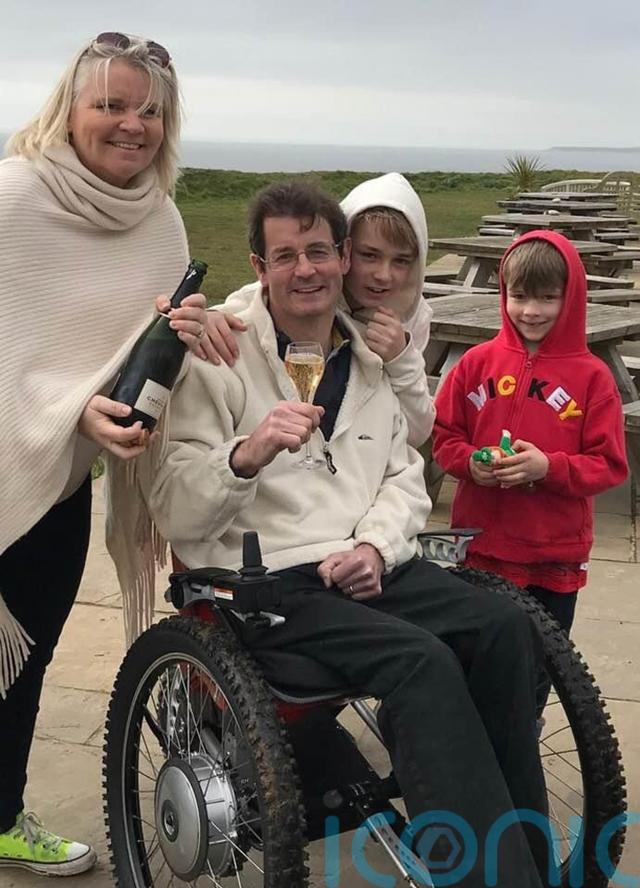 “We’re hoping to go to the Maldives before too long and I can have two weeks of floating in the water, feeling like anyone else and hearing my family happy and laughing.

“I also plan to use a seaplane, which takes off and lands on the water.  It’s an out of body experience, I love it.

“It is so out of my comfort zone and I get to experience something totally new. It takes me away from it all and is so good for my mental health.”

While observers think Mark’s feats are remarkable, he sees everything from rugby to Tough Mudder obstacle challenges as an escape from the restrictions imposed on him by MS. 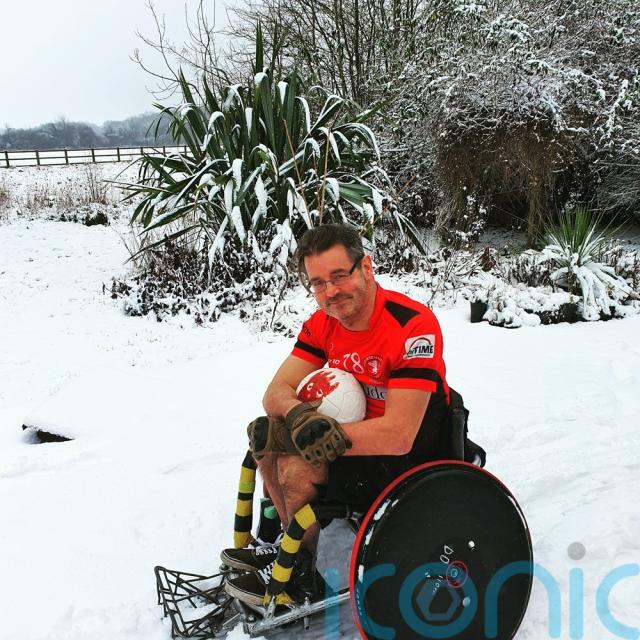 He said: “In every day life, I find myself constantly calculating and predicting the next risk I need to overcome.

“But when I’m falling through the air indoor skydiving, or floating in water, or being battered in a wheelchair rugby match, I am free of all my worries and can just forget about MS.”

A one-time ski-rep in his youth, Mark also hopes to try indoor seated ski-ing in the coming months.

He said: “I get a bigger adrenaline buzz than anybody else doing these things, because I am so much further out of my comfort zone. 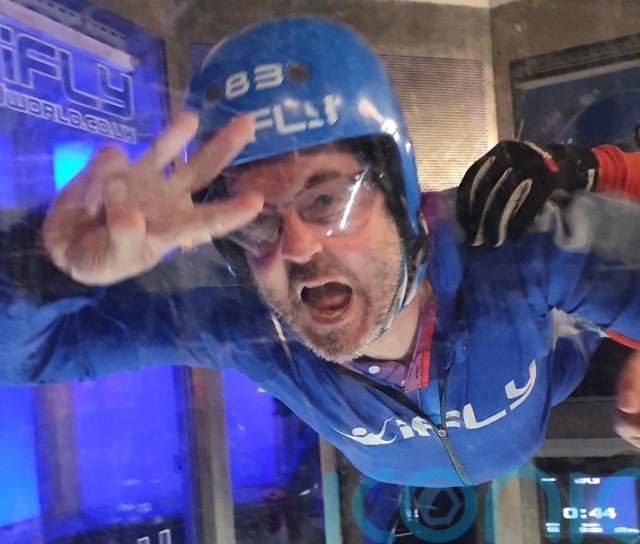 “There is a huge sense of achievement when I take on a new challenge and I know I can be an example to other people.

“I know I can make people rethink their attitude to MS and other disabilities. Just because you have been diagnosed with MS doesn’t mean you have to give up on your ambitions.”

Mark discovered he was seriously ill when his wife made him see his GP after his temporary paralysis in the night, only for the MS diagnosis to follow six months later.

Known as the “snowflake disease,” due to its unique effects on each sufferer, Mark said: “I had no idea what MS was. I was in shock and denial. 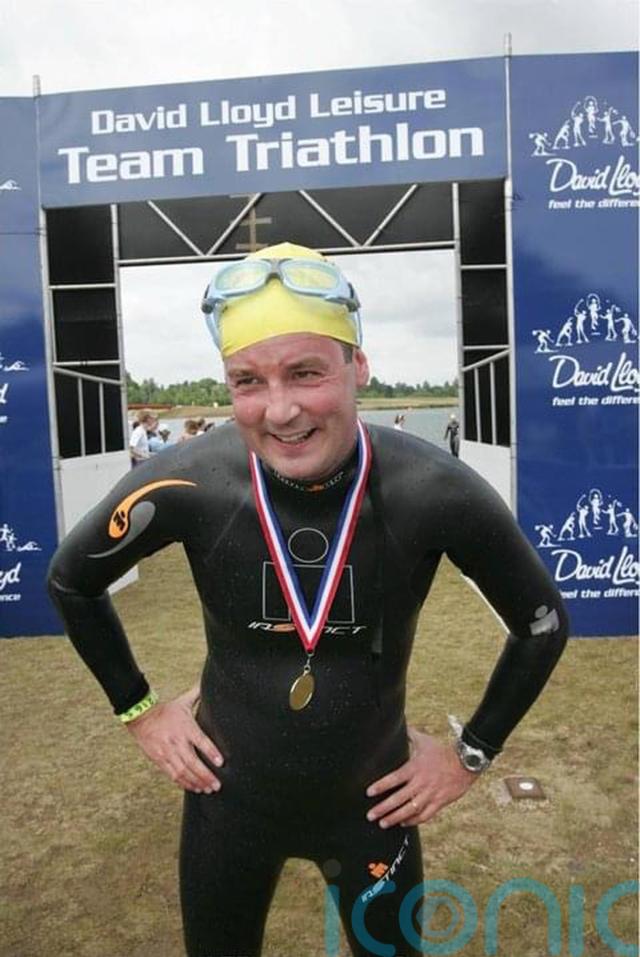 “Looking at Google, I just saw all these bad news stories and assumed I had minutes to live.”

Fortunately, Mark had amazing support from Joanne, who he met when they were both working for Disney in Paris in 1999, when he now realises the pins and needles he experienced spasmodically were indicators of the MS to come.

Then working in TV production, Mark said: “I instantly fell in love with her blue eyes and her laugh – even at my bad jokes. It took her a few months to notice me and then when she did, she thought I was gay.”

Thankfully, a drunken kiss in January 1999 sealed the deal and they were married by the end of the year, forging a deep love that has seen them through good times and challenges. 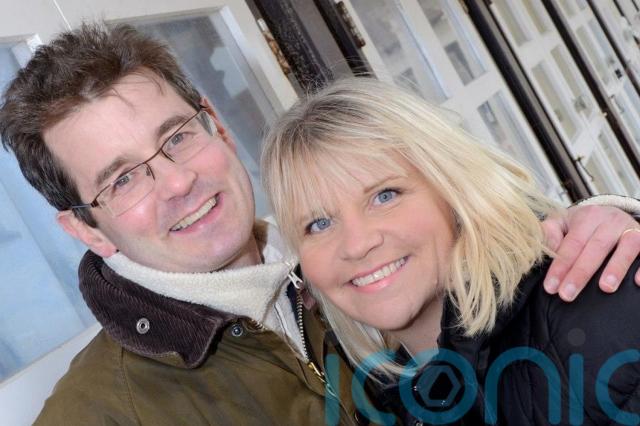 Experiencing a rapid deterioration in the first year after his diagnosis, Mark was forever grateful for Joanne’s unerring support as he started “walking like a drunk” and suffering from recurring falls.

“I needed stitches and it was definitely a wake-up call that I needed to start using an aid and having more help.”

Thanks to a £13,000 crowdfunded motorised off-road wheelchair, Mark still enjoys great days out with Joanne and his kids, exploring the landscape of the Dunstable Downs surrounding his home. His fundraising efforts have also made an astonishing £20,000 for two causes close to his heart – Shift.ms and the Chilterns MS Centre.

He said:  “I was a sack of potatoes when I did the Tough Mudder in Bristol, but I had a brilliant team around me who helped me get under and over every obstacle.

“I was nearly sick after just the first obstacle, it was so exhausting, but it was just amazing.

“I feel this immense sense of purpose to raise money for these charities and my local MS Centre.

“I can’t run a marathon like others so I’ve got to do something nonsense and I love it.”

Playing wheelchair rugby at least once a month for Bournemouth Lions is another favourite pastime.

He said: “I played rugby up until 18 as a captain which I can’t do anymore – but I can play wheelchair rugby.

“I’m 53 and I am playing contact sport. If I didn’t have MS, I probably wouldn’t be. It is brilliant.” 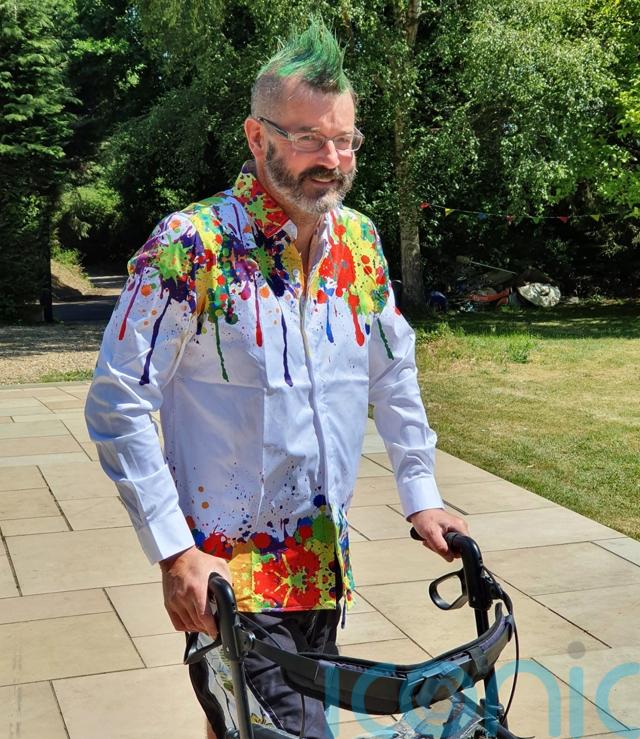 Determined to see the advantages as well as the drawbacks of his condition,, he says MS also means he is a constant presence in his children’s lives.

He said: “I am very conscious of what MS stops me from doing, but what I can do, is to be present for my sons whenever I’m awake.

“I know it must be hard  for them and that they must worry.

“But, generally, they they are happy children. I work hard to be a good father to them in my own way.” 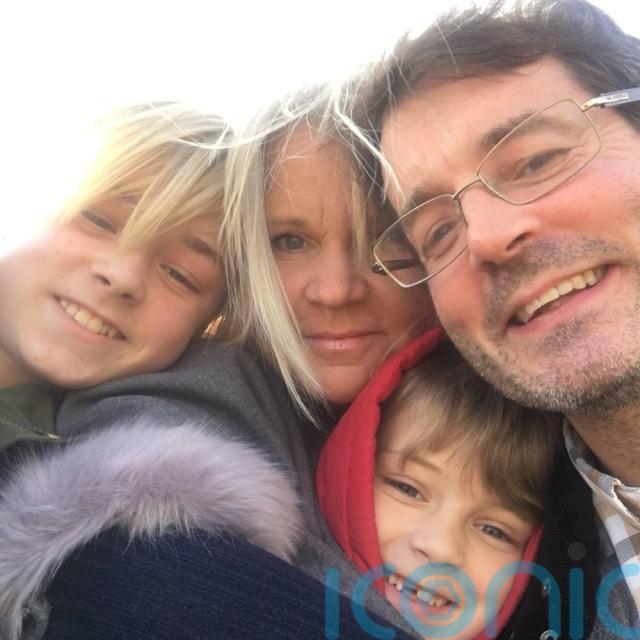 He has also learned to be honest about how he is feeling and to acknowledge it if he is having a bad day.

He said: “On a bad day, I will say I’m having a bad day, but I also have this sense of purpose that keeps me going.

“I am in love with my wife and have two amazing children, which means means that I make myself get out of bed when sometimes I probably should stay there.

Joanne also recognises that Mark’s illness has affected the whole family, although she is full of admiration for her incredible husband.

She said: “I vividly remember the day he was diagnosed, because we just kind of wandered out in a daze.

“When someone is diagnosed, it has an enormous impact on everyone’s life but you don’t have to sit and dwell and be morose about it.

“Mark used to say, ‘My name is Mark Webb and I’ve got MS,’ but he is so much more than that.  He’s also a father, a husband and a nutcase with no fashion sense whatsoever!” 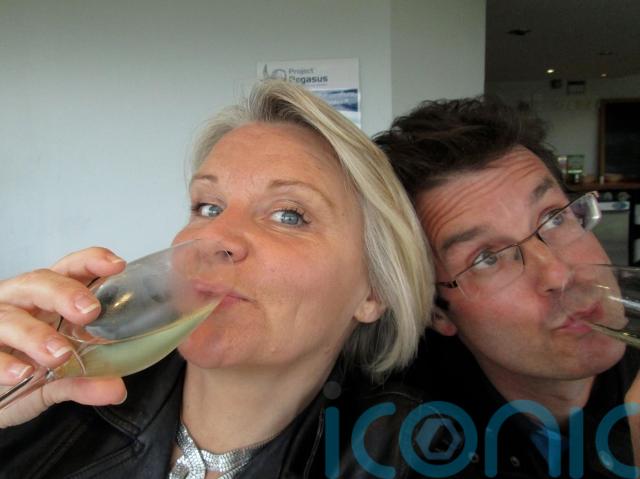 “You do have these three stages of grief and mourning over a life that you know you can’t have – but also you just need to snap out of it.

“We’re so privileged that we’ve got two incredibly fantastic boys and they don’t know any different.

“They don’t know a daddy that can run around the garden, but they do know a daddy who’s in a wheelchair and he’s an absolute nutcase.

“He has been a really great, supportive dad who wants to get involved in lots of things, which a lot of able bodied dads don’t do. 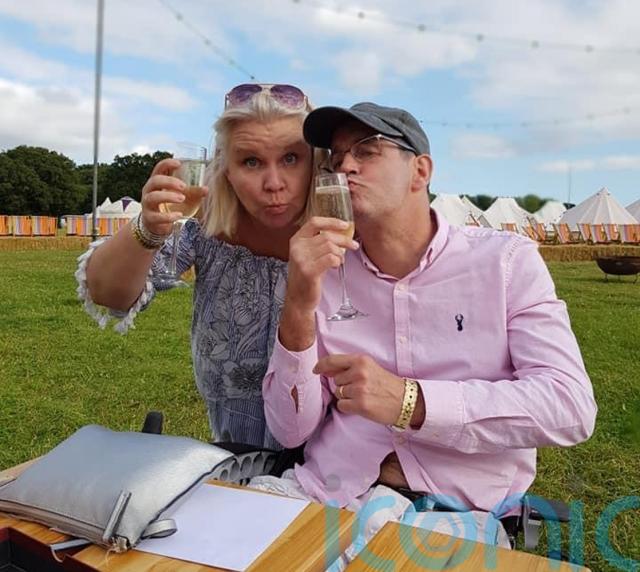 “And all the challenges he has done to raise money for charity are incredible. It’s like he’s found his calling to normalise disability and to be positive.”

* To find out more about multiple sclerosis go to https://shift.ms/

Further useful tips to get moving can be found on the We Are Undefeatable website at https://weareundefeatable.co.uk/