Mum tells how quitting the rat race and becoming a nomad has boosted her salary to six figures, slashed her bills and lets her spend more time with her kids 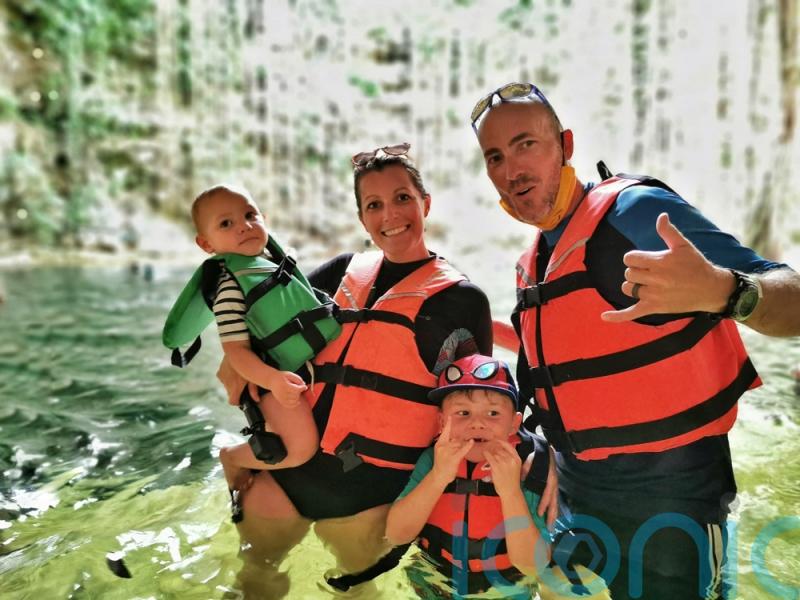 A high-flying mum who gambled everything to follow a nomadic life with her husband and their family has boosted her annual £40K income to six figures after launching four businesses from a campervan.

Fed-up with the rat race, in 2016 Jennifer Constant, 37, then working as an account director in fundraising, and her husband, Terry Constant, 41, who was in logistics, sold their £310,000 four-bedroom Bristol home and moved into a £12,000 CI campervan with their son Ethan, then one – to travel the world.

But while Terry no longer has a job, with Jennifer saying he has become an “adventurer,” their off-grid lifestyle  – motoring across Europe and visiting 21 countries – boosted rather than curbed her entrepreneurial skills, seeing her launch a celebrant directory and digital marketing agency business, which was soon raking in rewards. 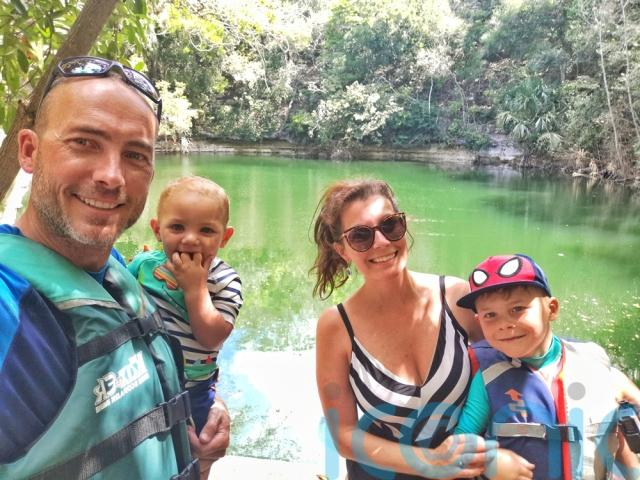 The arrival of their second son Arlo, born in Grenada, Spain, in December 2019,  meant  they briefly rented a flat – also staying in one place in Spain during the Covid lockdowns – but they are now on the move again, living rent-free for the next four months, having spent three of their five years rent-free, house-sitting grand properties across the world.

Jennifer, who is currently house-sitting in Worthing, West Sussex, now hopes to earn enough to retire in comfort within the next 10 years, saying: “If we’d  stayed put, I wouldn’t have done what I’ve done.

“I never knew I had it in me to actually make that kind of money – it blows me away.” 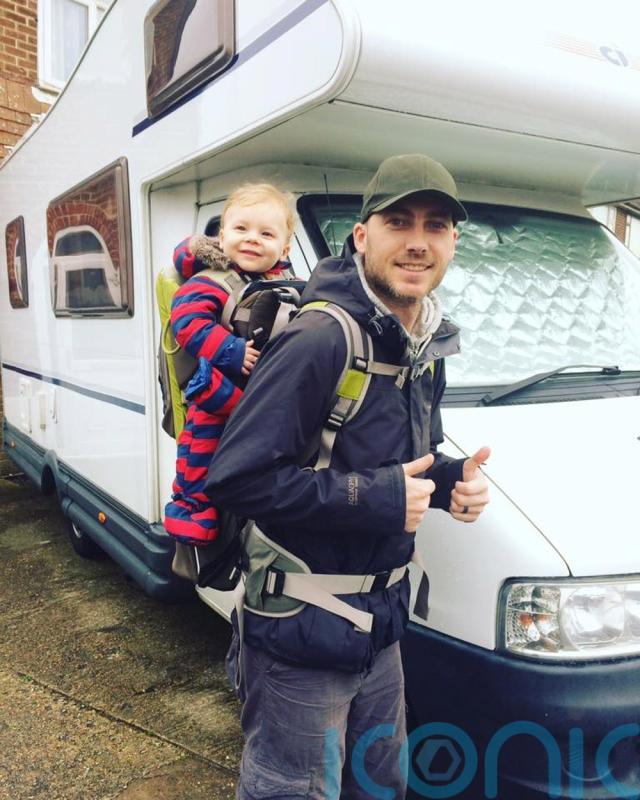 She added: “At some point, I will be able to sit back and let the businesses run without me at the head of them and just live full on, off grid, without bills, in a self-sustainable home we build.

“We will finally be able to live with complete freedom and without work.”

Prior to selling their home and most of their belongings in the summer of 2016, Jennifer said she and Terry  – who now spend only £500 a month on all their outgoings, except the children’s tuition – were breaking their backs working to afford their home and lifestyle. 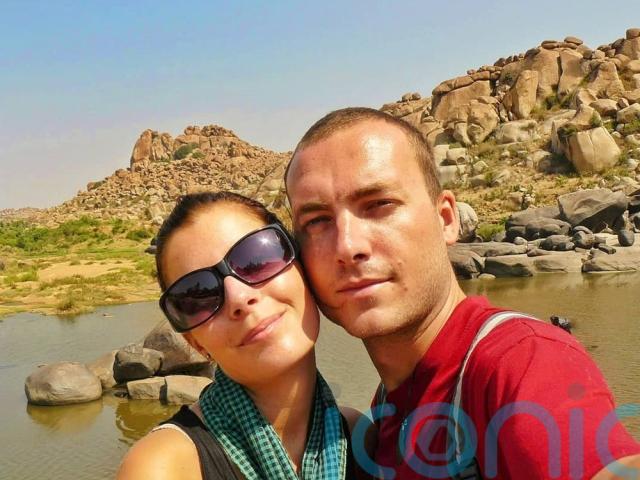 Missing out on Ethan’s early years, as they were working full time, while forking out £1,000 a month for his nursery fees alone, the couple were desperate to break away.

“We had everything we desired, the jobs, the house and our son, but it wasn’t right – it wasn’t what we wanted,” said Jennifer.

“I suffered really badly with anxiety before we left, because I was worried about everything – what shoes I wore, what my hair looked like, painting and decorating the house, having a nice car etc.” 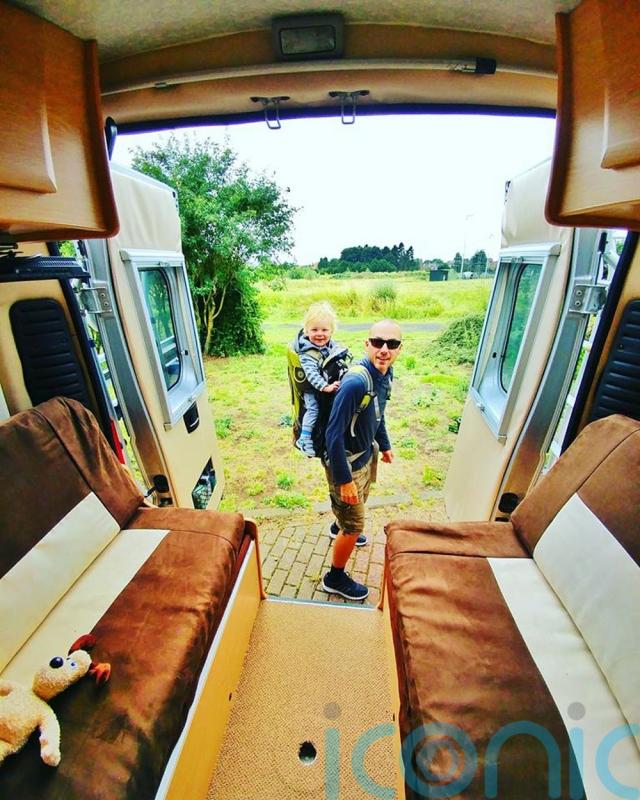 She added: “It wasn’t until we were out of our comfortable home, living out of one tiny cupboard in a motorhome, where I built my businesses, that I realised, ‘Hey,  there’s so much more to life, and so much more that I can give my children.’

“Choosing this lifestyle has freed me.”

Finally ready to hit the road in January 2017 with Ethan, now six, in their £12k van from Norfolk, their lives changed virtually overnight as they set off to see Spain, Portugal, France, Belgium, Luxembourg, Germany, Austria, Slovenia, Italy and other countries. 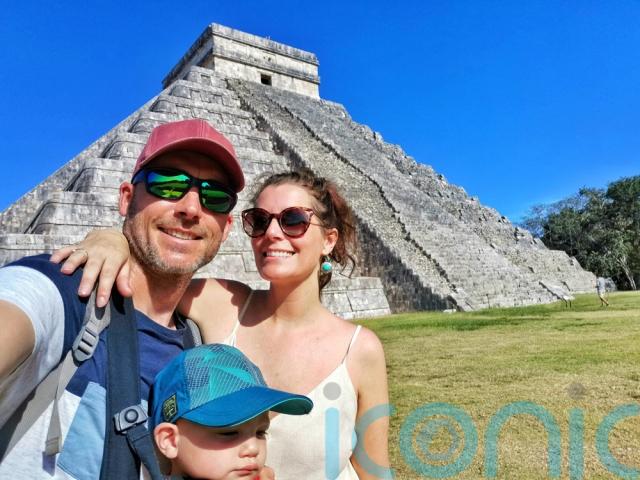 During their early travels, Jennifer worked in libraries and internet cafés along the way, helping her to compile a directory of celebrants – people who perform ceremonies. Her aim was to create a one stop shop online space for ideas, inspiration and information about celebrants.

Quickly followed by a digital marketing agency for wedding professionals – JenniferClaire.com – its success soared alongside another sideline she started as a success coach.

“I built my businesses library across Europe, picking up WiFi where I could,” she said. 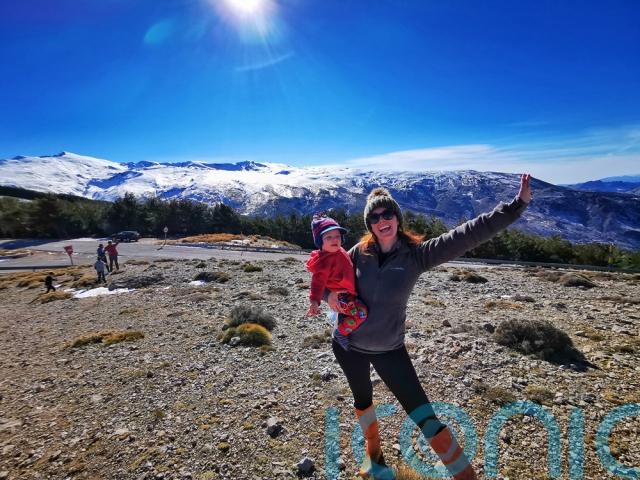 “I now have six members of staff with my directory and, across my four businesses, I earn a multi six figure salary.

“I’m now able to work three days a week, as well, finishing at 2pm,  so I can be with the kids in the afternoons, because I have taken the time to build up a team around me that I trust.”

When Jennifer and Terry discovered they were having a baby in March 2019, they still enjoyed wild camping  – stopping wherever they fancied – and only started renting a flat a few months before Arlo’s due date in December. 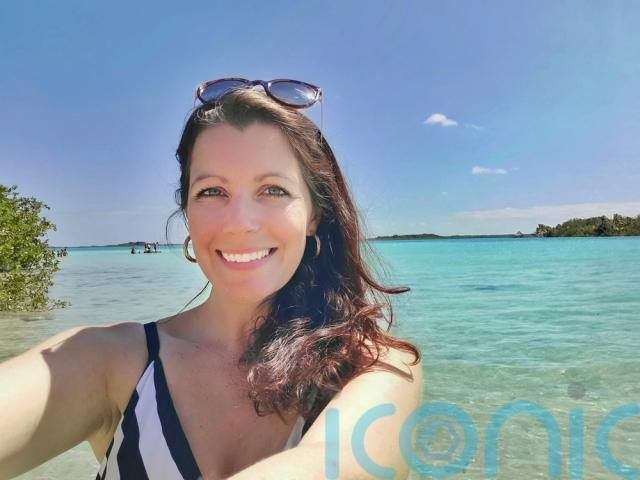 She said: “Travelling while pregnant in a motorhome was interesting, getting bigger and bigger, but we continued doing things in our own way.

“It is hard to be a nonconformist when it comes to pregnancy, because everyone tells you that you need a mortgage and need to settle down and support your family.

“But I have grown my businesses from a laptop and have enough coming in that I don’t need to worry about money. We can be independent.” 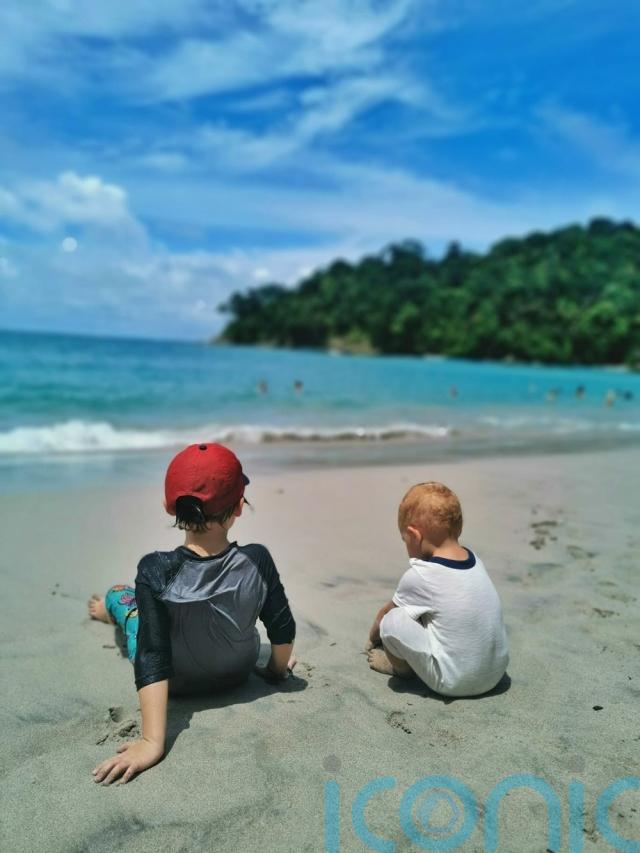 Then, a few months after Arlo’s birth, the Covid pandemic forced the family to stay in one place, so they sold their motorhome and rented a flat in Spain.

Jennifer said: “Spain had a severe lockdown, which was really hard with a four year old and a three month old, in an apartment without much outside space.

“You could only leave the house if you had a dog to walk which we didn’t.” 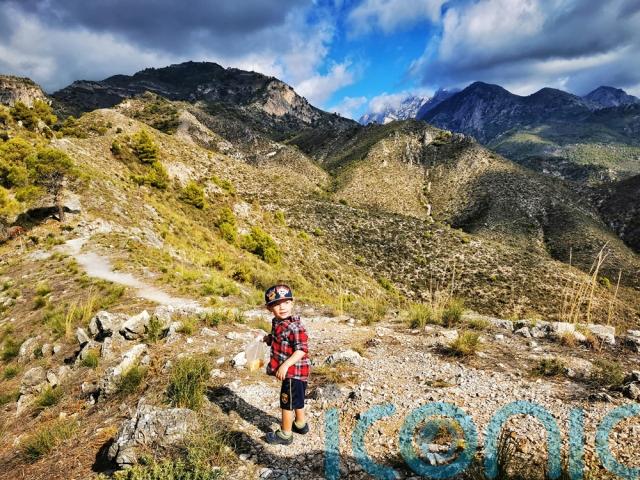 She added: “This was really tough, because Ethan just wanted to be out and doing things.

“He had grown up interacting with different people, places and cultures and suddenly, we couldn’t go out.”

But, once restrictions lifted, in the summer of 2020, the family quickly resumed their adventures – this time house-sitting across Mexico, Costa Rica, Panama and the USA. 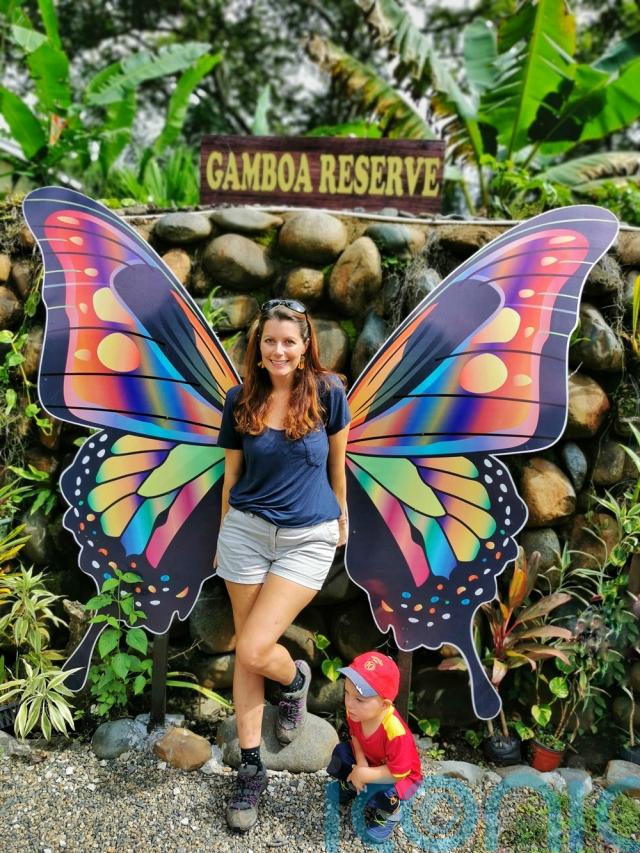 “We spent four months in a 16th century mill in Spain and we stayed in a five-bed house in Washington, DC, USA, last year.

“The owners just leave the key under the mat and we look after their pets or put the heating on and get to stay in these beautiful homes.” 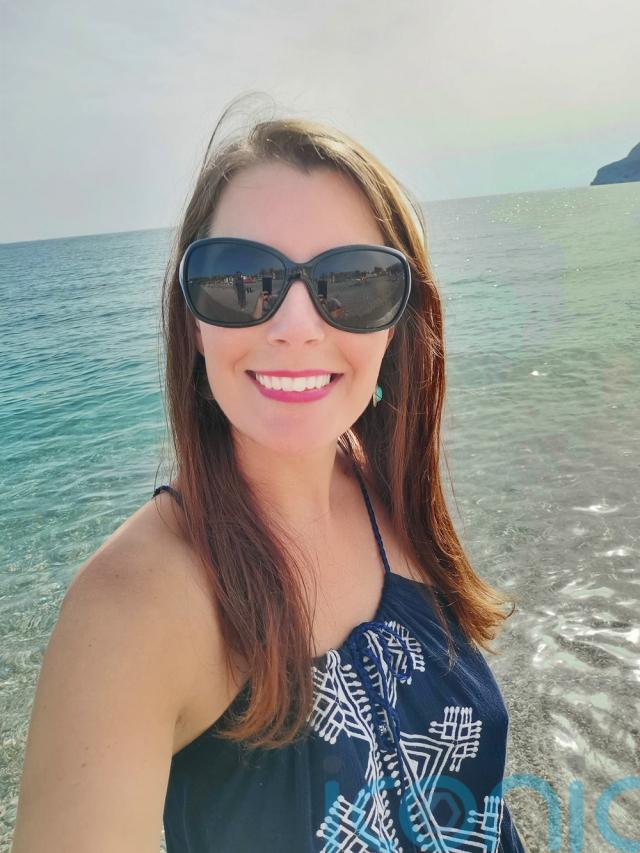 While the couple have enjoyed their nomadic lifestyle, they plan to design and build a home that will be completely off-grid, where Jennifer hopes she can start her early retirement within the next decade.

She said: “We want to be completely self-sustainable and build a home in Portugal or Spain.

“When you think about the future and climate change, we don’t know what the world will look.” 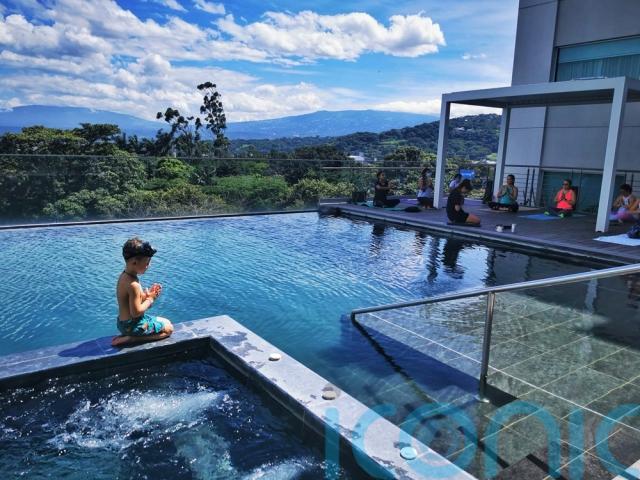 Jennifer added: “We want to build a home with solar energy, our own water system and just be full on off-grid, so we don’t have the bills.

“I want to be able to just sit back and let the businesses run without me.

“We don’t have any debts, so everything we make just goes into investments, pensions,  and savings. We are moving towards the day where I don’t have to work anymore.” 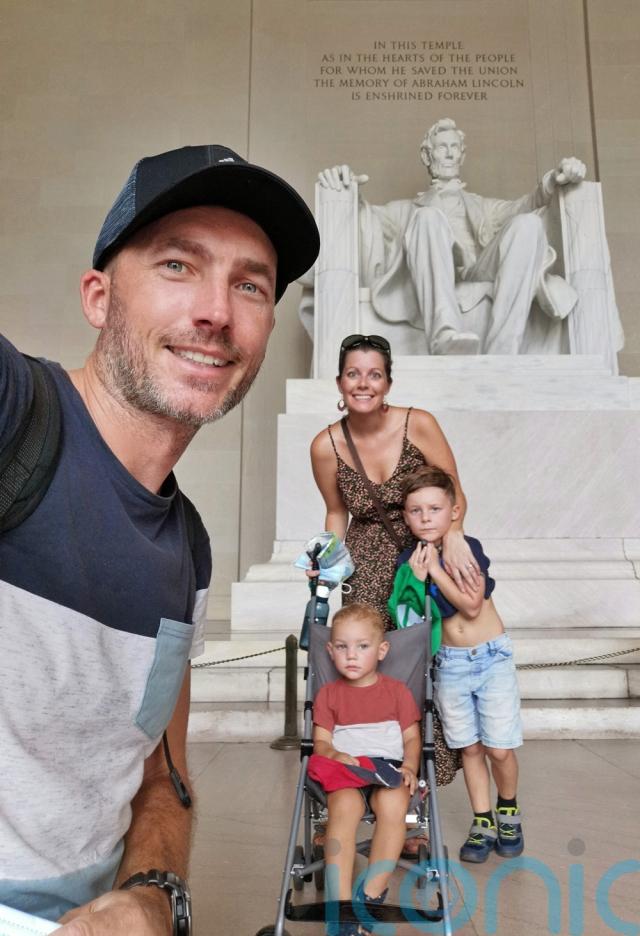 Jennifer’s coaching sideline has also become an academy, the Trainee Academy of Modern Celebrancy, which is thriving.

“But being free, I am able to take risks and focus, because Terry is the main caregiver in our family, taking the boys off for adventures.” 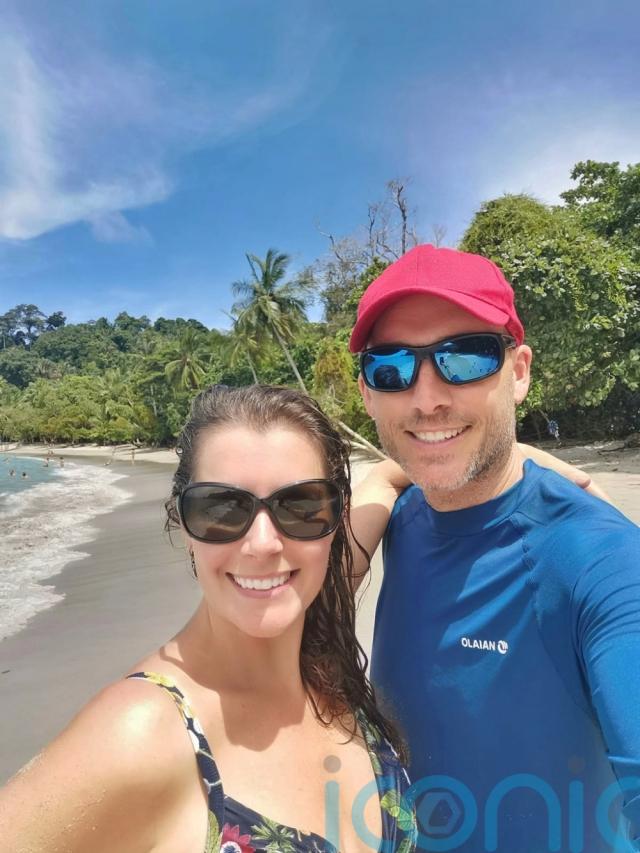 Jennifer added: “I recorded most of my course content from my phone and have run challenges from campsites across Europe.”

While the family are temporarily based in Worthing, where they are house-sitting, their largest outgoing is the boys’ education, as they are paying £500 a month for private school for Ethan and £300 a month for nursery for Arlo while they are there.

Other than that, they spend just £70 a week on food and £400 on bills and other expenses.

And the couple are keen to remove the children from mainstream education and give them more tailored and practical learning from tutors at home.

“We want them to be more involved in nature and around like-minded people,” said Jennifer.

“Ethan is such a free spirit and is so adventurous and inquisitive, always asking questions and I just don’t think he’d be able to sit still long enough to get through the day in a normal school.” 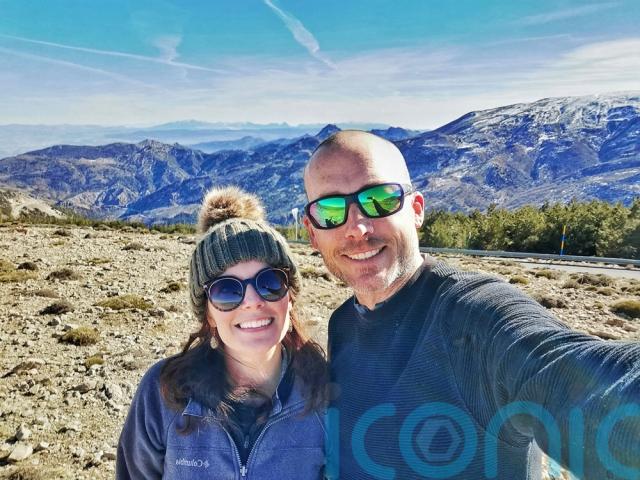 But this improvised way of life suits all members of the Constant family perfectly.

Jennifer said: “We pretty much fly by the seat of our pants every day.

“We don’t have any routines and the kids don’t have bedtimes – the only thing we have to fit around is my work.” 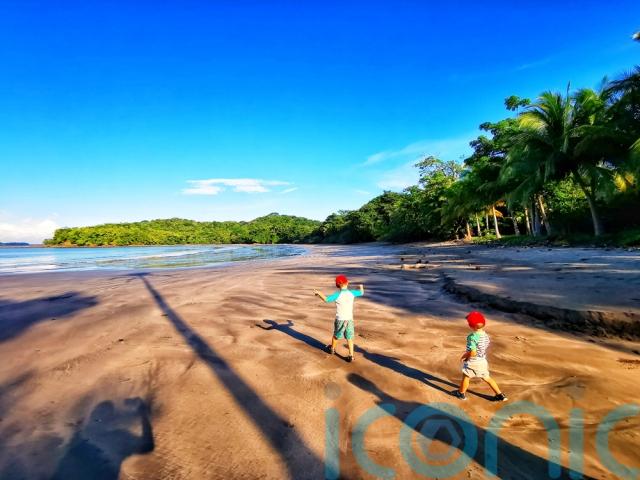 She added: “It will depend when I have meetings, but I will do four hours of work and then plan adventures in the afternoon and go to the pool or park or a local tourist attraction.”

While the family have moved around over the last few years, Jennifer said they have always found a way to meet other families, through the power of Facebook groups.

“We joined local groups everywhere we went and would ask to meet up with other parents with five year olds,” she said. 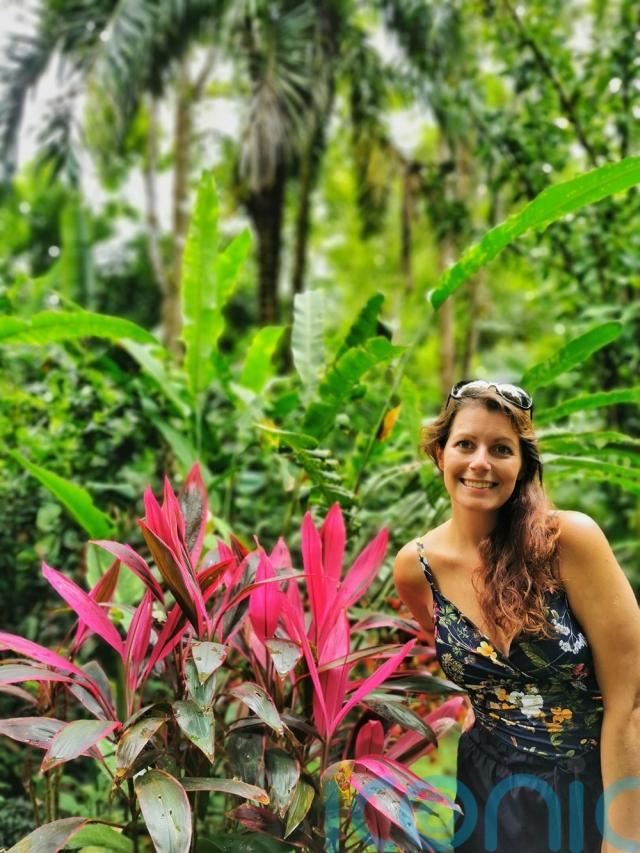 “We met up in parks or the beach with families or joined home-schooling groups and we even found a family from Australia that we ended up travelling with for two weeks in Romania in 2018.”

With the cost of living crisis tightening purses across the country, Jennifer feels grateful for the leap of faith they took back in 2016, as it has given them their dream lifestyle without breaking the bank.

She said: “The UK is so unaffordable right now that I don’t want to get myself back in a big mortgage.” 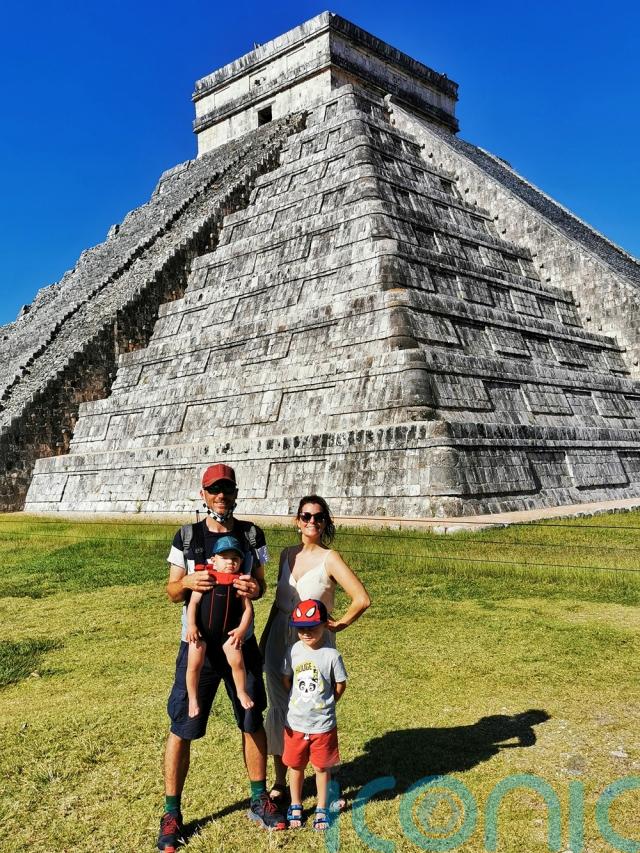 Jennifer added: “I would never have imagined I would earn six figures from businesses that I built in a campervan with two kids living nomadically.

“But we’ve done it and we’ve never been happier, less stressed or more successful.”