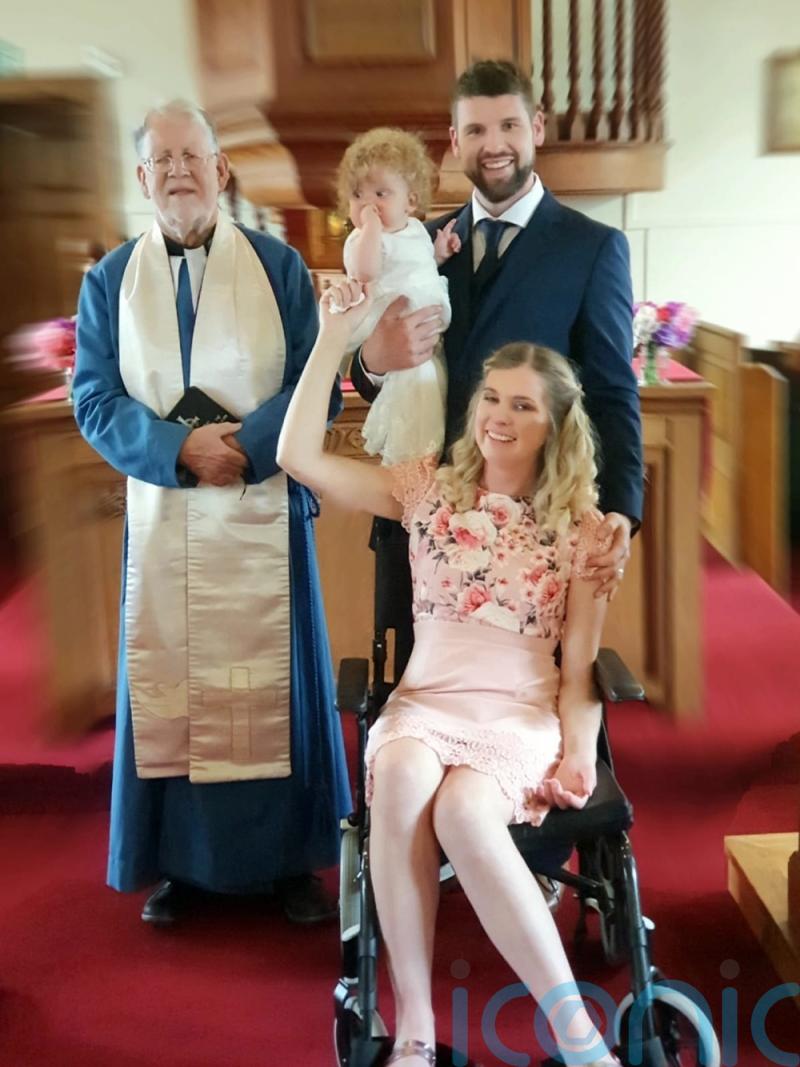 An RAF veteran who has raised £42K in memory of the wife he lost to a brain tumour after his TikTok tribute to her went viral with 2 million views sees her every day in their three-year-old daughter who has her “infectious positivity” and “ridiculously curly hair.”

Citing his role as a single dad to Sienna, who was born in October 2018, as his toughest but most rewarding job to date, Alan Johnstone’s one deep regret is that her mum, Anneka, only knew the child they thought would be their “entire future” for 13 months.

Ironically, Anneka, 33, a dietician, had devoted her life to the NHS, but the health service she loved was unable to save her when she was diagnosed with glioblastoma grade IV  – a malignant brain tumour – in July 2019, which saw her deteriorate rapidly, before passing away five months later. 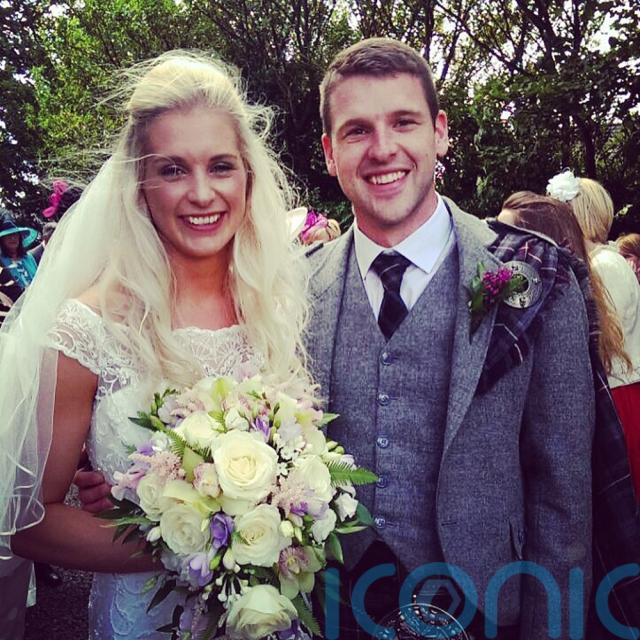 Alan, 37, a medical technician for the NHS, who is now bringing Sienna up as a single dad in Dumfries, Scotland, said: “I’m reminded every day of Anneka. Every time I see our daughter I see her too.

“She is her spitting image. They both have stunning and ridiculously thick curly hair and the same contagious positivity.

“Sienna was our future together and it breaks my heart that Anneka never got the chance to see her grow up. She is just in nursery now and I just wish she could have been here to see this.

“I know Anneka would have been the best mum in the world. She was so caring, thoughtful and loving and Sienna has been robbed of that.” 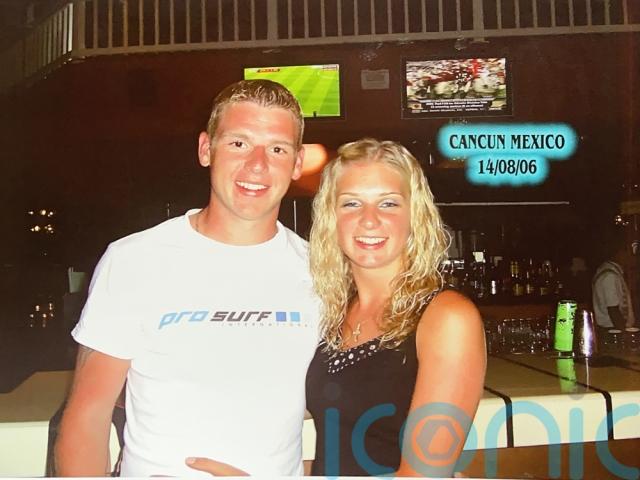 Alan, who has just walked 214 miles coast-to-coast along Scotland’s Southern Upland Way – smashing his £3K fundraising target for The Brain Tumour Charity by raising £42K –  is now keen to promote research so that other families can be spared the same tragedy.

He said: “Hopefully, we can rid the world of this awful disease which ripped my heart apart.”

Alan and Anneka met in a nightclub in their hometown of Newton Stewart, known as the Gateway to the Galloway Hills, in 2003, when she was 17 and a lifeguard hoping to study dietetics at Queen Margaret University, Edinburgh, while he, aged 18, had just joined the RAF as a first jet technician. 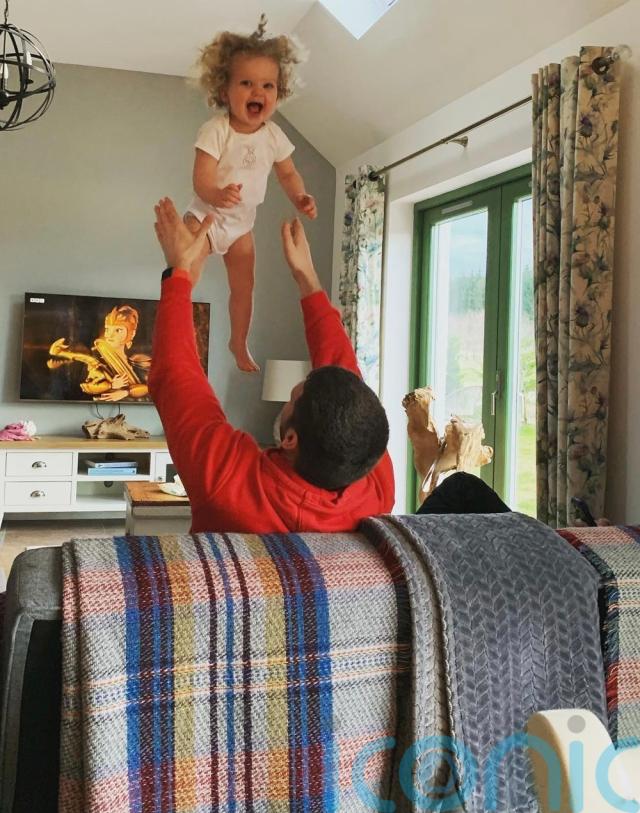 It was love at first sight for the besotted pair, who began to exchange texts and met up every weekend, despite a gruelling 165-mile roundtrip between Newton Stewart and RAF Leuchars in  Fife.

Alan said:  “Anneka was intelligent, she was funny, she was larger than life.

“I was immediately attracted to her as a person. We were texting away on our old Nokias and I would spend all day waiting for her messages.

“We would have drinks, hang out, wake up rough on Sundays and then travel back. That was the first seven years of our relationship.” 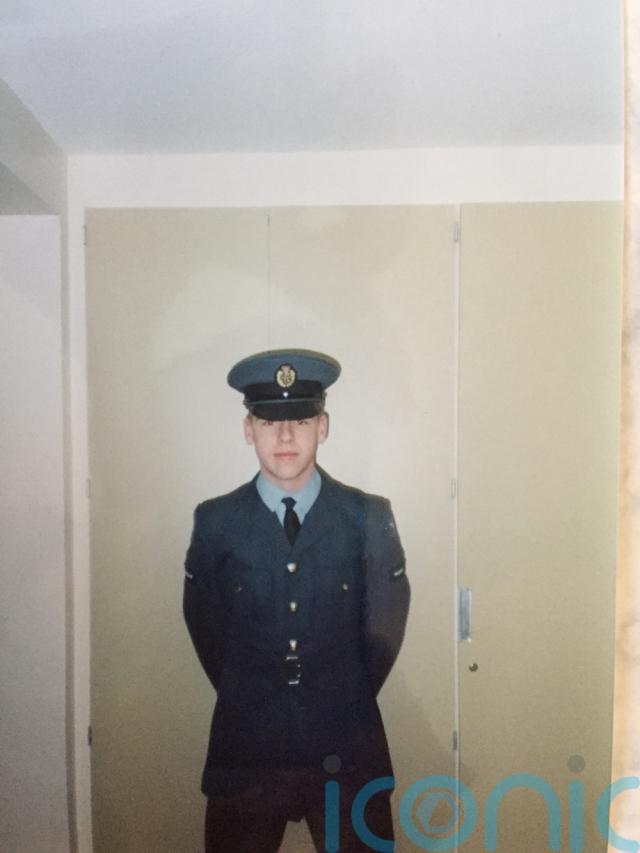 Alan was often away on tour and had one four-month stint in the Falklands in 2007, but they always found time to be together when they could.

He said: “I knew immediately that Anneka was the one. She was bubbly, cheery, always smiling and laughing.

“She genuinely just lit up every room. People who met her for five minutes would remember her for life.” 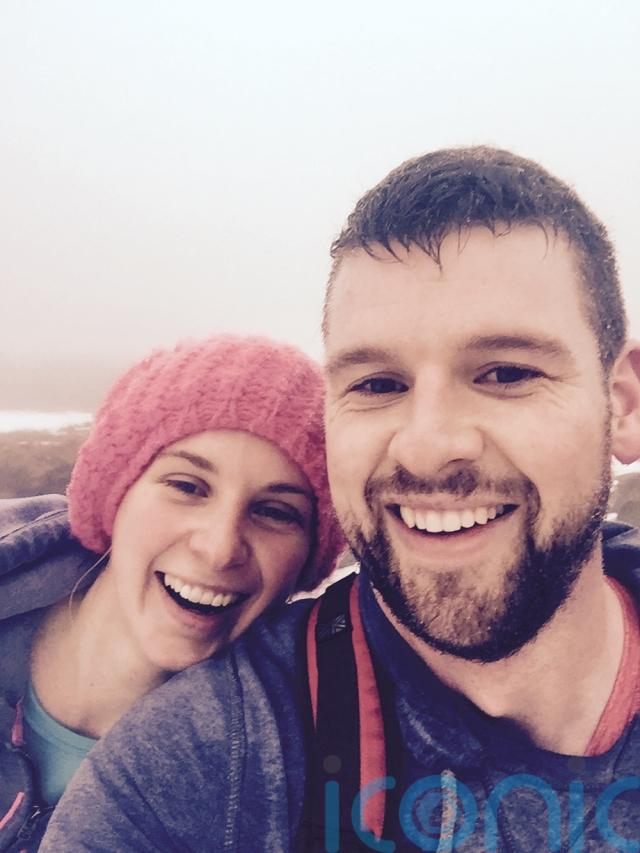 Despite the distance and the many days, weeks and sometimes months apart, the devoted couple persevered.

Alan added: “We met up at weekends and they just flew by.

“Getting to know someone for 36 hours before having to leave them again for weeks was tough, but we knew we were meant for each other.

“It’s why we were able to keep the long distance going for as long as we did.” 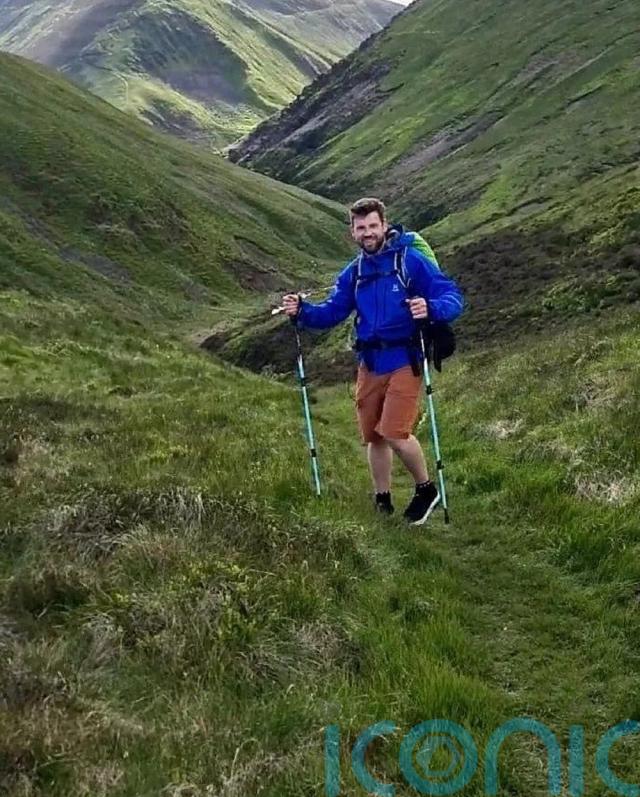 Anneka worked as a dietician at Edinburgh Hospital until 2011, when she became homesick and the couple bought a £110K semi-detached three bedroom house together in Dumfries.

At the same time, Alan left the RAF so he could be closer to Anneka and they could start a family.

Leaving his £30K annual salary behind for a far more modest £20K working for the NHS, he said: “Anneka was the reason I left the military. I loved the job but I loved her more.” 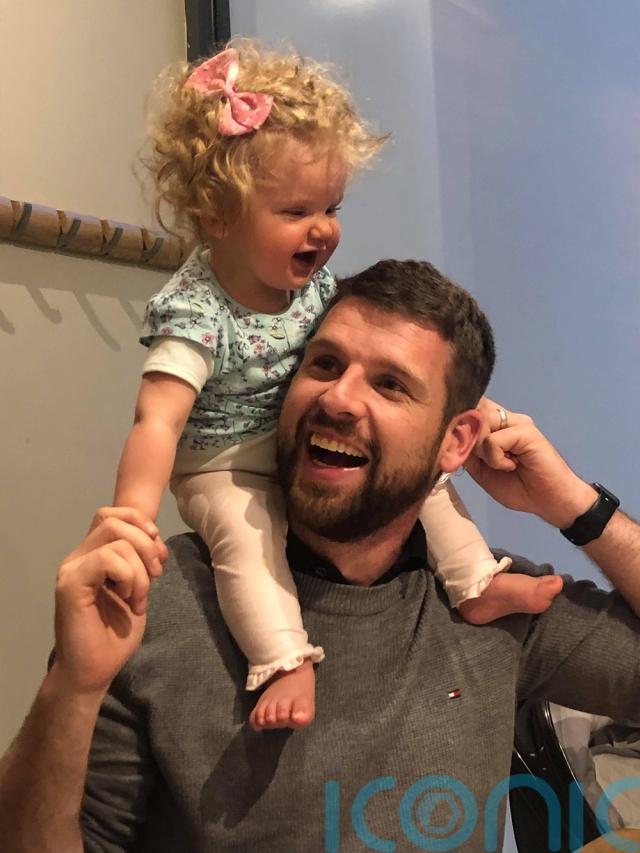 He continued: “I didn’t like how often I was away from her. I didn’t want us to just be together over the weekends.

“I always wanted kids and I knew I had to leave the RAF to be there with her and start a family.

“I knew I wanted to spend my life with her, so I didn’t want to keep meeting on the road. She was my future.” 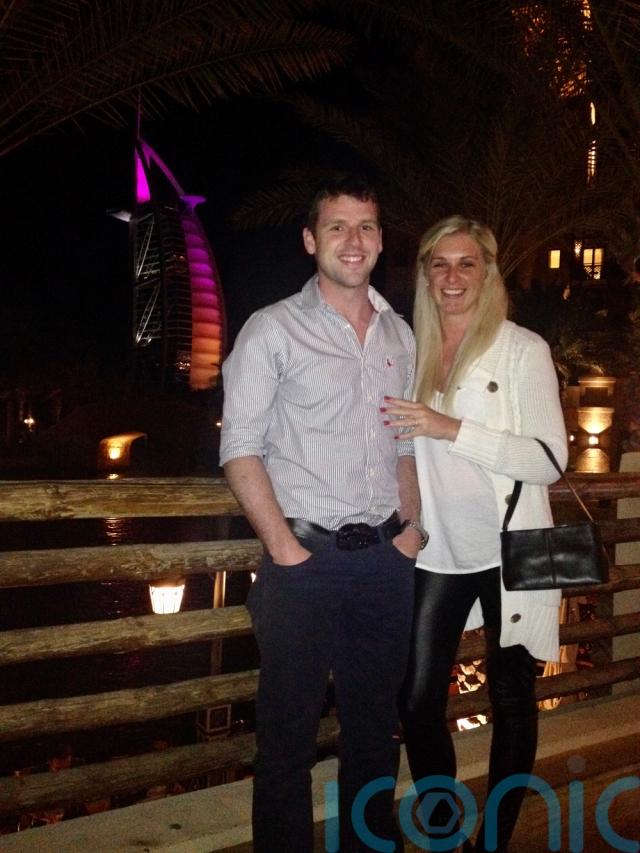 Alan proposed to Anneka on December 30, 2013, in Dubai at a restaurant in the world’s tallest building, the Burj Khalifa, and the couple married on July 4, 2015 at Kirkinner Parish Church in front of 130 friends and family.

He said: “I was more nervous that day than I ever was in my decade at the RAF. It was so nerve wracking.

“When Anneka walked down the aisle, I was in disbelief. It was the first time she was ever on time.

“When we got married that’s the closest I have ever felt to being complete. I had never been so happy.” 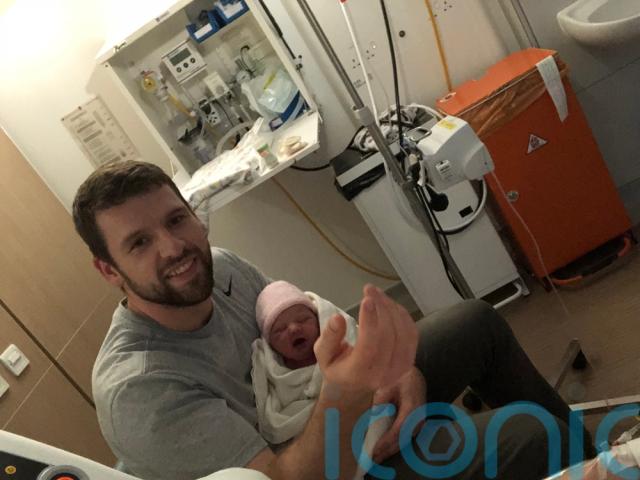 In the summer of 2017 they started trying for a baby and Sienna was born at 4.24am on October 13 2018 at Dumfries and Galloway Royal Infirmary, weighing a healthy 8lb 15oz.

Alan said: “In our family we never cry, but when she was born I was crying. I was totally smitten.

“As long as I had them both in my life – Anneka and Sienna – I felt amazing. I had a beer that night and it was an indescribable feeling.

“I felt so fulfilled and I was looking forward to a lifetime with these two girls.” 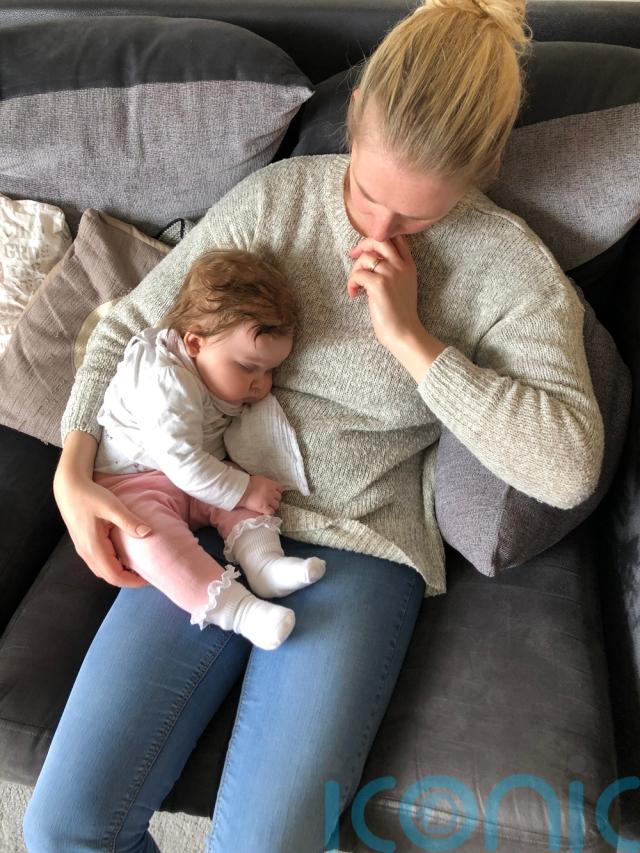 But, tragically, death would part them far sooner than they could ever have anticipated.

By the time Sienna was six months old, Anneka’s health was deteriorating rapidly.

She complained of a metallic taste in her mouth and said she was always dizzy. 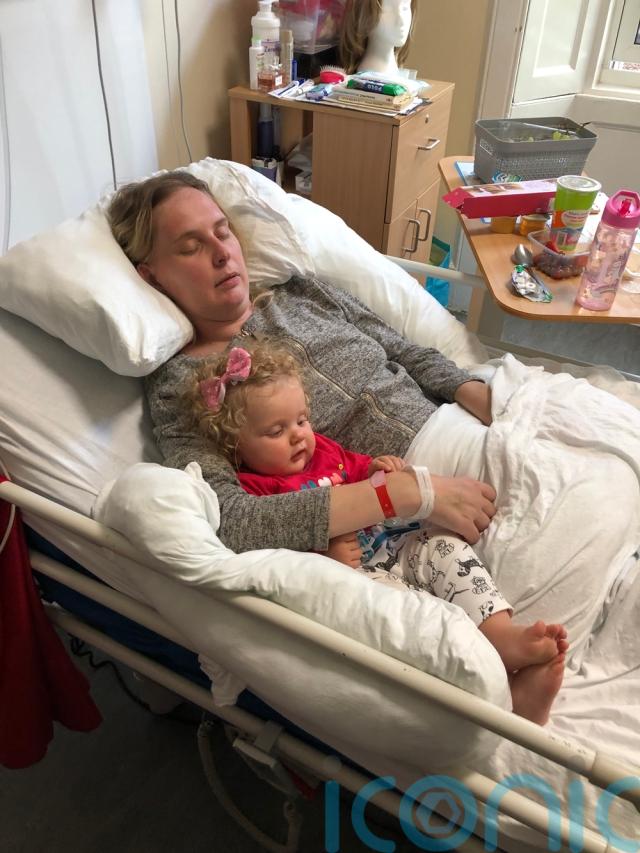 After seeing her GP in May 2019, she was told she had an inner ear infection and the family felt relieved.

But later that week, Anneka, who was “fit and healthy” and went to the gym four times a week before her pregnancy, dropped Sienna while she walking up the stairs in their home.

Alan said: “This really got into Anneka’s head, she became really worried. I think she thought she couldn’t take care of her own daughter.” 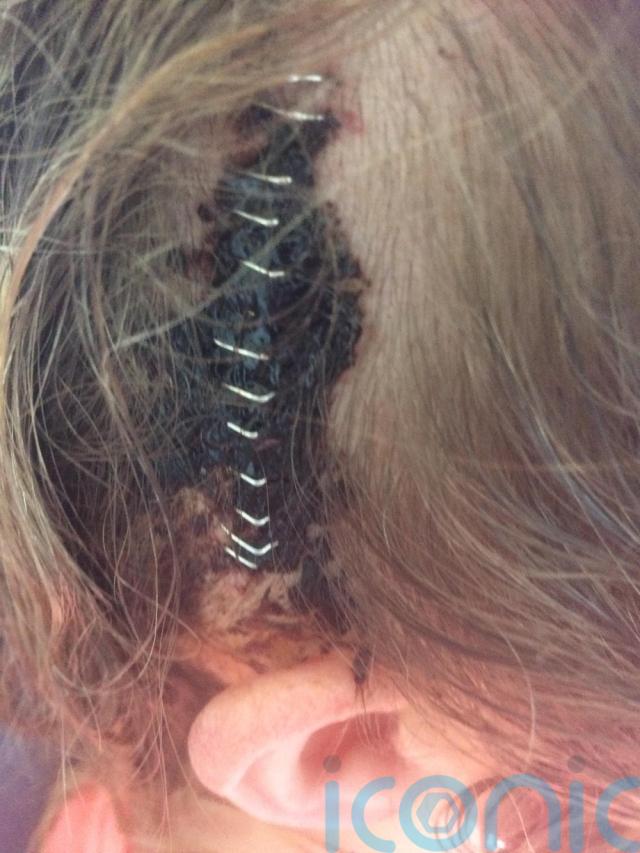 It was the beginning of an incredibly difficult time for the family, who relied on Alan’s 64-year-old parents Rosie, a retired NHS cook, and Andy, an NHS handyman, and Anneka’s mum, Alison Maxwell, 67, a retired healthcare support worker, to help them take care of Sienna.

Anneka began to drag her feet and was eventually rushed to A&E in June 2019, where medics believed she had herpes simplex virus, which could be cured with antibiotics.

But, a week later, following an MRI scan and a subsequent biopsy, Anneka was told she had a glioblastoma – the most common type of malignant brain tumour, with around 2,200 cases diagnosed each year in the UK, according to the NHS. 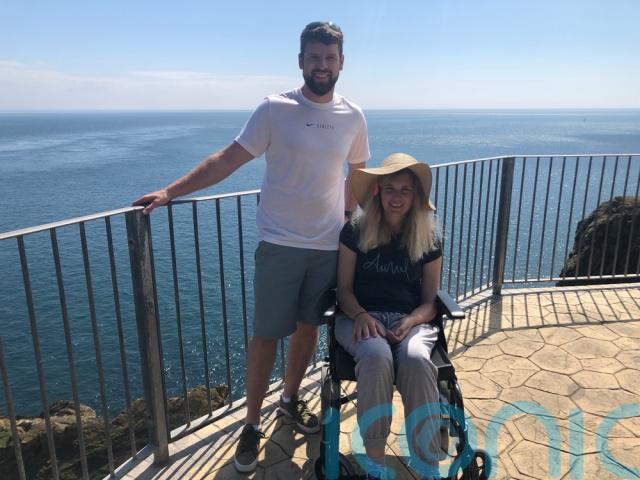 Alan said: “It went from Anneka being fit and healthy, to being dizzy, to limited movement, to this.

“She couldn’t walk, she couldn’t even do maths anymore. Her brain wasn’t working.”

A team of neurologists told Alan they could not operate as her tumour had mixed between “good and bad tissue” in her brain. Instead they would try chemotherapy and radiotherapy in a bid to extend her life. 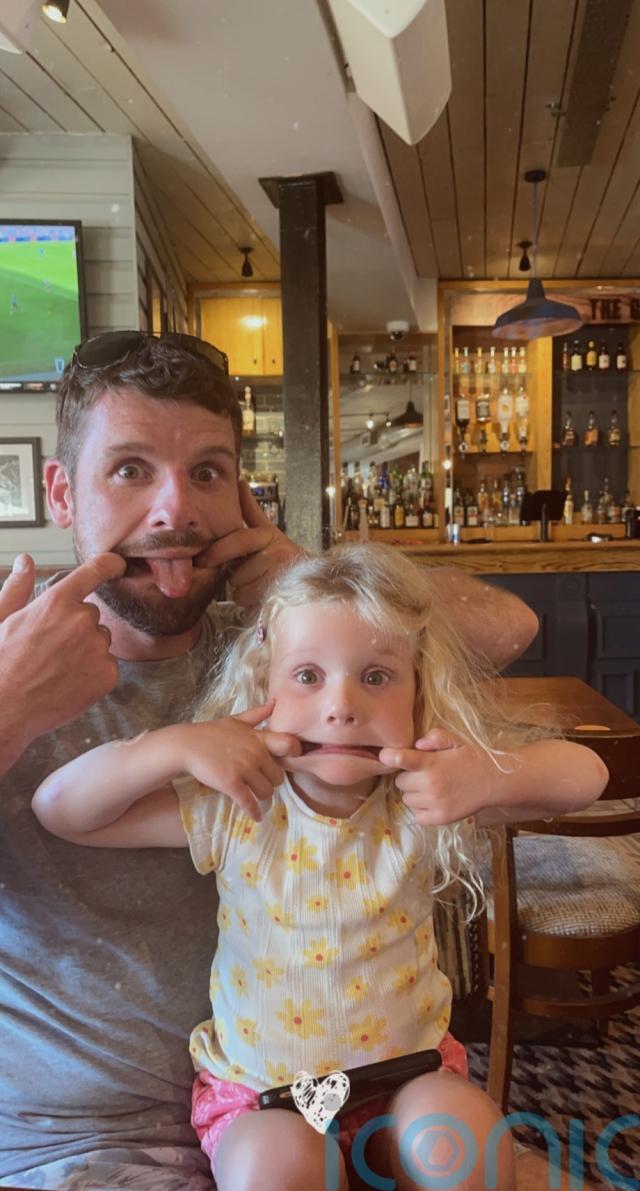 Alan said: “They said it was incurable, and we just all broke down.

“I was shocked to my core. I kept looking at Anneka and I was just so heartbroken.

“I could never feel any lower, my heart was ripped out.

“We came out of the room and our world collapsed.”

By August 2019, Anneka could no longer communicate well – often forgetting her words – and on November 18, 2019, when Sienna was just 13 months old, she passed away.

At first Alan, who is determined to make sure Anneka’s memory is kept alive for her daughter, by showing her videos and speaking about her, tried to soldier on alone.

He said: “For a good year I was determined to do everything and I didn’t want to accept help. I was permanently knackered.” 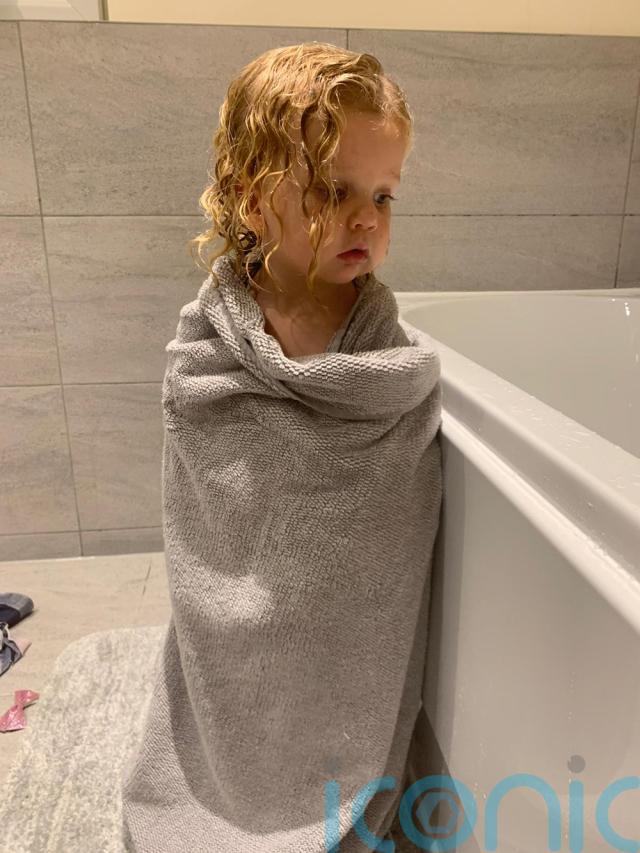 But now, he is happy to let his extended family and friends in and finds single fatherhood both challenging and incredibly rewarding.

He said: “Being a single parent is not an easy task for anybody. But it’s amazing to watch this little girl grow and see her personality shine.

“Washing her hair is a nightmare, it takes me 45 minutes to an hour to bath her. But I love every moment I have with her because I take nothing for granted anymore.” 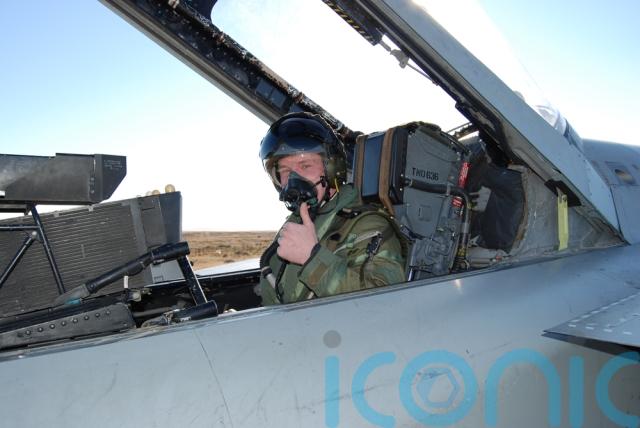 He added: “I have a lot of help, too, from family and friends. I couldn’t do it without them.

“Taking Sienna to nursery, feeding her, making sure she has everything she needs has been a tougher journey than my 10 years in the military!”

And at every milestone for Sienna, Alan will be thinking of Anneka.

He said: “Sienna is my entire focus.

“I want Anneka’s memory to be kept alive for her.

“It breaks my heart that she doesn’t have any memories, so I show her videos and I try to talk to her about her mum.”