In pole position: Racing the Goodwood hillclimb in the Polestar 2 Experimental 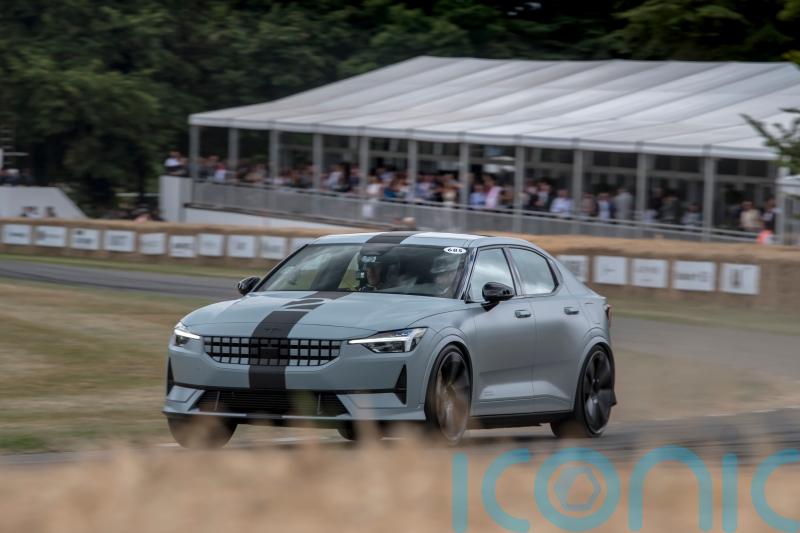 “Rev it”, some mischievous kids shout at us as we make our way to the start of the legendary Goodwood Hillclimb.

But there won’t be any ‘revving’ in the car we’re in today – as Polestar’s ‘2 Experimental’ is a new breed of performance car. In fact, it’s one of the quiet and electric kind. And in this ‘First Glance’ pack of cars going up the hill, more than a third of the cars are EVs. Quite some progress, right?

Taking the wheel of the Polestar 2 for our run of the legendary 1.16-mile stretch of tarmac is Joakim Rydholm, chief test engineer at Polestar, and a man that knows more about how these cars drive than any other person on the planet. 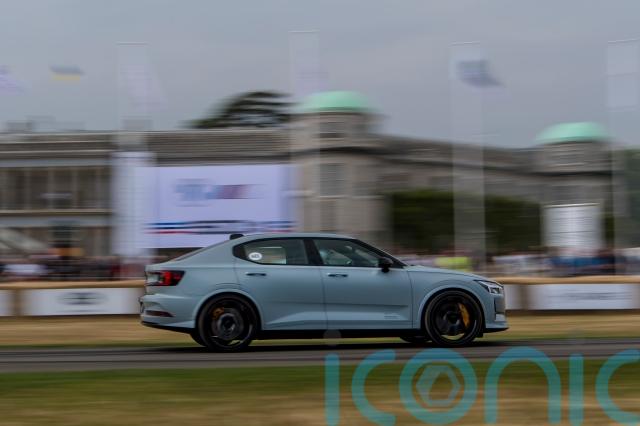 On our slow crawl down to the startline, Rydholm’s passion is incredible. He’s been with Polestar from the start, initially in the Volvo days when Polestar was the Swedish brand’s performance arm. Those with a good memory might recall the wild C30 Polestar and S60 Polestar from the early 2010s, while he played a major part in the Polestar 1 – the Swedish firm’s first own-brand car.

A ‘1’ is in front of us in the queue, while Polestar’s significant new ‘5’ GT car is behind, albeit still wearing heavy camouflage as it isn’t due on sale until 2024.

But the ‘2 Experimental’ is Rydholm’s baby, as he was the person to develop it for the Goodwood Festival of Speed last year. Initially just meant as a one-off, the response was so good that his team has been tasked with producing a special edition version of it – the Polestar BST Edition 270.

Changes on both cars include specially-developed tyres (Rydholm says 10 different sets of rubber were made by Pirelli before he found a set he was happy with), new 21-inch matte black wheels from the Polestar 1, a front strut bar, upgraded brakes and lowered suspension to name just a few changes. In Rydholm’s words, “it’s small details that create the car”.

We also can’t forget about the boost in power, with tweaks to the motors meaning this Polestar 2 puts out 476bhp, a significant uplift on the 402bhp offered with the regular ‘Performance’ version.

By this point, we’re at the startline, and as the marshall signals us off, the Polestar 2 sets off like a rocket. We’ve been in and driven plenty of EVs, but the way this ‘Experimental’ puts you back in the seat is still surprising, accelerating rapidly to the first corner and impeding hay bales getting closer and closer. 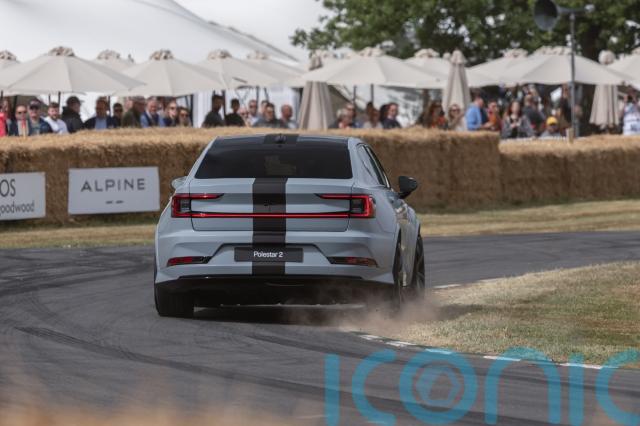 Some people take the hillclimb quite leisurely. Rydholm is most certainly not one of those, clipping the apexes, gathering plenty of dust and really pushing this EV to its limits. By this point we’re approaching the infamous Molcombe corner, which has been home to a number of crashes over the years. He brakes late, with the seatbelt gripping us tighter and tighter the more the pedal is pressed (it does this for safety reasons), but we fire out the other side in one piece and shoot towards the ‘flint wall’.

It’s the narrowest, most daunting part of the hillclimb, with no give if anything should go wrong. We’ve been lucky enough to sit in the passenger seat for a number of runs up the hillclimb over the years, but this feels by far the most committed effort yet. There’s virtually no easing off whatsoever. Out alive, we accelerate onwards towards the finish straight, clocking around 110mph as the flag is waved.

At the top of the hill we gather in what can only be described as the world’s greatest car park, with all the ‘first glance’ cars coming together with the supercars and hypercars that had been up just before us. Even in this company, our Polestar 2 is still able to hold its own. 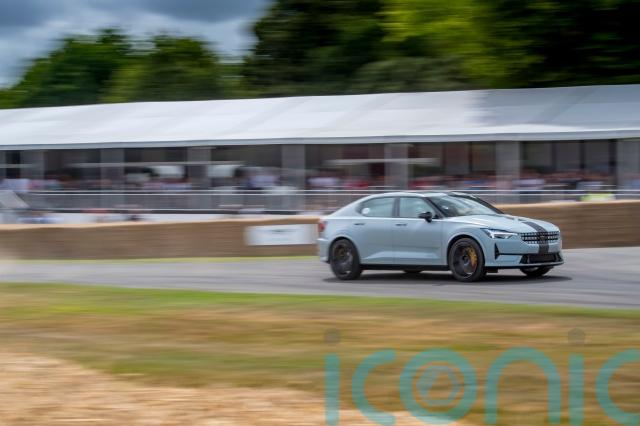 Though this Experimental might be a one-off, it very much represents an ‘off-the-shelf’ EV that customers will be able to buy. Considering its performance up the hill, it’s a mightily impressive car and feels all the more spectacular from the passenger seat. The 270 folk who get the production version of this Experimental car will certainly be lucky indeed…