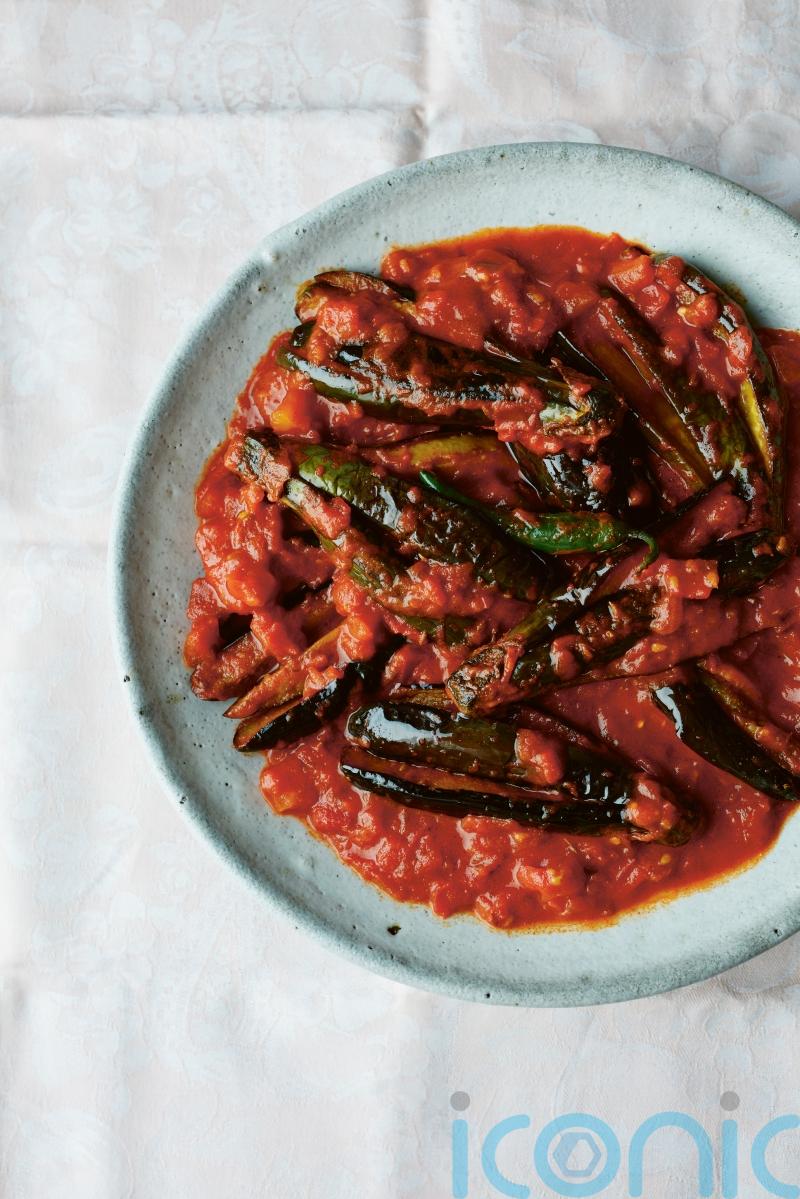 “When visiting Kashmir and Jammu, I saw that thin, long aubergines were popular dishes among the Kashmiri Hindus,” says Romy Gill, author of new cookbook On The Himalayan Trail.

“I am a big fan of aubergines and learning to cook and eat them in different ways is exciting. The sweet, sour tomatoes work well with the aubergines here.” 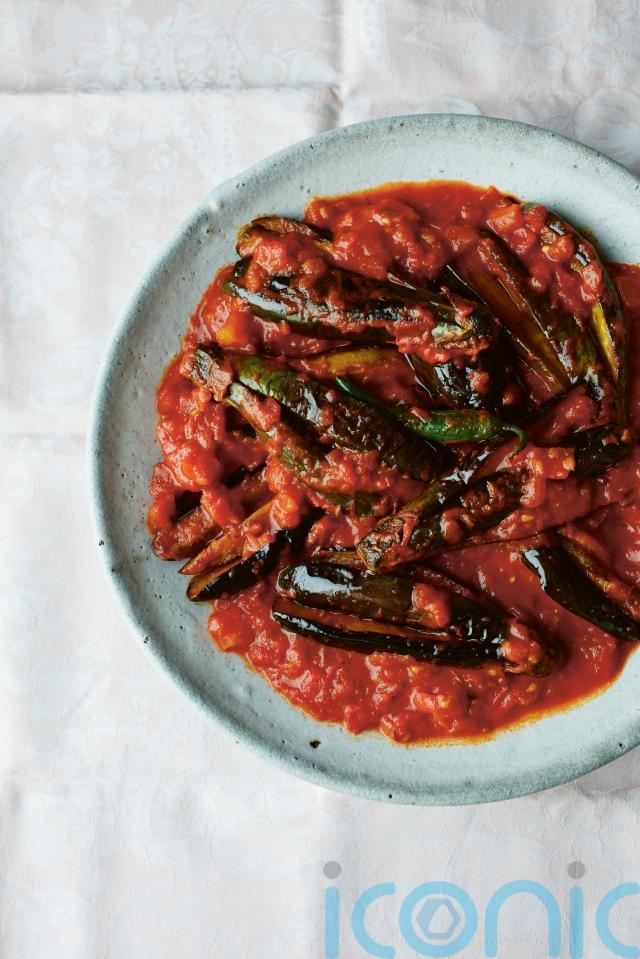 1. Place the aubergines into a large bowl and sprinkle with half a teaspoon of the salt and the turmeric. Mix and set aside for 15 minutes.

2. Heat five teaspoons of the oil in a large pan over a medium heat and fry the marinated aubergines until light brown. Remove from the pan with a slotted spoon and set aside to drain on a plate lined with paper towels. To the same pan, add the remaining three teaspoons of oil, then add the cumin seeds and asafoetida. When they start sizzling, add the chopped tomatoes and cook for five to six minutes until they are soft.

3. Add the ground ginger and chilli powder, along with the remaining half a teaspoon of salt. Add the water and cook for two minutes, then return the fried aubergines to the pan. Add the green chillies and cook for another five minutes, stirring occasionally.

4. Remove from the heat and leave to rest for 30 minutes before serving with steamed rice.

On The Himalayan Trail: Recipes And Stories From Kashmir And Ladakh by Romy Gill is published by Hardie Grant, priced £27. Photography by Matt Russell. Available now.