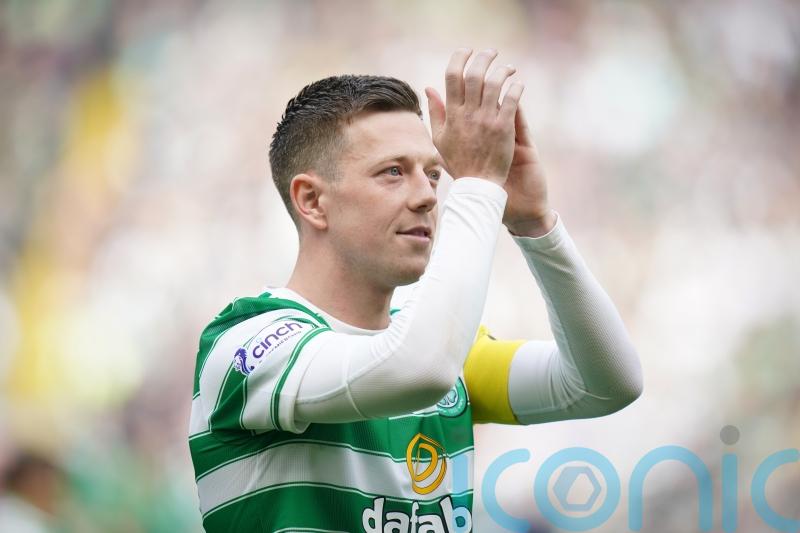 Callum McGregor admits he took the loss of the cinch Premiership personally last season as he welcomed the trophy back to Parkhead.

The Hoops were thwarted in their bid to make it a record-breaking 10 title wins in a row by Old Firm rivals Rangers.

Celtic responded under new boss Ange Postecoglou and the title officially returned to the east end of Glasgow on Wednesday night when the Hoops drew 1-1 at Dundee United.

A 6-0 thrashing of Motherwell at Parkhead was an impressive way to end the season and the Celtic captain was delighted to be back on top.

After lifting the trophy on the pitch in front of 60,000 ecstatic supporters, McGregor said: “When you are a winner and it is taken away from you, it hurts you.

“You take it personally. It’s a long summer and you can’t wait to put it right.

“There’s no guarantees but you do everything in your power to make sure it doesn’t happen again.

“You can’t do it on your own. You have to build a team and squad with the same mentality and these boys have got it.

“The challenge now, is it’s easy to chase and be desperate to get something but the hard part is to retain it.

“We need to get better individually and collectively, there’s loads of rooms for improvement.

“The only way you do that is coming back with a fresh hunger to be successful again.”

In a one-side encounter amid a celebratory home crowd, Kyogo Furuhashi and substitute Giorgos Giakoumakis both scored braces against Motherwell with David Turnbull and Jota also on the scoresheet.

On the post-match celebrations, where he lifted the trophy as captain for the first time, McGregor said: “It was an amazing moment for myself but collectively as team, a club, the supporters, that’s for everyone.

“It’s been a long two seasons with Covid and last season being disappointing, it’s brilliant to get that day back in the club.

“It’s something that will stay with me and I just to need to thank everyone for making it happen. You can’t do it on your own.

“Brilliant staff, brilliant players, great personalities and they made it happen so I am so thankful to them.”