Eddie Howe: Newcastle not in position to sign whoever we want 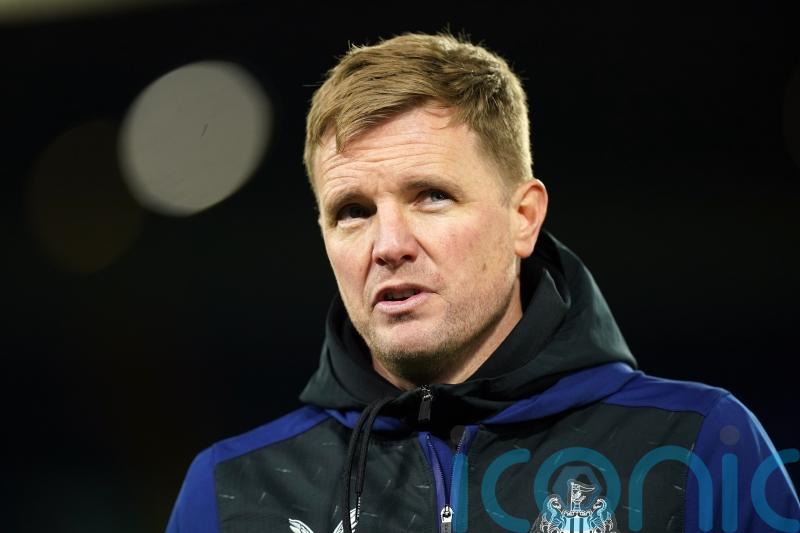 Newcastle boss Eddie Howe has warned expectant Newcastle fans the Saudi-backed club will be affected by Financial Fair Play rules for “a number of years”.

Optimism for a brighter future on Tyneside in the wake of former owner Mike Ashley’s relative austerity has blossomed since Amanda Staveley’s consortium, in which Saudi Arabia’s Public Investment Fund holds an 80 per cent stake, sealed its takeover in October last year.

The new owners invested around £94million in January on new players in an ultimately successful bid to preserve the club’s Premier League status, and have already added another £55m during the summer window to recruit Lille defender Sven Botman, Burnley keeper Nick Pope and secure Aston Villa full-back Matt Targett on a permanent basis.

However, as the hunt for attacking reinforcements continues, a cautious Howe said: “Financial Fair Play will impact us, will continue to impact us, I think, for a number of years.

“We haven’t got the free rein, the free hand that maybe has been perceived in the media, that we can go and sign whoever we want and pay extortionate fees and wages.

“We’re not in that position and I don’t think we will be for some period of time. We’re having to be creative and smart and try to make the right additions with the financial restraints that we have.”

Howe was at pains to make clear towards the end of last season that spending this summer would not be wild, and the club has had to draw a line under a series of proposed deals when the finances exceeded their valuations.

As he prepares for Saturday’s Premier League opener against Nottingham Forest, the Newcastle boss has still been unable to boost his pool of attacking players. Leicester have shown little interest in selling England international James Maddison – the Foxes have rebuffed two bids – while Reims frontman Hugo Ekitike opted instead to join Paris St Germain.

Howe has not yet given up hope of adding to his resources and had indicated that he could yet use the loan market – as he did successfully with Targett during the second half of last season – to plug the gaps in his squad.

He said: “We’re working hard to try and add to the group. We are active in the market, and we’ll wait and see if we can add players before the window shuts.”

Howe, who has only midfielder Jonjo Shelvey out of action, is keen to manage expectations, but is happy for supporters to share his longer-term dreams.

He said: “That’s my dream, to win silverware, to win cup competitions, to achieve great things for the football club. I have to dream big on behalf of the club.

“That’s not saying we’re going to do it – that’s my dream and then we’ve got to work hard to try to achieve that. Every day, I’m pushing the staff, the players to try to make that dream a reality.”