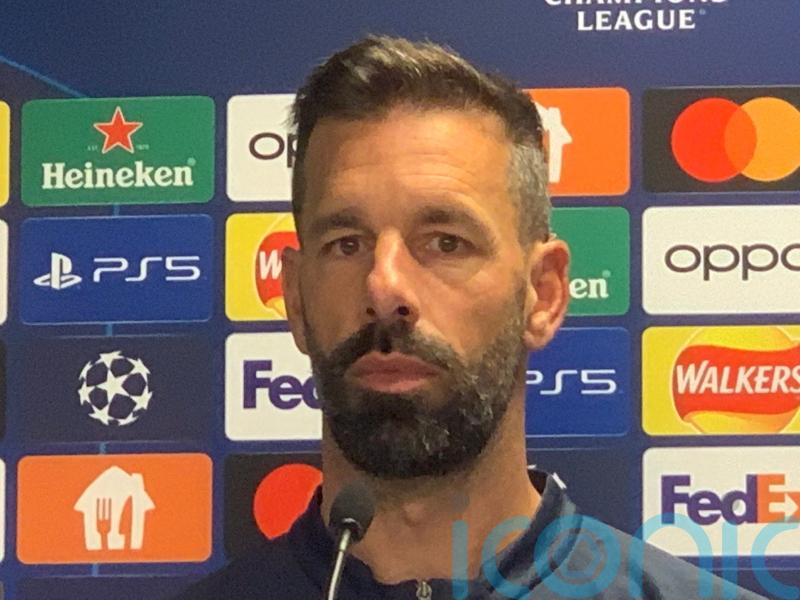 Ruud van Nistelrooy’s friendship with Giovanni van Bronckhorst will be put on hold on Tuesday evening when his PSV Eindhoven side take on Rangers in the first leg of their Champions League play-off tie.

Former Manchester United and Real Madrid striker Van Nistelrooy, who was promoted to the role of PSV head coach this summer, says it will be “special” to meet up with his ex-Holland team mate at Ibrox.

However, Van Nistelrooy has set his sights on the Champions League group stages and expects the Rangers manager to be feeling the same.

Speaking in Glasgow on the eve of the first leg, the 46-year-old said: “It is very special. We get on well with each other, we know each other from the changing rooms, our families know each other and it is a special, special thing.

“But we can meet at other times for dinner and hang out.

“(On Tuesday) we both are defending our own badges and that is the way it is.

“When you face a friend as a team, as a player, you only want one thing, for your team to win and that will be the case (on Tuesday).”

Van Nistelrooy played for PSV when they lost 4-1 to Rangers in the Champions League at Ibrox  in 1999 – he scored a penalty for the Dutch side – and was also in the Manchester United team which won 1-0 in Europe’s premier club competition in Govan in 2003.

However, he preferred to look forward and anticipates a raucous occasion at Ibrox against a side which will contain several players who reached the Europa League final last season, only to lose to Eintracht Frankfurt on penalties.

He said: “I have got to dig deep because it was quite a while ago. But I am focusing on (Tuesday) rather than the games I have played here.

“Of course, I will share my experiences of how the atmosphere will be. I have said many times before it is a special fan-base.

“They support their team in an unbelievable way, as our own fans do. You saw our fans in the last game.

“They lifted us, they carried us through the extra-time (in 4-3 aggregate victory over Monaco in play-off). That really gave us wings.

“We had a hard time at home and we had to equalise in the last minute to get into extra time and then win it.

“That was because of that support. So we know what it is like to be supported in this way. That is why we can relate to the support here and what it does to a team.”

He continued: “In that sense, we are prepared. But above all that I see a squad of fantastic players for Rangers. I see young lads and experienced players playing very well together in a very recognisable style under Gio.

“The team is developing. They got to the Europa League final and were very close to winning it. It was an amazing achievement and they are building on that.

“We are fully aware of the quality of the players we are facing and we have to be 100 per cent prepared in every aspect of the game to do well here.”

In the midst of trying to reach the lucrative group stage of the Champions League, PSV’s 23-year-old winger Cody Gakpo has been linked with Manchester United.

Van Nistelrooy insisted he was “not aware” of the speculation, then said: “For me, Cody is a player that is ours. As long as there are no other news then he is ours.

“He is preparing for the game, as our squad is and I am too.

“I have to say because we are playing so many games and going from one game to another, we travel, that is the focus that I have and our players have.

“For us, it is a huge occasion (on Tuesday), as it is for Rangers, to try and get into the Champions League. So for us, it is the only thing that we are thinking of.”