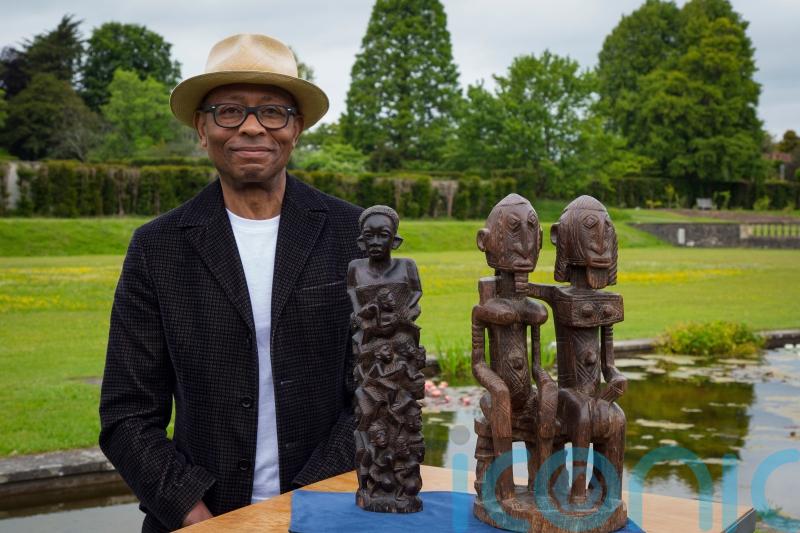 Fans of Antiques Roadshow will already be familiar with Ronnie Archer-Morgan’s fascination with artworks and treasures from bygone times, unravelling their histories and what they represent.

“The world is such a funny place, we pedal a lot of negativity in many ways. And I think through art, I see the excellence of humankind,” observes Archer-Morgan.

“It’s a document of how superbly people can make things, and they leave the evidence of their crafts, their skill, their artistry with us forever – long after the people have gone, their excellence is represented in the very beautiful things they made.”

Recently, he has been revisiting his own history, teaming up with Action for Children on their ‘Star in Every Child’ campaign. The charity, which supports and protects children, young people and their families and runs children’s homes across the UK, is on a mission to highlight the difference it can make when vulnerable children are given the right support and opportunities to shine.

It’s something Archer-Morgan can deeply relate to, having grown up in care himself in the 1950s and early-1960s (including a home run by Action for Children, at the time called National Children’s Home).

“I was honoured to be asked and I feel very passionately about it. The whole campaign just means everything to me, because care saved my life really,” he explains. “My home situation was so dire, I think almost certainly without them, I’d be dead. I wouldn’t be here today.”

Along with former Olympian Fatima Whitbread, who also grew up in residential care, Archer-Morgan was invited to visit Action for Children’s Tan Y Bryn home in North Wales. It’s relatively new, having only been open for about two-and-a-half years, but is already having a hugely positive impact on the young people there – including Rhys, 15, whose life has transformed since he moved in.

“The care had obviously saved his life too,” says Archer-Morgan, who got to spend time talking with Rhys. “And I met Dave, his principal carer, and standing right in front of me with Dave beside him, Rhys just said, ‘Dave is like a father to me’. That says everything about Action for Children’s work, really.”

He admits he found the visit emotional, and it brought back memories of his own principal carer Sister Ida – “an amazing woman” whose kindness and positive influence he still cherishes to this day.

“Every human being, to manage in the world, needs to have self-belief. And that’s what the ‘Star in Every Child’ campaign is about, to imbue every child in their care with self-belief,” he says. “I saw that manifest in front of me with Rhys and Dave – and I’m feeling emotional talking about it – but it was such a thing to see, this carer who had been everything for this boy growing up in very difficult circumstances. We’re lucky to have people like this in the world,” he adds, “we’re lucky to have organisations and people that really care.”

As well as saving his life, growing up in care shaped Archer-Morgan’s life too. Before carving a path as an antiques specialist and joining the much-loved BBC One show in 2011, his eclectic career saw him working as a photographic technician, a DJ in various London hotspots in the Seventies and Eighties (including iconic Ronnie Scott’s jazz club) and as a celebrity hairdresser on TV and film sets, amongst other things.

But no matter what, an appreciation for good craftmanship, creativity and art (which he studied at London’s prestigious Hornsey School of Art) was always part of the picture – and scouring markets, antiques fairs and junk shops soon revealed a talent for “spotting a masterpiece” and sniffing out pieces other people seemed to like. All of this can be traced back, in some way or other, to his time in care.

“I remember one of my first memories of excitement, we would have many evenings – there wasn’t the internet and social media and stuff then – where we would all sit around doing crafts, sewing, making things out of paper and card, stitching, and I was good at it and I loved art,” Archer-Morgan recalls. “I used to be fascinated by a reproduction of a famous painting by William Holman Hunt in the hall of the children’s home, called The Light of the World, and I used to want to copy prints and pictures and draw them. I just liked creating things, and that was really nurtured by life in the children’s home.” 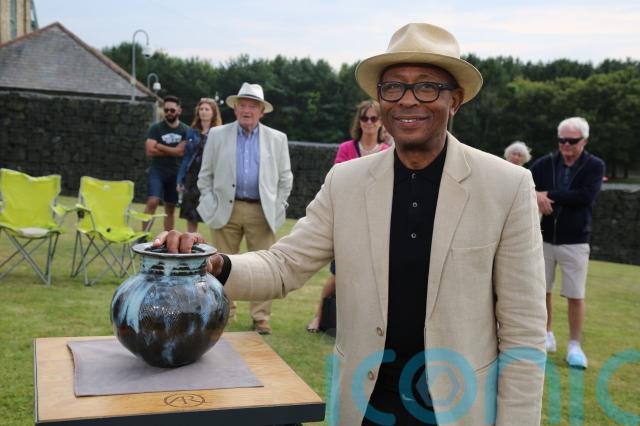 He remembers taking himself off to museums as a schoolboy – even walking “halfway across London to get to the Imperial War Museum” because he “didn’t have the bus fare” – armed with a sketchbook and crayons. “And I’d go into the park and draw the trees.”

There’s something philosophical in the way Archer-Morgan speaks about things and his approach to life – take his method for scouring antiques markets, for example. He was never one for racing along early.

“Everybody thinks the early bird catches the worm. But the early birds darting around so fast, looking for the obvious worm, they often miss the masterpiece. I go later on, and I’m not distracted by the hustle and bustle and people in a frenzy to find something before anybody else. I just want to find what they’ve left – and what they’ve left is often the masterpiece,” he shares. “I believe if it’s meant for you, then it’s meant for you.”

Like the vintage Savile Row suits he found at a market, a week after finally facing up to the fact it was time to bin the beloved Henry Poole suit he’d worn to death. “I thought I’d never get another suit by this tailor. I go into this market, and there’s two three-piece Henry Poole suits, my size, hardly worn, and one sports jacket. How is that luck? Can that just be luck? That’s more than luck.

“You have to do things with an open heart and an open mind and self-belief,” Archer-Morgan adds. “Going back to Action for Children, they gave me that.”

When it comes to looking after his health and wellbeing, he isn’t one for following fads or going to the gym. But he’s always had a balanced diet and says he feels “very fit and healthy for my age” and “I’ve always taken care of myself”. He’s never really been ill.

“My lifestyle keeps me fit,” he says. “I mean, carrying this elephant home – oh my gosh, it was heavy. That was a week’s workout in a few hours.” (He found a “fantastic, quite large wooden sculpture of a young elephant sitting on its haunches” at a market the day before this interview).

Never far from his favourite topic, Archer-Morgan enthuses: “It’s absolutely mesmerisingly stunning. Where it takes me to is: who made this? This person is now dust in the ground, but their ability makes me want to cry – to see this elephant, the wrinkles on the back of its neck, in its trunk, it’s all there, the wood is just like an elephant’s skin – I just can’t get my head around it.

“All of these works of art carry messages, even if they’re hidden,” he adds. “Perhaps it’s for us to unlock those messages.”

Ronnie Archer-Morgan is supporting Action for Children’s Star in Every Child campaign for vulnerable children across the UK. Visit actionforchildren.org.uk/star