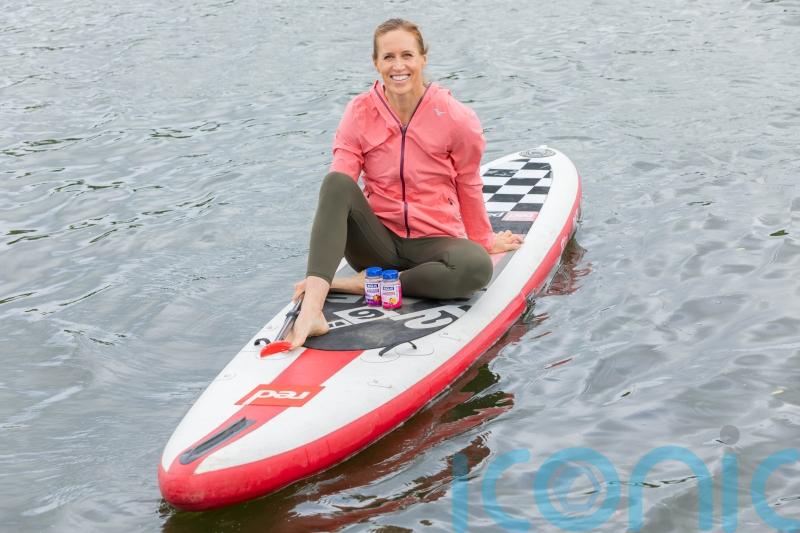 Helen Glover has finally found balance. And while it is on the water, it’s not in a boat.

The double Olympic champion and triple World Champion rower, who is now also a busy mum-of-three, finds moments of peace and calm with a spot of gentle paddleboarding whenever she can.

Glover, 36, has not yet retired from the sport which brought her world glory – she did step away from rowing in 2016 before having children, but returned five years on to compete in the Tokyo Games in 2021. But she’s not currently training for those types of events, which means she’s had time to try other things.

“What gives my life balance has changed over the years,” says Glover, who grew up in Cornwall and now lives in Berkshire with husband Steve Backshall, the TV naturalist, and their children – Logan, four, and twins Kit and Bo, aged two-and-a-half.

“Right now, I feel like I’m in a really good place, where I can choose different activities, and paddleboarding was the first thing that sprung to mind – you’re literally balancing. I’ve done more and more over the last few years, and it gives me head space – that time to think and reflect,” she adds. “For me, it’s the definition of balance.”

She says Backshall bought her a paddleboard for her birthday in about 2015, although she couldn’t use it much at the time because she was still training full-time.

“There just wasn’t enough time for much else,” she recalls. “But I’m definitely doing it more now than I did when I first got one. Now what keeps me busy is the kids, and it’s great to have something I can do with them – sometimes they come on the paddleboard with me. They haven’t actually fallen in yet!”

Glover – who has teamed up with supplement brand Bioglan for their ‘In Bioglan Balance’ series, showing how she finds balance in her life – explains they have a really big paddleboard that the children can sit on with her. “They all have their little lifejackets on, and we don’t go far from the bank. Usually it sends them to sleep, they find it really relaxing,” she adds. “I find it relaxing myself, but thankfully I manage to stay awake!”

After being involved in competitive sports from an early age – Glover was playing hockey for the England satellite squad at 14, played tennis and swam for Cornwall, and was selected to run for England – the all-round athlete admits one of the attractions of paddleboarding is that she’s not competing and there’s no measure of success. Instead, she can just enjoy it with her family.


“Because there’s no agenda to it, I feel it’s really good for me. With everything else I do that’s physical, there’s an agenda, whether it’s how fast you can run, how far you can row, how much weight you can lift. There’s always an outcome and an agenda, and a way you can analyse whether you were successful or not.

“But for me with paddleboarding, there’s no real definition of success,” she explains. “It can be for five minutes, it can be an hour, you can potter around and look at wildlife, or you can do yoga. There’s loads of things you can do on it, and everybody’s journey will be really different.”

Although she’s not competing in standard rowing competitions right now and hasn’t yet decided what the future holds, Glover has taken up beach sprint rowing – which involves a short run to a boat, a rowing sprint, and then a run to the finish. She’s just been selected for Great Britain’s first home team for the World Rowing Beach Sprint Finals in Wales in October. 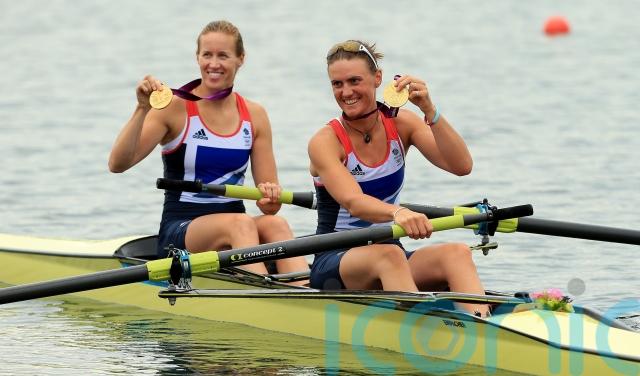 It’s helping her “keep up my fitness with rowing” though, and means she can stay connected with the sport “while I try and decide what I’m going to do with my rowing career”.

She tries all sorts of exercise these days, and is loving the variety.

“One of the biggest revelations about not being a full-time rower is that you’re not pinned to one idea of exercise,” Glover reveals. “I can go to the gym and do circuits and weights, go for a run, I went surf biking the other day in Pembrokeshire. It really opens up your ideas as to what exercise is. I always train and keep fit, but I love the fact that it doesn’t have to look like one thing right now.”


Water-based activities are still a firm favourite though – helped by the fact she lives close to water.

“Our house is really close to the Thames, and I love being by water,” she says. “Where I am now, at my parents’ house in Penzance, we’re maybe a mile’s walk from the sea. Having a house close to water is something I’ve always been really lucky to have.”

And she’d love it if other people got the water sports bug too.

“There’ll be lots of people who don’t necessarily realise how close they are to the nearest canal, lake, river,” says Glover. “There are so many waterways in this country that are accessible, and a lot of people don’t realise the local rowing club or kayaking club is just down the road or round the corner, and I think it’s a great idea to go and knock on their door if you want to get involved in water sports. And there are loads of paddleboarding companies popping up that can give you that access to the river.

“Being on the water is almost like meditating, and when you find balance in life, I think it’s really important. It’s like a complete amalgamation of something physical and something outdoors,” Glover adds. “And something like paddleboarding, that has that element of just being peaceful, is great for you too.”

Helen Glover has partnered with supplement brand Bioglan for the In Bioglan Balance (bioglan.co.uk/biotic-balance) series to show how she finds balance in her busy life. See @bioglansupplements on Instagram.