Superhero fan, 11, whose internal organs are being crushed by a 90 degree curve in his spine needs urgent surgery to make him ‘strong like Wolverine’ 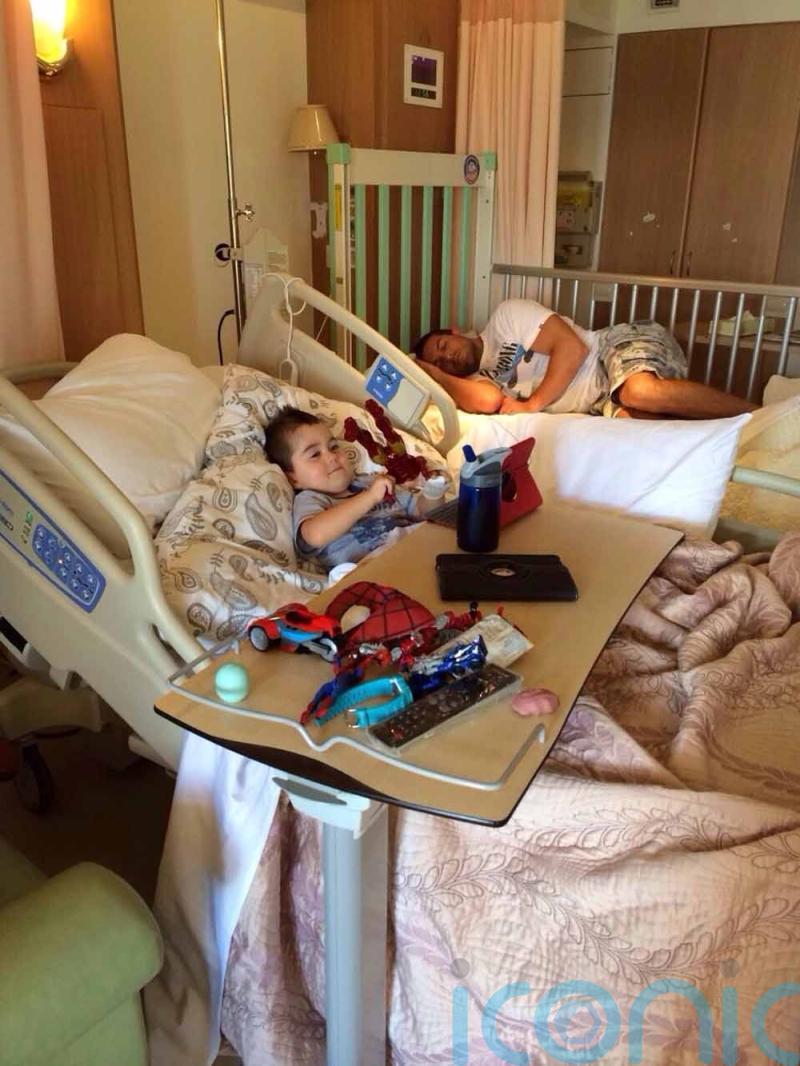 The adoring parents of an 11-year-old boy with a shocking neuromuscular disorder whose internal organs are being crushed by a 90 degree curve in his spine desperately need to raise £50,000 for surgery he says will make him “like Wolverine.”

British charity worker Brad Moreland, 44, and his wife Twone, 43, who is their son, Kai’s full-time carer, say their “little champion” cannot wait to have the operation to insert a metal rod in his spine, as he feels it will make him more like his metal-clawed Marvel superhero.

Kai, a British national, who lives in Bali, Indonesia, with his parents and brother Cal, eight, said: “Wolverine is my favourite superhero. I want to be strong like Wolverine. Getting a new spine would make me happy.” 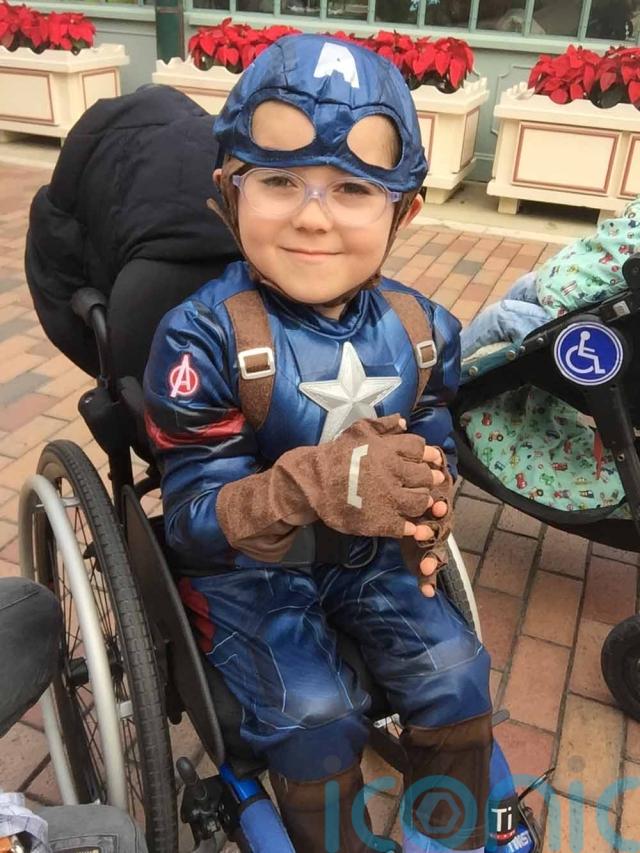 After being delivered by emergency C-section after as his heartbeat was slowing down on his due date on November 17, 2010, at first, Kai seemed like a perfectly healthy baby.

But he had problems sitting up and when, at around 11 months old, he struggled to crawl or walk, his parents suspected he had hip dysplasia, which can cause dislocation.

Still nothing prepared them for his eventual diagnosis aged five, after extensive investigations, of Andermann Syndrome, an inherited neuromuscular disorder. 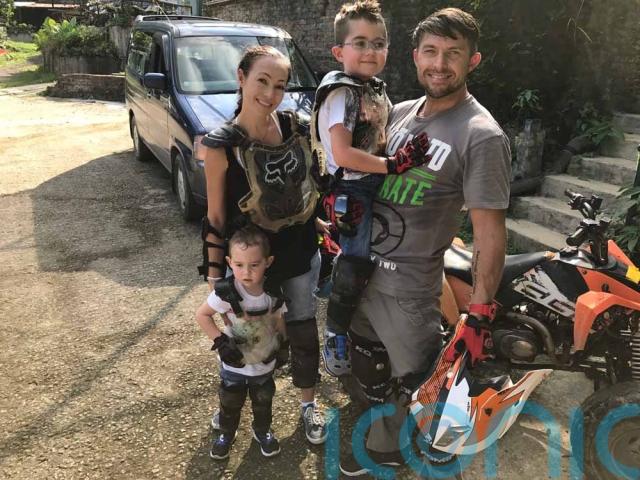 Not only does the rare condition  – affecting less than one in a million people worldwide, according to the Canadian Institute of Health Research – damage the nerves used for muscle movement and sensation, but it usually causes absence or malformation of the tissue connecting the left and right halves of the brain – leading to epilepsy and tremors.

Kai also developed severe scoliosis, or curvature of the spine, a tight Achilles tendon and foot drop, causing his both feet to drag.

And, with his condition intensifying by the day, he now needs urgent surgery in their nearest viable major centre, South Africa, to stop his internal organs from being crushed as he goes into puberty. 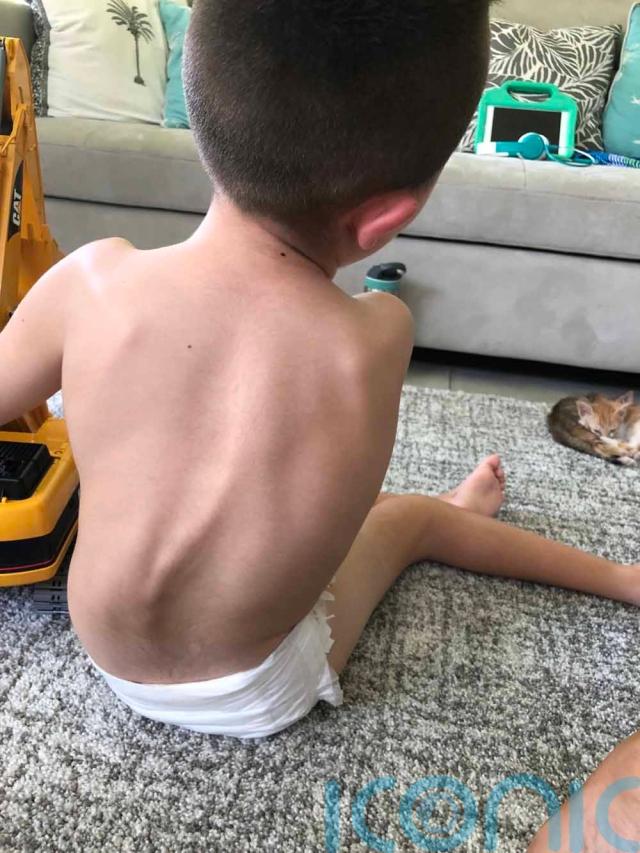 Twone, who has launched a GoFundMe page to raise the £50,000 they need to cover costs, said: “To see him sit up straight will be huge and long term, this surgery will be saving his life.”

Alarm bells first rang for Twone shortly after Kai’s birth in Hong Kong, where they were living, as she noticed that  friends who had recently given birth were celebrating various milestones that he had not reached.

Kai struggled to sit up or crawl and had developed a tremor which meant his head was constantly shaking.

Twone said: “When he was a couple of months old we noticed a tremor, and his head would start shaking. Two of my closest friends had babies around that time and they were different.

“They were crawling, sitting, while all Kai’s milestones were delayed.

“But my pregnancy was normal. Everything was perfect. He was born by emergency c-section after his heartbeat slowed down, but he was a perfect baby.” 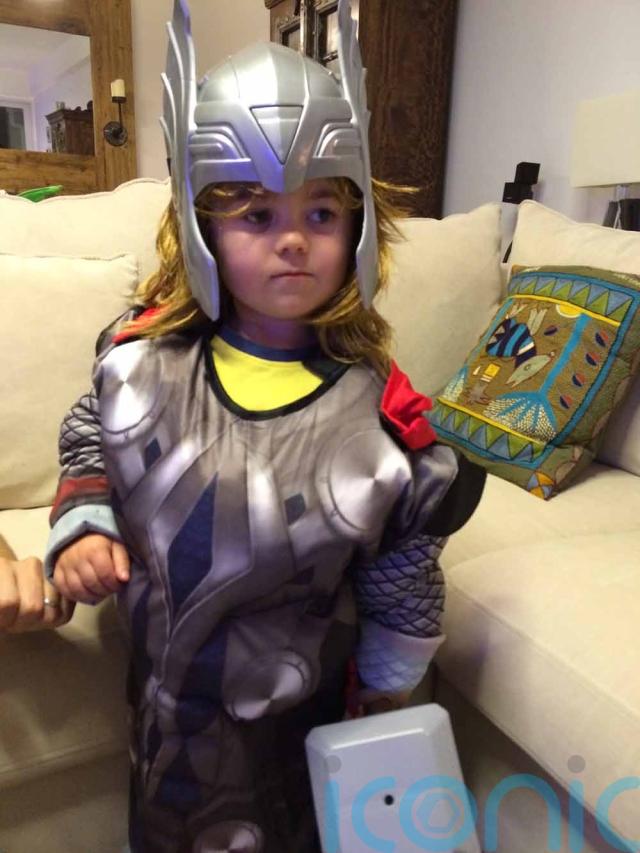 While Twone and Brad, who met in London in 2005 and have been married since 2008, were concerned, they did not suspect anything serious as Kai had some tests, but nothing was revealed.

Twone said: “We thought he had hip dysplasia, as we were having x-rays but never in our wildest dreams did we think anything was really wrong. We just thought he needed adjustments.”

But, at 15 months old, as well as having persistent tremors, Twone noticed that Kai’s feet were turned out, although neurologists failed to make a diagnosis. 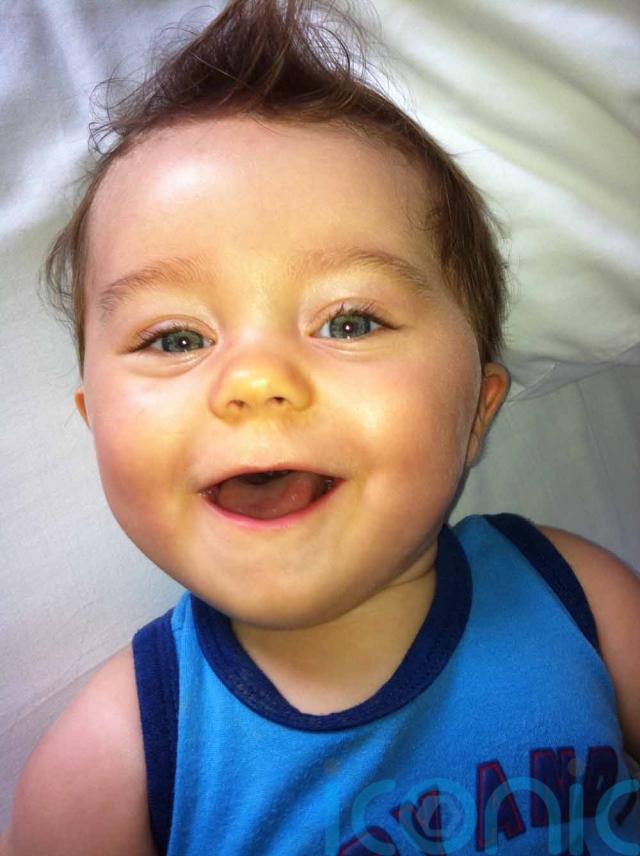 Then in March 2012, he was rushed to Hong Kong Adventist Hospital with a raging 39 degree fever and, despite being told initially that he only needed ibuprofen, he was diagnosed with Kawasaki disease, an inflammation of the cardiovascular system,  which normally affects children under five.

Covered in rashes, he needed a life-saving blood transfusion, leaving his terrified parents fearing the worst.

Twone said: “We were so afraid. We thought he was going to die in hospital. He had a seizure during his transfusion. We had never seen anything like it. We were terrified.” 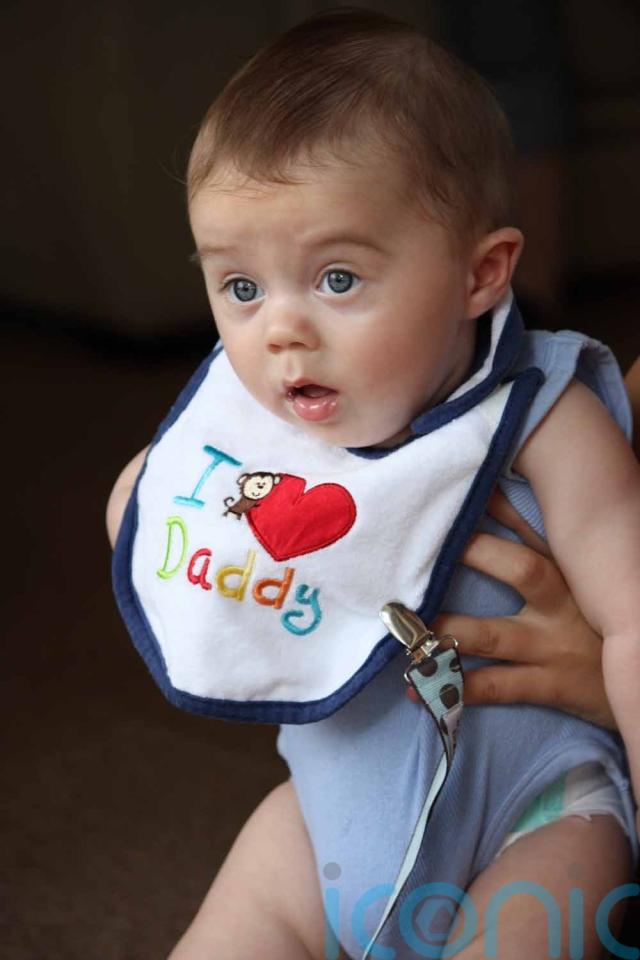 She added: “We had friends and our pastor praying for him. Brad’s mum even flew in from Australia. We thought this was it.”

For the next three years, still only able to crawl, the family were determined to find the cause for Kai’s neurological issues, putting him through a barrage of difficult tests.

Twone, whose youngest son is, luckily, in good health, said: “Kai went through a few years of brutal testing, MRI after MRI every few months.”

She added: “They stuck needles into his arms and feet, but he had no reflexes. It was as if he couldn’t feel anything.

“It traumatised him and us.

“At every other doctor’s appointment he was anxious. He’d be screaming and crying.” 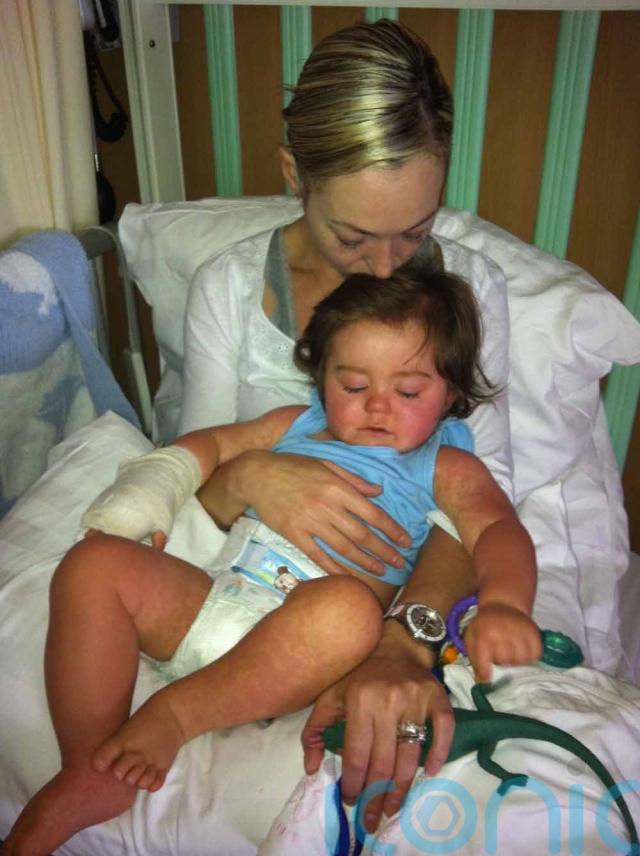 Still, no diagnosis was made.

And in April 2015, Kai started having major seizures every few months, with the first one lasting 67 minutes and leading to a diagnosis of epilepsy, where sudden bursts of electrical activity in the brain cause seizures.

Recalling the first massive seizure, Twone said: ” When Kai went to sleep one night, he started convulsing throughout his whole body.” 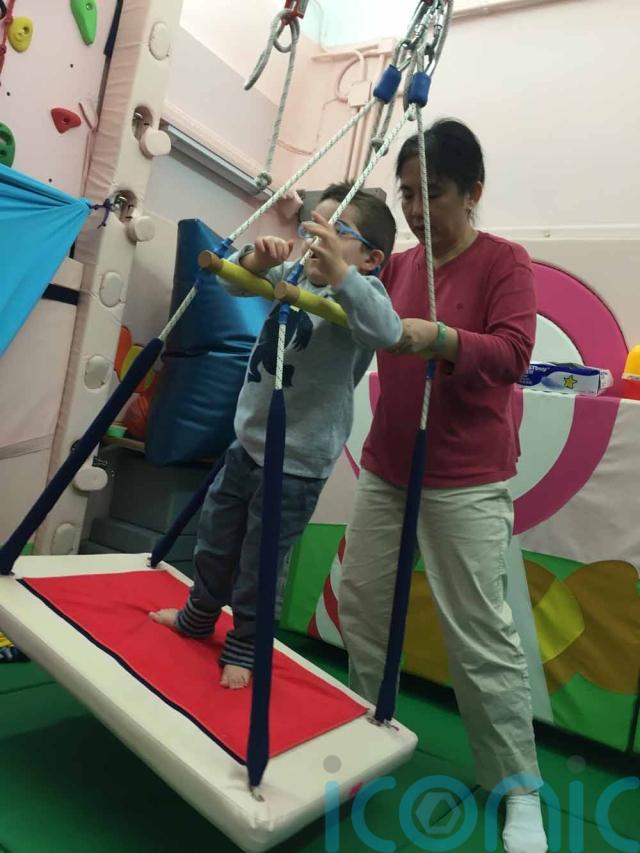 She added: “We called an ambulance and he ended up in intensive care.

“He was convulsing for 67 minutes.

“He was in the ICU for the weekend and they diagnosed him with epilepsy.” 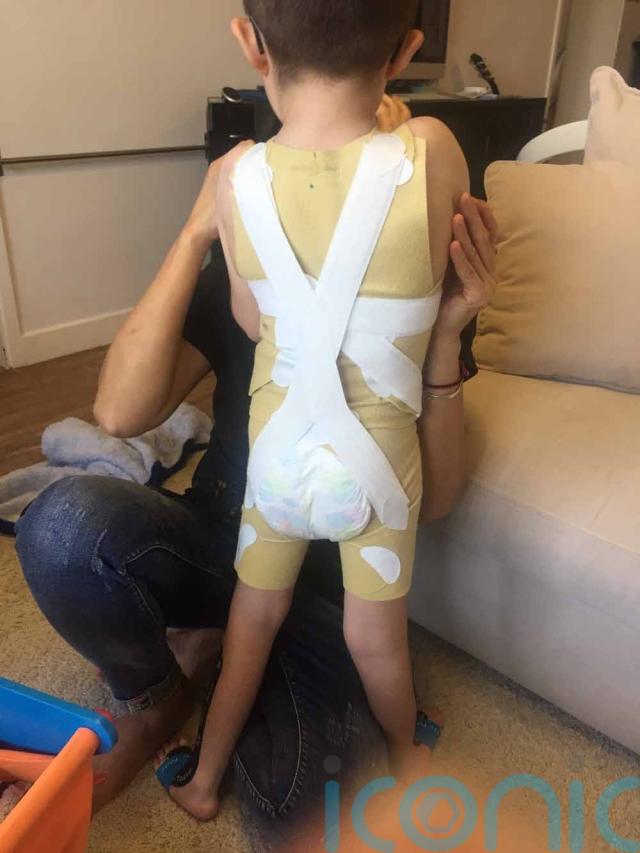 She added: “It was such a shock to us. He could have died that night.”

Around the same time, the family were encouraged to look into genome sequencing to find out if the condition could be genetic.

Meanwhile, on heavy medication and still undiagnosed, poor Kai started hallucinating and even forgot who his own mother was. 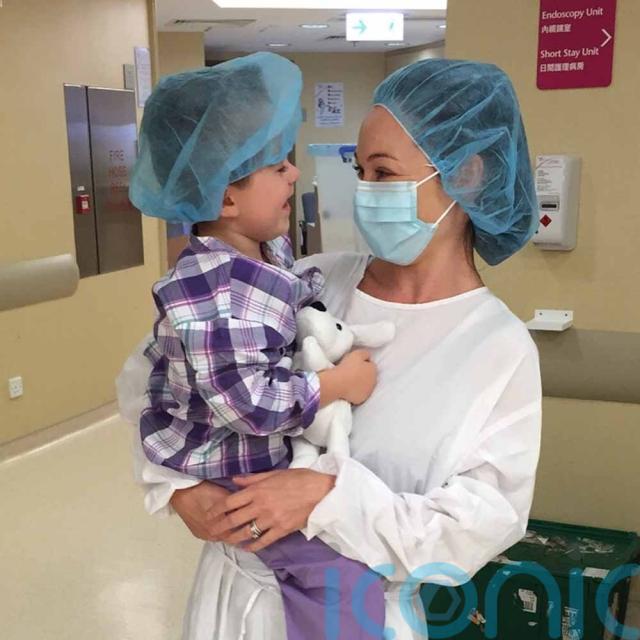 Sleeping with him every night to make sure he did not start convulsing, Twone says he had seizures around every three months.

“We had to lie with Kai every night until he fell asleep for an hour or more, so he had passed that seizure place.” 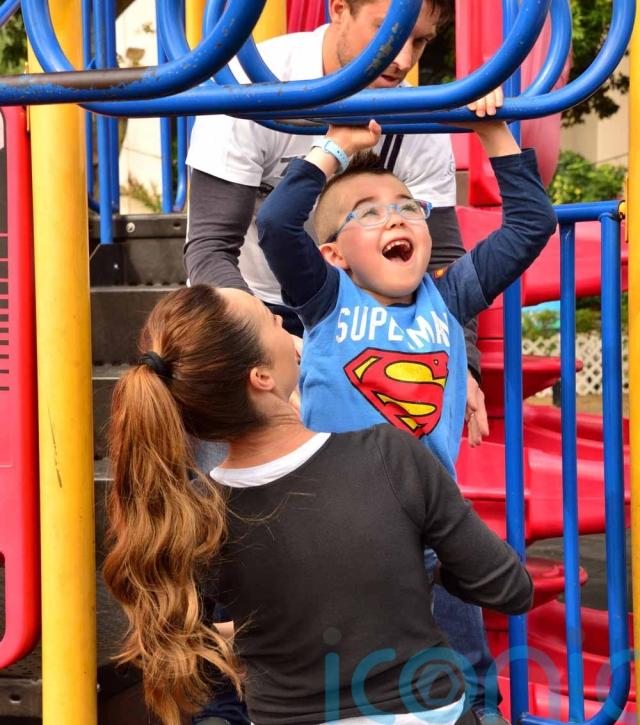 Finally, in October 2015, hospital doctors called asking for blood samples as they believed they had a diagnosis following results from the genetic testing.

A few weeks later the couple met with a geneticist, a neurologist and a social worker and were told he had Andermann Syndrome and might never talk beyond a few words or walk.

Twone said: “We were terrified. They sat us down and for 45 minutes told us his diagnosis. We were in complete shock. We couldn’t believe it.” 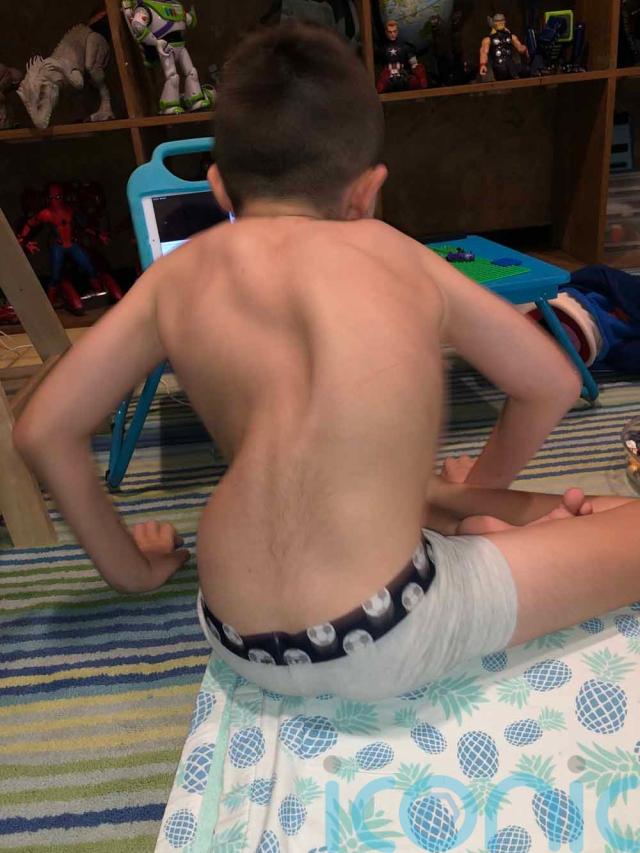 She added: “They told us he may never walk, he may never talk, he will be wheelchair-bound. He’ll have foot drop. It broke our hearts.”

Devoted to their son, he has physiotherapy, speech therapy and occupational therapy four days a week – something he will need for the rest of his life.

He has also been to South Africa for stem cell therapy to help with his shaking and surgery in a bid to help untwist his body in 2018 that was, sadly, unsuccessful. 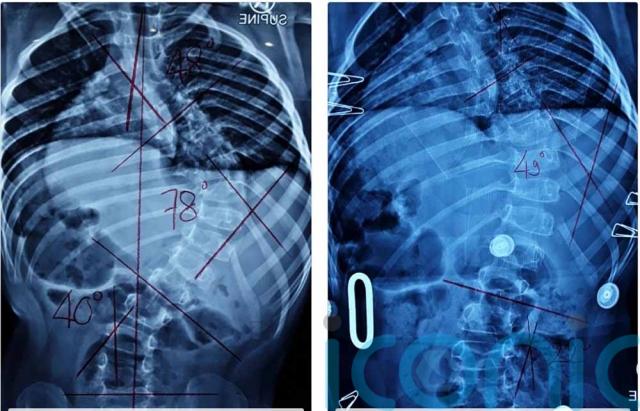 Drowning in medical bills, later that year, the family moved to Bali to save money but primarily to give Kai more space for his medical equipment and for him to roam around in his wheelchair, as well as to spend more quality time together.

Twone said: “We’ve spent everything we had on his therapy.

“But we still live in fear of his next seizure.” 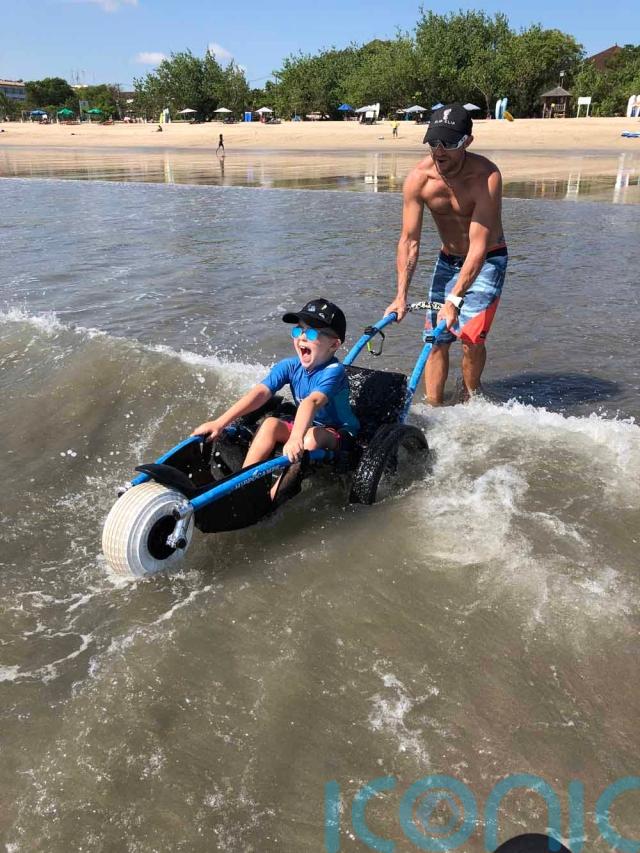 Since his scoliosis diagnosis in 2015, the curve of his spine has gone from 18 degrees to 90 degrees, meaning surgery is now essential.

Also since 2018, neurologists have been discussing his life expectancy – believing he may not survive beyond his teens or mid-twenties.

Twone said: “They told us that this condition is very rare, but from their research his life expectancy could be late teens to mid twenties. It was earth shattering.” 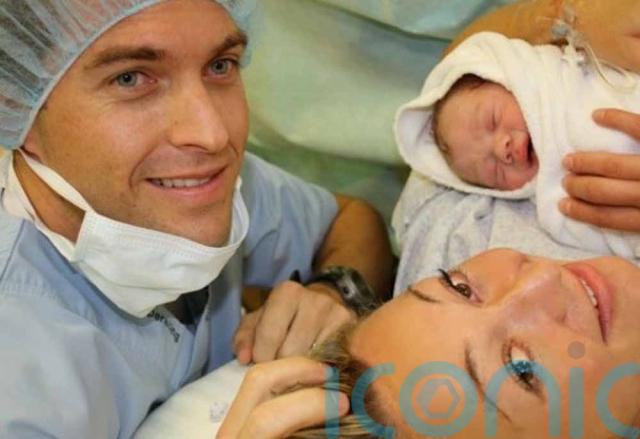 Now Kai’s condition has deteriorated to a point where he needs surgery within months.

Twone said: “His spine has rotated and has twisted his rib cage. I am worried his nerves are trapped because of how curved it is.

“He can’t move his legs anymore. He has to use his hands to reposition his legs. And I sleep with him every night so he can be in the right position.” 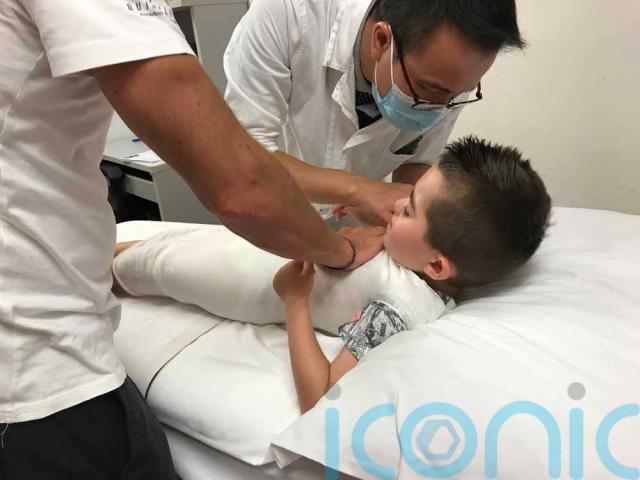 Fearing that  his spine could soon curve into his body and crush his internal organs, the family have been told that a procedure called posterior spinal correction, with instrumented fusion ideally, is essential in the early part of this year.

If Kai has a growth spurt at puberty, his spine will curve too much for it to be possible.

And while they have found a world-leading neurosurgeon in South Africa who is prepared to operate, surgery is not covered by their medical insurance, so they need to raise £50,000 to cover costs.

Brad, who quit his job as a banker in order to help care for Kai and now works for Classroom of Hope, a non-profit organisation that builds schools and distributes scholarships in rural parts of developing countries, said: “I think this surgery will be life changing.

“I’m not delusional. I know it will be a difficult recovery and that he will have to get used to his new life.” 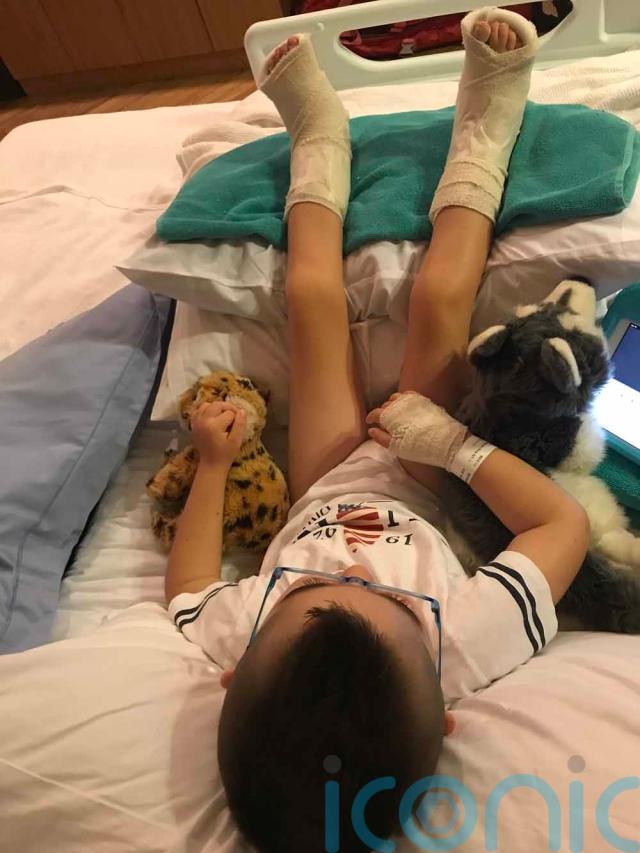 He added: “But to know his spine will not crush his organs in the future, gives us a lot of peace of mind.

“It’s relief to think we can remove his pain, protect his organs and he will not have to wear an uncomfortable brace every day, as he does at the moment.

“We just want to be able to hold Kai in our arms without hurting him.”