A young woman who thought she had no future and was told that pregnancy could kill her following a brutal cancer diagnosis is enjoying life as a full-time mum after having a “miracle baby” and receiving the UK’s first breast bone transplant.

When Nathalie Brett, 34, noticed a small lump on her left breast in September 2010, while studying tourism management at Bournemouth University in Dorset, young, fit and healthy, she says doctors did not suspect cancer.

But just over a year later, aged just 24, she received the shocking news that she had stage 4 metastatic breast cancer which had spread to her sternum, or breast bone – meaning it was incurable.

Yet, despite enduring more than 100 rounds of treatment  – including chemotherapy and radiotherapy –  as well as having a mastectomy to remove her left breast, in 2020 she fell pregnant with Elsa, now  18 months, and in June 2021 she had “once in a lifetime” transplant surgery, giving her a future.

Nathalie, who lives in Witney, Oxfordshire, with Elsa and her 32-year-old husband, said: “For the first time in a very long time I can see a future in which I might get to grow old and, most importantly, get to see my daughter grow up.

“The transplant has given us hope that we didn’t have before. I need to look at a pension scheme and go to the dentist again.” 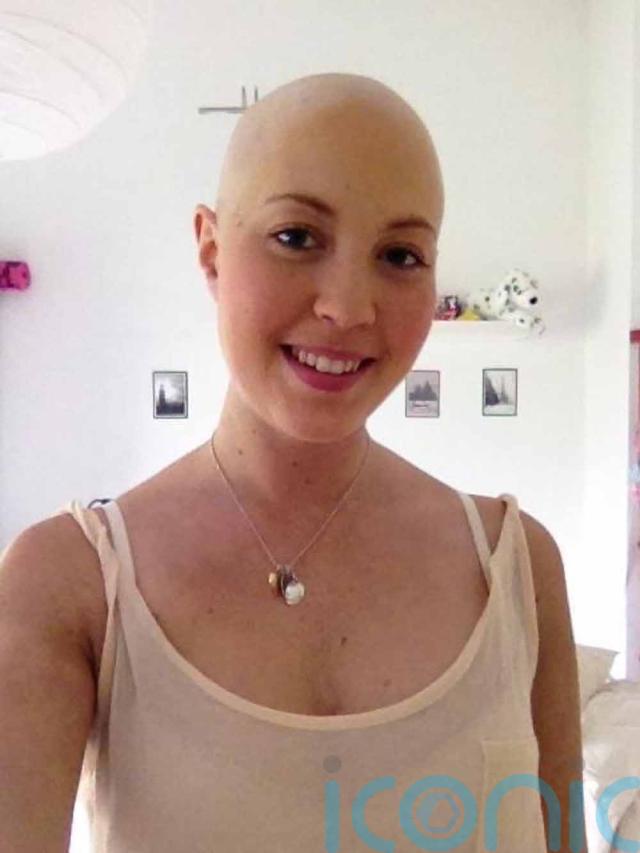 She added: “For almost 10 years I was living three months at a time and I’d never allowed myself to think of the future, as there was a distinct possibility that it would never happen.

“Now I often have to remind myself that I can look forward to every milestone, and every little thing.”

During the 10-hour transplant operation, known as an allograft sterno-clavicular reconstruction, at Oxford’s John Radcliffe Hospital – involving six surgeons, two anaesthetists and 10 support staff – Nathalie’s entire breast bone and part of her collarbone where the disease was concentrated were replaced with bone from a deceased donor. 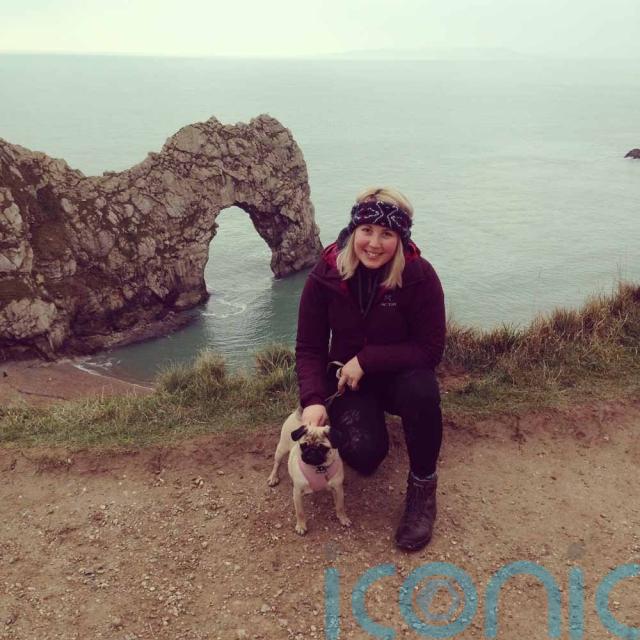 She said: “I was baffled that they were able to even do something like this and I was excited at the prospect of what it could bring.

“I was offered a once in a lifetime operation and, although it was a hard decision to make, I had to take the chance, even if it had never been done before. I had complete faith in the team which made the decision a bit easier.

“I will still have to live with cancer and be on treatment for the rest of my life, but I will, hopefully, be able to live for much longer.” 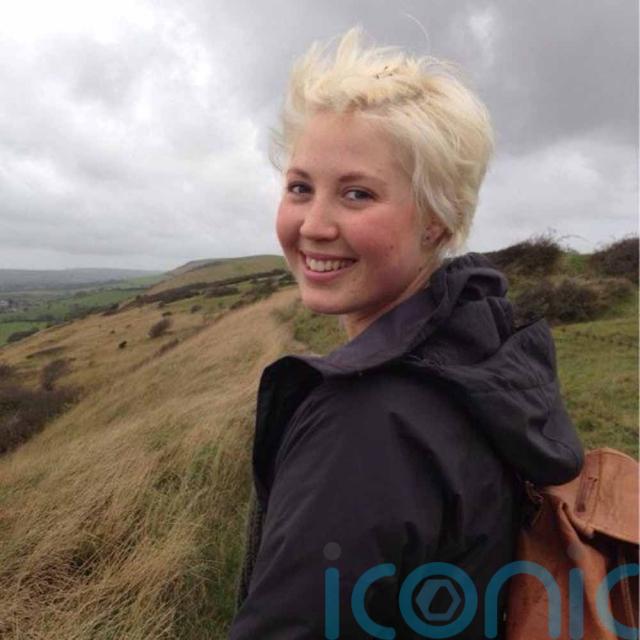 Dreaming of working and travelling abroad with the man she went on to marry, Nathalie was the picture of health in 2010, keeping fit and active with workouts and runs five days a week.

But one night her partner, whose job means he cannot be named, noticed a lump on her left breast and urged her to see her GP.

Recalling the check-up, Nathalie said: “The doctor thought it was just hormonal, as I was so young.” 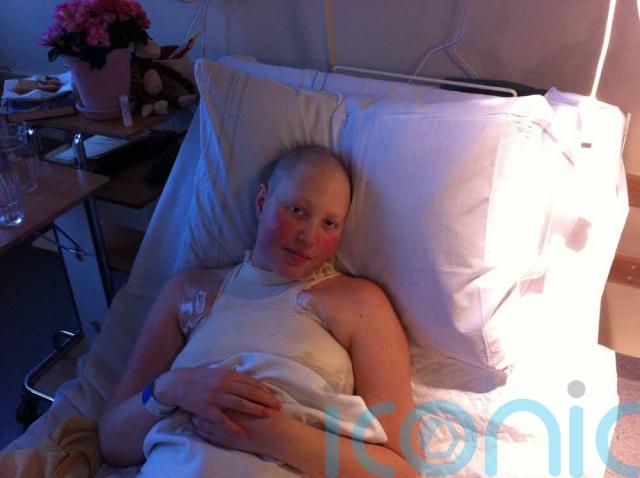 In the subsequent year, Nathalie was plagued with exhaustion, forcing her to abandon her previously active lifestyle.

Feeling depressed and like she was “failing at life, ” she travelled to Sweden in April 2012 to spend time with her family, who were based in Stockholm.

She said: “I thought I was depressed, which was out of character for me as I’d never struggled with moods before.” 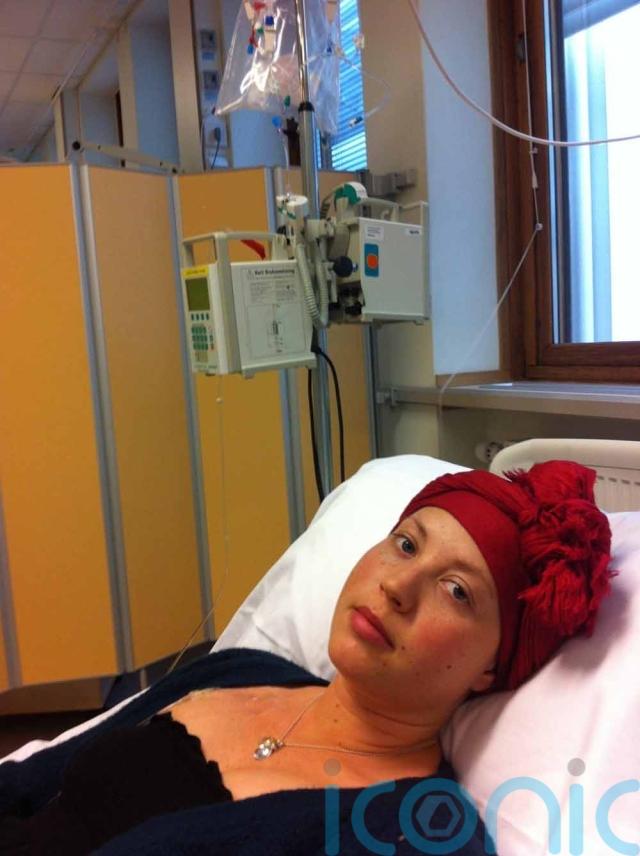 She added: “My mum noticed my skin around my breast was discoloured, it was going darker and she told me I had to see a doctor now.”

Despite being told just over a year earlier not to worry about her lump, it had grown and “attached” to her nipple.

And on April 30 2012 Nathalie received the terrifying news that she had breast cancer. 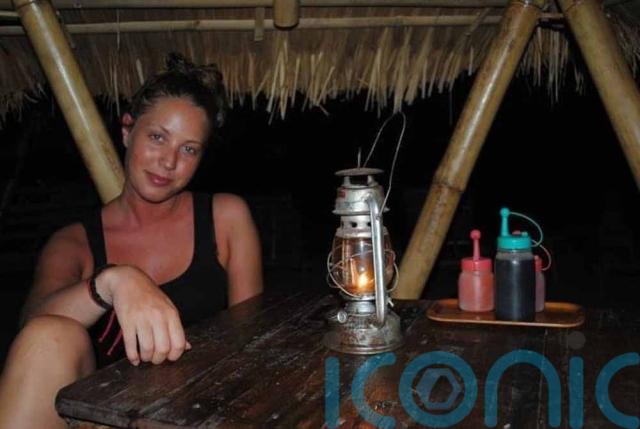 Her immediate fear was that she would never have children, then she worried about dying.

She said: “I can remember that day so clearly, everything I wore, the weather, it was a sunny and warm day. I remember going to the garden centre and picking up flowers, paying for parking.

“I was in this waiting room, I was half the age of just about everyone there. My mum was probably the person closest to me in age. I didn’t belong in that waiting room.” 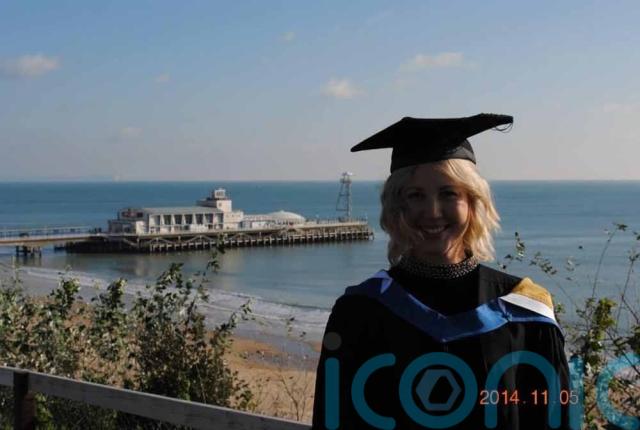 She added: “When you’re given such unexpected and traumatic information, I think your body goes into shock.

“I can’t even remember crying in the hospital, but I broke down in the car.”

One minute,  Nathalie had been an ambitious young woman with dreams, the next her life was in freefall as she was told she could have as little as three years to live.

She said: “I was holding on to a lot of anger. I was so active, I’ve never done drugs, I’ve never smoked, I ate well, yet I was diagnosed with this life-limiting illness at the start of my adult life.

“I felt like I’d had my freedom stripped away from me. This incurable illness meant I’d be on treatment for the rest of my life, even if it was short.”

Six rounds of chemotherapy followed in Sweden in May 2012, then a mastectomy in October and 25 rounds of radiotherapy starting in November. 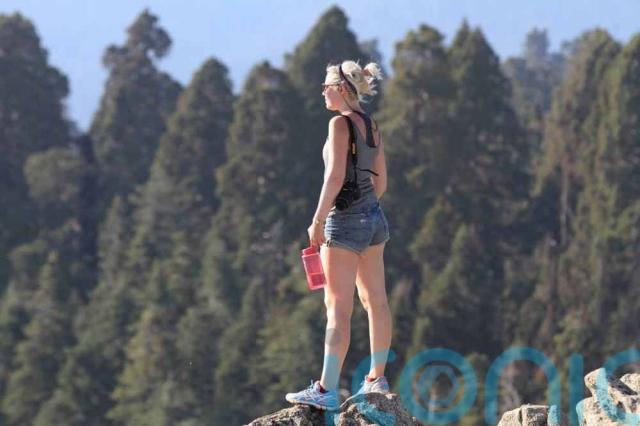 In September 2013, she bravely returned to the UK and finished her degree, still going back to Sweden every three weeks for treatment.

And, in 2014, fulfilling a long held dream, she travelled alone to the USA, taking months going from New York to Chicago to Seattle and visiting all of California.

She said: “It was something I felt I needed to do for myself, to regain my confidence, and it made a huge difference.” 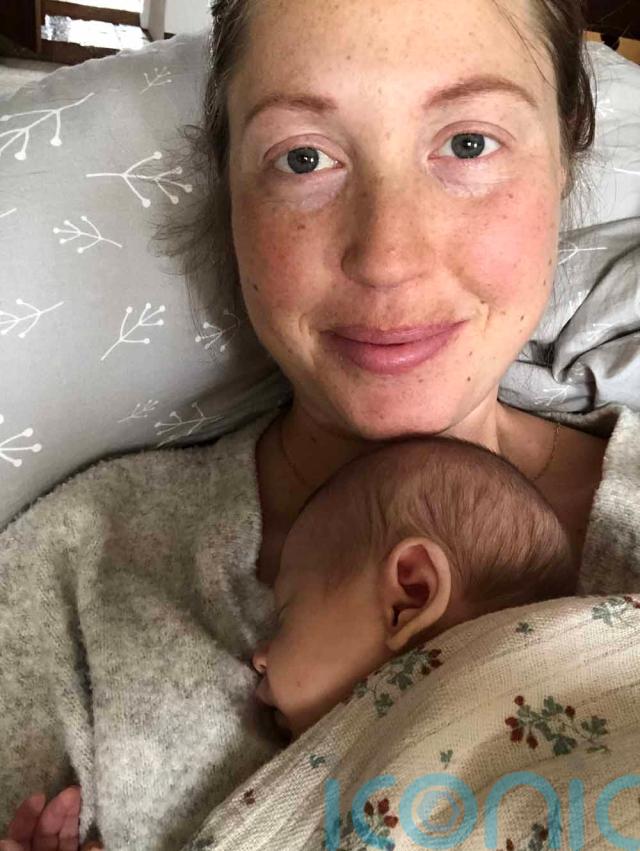 Sadly, devastating news followed in the spring of 2015, by now suffering from agonising chest pains, when she learned her cancer had spread to more of her sternum, forcing her back to Sweden for more life-saving chemotherapy.

She said: “It felt like a kick in the stomach, as I’d finally reached a point where I felt I could do things in my life.

“I was taking one step forward and two steps back, but I wanted to live so I had no choice.” 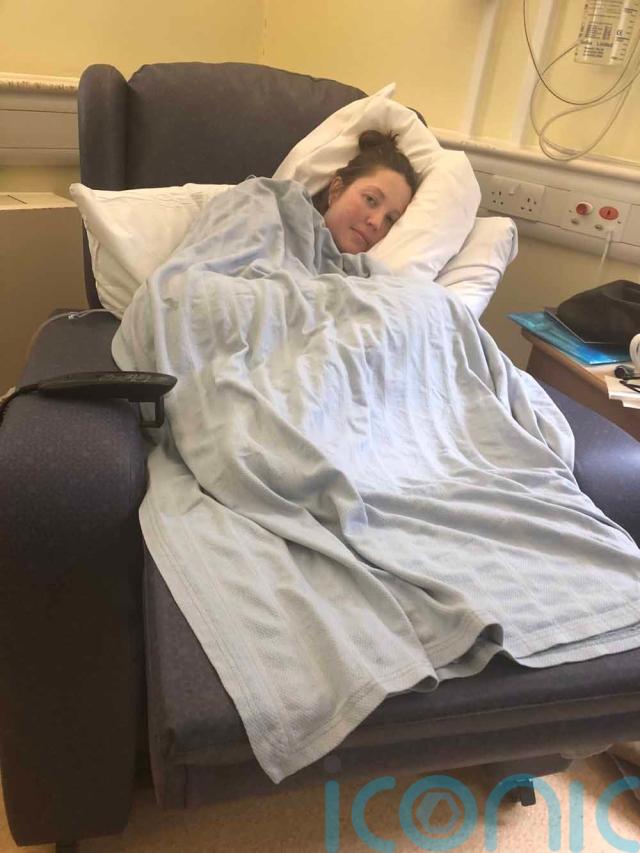 Having chemotherapy every week for nine months,  it was eventually reduced to every three weeks by 2017 – around the time she got married.

Returning to the UK in the summer of 2018, the couple wanted to settle down and “take control” of their lives – also deciding to stop chemotherapy on the advice of her oncologist in favour of anti-hormonal treatment.

In a sea of horror, the most upsetting thing was facing infertility, according to Nathalie. 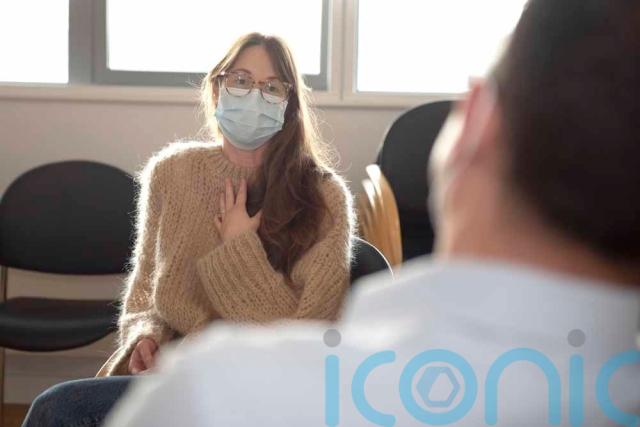 She said: “I started to struggle with my infertility, it was the one thing that made me feel like I didn’t want to continue.

“Lots of my friends were having children and it just made me feel so disconnected.

“I was told I absolutely could not try for a child, as it would likely kill me, and I probably wouldn’t be able to get pregnant.” 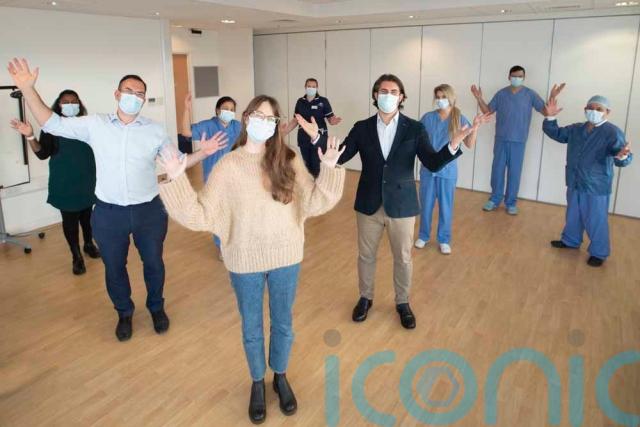 She added: “The choice was taken away from me at such a young age and I cried whenever I saw someone with a child.”

But, incredibly, in January 2020 she fell pregnant naturally, by this point having stopped her anti-hormonal treatment.

She said: “Until the day Elsa was born, finding out I was pregnant was the happiest day of my life.” 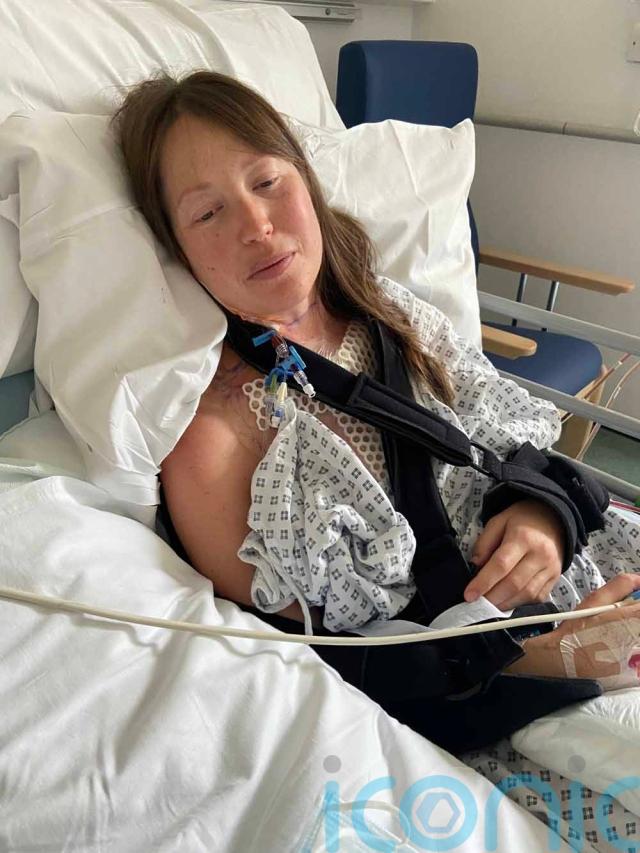 She added: “I just wanted her so much.”

So terrified of miscarrying for the first 12 weeks that she would not even let their pet pug dog sit on her belly, to her surprise, she had a pregnancy without complications and Elsa was born at full-term in September 2020 weighing 6lb.

Nathalie said: “I was carrying the most precious thing in my body and I had to do everything in my power to protect that.” 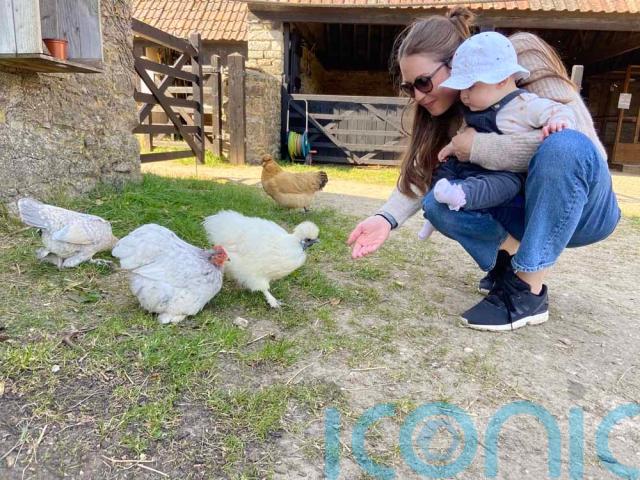 She added: “I came from a state of feeling so unwell, with my body and medication fighting each other to doing the most natural thing in the world and I felt wonderful. It was great.

“Holding Elsa felt completely surreal. It was the most beautiful day of my entire life. She was perfect.

“It’s almost indescribable. She’s a bit of an extra miracle. She’s the girl who should have never been born.” 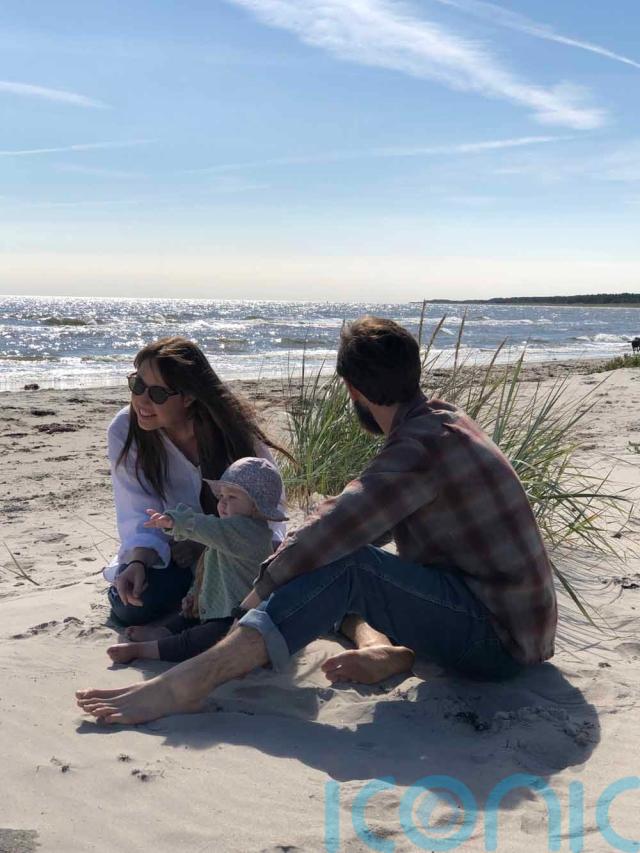 Due to the cancer in her sternum metastasizing, Nathalie was told there was a risk it would eventually become immune to the medicine which was keeping her alive.

Hope came when her oncologist referred her to a surgeon who told her she was eligible for the pioneering transplant, which could extend her life.

She said: “Francesco Di Chiara, who led the effort, was absolutely brilliant. He saw me as a unique person with unique hopes and needs.” 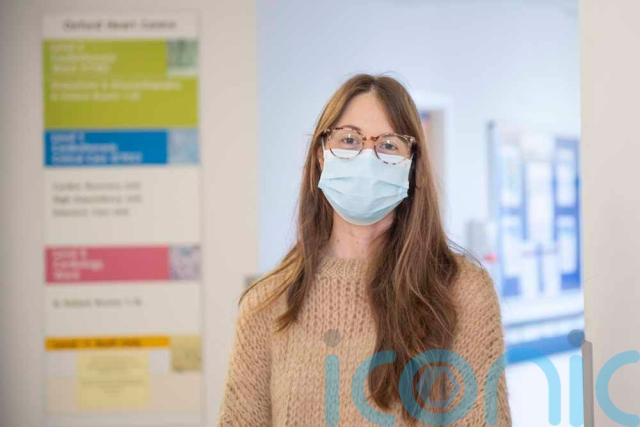 She added: “Not just what I needed medically, but everything else. He has enabled me to carry Elsa and to live a normal and active, life which wouldn’t have been possible with traditional treatment.

Tom Cosker, Consultant Orthopaedic Oncology Surgeon and Lead Clinician for Sarcoma at the hospital trust, is delighted with the result. 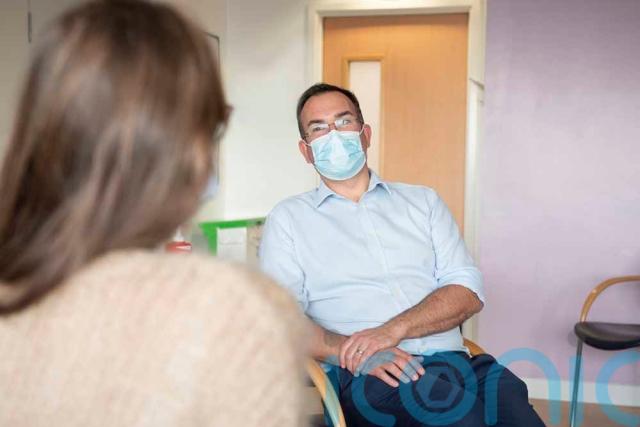 He said: “I am so proud of our colleagues who helped us carry out this ground-breaking operation which, never done before in the UK, has resulted in a remarkable outcome for the patient, removing the cancer from her body and helping her to live a longer life with her family.

“From the moment I met Nathalie, I have been amazed by her extraordinarily positive mental attitude, her desire to embrace even the most radical treatment, and her determination to get through whatever has been thrown at her.

“She is an extremely brave and determined patient who has faced almost insurmountable challenges with the utmost enthusiasm.”