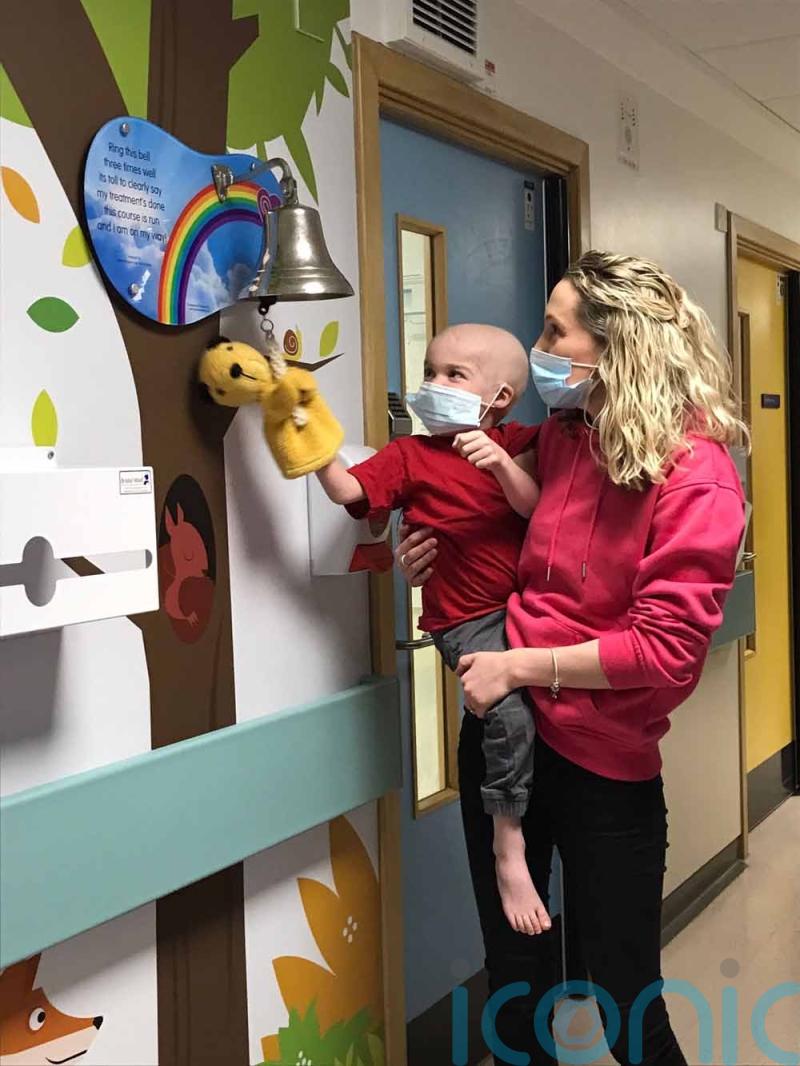 A five-year-old boy who lives in isolation and has never been to school because of a diagnosis doctors say is “rarer than winning the lottery” is all smiles thanks to a special train that brought Sooty and Sweep to his hospital room.

Full-time mum Emily Chaney, 36, has been fiercely guarding her son Jacob from infection all his life, but especially since December 21 last year when he received a second bone marrow transplant in a bid to combat his rare immune disorder, haemophagocytic lymphohistiocytosis (HLH) and fix complications from the first transplant.

A moment of light came when the charity Spread a Smile treated his room in London’s famous Great Ormond Street Hospital to a makeover while he recovered from the procedure by painting his favourite TV characters, Sooty and Sweep, in a train on his window. 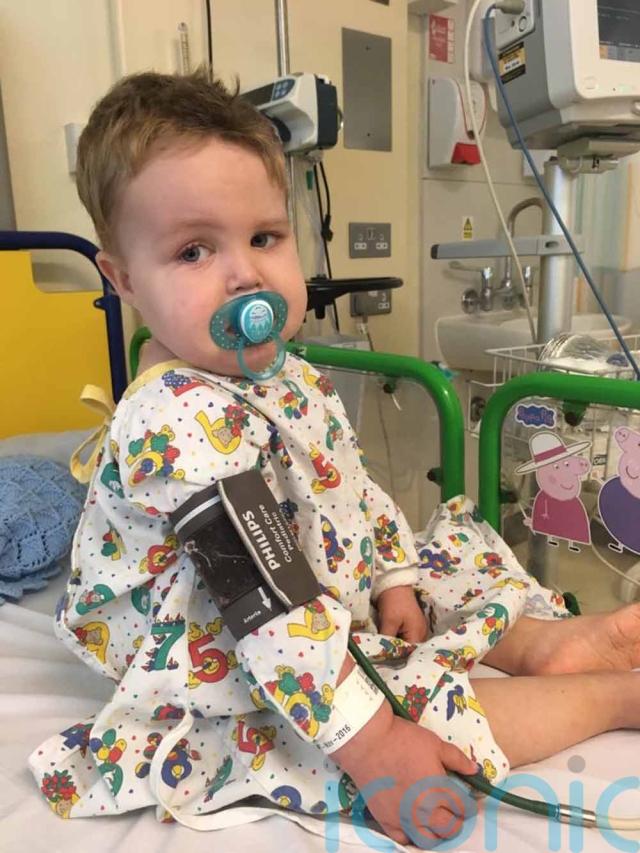 Emily, who lives in Bishop’s Stortford, Hertfordshire, with Jacob and his dad James, 37, who runs a concrete company, said: “It was a bit of fun for him and the painted window trains make hospitals seem less scary for the children.

“The charity came to the hospital after he was first diagnosed. He was really unwell that day and they were playing music and he started dancing and clapping to it.

“It really made an impact.” 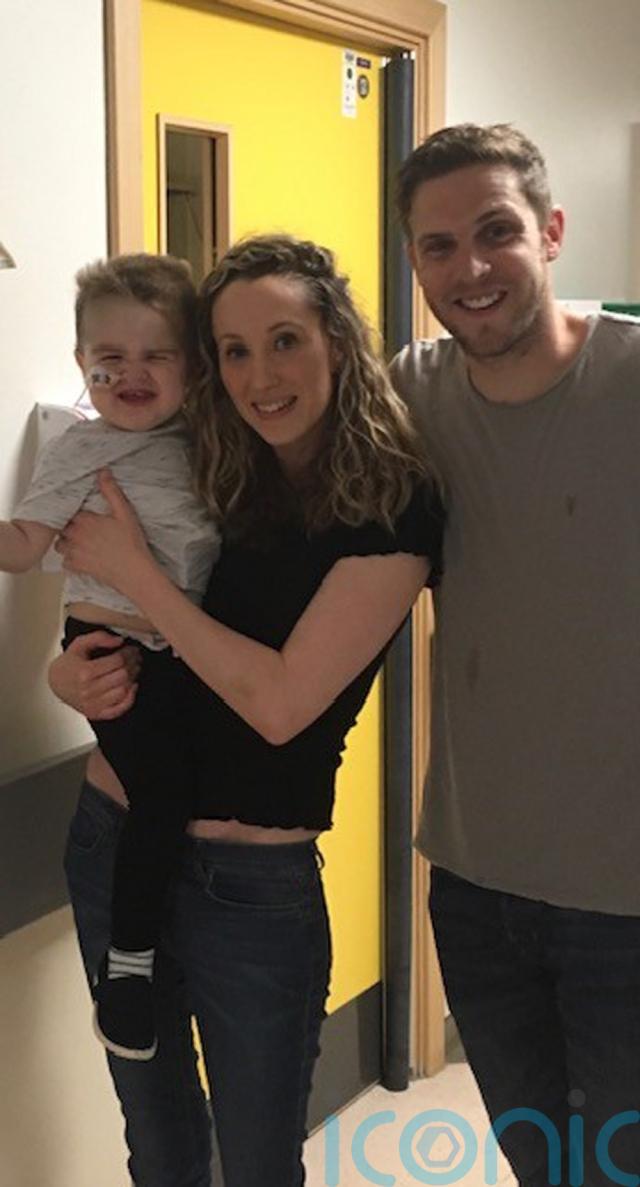 Emily treasures such joy-filled moments with her adorable boy who first showed symptoms of HLH as a toddler, when he developed a soaring temperature that nothing would reduce.

She said: “I first noticed that something wasn’t right when Jacob was 15 months old.

“Everything had gone fine with the pregnancy and after the birth, all seemed well.” 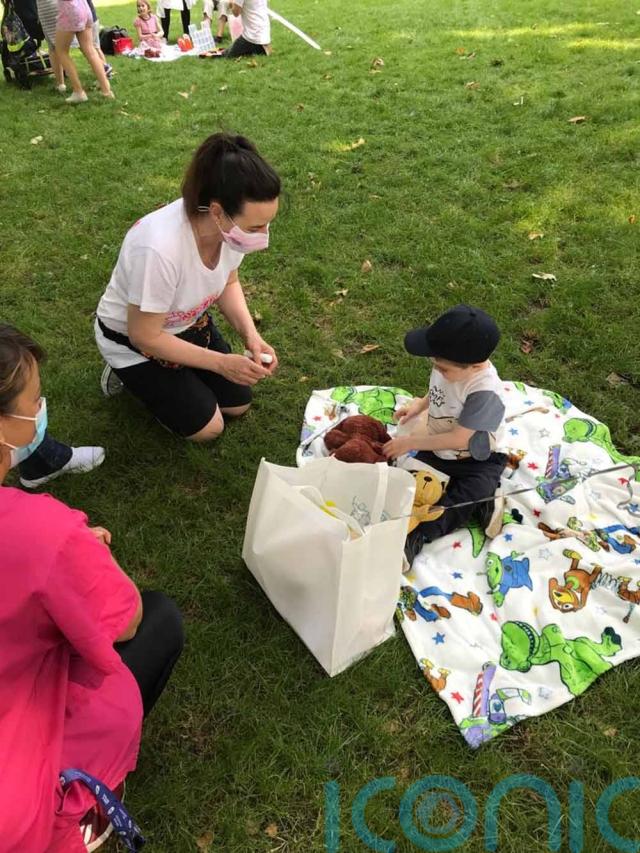 She added: “It wasn’t until Jacob was just over a year old that he developed a temperature that I just couldn’t bring down.

“After a week in a local hospital, Jacob was transferred to Great Ormond Street Hospital, where we found out that he had a very rare immune disorder.

“I didn’t know what to expect when we went to the hospital, but I certainly wasn’t prepared for how devastating the diagnosis would be.” 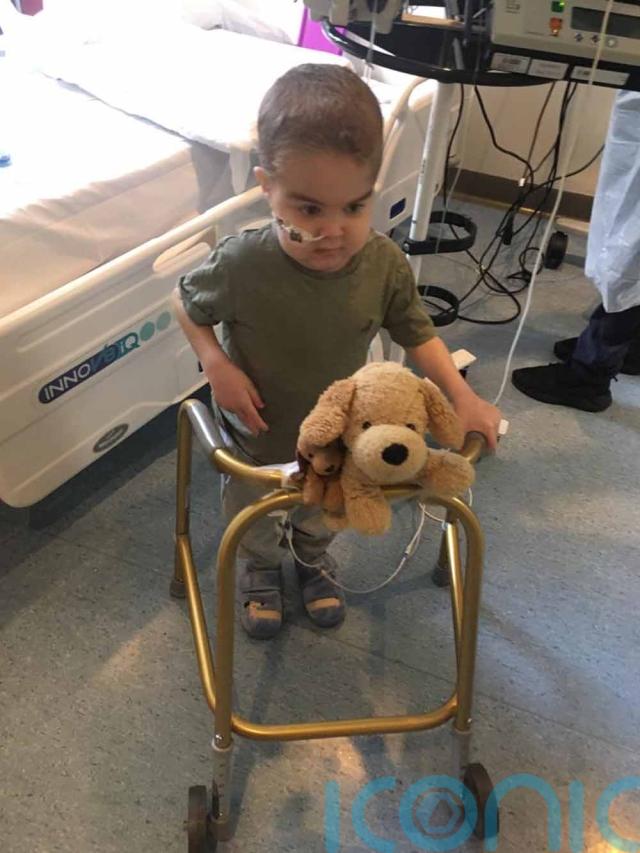 To Emily’s horror, Jacob was diagnosed with HLH which, according to the NHS, is a rare immune disorder where the body reacts inappropriately to a ‘trigger,’ usually an infection. Specialised white blood cells become over-activated, causing severe inflammation and damage to tissues such as the liver, spleen and bone marrow.

The rare disease can be difficult to diagnose, because many of the symptoms can mimic severe infections or other conditions.

Emily said: “The doctor told us it was rarer to be diagnosed with HLH than it is to win the lottery.” 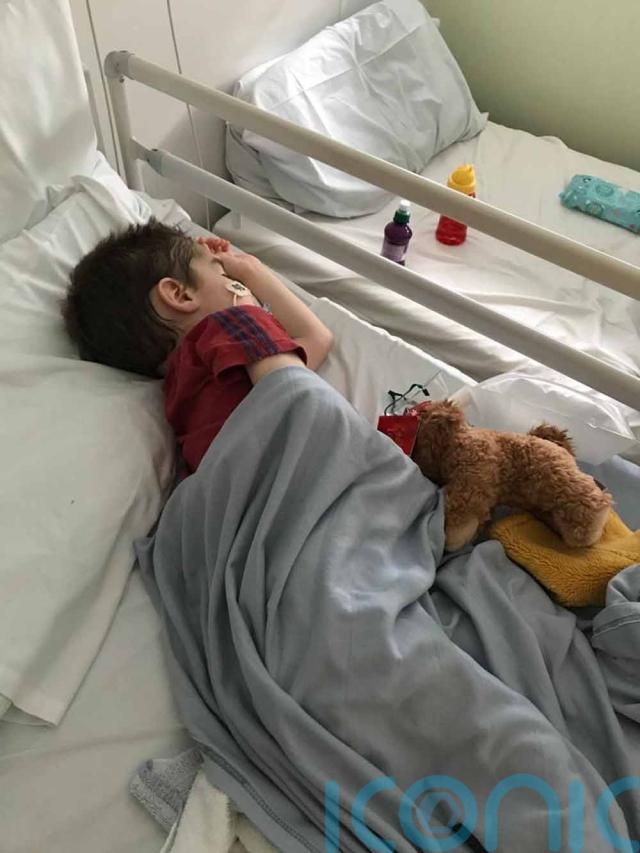 She added: “The only cure was a bone marrow transplant, otherwise Jacob would be very vulnerable to infections and that could be potentially fatal for him.

“There’s not much known about the disorder, especially in this country, which is quite daunting to be told when you’re faced with your child having this diagnosis.”

Unfortunately, the transplant Jacob had in April 2019 was ultimately unsuccessful. 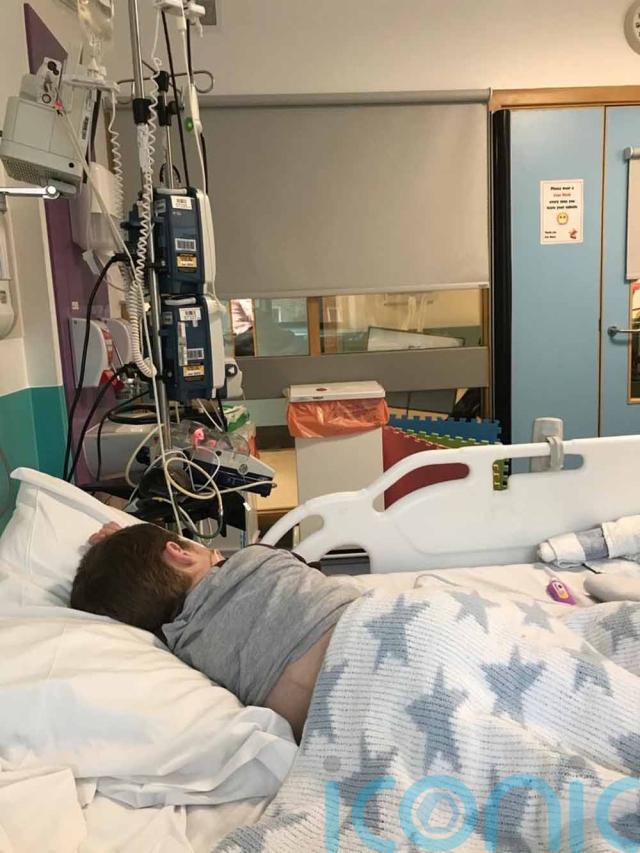 Emily said: “At first, it seemed to cure his condition, but every time he was checked, the amount of the donor’s bone marrow in Jacob’s body was decreasing.

“After three months, it was starting to become clear that the transplant wouldn’t be a success.

“It means that Jacob now relies on blood transfusions, sometimes weekly or monthly, depending on his health.” 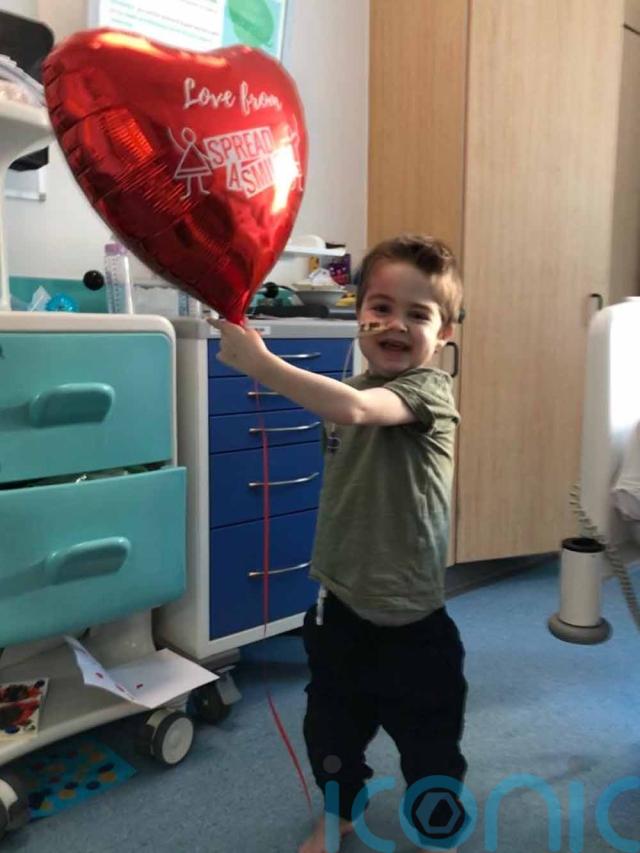 On December 21 2021, Jacob had a second bone transplant in the hope of fixing complications due to the first transplant.

Emily said: “He was in hospital over Christmas, but came home at the end of January.

“It’s early days yet. The first 100 days after the transplant are crucial for determining whether the procedure has been a success.” 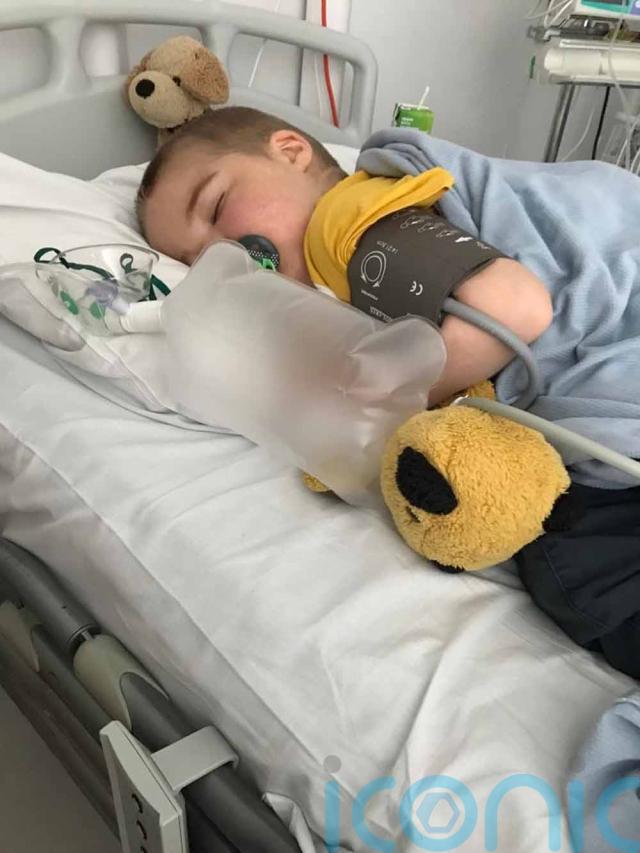 But Emily says these debilitating health problems have not kept her five-year-old’s spirits down.

She said: “He’s a really happy kid, always smiling and always happy to play all day.

“Because he is so vulnerable to infection though, he’s been in isolation his whole life. He’s never been to school, so I’m hopeful that this time the transplant will work and he’ll able to enjoy some normality in his childhood.”

She added: “That’s partly how I got involved with the Spread a Smile charity, because they brighten up hospital rooms for kids.

“While he’s been in isolation for his recent procedure, he’s taken part in magic shows over video calls where he’s done things like make balloon animals.”

Spread a Smile – which is hoping to expand outside London in the near future to work with 56 hospitals UK-wide – supports critically and terminally ill children and their families by providing entertainment, treats and activities to them and their families while in hospital or receiving treatment. 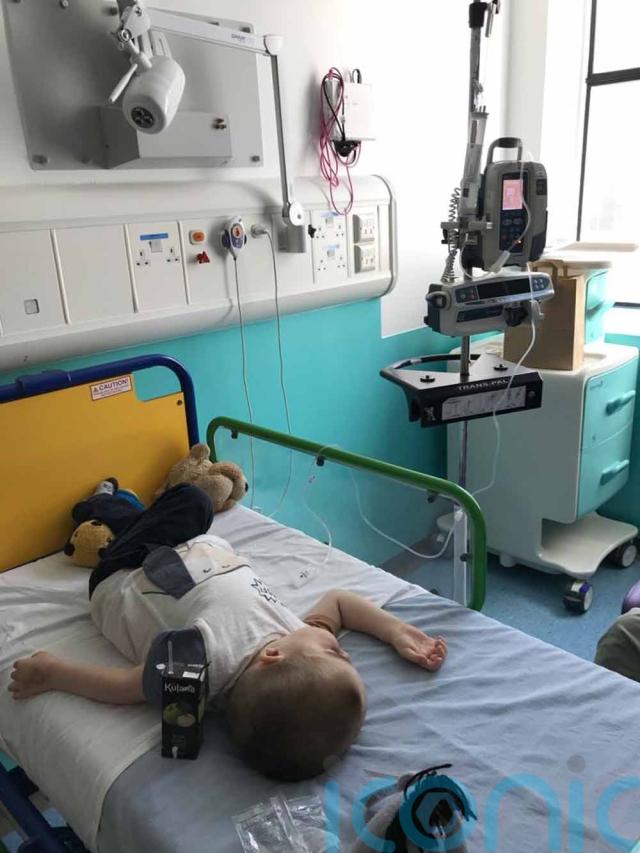 With research showing that entertainment, laughter and smiling has a direct impact on improving the quality of life and building the self-esteem and confidence of children facing painful procedures and spending a lot of time in hospital, the charity’s work is vital.

Emily says Jacob has definitely benefited from their support, adding: “He loved his Sooty and Sweep train.

“I’m really hopeful that Jacob’s latest transplant will see an end to the spells in hospital but, until then, I’m really grateful to the people who help to make them special for our little ones.”