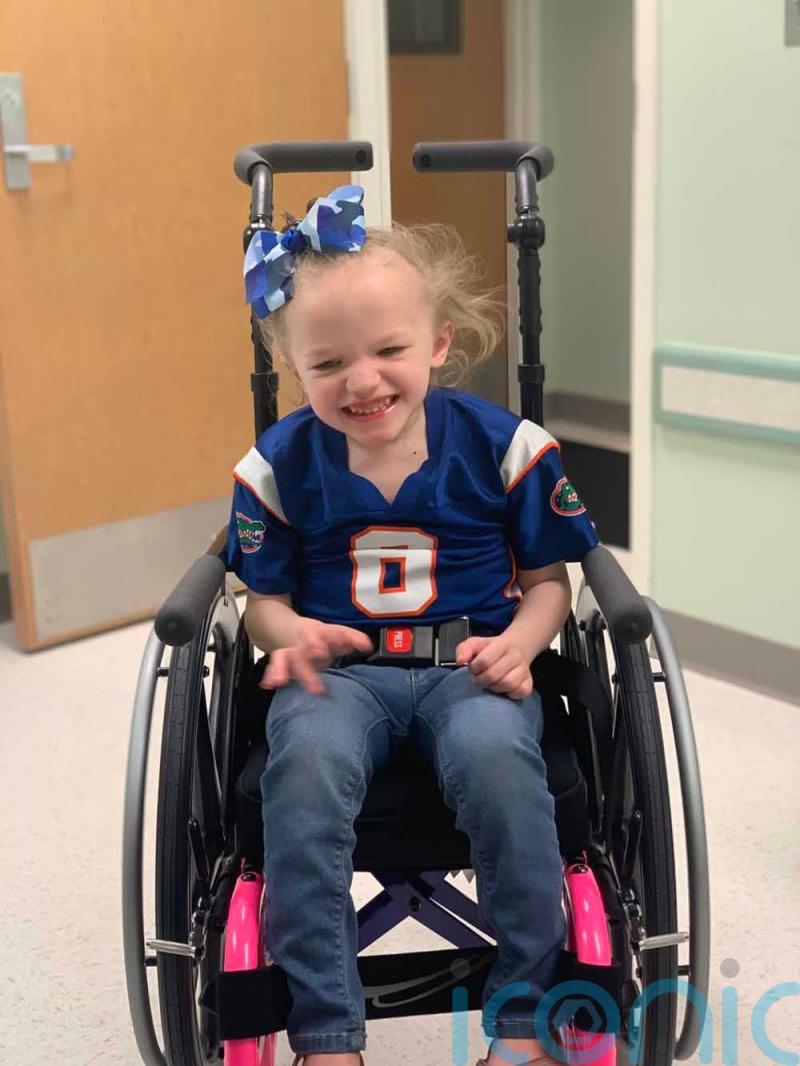 A mum claims her daughter is the “happiest girl on the planet” despite living under a huge question mark as the seven-year-old is the only person in the world with two genetic mutations which mean no one knows her life expectancy.

It took more than a year of her missing “every milestone” before Hannah Wood, 27, says her daughter Layla’s condition really started to worry doctors.

In November 2018, she was finally diagnosed with the NFIX gene mutation, which causes developmental and intellectual delay, epilepsy, overgrowth, skeletal anomalies and vision impairment. But she was also diagnosed with the BPTF gene mutation, which is linked to breathing issues, heart problems and childhood cancer, for which she is tested every year. 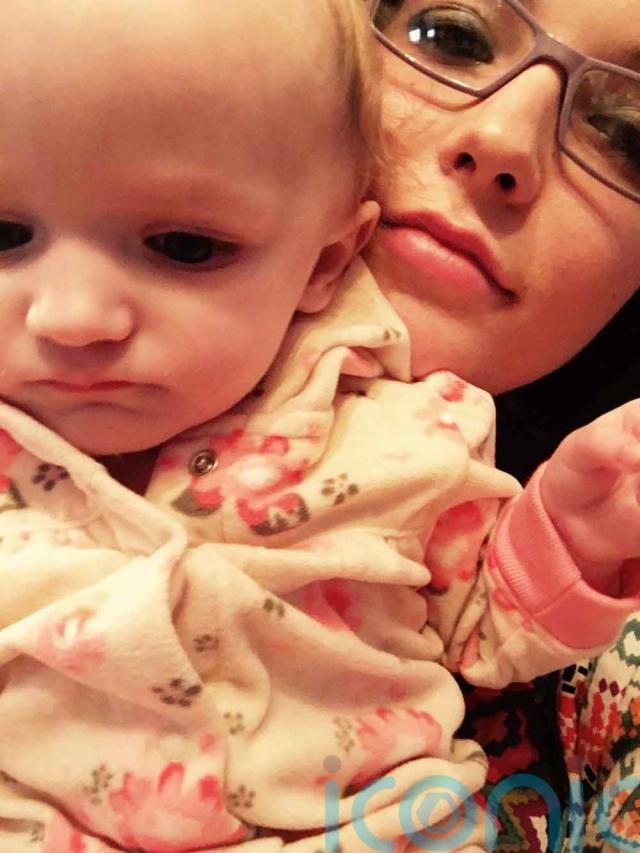 Yet Hannah, who lives in Ocala, Florida, USA, with Layla, and her partner Dallis Crossin, 28, with whom she runs a handyman business, and her other children Samantha, nine, Wyatt, eight, and three-month-old Arabella, said: “She has such a positive light about her.

“Anyone who knows Layla knows she is a star.

“She’s the happiest girl in the world. Everything makes her happy, she brightens everyone’s day.” 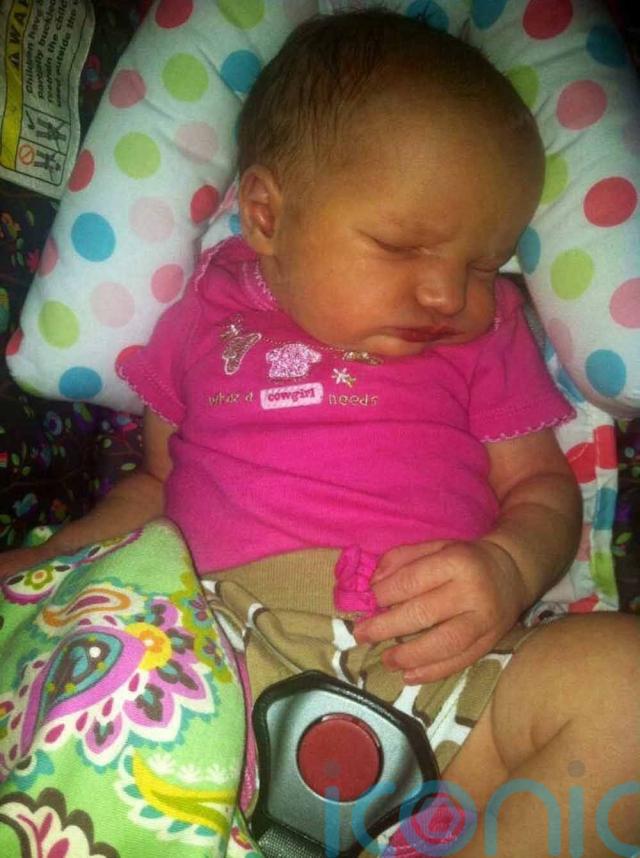 Layla’s genetic mutations mean she cannot speak or eat on her own. Despite being seven, she still has to wear a nappy and needs 24-hour supervision.

She said: “I would never trade her for anything.

“Because we don’t know what the future holds, we just take it day by day and make the most of our time with her.” 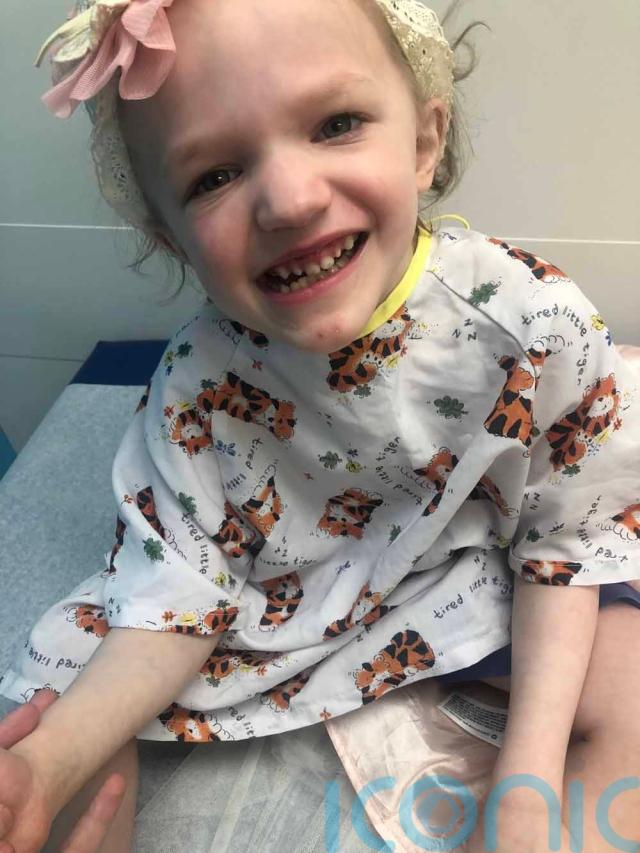 She added: “But I still allow myself to dream of her growing older.”

When Layla does hit a milestone – such as learning to walk on her own in the last year  – it is a cause for celebration.

Hannah said: “We celebrate even the smallest milestones. If she goes to a new toy that she was nervous about, or uses her hands more, we’re always celebrating.” 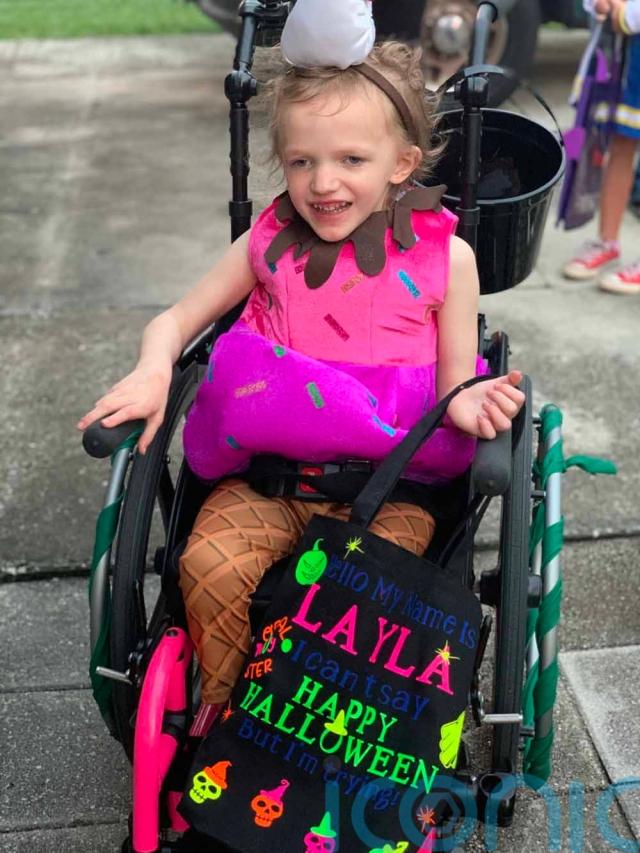 Little Layla was born at full-term on January 29, 2015 and Hannah says she was beaming with joy to welcome her into the world.

But her joy quickly turned to worry, when she noticed something “was not right” with Layla in her first months, as she could not sit up or roll over and did not smile until she was around a year old.

Feeling depressed, Hannah said: “She wasn’t meeting milestones which she should have been hitting like rolling over or smiling. She couldn’t sit up on her own until she was a year old.” 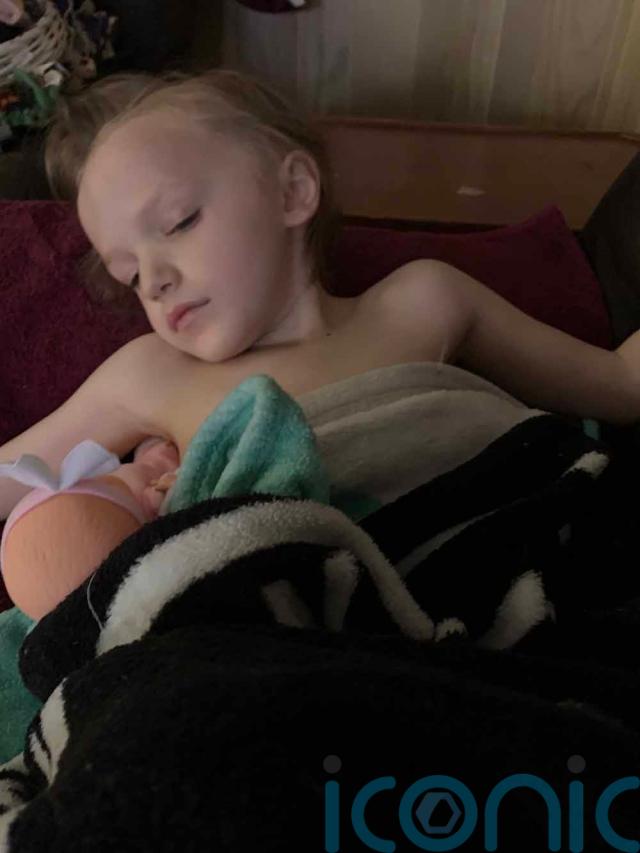 She added: “She was completely healthy as far as her weight and eating went, but I had a mother’s instinct that something wasn’t quite right.

“Even my mum thought I was crazy, but I just knew something was wrong.”

Hannah’s frustrations grew as doctors could not find anything wrong with Layla, despite the fact she was obviously missing milestones other children were hitting. 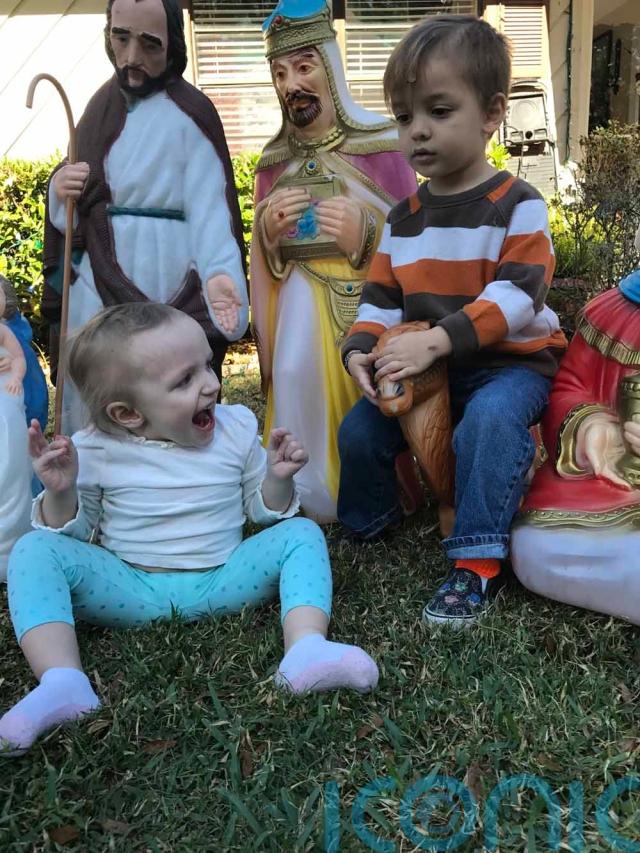 She said: “It was so upsetting. As a mum, all you want is to see your children be happy and make progress, so it was rough.”

In late 2016, Layla began physical and occupational therapy, as she had significant developmental delays and built virtually no muscles in her body as she could not walk.

The family had seen a neurologist, but sadly an MRI was unable to find anything wrong with the tot. 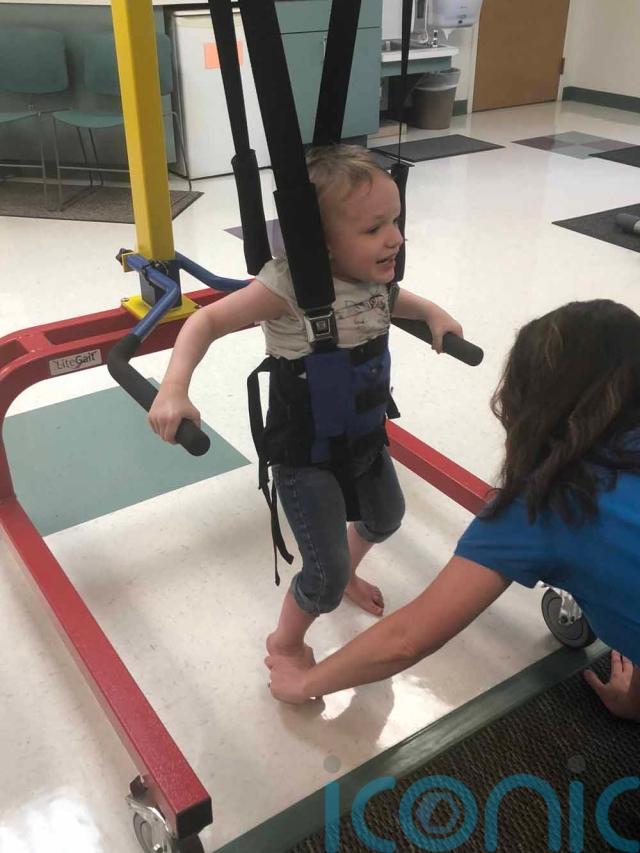 Desperate for answers, Hannah drove up to five hours to various genetic testing centres across Florida every few months for blood tests.

But it was not until late 2018, after countless drives to Gainsville and Orlando, that they finally had a diagnosis.

Recalling the moment Layla was diagnosed, Hannah said: “Being told my daughter had a result was a relief, we’d been waiting for so long.” 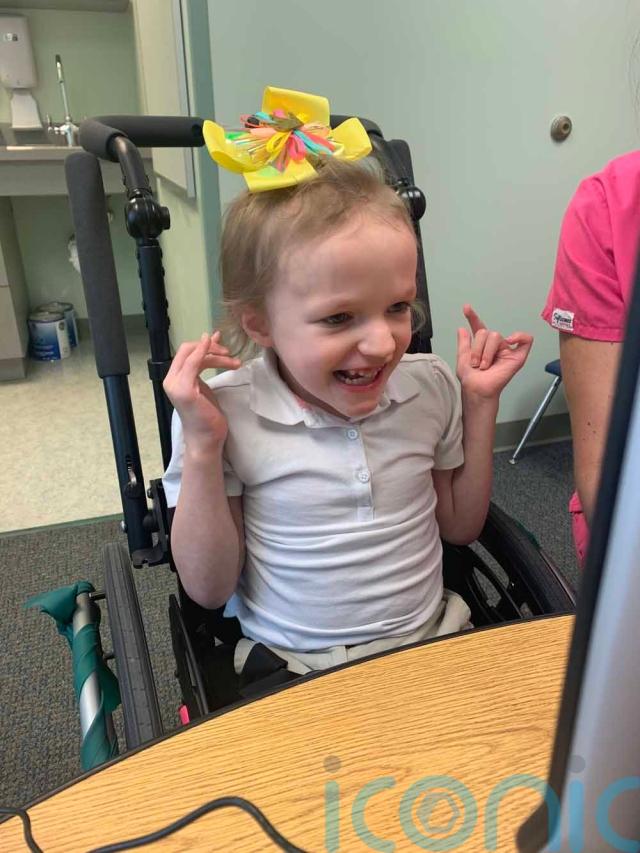 She added: “The geneticist told us they believe she’s the only person in the world that has both of these mutations.

“This means they can’t tell us anything about how it will affect her, which is terrifying.

“We don’t even know what her life expectancy is.” 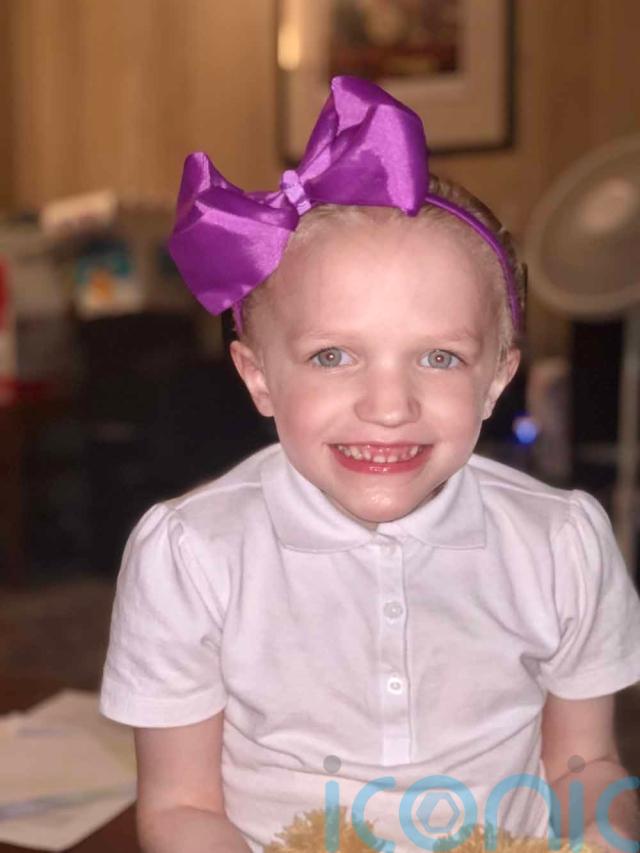 The diagnosis was definitely a bittersweet pill to swallow.

Hannah continued: “Life was rocky after that.

“It was around this time when she started vomiting. She would turn yellow and pale and become non responsive.” 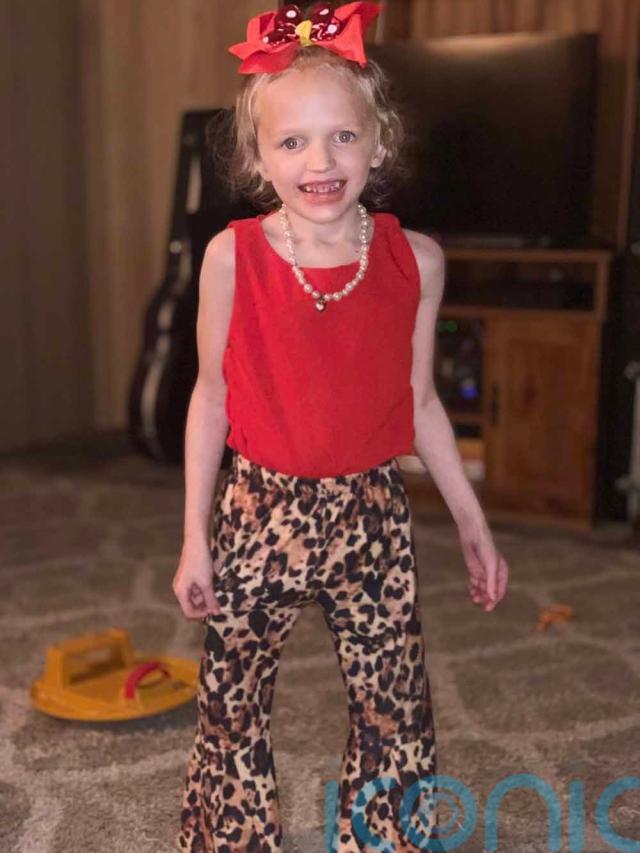 She added: “Her blood sugar would crash to 30, which is deadly, and in 2019 throughout the year she was in and out of hospital.

“None of the doctors could figure out why this was happening. They wondered if it was because she has these two mutations.

“I always sleep with her because I am terrified of not doing so, as she once choked when she was sleeping.” 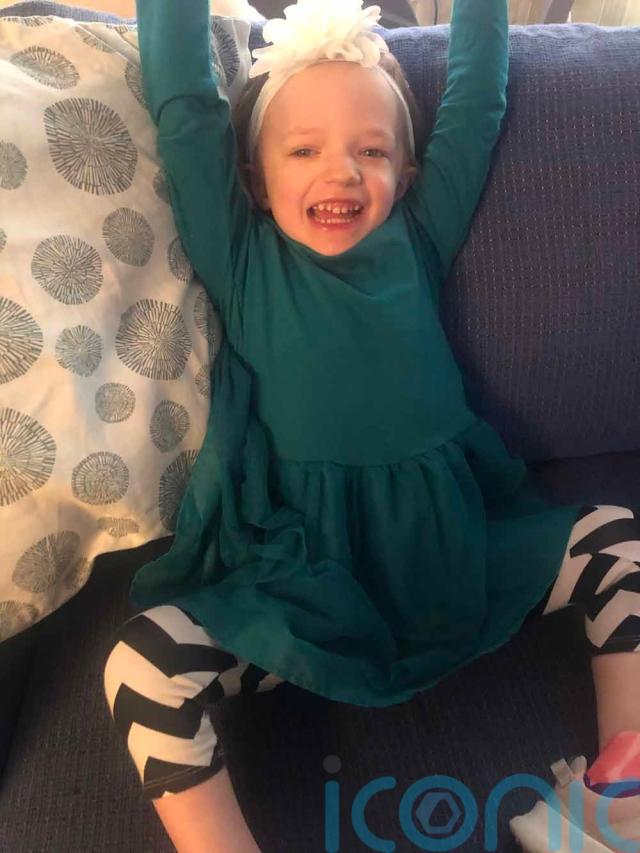 As 2019 progressed and her health deteriorated, Layla’s weight plummeted from an already low 35lb to just 23lb – the average weight of a two year old.

Hannah said: “I was absolutely terrified that I was going to lose her every time we took her to hospital.

“I was watching her – skinny, not being able to eat or drink and so, so pale. There were several times I’d sit next to her crying and praying.” 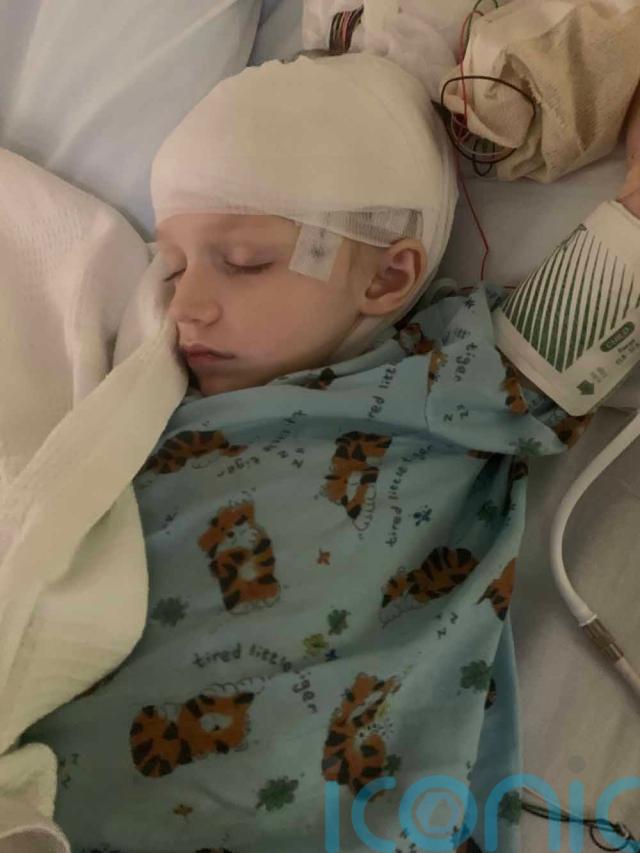 She added: “She had no colour to her apart from a yellowish tint. Her eyes were sunken and she was very thin.”

But Hannah says the family remain positive thanks to Layla’s charm and joy.

Despite the fact she will probably never talk, in the last year she has started attending a special needs school which she “absolutely loves”. 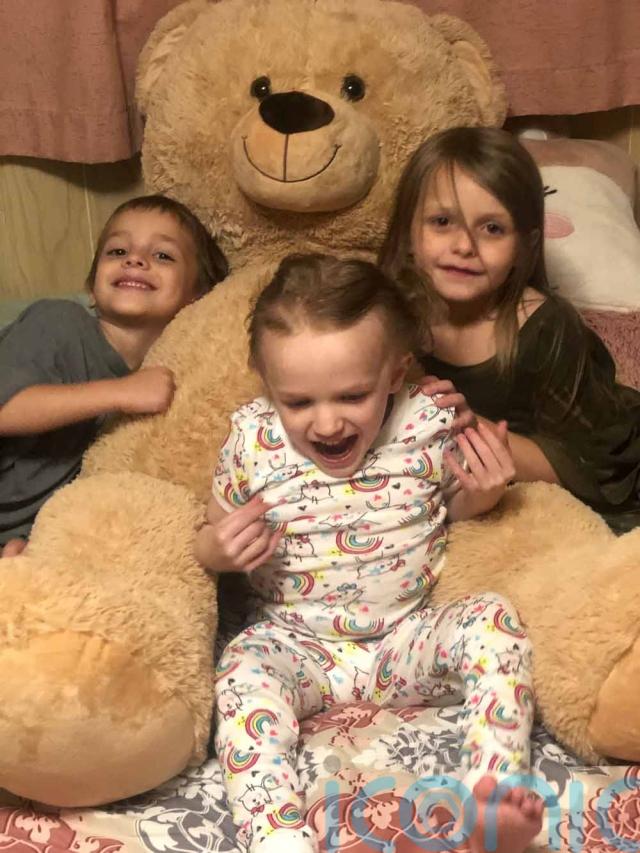 Hannah said: “Layla’s joy and everything about her keeps us going. Anyone who meets her is overwhelmed by just how happy she is.

“There is a huge question mark over her future, but she is a lovely girl and we take life day by day.”