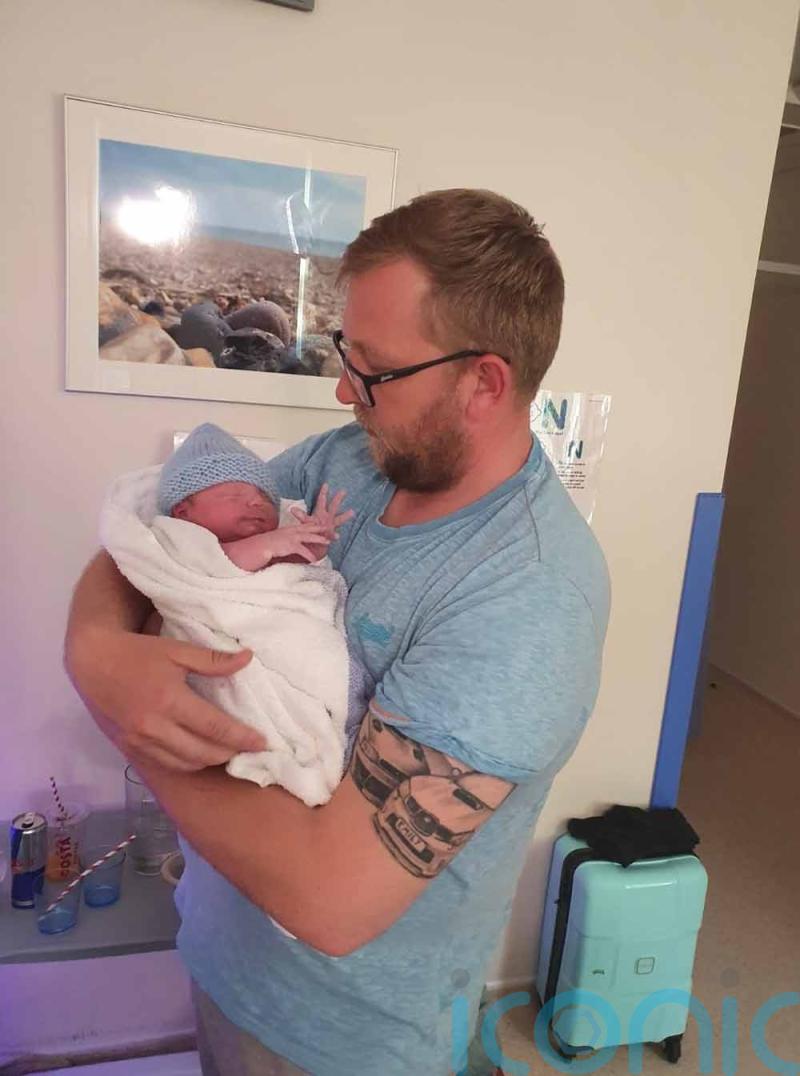 A social worker whose mother’s instinct told her something was wrong with her son in the womb several months before his leukaemia diagnosis is celebrating his remission after he became the ninth baby in Europe to receive a new treatment.

Mum-of-four Lucy Ellerker, 41, says the new cancer treatment, CAR-T therapy, is keeping her youngest child Opie, two, alive after he was diagnosed with an acute case of leukaemia at five months and a bone marrow transplant failed.

Without it she says she and her engineering manager fiancé Lewis Jones, 34, would lose their youngest child, who has a sister, Emily, five. 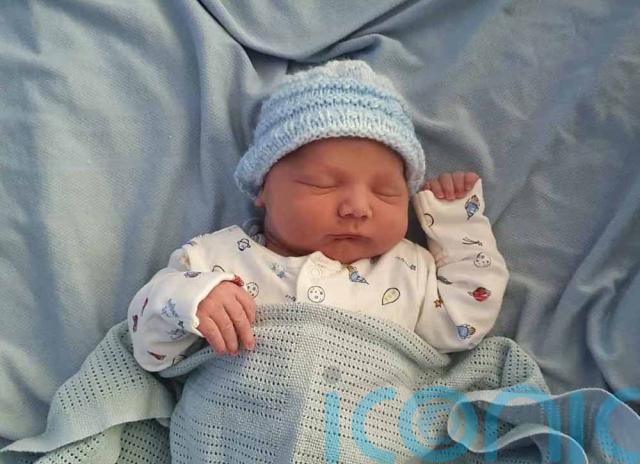 Lucy, of Warboys, Cambridgeshire, who has two daughters, Amy Canning, 21, and Kara Canning, 17, from a previous relationship, while Lewis also has a daughter, Kellie, 19, said: “If Opie hadn’t had the CAR-T therapy, he wouldn’t be here.

“We were down to our last option and it’s the reason my little boy is alive.”

Only the ninth baby in Europe to receive CAR-T therapy, which has been fighting cancer in adults for a decade, it works by taking T-cells from the patient’s blood and ‘training’ them to fight the cancer cells. It is then given back to the patient. 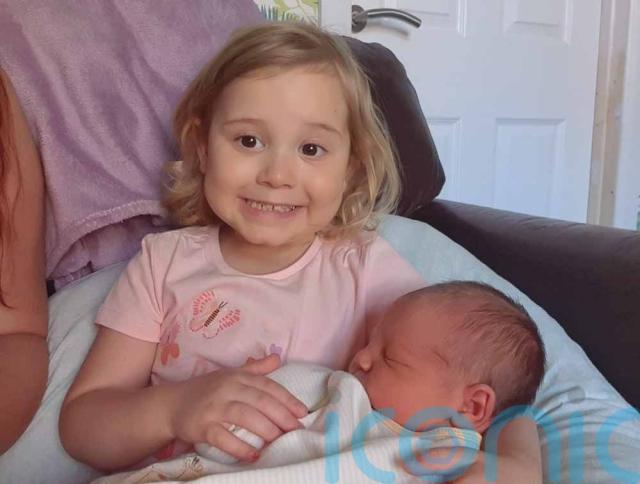 While for most of her pregnancy with Opie, Lucy had a smooth ride, as her due date grew closer, she became extremely concerned that something was wrong.

She said: “It was my fourth pregnancy so I knew what to expect and we were having our first boy which was very exciting.

“We’re a close-knit family and all of us were really looking forward to the new arrival.”

She added: “Then, as my due date approached, while there didn’t appear to be anything wrong, my intuition was screaming at me. I kept thinking that something was up.

“I was going back and forth to the hospital, asking them to double check things.

“In the end, I was induced two weeks early as I couldn’t stop stressing.” 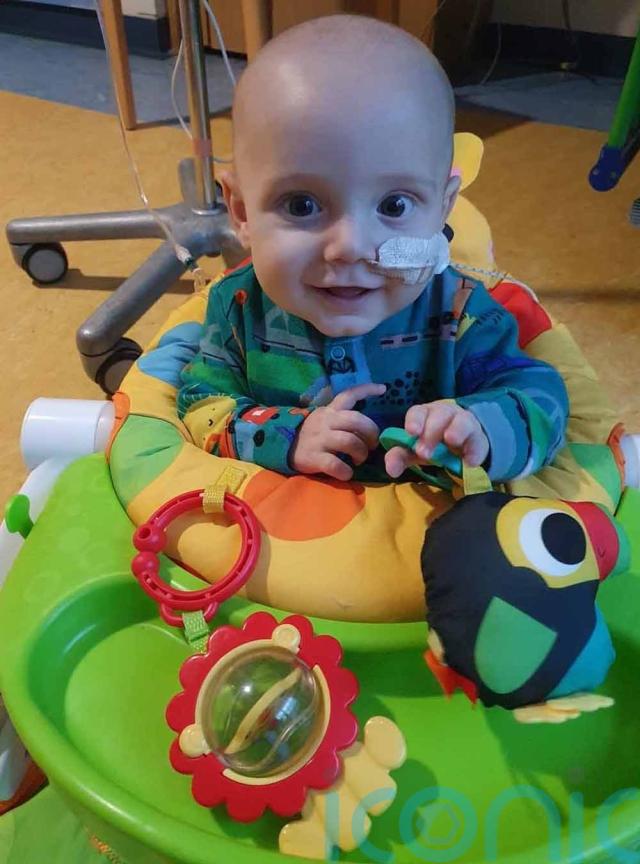 She added: “But even that was an odd experience, as it was during the first lockdown, so I was in hospital alone until I was in active labour, which is when Lewis was allowed into the hospital with me.”

Lucy said: “He was just perfect. We got a few hours together before Lewis had to go home due to Covid restrictions.” 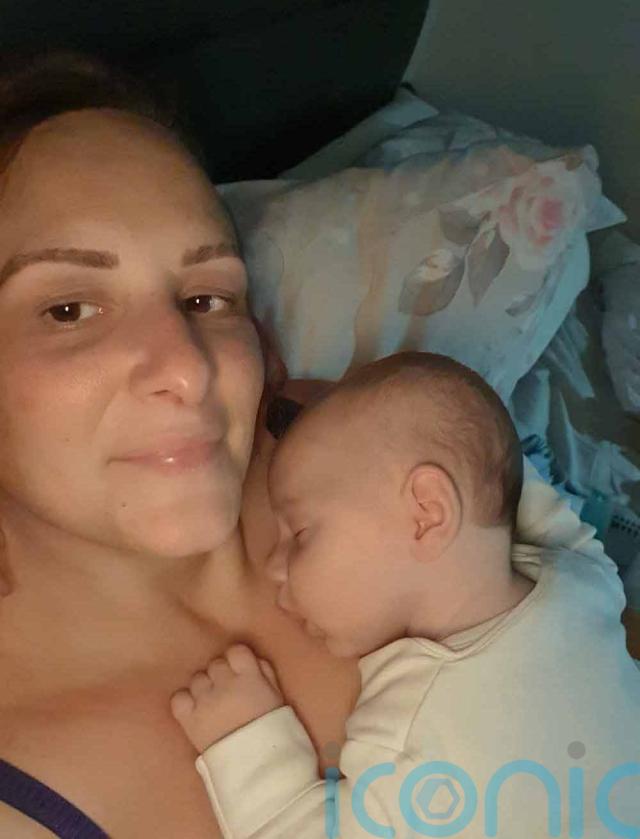 She added: “Giving birth to my other children, I’d had lots of visits from family and friends wanting to meet the new baby, but with lockdown, I was very lonely.”

Lucy and Opie spent one night in hospital before heading home the following evening, where she says everything seemed normal.

“Over the next few months, Opie grew bigger, hitting all his milestones,” she said.

She added: “But, as this was my fourth child, I started to notice little differences in his behaviour. At five-months-old, he was quieter than my girls had been at his age and wouldn’t have as much milk as I felt he should be wanting.”

Determined to get to the bottom of it, Lucy booked a doctor’s appointment.

She said: “The doctor checked him over and everything seemed fine, but while we were there, Opie had a sharp intake of breath which the doctor noticed.” 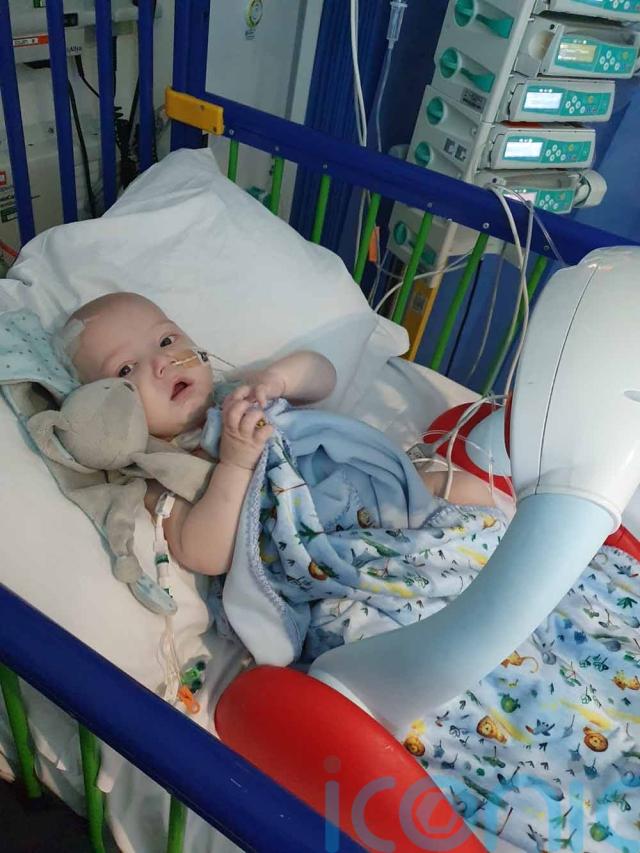 She added: “Feeling his tummy, he also noticed that Opie’s stomach was enlarged.

“Concerned, he said that taking Opie to the children’s ward at the hospital would be best as they could do tests.

“I didn’t think much of it. I stopped off at home before going to hospital and I remember Opie gurgling and smiling away from his carrier.”

She added: “Little did I know, it was the last time our family would feel normal.”

Lucy drove Opie to Hinchingbrooke Hospital in Cambridgeshire, where he spent the evening having blood tests.

She said: “I remember the room filling up with different medical people – student doctors, nurses and the consultant paediatrician.”

She added: “In the evening, after countless tests, the consultant finally took me and Lewis aside and broke the news.

“He told us that they thought Opie had leukaemia and it was really serious. He was going to be transferred to a different hospital, but they didn’t know if there was a lot they’d be able to do for him.”

Falling to her knees on hearing the devastating news, Lucy felt bereft.

She said: “I completely freaked out.

“It was the last thing I had expected – every parent’s worst nightmare.

“I ran out of the room crying, unable to comprehend what lay ahead for my little boy.”

Opie was taken by ambulance to Addenbrooke’s Hospital in Cambridge on October 27, 2020.

Lucy said: “I wasn’t allowed to drive him myself as he was at risk of a stroke. He was given a blood transfusion before being rushed to Addenbrooke’s, where he was admitted to intensive care.”

Once there, doctors confirmed Opie’s leukaemia diagnosis and the tot had chemotherapy. 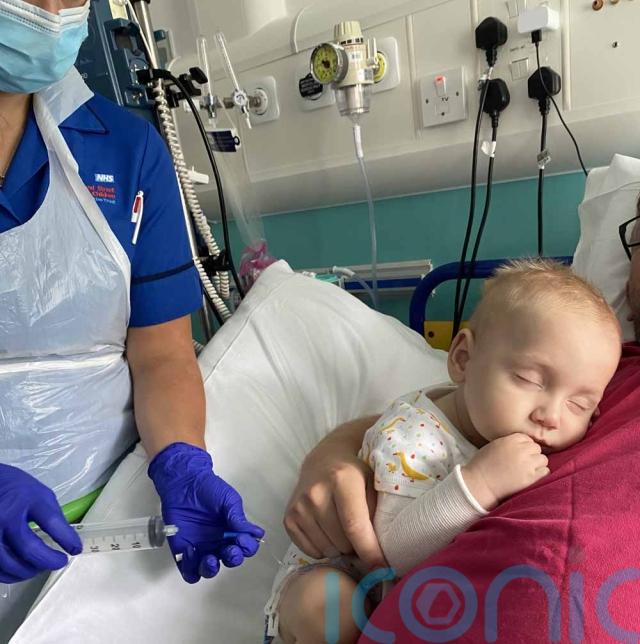 Lucy said: “Doctors wanted to lower the number of cancer cells in his blood while they searched for a bone marrow donor.

“The chemo really wiped Opie out, though, and it was very hard to see him so poorly.”

In December, Opie became eligible for immunotherapy, which meant he could go home for three weeks. 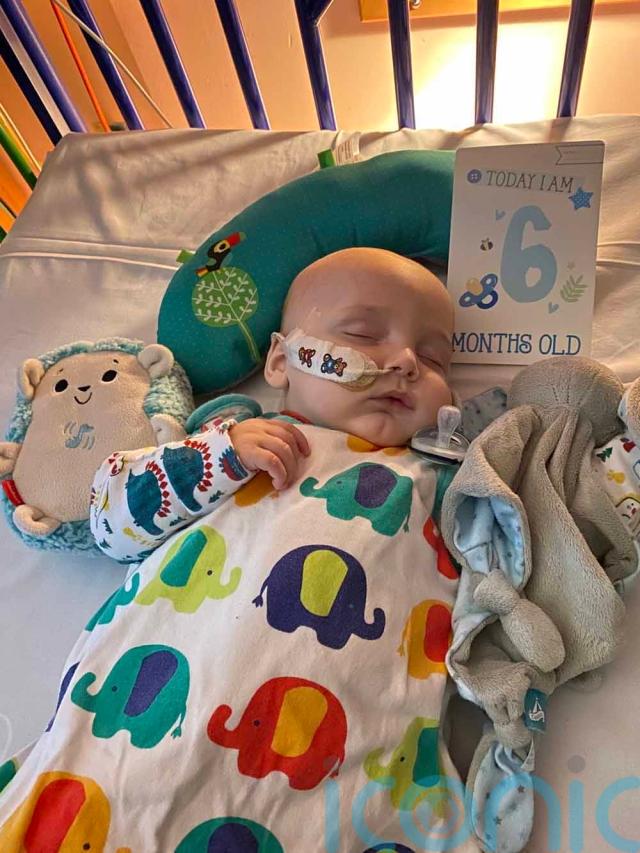 Lucy said: “It was amazing to have him back with us, especially as it coincided with Christmas.

“He was fixed to a pump through a wire coil which we would carry around with him at all times.”

After three weeks, Opie was taken back to Addenbrooke’s where he waited for bone marrow to arrive from a donor in the US.

Lucy said: “On February 12, 2021, Opie finally had his bone marrow transplant.“At the time it felt like the light at the end of the tunnel.

“At the 28-day mark, they checked and his bone marrow was still 100 per cent donor, which was really positive.” 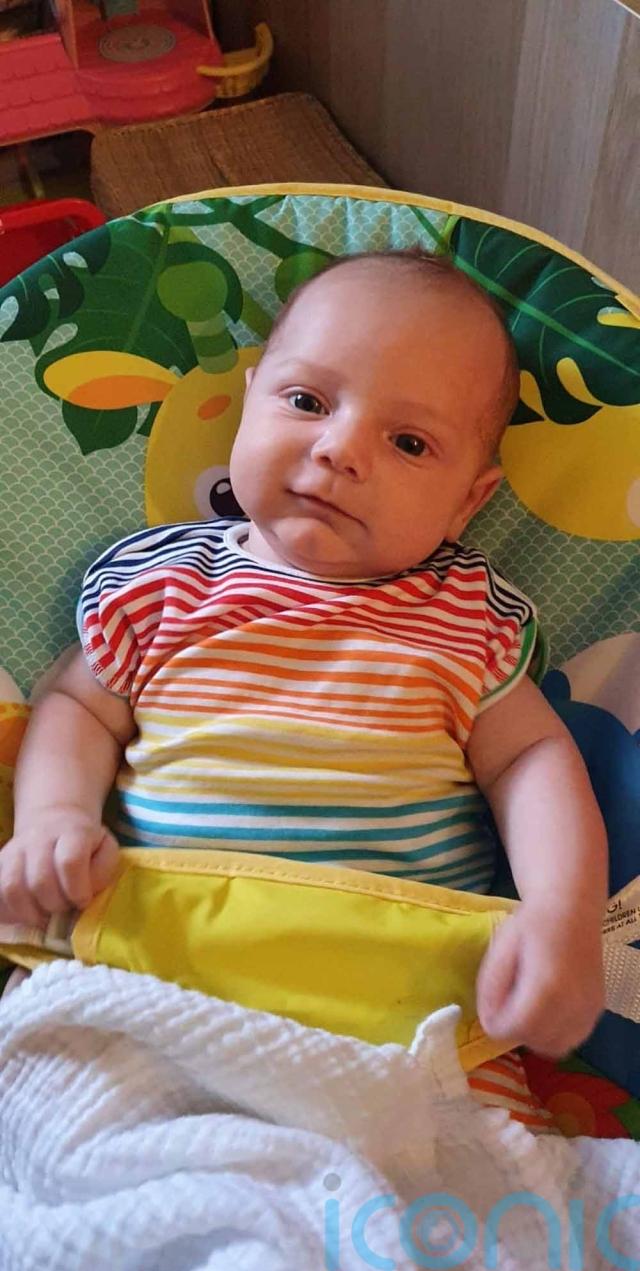 She added: “The oncology consultants marvelled at how well he was doing and we went on to celebrate Opie’s first birthday feeling really positive.

“It was in June 2021, when I was out for a walk in the woods with my children and Lewis was with Opie in hospital that he rang me to break the news that they’d just checked our son’s bone marrow and 0.002 per cent of leukaemia was discovered.

“Such a small amount but it meant everything. The bone marrow transplant hadn’t worked and the cancer was coming back. Suddenly, we were thrown back onto the rollercoaster of searching for treatment.”

She added: “It was terrifying. We felt like we were out at sea and the waves just kept on crashing over us. In the space of a two-minute phone call, the storm had started again.”

With a new treatment, CAR-T therapy, having been just approved for babies, consultants considered it as an option for Opie.

Lucy said: “The doctors make it clear that this was Opie’s last chance. Nothing else had worked and if the CAR-T therapy failed, then we were out of options.” 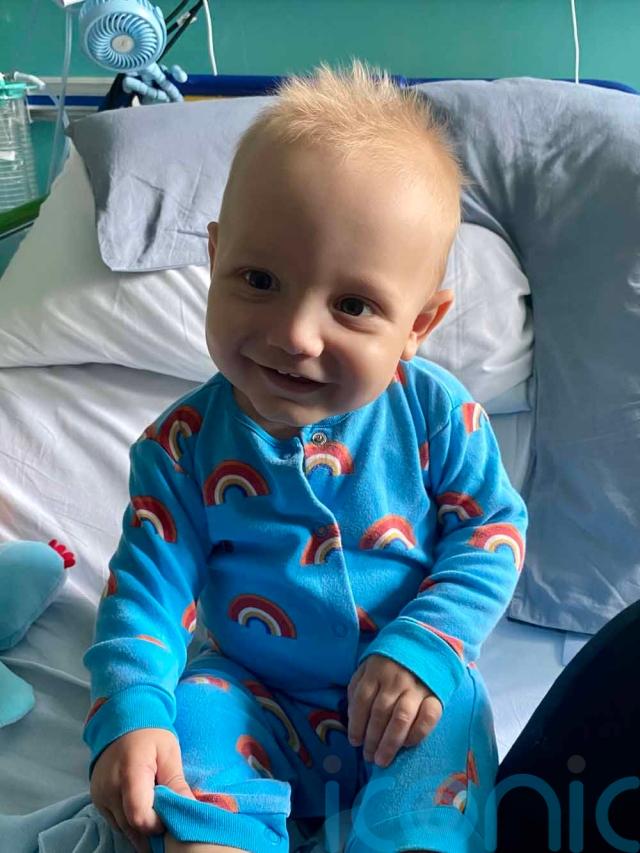 She added: “It was terrifying, but we were so grateful that the treatment was available.”

The CAR-T therapy involved extracting T cells from Opie’s blood and taking it to a lab in the USA. There the T cells were modified to fight cancer cells.

Afterwards, the blood was returned to London and put back into Opie’s bloodstream.

Lucy said: “We went to London’s Great Ormond Street Hospital for the treatment and Opie did so well. It didn’t affect him in anywhere near the same way that chemotherapy had. ”

While the treatment has been available to adults on the NHS for 10 years, it has only recently been made available to young children.

Lucy said: “Since the treatment, Opie – who is only the ninth baby in Europe to receive it – has been able to come home and we’re starting to get back to normality.”

She added: “Right now, the doctors are waiting to see how his body continues to react but, so far, everything looks clear and he is officially in remission.

“The CAR-T cells are still in his body, which means no cancer cells can live as it kills them off.

“The hope is that if the CAR-T cells are still there at the one year mark then it looks likely that they’ll stick around and continue to fight off any signs of cancer. Although if they don’t, that does not necessarily mean the cancer will return.” 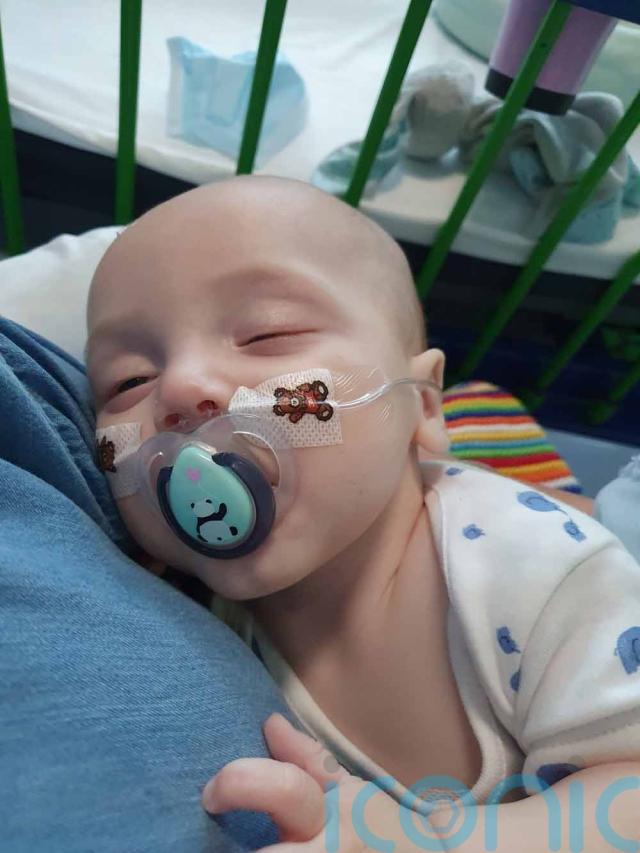 She added: “Once Opie has been cancer-free for five years, then he’ll get the all-clear.”

In the meantime, Lucy is delighted that Opie’s health has come on in leaps and bounds.

She said: “He really is just like any other two-year-old. He’s the cheekiest little boy, he’s so funny.”

She added: “He couldn’t go to nursery or playgroups for a while, as his immune system is still rebuilding, but he has just recently been given the go-ahead by doctors.

“We’ve found a small nursery with a class of just eight to ease him in and he loves it.

But Lucy is insistent that without this new treatment none of this would have been possible.

She said: “There is no shadow of a doubt that, without the CAR-T therapy, Opie would not be here.

“It’s also wonderful how much kinder the treatment has been on Opie, as he really found the chemo tough.”

She added: “I’m hopeful that, in the future, more alternative treatments will be made available that don’t take their toll on the body the way more traditional treatments do.

“Every night, as I tuck him into bed, I can’t believe how lucky I am to have Opie safely at home with us.

“I’ll always worry about his health, but I’m incredibly grateful to his medical team for the progress he’s made.” 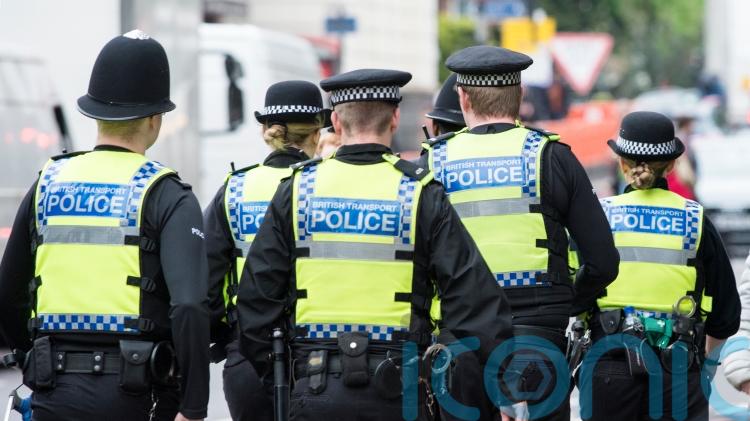 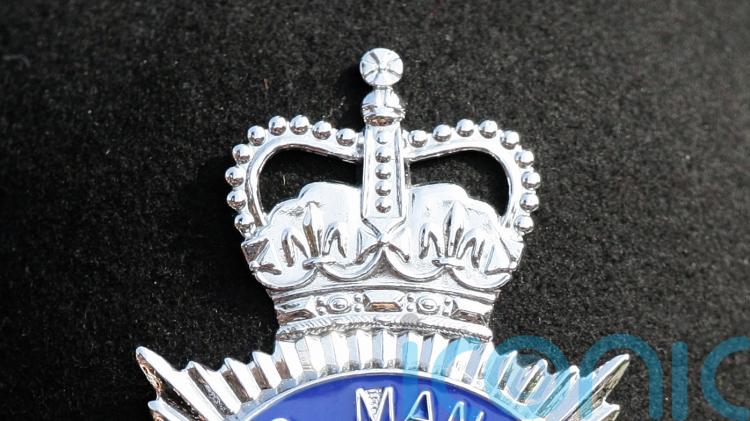