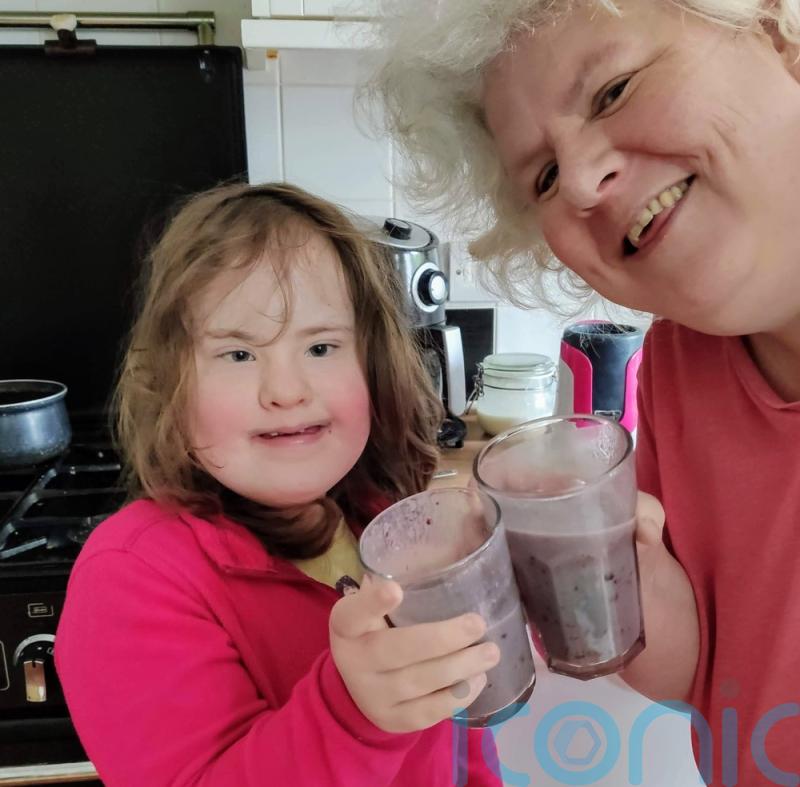 A devoted mum whose daughter has Down’s syndrome and was left with PTSD following years of treatment for everything from a heart condition to leukaemia has praised a very special charity for making her smile.

Little Ciara Foley, 11, is one of 350 people invited to a grand summer party in Coram’s Fields in north London tomorrow by Spread a Smile, which supports critically and terminally ill children in hospital by providing everything from therapy dogs to art classes, fairies and magicians.

Ciara’s former probation officer mum Deborah Foley, 53, who lives with her daughter and her partner Niamh O’Donoghue, 58, a teaching assistant, in Lewisham, south east London, says the charity was a godsend during the Covid lockdowns when they provided her with weekly Zoom magic and fairy shows,  giving her welcome respite from her anxiety. 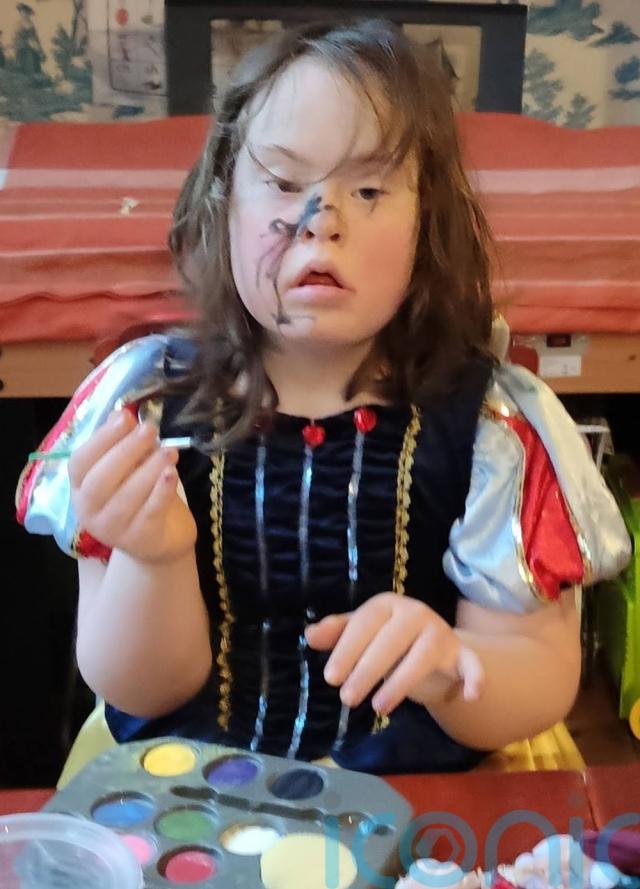 Recalling how difficult it was for Ciara to understand why she was enduring intensive treatment after she was diagnosed with leukaemia, aged five, Deborah said: “Due to her Down’s Syndrome, there was just no way to explain to her what was going on.

“It would have been hard enough for any child, but we found it impossible [to help her understand what was happening.

“She’d just sit and rock in bed. It was horribly traumatising. As far as she was concerned, the doctors were just making her poorly. That’s why she developed what we believe to be post traumatic stress disorder (PTSD) from all the treatment.”

Deborah discovered Ciara had Down’s – a condition where babies are born with an extra chromosome, causing a level of learning disability and often meaning they have a congenital heart defect – while she was pregnant.

She said: “I was 41, so a bit older. We were aware she had the condition but decided to go ahead with the pregnancy. We knew she could have a wonderful life and weren’t concerned.”

Deborah says her little girl sailed through surgery at 18 months old to correct a heart issue related to her condition and started mainstream school. 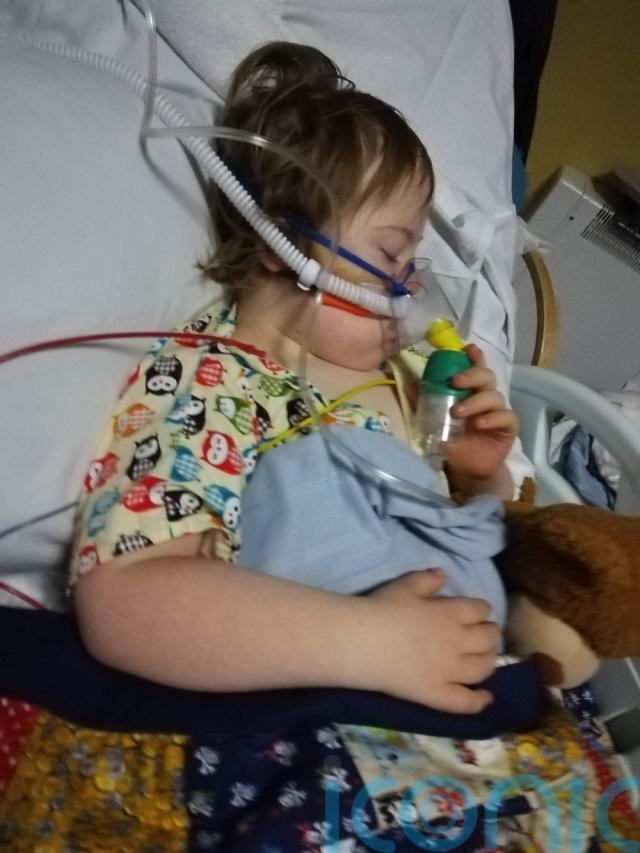 But, when she was in year one, Ciara suddenly developed a limp.

Deborah said: “She was five when she started limping.

“Doctors didn’t know what it was for ages, but then she stopped being able to walk or use her arms and kept getting infections.” 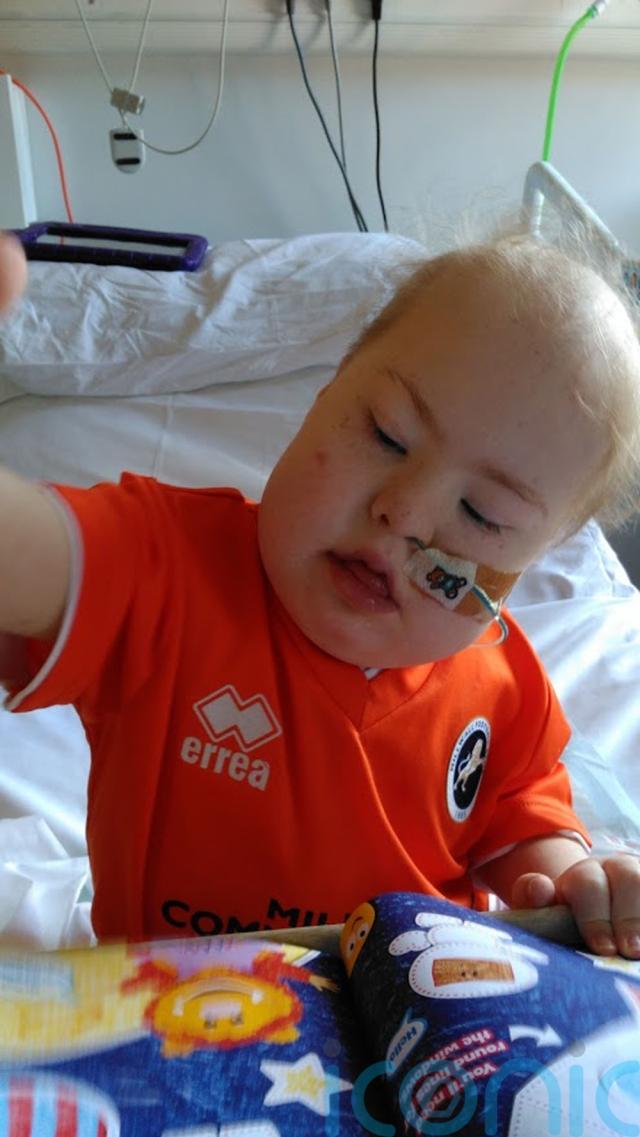 She added: “They did all sorts of things – opened up her hip and drilled into her arm. Eventually, about two months later, they found out she had leukaemia in January 2015.”

While people with Down’s syndrome are at increased risk of developing certain types of leukaemia, or blood cancer, Deborah says Ciara’s cancer is thought to have been “just bad luck.”

But the treatment was gruelling, with her needing intensive chemotherapy and steroids for two years, as well as being prescribed morphine and ketamine for the pain. 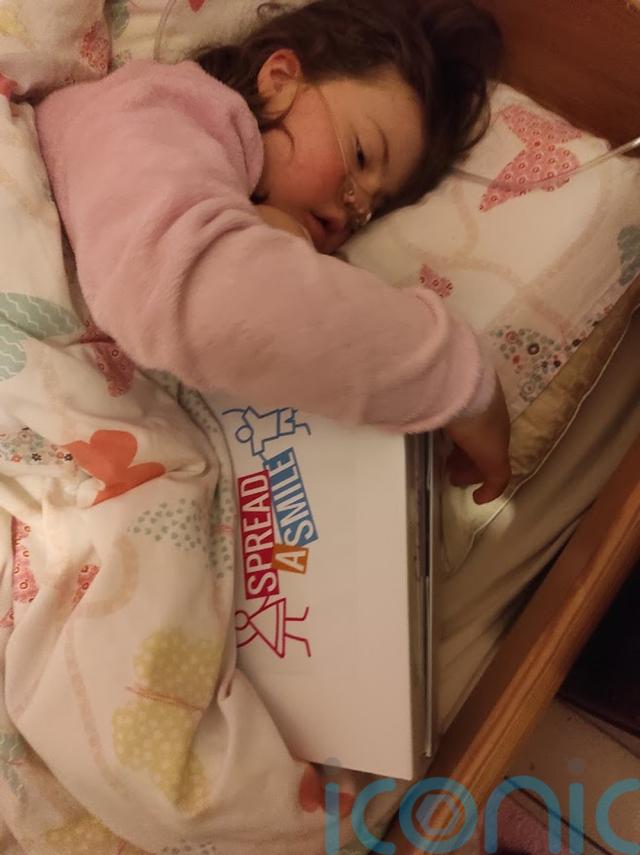 When Ciara returned to school after three years off, except for the odd day,  Deborah said: “She had to leave eventually as she’d fallen so far behind.

“She was also very swollen because of the steroids and lost all her hair.

“The other children didn’t intend to be mean, but she was so different to them, it was all too much.” 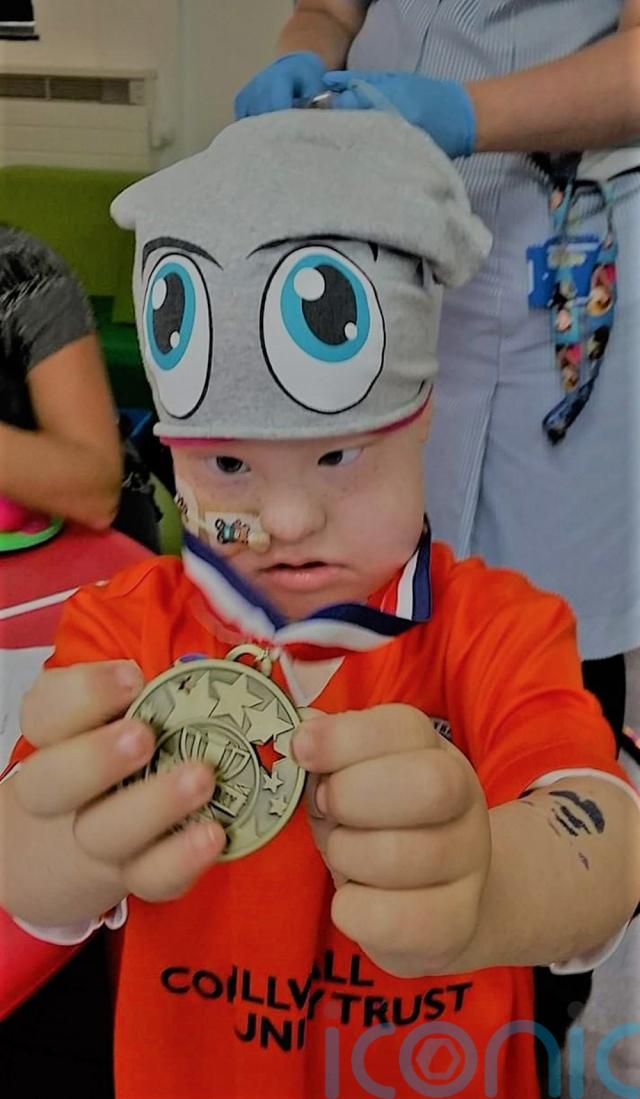 She added: “The Down’s syndrome was never a problem. It was the cancer that caused real problems.”

After coming off treatment  in 2019, Ciara was left with several health issues  – including a deformed hip bone due to a lack of blood flow, adrenal insufficiency and  muscle wastage. Incredibly anxious, her mum also believes she had PTSD from her time in hospital.

The poor mite, who had by then left her school, was really suffering as the first lockdowns hit, but her mood was substantially lifted by the family’s very welcome introduction to Spread a Smile. 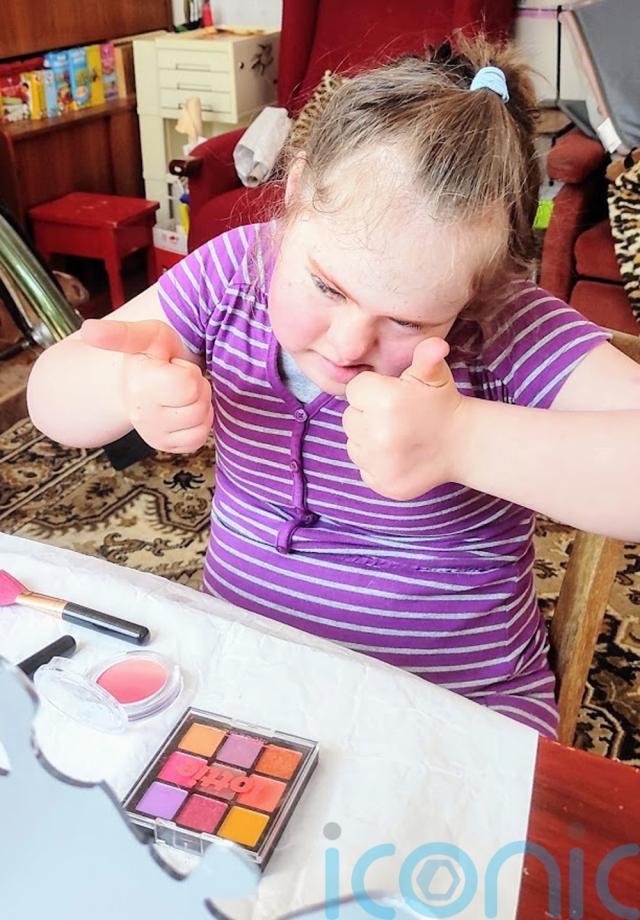 With Ciara now eagerly awaiting the charity’s first summer party in three years tomorrow, Deborah said: “Spread a Smile means so much to all of us.

“Ciara is so excited and it’s amazing to see her forget her worries.”

The proud mum, who remembers how Ciara loved watching Shakespeare shows on CBeebies in hospital and even doing her own make-up and creating costumes, says Spread a Smile’s zoom magic shows were a joy for her daughter. 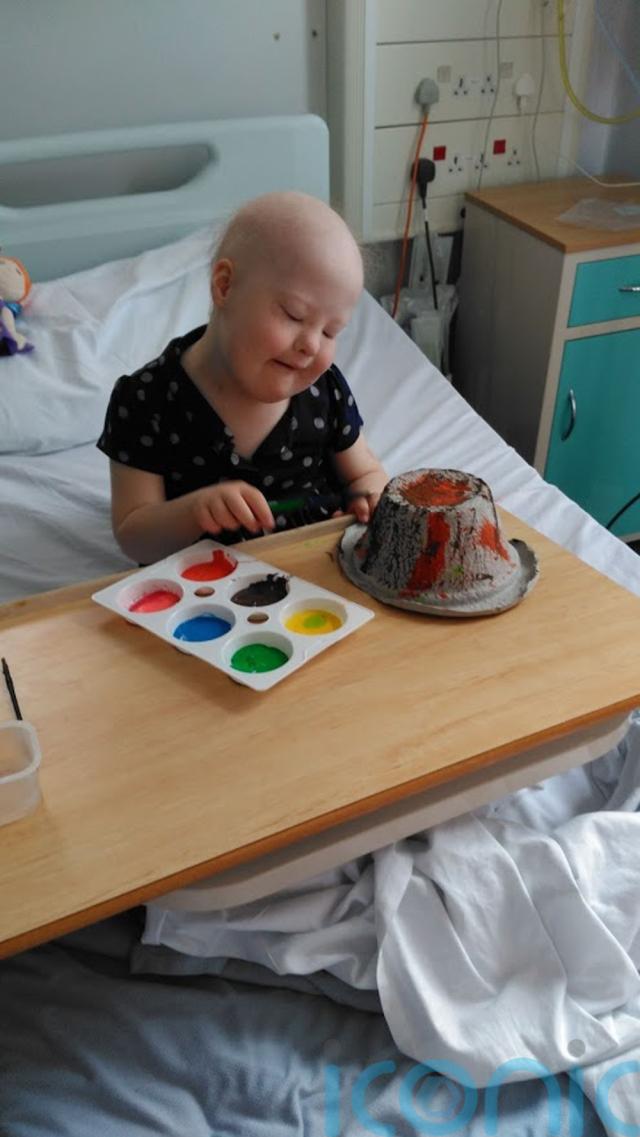 She said: “The zoom shows allowed her to really be a part of something.

“I wasn’t sure if the magic would go over her head, but the magician was so silly with his little puppet that she absolutely loved it.

“It didn’t matter whether she was in hospital or at home, most weeks she could get on to the Zoom link and enjoy it. She laughed her head off.” 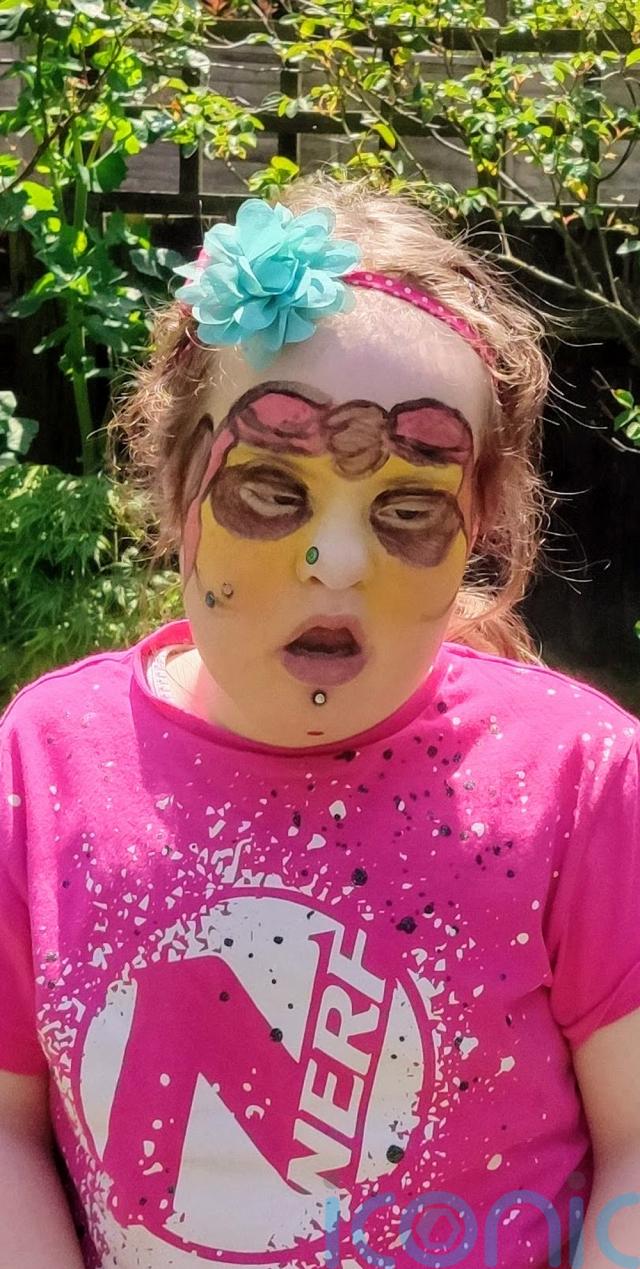 The family then began to take part in art classes with the charity online, had phone calls with Santa at Christmas and virtual make-up sessions.

And tomorrow Ciara will meet some of her new friends from her Zoom community in person for the first time. 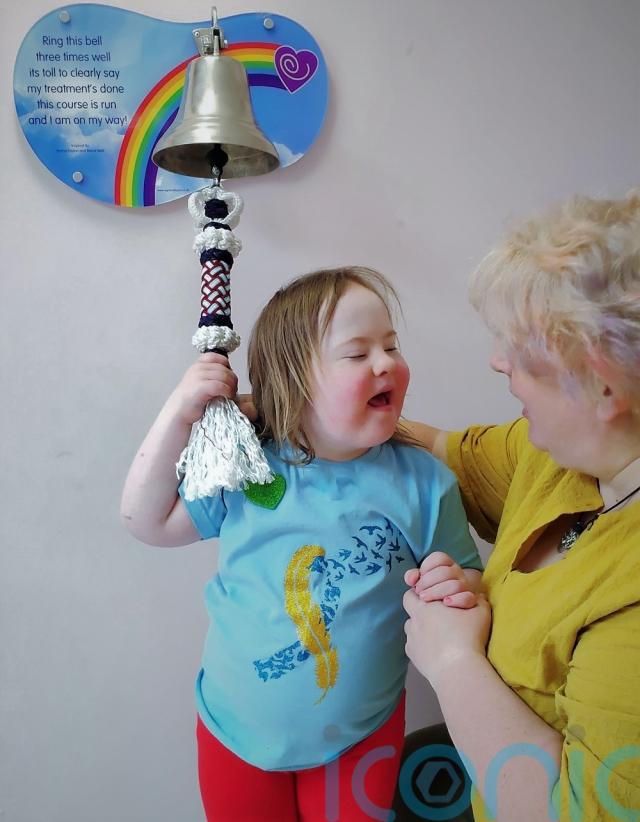 Deborah said: “We’re so looking forward to it. Ciara hasn’t seen anyone face to face. The magician and the fairies are like stars to her.

“To look at her now, people don’t realise what she’s been through, but there’s so much she can’t do as a result of her cancer treatment.

“She can’t run, can’t climb. It’s really nice to have the charity recognise all she’s been through and offer her some real respite from it all.” 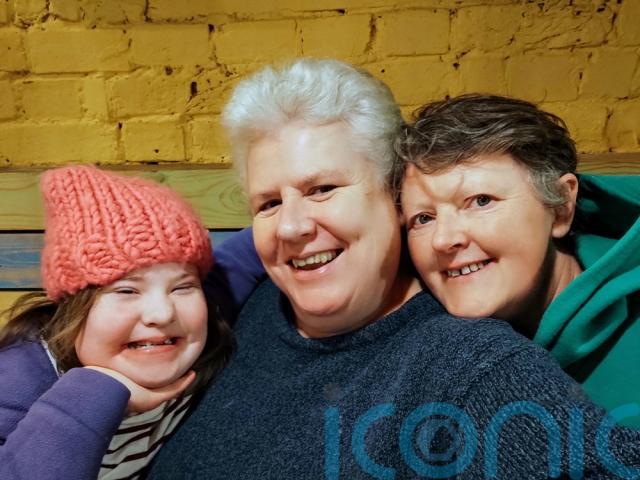 She added: “Before all this, if I’ had to take Ciara into hospital she’d ask, ‘Why me again?’

“Now, through Spread a Smile, she’s able to see other children who are also sick and knows she’s not alone.”