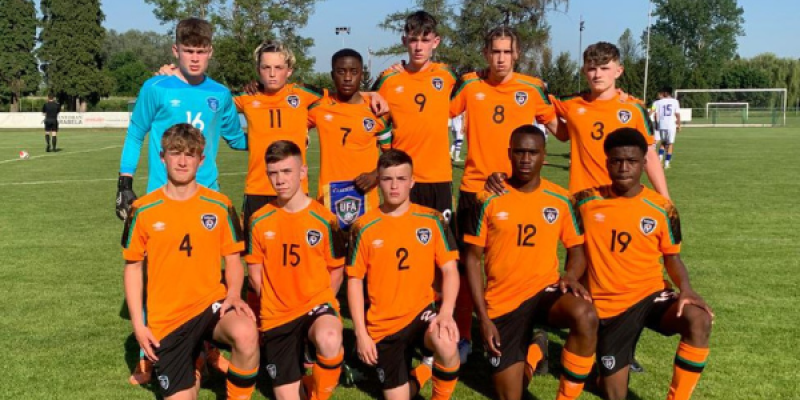 Luke O’Donnell has had a busy few days with the Republic of Ireland Under-15s - and they have a play-off on Sunday to determine where they finish at the Vlatko Markovic Tournament in Croatia.

The Derry City midfielder, who is from Buncrana, has featured in each of Ireland’s first three games.

In Thursday’s opener, O’Donnell was a half-time substitute as the Boys in Green drew 0-0 with Montenegro.

On Friday, O’Donnell played the opening 67 minutes as Ireland hammered Uzbekistan 6-0 in Ludbreg.

Goals on their full Ireland debuts for Matthew Murray and Charlie Hamilton got Ireland on their way before Bez Agbontaen made it 3-0 before half time.

Two goals from Darragh Marshall and another from Christian Donlon-Goncalves gave Jason Donohue's side an impressive victory in their second game in two days.

On Saturday, Ireland were beaten 2-1 by Croatia with O’Donnell coming on as a 71st minute substitute.

Ike Orazi had given Ireland an early lead but an equaliser by Lovo Chelfi and a late winner from Duje Matic were enough to turn the game around.

Ireland will face a play-off on Sunday to determine their place in the tournament.