Here's how all the All-County Football Leagues are shaping up

With the draw for the championship made earlier this week, there is plenty to play for in the latter stages of the leagues over the coming weeks 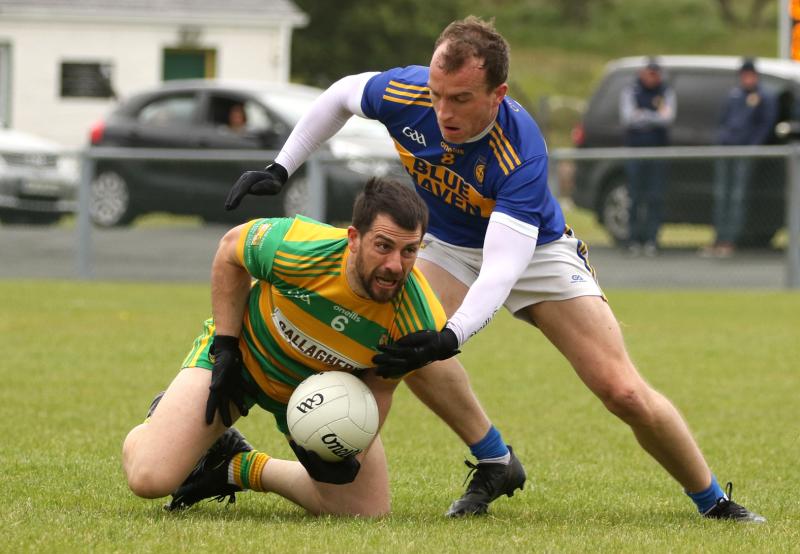 The All-County Leagues in Donegal are reaching the final stages over the next few weeks and clubs are fighting battles on promotion and relegation, while in the top flight three familiar names are challenging for top honours and the Democrat Cup.

Division 1
It is no surprise that the three main contenders for Division 1 honours are St Eunan's, Naomh Conaill (the holders) and Kilcar. Aodh Ruadh are also in the mix but look set to finish possibly a point adrift.

As it stands St Eunan's head the table a point ahead of Kilcar with the same number of games while Naomh Conaill and Aodh Ruadh are two behind. However, Naomh Conaill have a game in hand - they have three games to play while the other three have just two games left.

Naomh Conaill's only defeat so far in the league was against Kilcar a few weeks ago, their first league defeat in a number of years. As always, a draw or a defeat could throw predictions under the bus.

There is just as much interest at the bottom of Division 1 where two teams will be automatically relegated and the third and fourth from bottom will play-off for the honour of staying in Division 1.

Termon are gone after losing their 10th match in-a-row in Killybegs last weekend. Who will join them? Ardara are in grave danger on five points while Glenswilly and Killybegs are just a point better off. St Michael's, Bundoran and Cloughaneely are also still in the mix.

There are a number of fixtures which will see these teams in the relegation battle meet in the next couple of weeks with Ardara away to Cloughaneely this weekend and they also have Glenswilly at home. With Paddy McGrath suffering a recurrence of a hamstring injury against Kilcar last weekend, the Pearse Park side look in real danger. 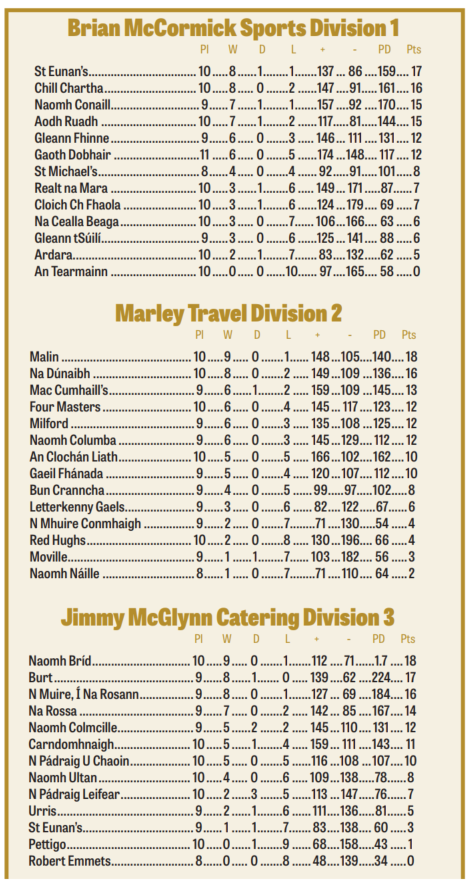 Division 2
Division 2 of the All-County League looks very similar to Division 1 at the top with three clubs vying for the title and the all-important carrot of promotion. Malin top the division having won nine of their 10 games while the form team at the moment are Na Dunaibh, who have won eight on the trot, having lost their opening two.

MacCumhaill's are the other team in the mix although mathematically Milford, Naomh Columba and to a lesser extent Four Masters are still there with the first two having a game in hand. 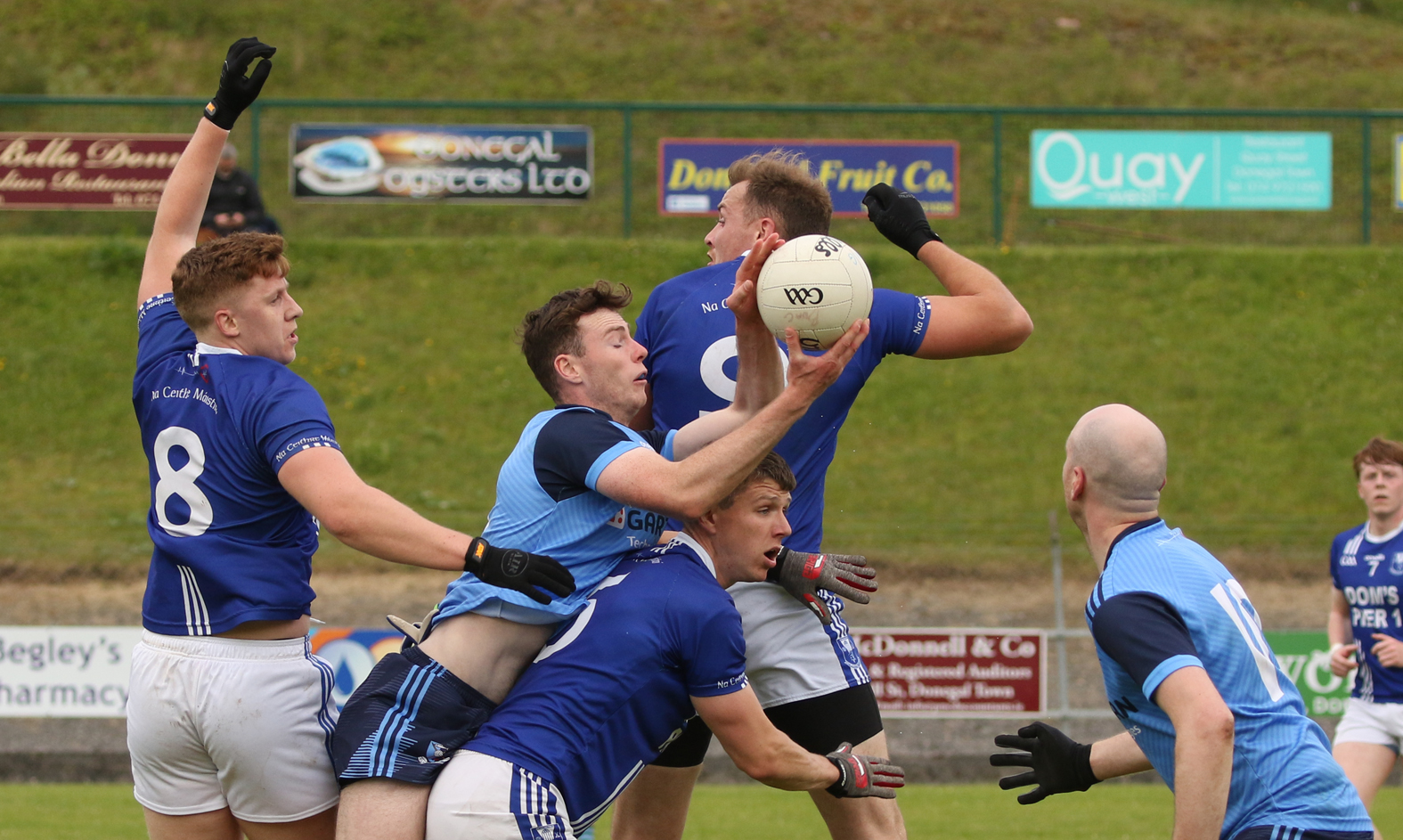 MacCumhaill's also have a game in hand, but need the top two to drop a point to get in contention for league final. It looks likely that Malin and Na Dunaibh will be promoted with MacCumhaill's staying in the race until the end. And they could clinch the third promotion place in a play-off.

At the bottom St Naul's, despite having four games to play, look in grave danger. Three of their games are away from home, starting this weekend with top side Malin. It has been a poor season for the Parish of Inver side, who reached the senior championship quarter-final last year.

They have Brendan McCole back but Peadar Mogan has gone to the US for the next month or so. It looks like it would take a miracle for them to survive. The other sides to face the drop will come from Moville, Red Hugh's, St Mary's, Convoy and Letterkenny Gaels. 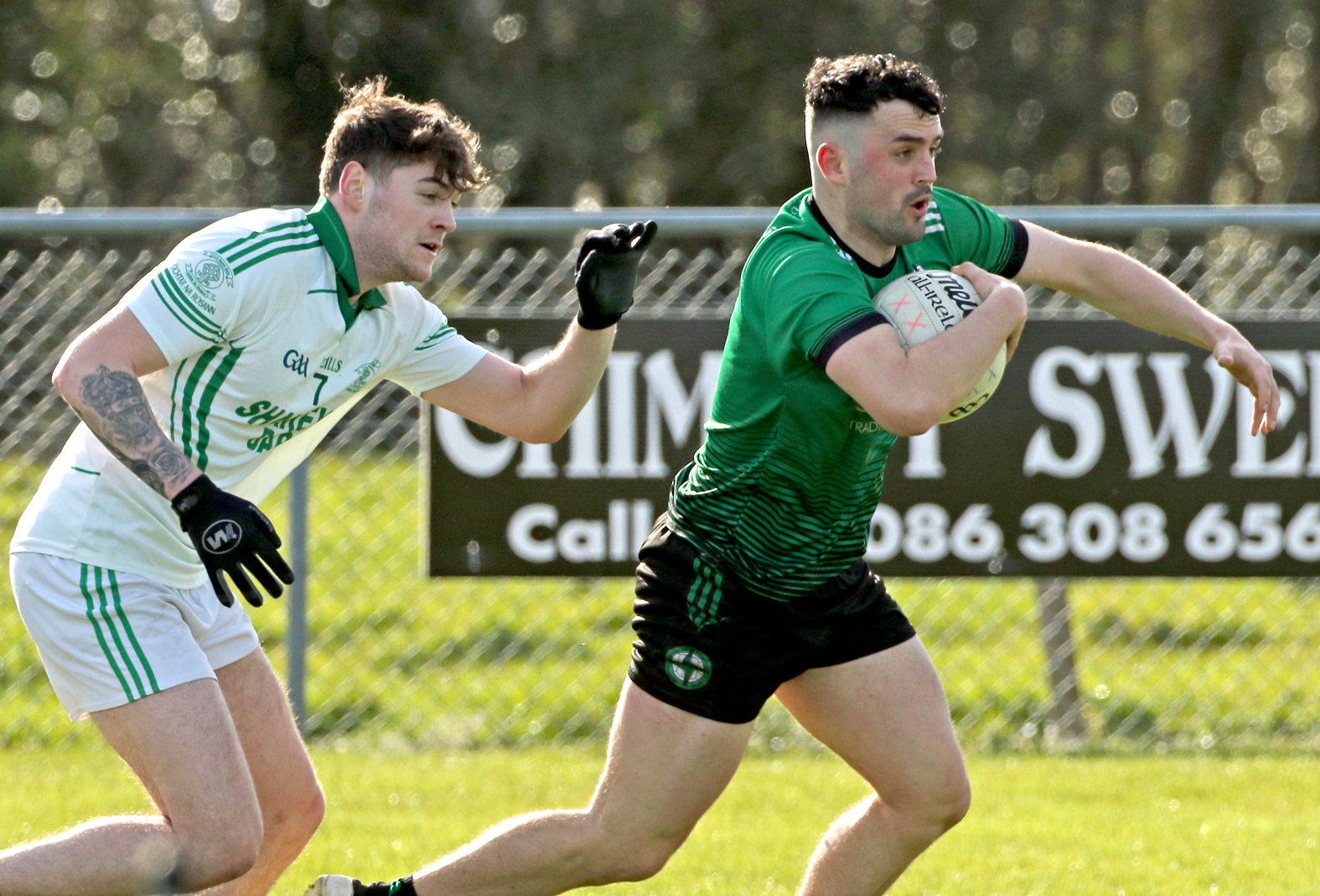 Division 3
The top of Division 3, just like the other two divisions, looks like a three horse race. Naomh Brid, with 10 games played, sit on top with 18 points, while Burt are a point behind and Naomh Muire, Lower Rosses a further point adrift.

Burt and Naomh Muire have a game in hand but they meet this weekend in Burt, which could be a defining game. Burt also travel to Naomh Brid on July 10 in what could also be a crunch game. Na Rossa, on 14 points, are not out of the equation, but the finish line might come too soon for them. Depending on results there could be a promotion play-off between Na Rossa and Naomh Muire which would generate plenty of local interest.