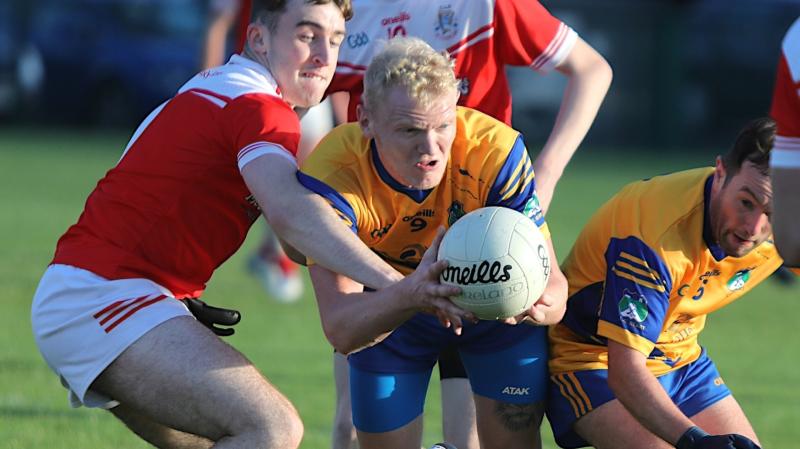 Calvin Gallagher top-scored for the men from Hibernian Park, with four points while Darragh Brogan hit three for Naomh Bríd. There was little between the sides in the first half as they went in level at 0-5 each at half-time.

And no one at the break foresaw the way the game would pan out in the second half as Burt went on to tag on four more points while Naomh Brid failed to register a single score.

Naomh Bríd, who were promoted to Division 2 alongside Burt, had appeals for a penalty turned down in the second half when Brogan seemed to be fouled. And they had claims for a late  goal waved away by the referee. Burt finished the game with 14 after full-back Tom Doherty was sent off following a late scuffle.

All is not lost for Naomh Brid they have one more crack at survival . They will now face St Mary’s, Convoy, in the relegation final to determine who will make the drop to junior football for next season. St Mary’s went down to Malin in their relegation semi-final also played on Saturday.