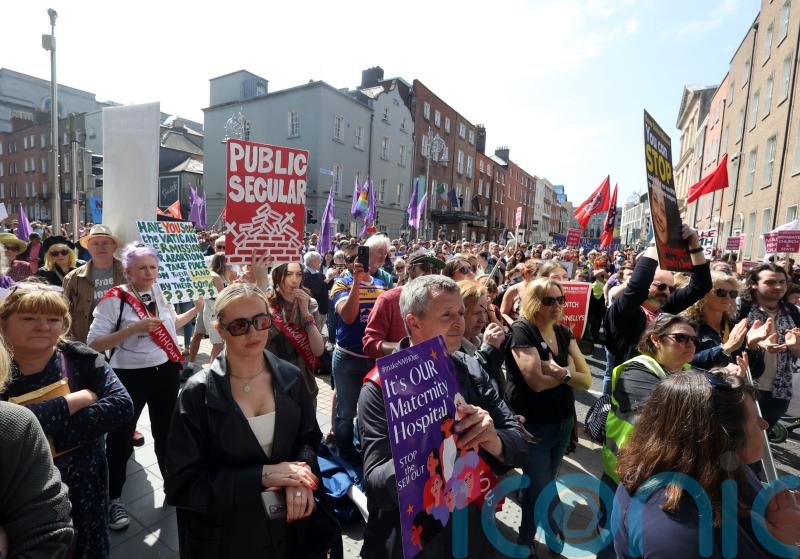 Hundreds of protesters have called on the Government to ensure the site of Ireland’s new National Maternity Hospital is fully publicly owned.

The demonstration outside the Dail on Saturday afternoon was held amid the ongoing controversy over the ownership and governance arrangements at the proposed location for the hospital.

The National Maternity Hospital (NMH) is currently located at Holles Street in Dublin city centre in a 130-year-old building that has been deemed no longer fit for purpose.

The new hospital is set to be co-located alongside St Vincent’s Hospital in the south of the city, but the previous ownership of the site by the Religious Sisters of Charity has led to concerns from some about the potential influence of a Catholic ethos within the new hospital and whether that would be compatible with the provision of services such as elective abortion. 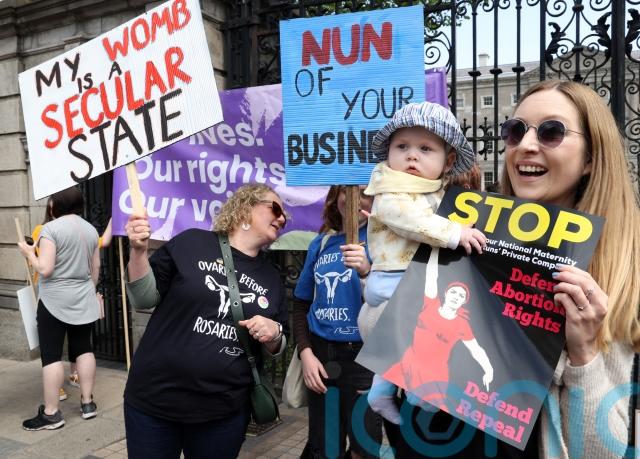 As it stands, the NMH deal provides for the Government to lease the land from St Vincent’s for 299 years at 10 euro per year, which the Government has argued effectively amounts to ownership.

Last month, the cabinet delayed a final decision to approve the plan as it moved to address the contention.

Ministers are expected to take a decision on Tuesday amid growing expectation that they will sign it off.

Taoiseach Micheal Martin has insisted that any procedure that is legal in Ireland has to be provided at the new hospital.

However, there has been particular contention around the meaning of the phrase “clinically appropriate” in the part of the new hospital’s constitution that sets out what procedures will be carried out there. 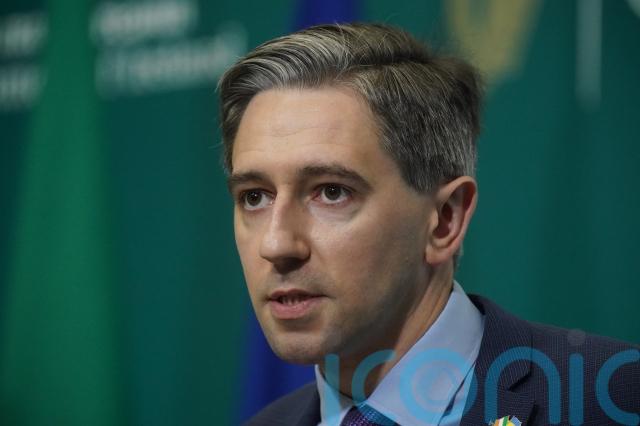 On Saturday, Further and Higher Education Minister Simon Harris said the Government should move to provide clarity on the phrase, potentially in the form of a legal codicil detailing exactly what procedures would be undertaken.

“Any additional clarifications or assurances the Government can provide, when making a decision on Tuesday, would be welcomed by many,” he told RTE.

“I think people want to know that all lawful services will be provided to women in the new maternity hospital and that the will of the woman is respected fully,” she said.

Speaking after a meeting of her party’s ruling council (ard chomhairle) on Saturday, Ms McDonald said the issue of ownership remained outstanding.

“That is still a very, very vexed question,” she said.

The opposition leader said the Government should press for a “clean transfer” of the site into state ownership. 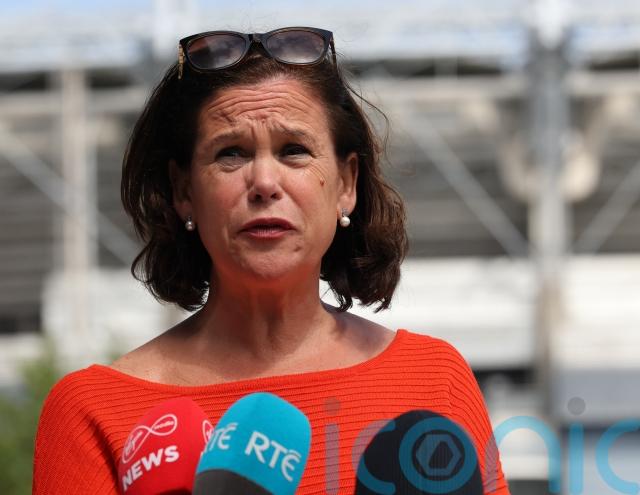 The National Women’s Council was among groups that took part in Saturday’s protest at the Dail.

Orla O’Connor, director of the council, said: “We know that the majority of the public is not happy with the current proposals around the National Maternity Hospital.

“Women must be able to trust in the independence of their maternity hospital, and know that all of the legally available reproductive services are available to them.