Man ‘in good spirits’ after rescue from Mayo sea cave

A man has been described as “in good spirits” after being rescued from a sea cave in Co Mayo.

It was reported that the man and a second person got into difficulty on Saturday evening.

The Ballyglass RNLI Lifeboat was launched to the scene at around 5.50pm.

On Sunday evening, almost 24 hours after the incident began, the trapped man was brought to safety after a multi-agency rescue effort.

The man was airlifted to Sligo University Hospital by the Coast Guard helicopter Rescue 118, and is said “to be well and in good spirits”. 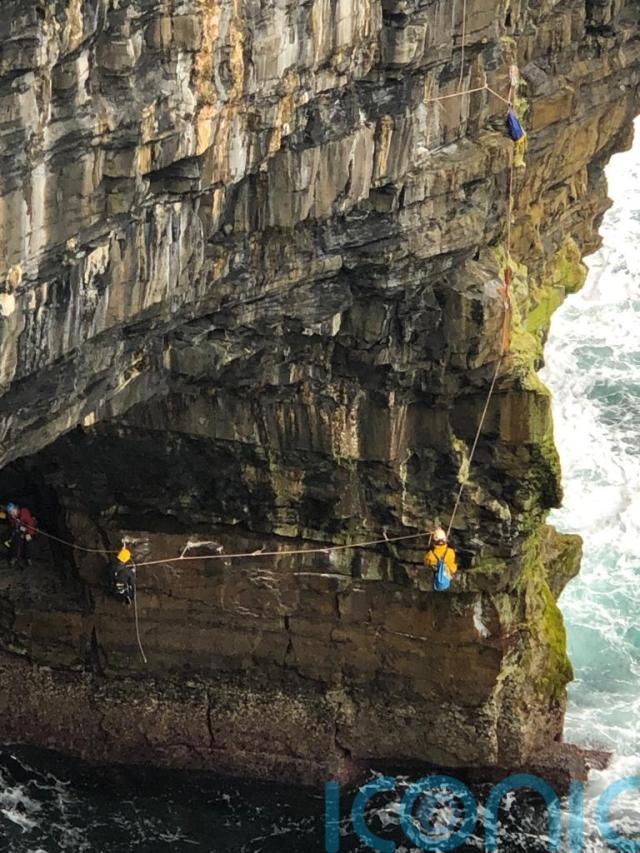 The man was rescued by the Irish Cave Rescue Organisation, supported by four Coast Guard units from Killala, Ballyglass, Killybegs, and Achill, as well as the Ballyglass RNLI Lifeboat.

Agatha Hurst, of Ballyglass RNLI Lifeboat, told local radio station Mid West Radio that its volunteer crew had been at the scene since Saturday evening.

She said the crew had remained “in constant contact” with the man during the incident, shining a light in towards him and communicating with him.

She said that it had been “a huge, big operation with many different entities coming together between the Coast Guard, the Gardai, civil rescue, and of course Ballyglass RNLI”, in order to rescue the man.

The National Ambulance Service, the Civil Defence, the County Fire Service and Gardai, including the Gardai Water Unit, were also at the scene.

“The Coast Guard would like to take this opportunity to recognise the professionalism and dedication of those involved in the successful operation and in particular the team from Irish Cave Rescue Organisation,” the Department of Transport said as the rescue effort concluded.