Fun for all the family on Kildare's doorstep; Kaleidoscope festival preview 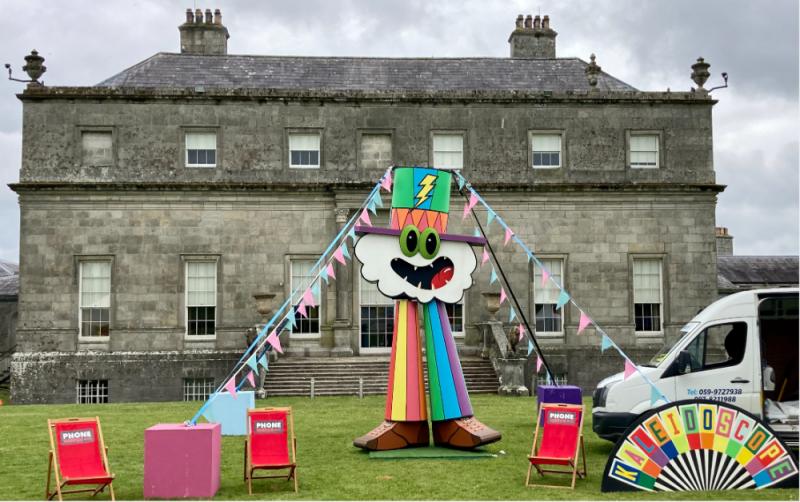 Fun for all the family on Kildare's doorstep; Kaleidoscope festival preview

Kaleidoscope festival launched a preview event today for their upcoming event, located in Russborough House, in Wicklow but on Kildare’s doorstep. Kaleidoscope has built a three-day festival (June 24-26) centred around the idea of fun for all the family, an often used description but one rarely delivered upon. But as I walked across the vast venue and noticed a craft cocktail bar adjacent to a sign for ziplining I thought maybe these guys have that balance figured out.

Today’s preview event was designed to give people a taste of what is planned for the busy weekend ahead. I have been to Russborough house before and knew vaguely how big it was but I was still staggered how many attractions, tents and rides were being put together ahead of the three days.

Kaleidoscope director Richard Seabrooke said, “The original idea I brought forward for this was that having been to family-friendly festivals it always feels like a compromise for someone, be that the kids or the parents. Kaleidoscope was built from the ground up as something for all the family or group of friends of any age to come along to.”

My first visit was to the Kaleidoscope cafe, available for pre-booking on the weekend but what a great way to start your day (and mine). 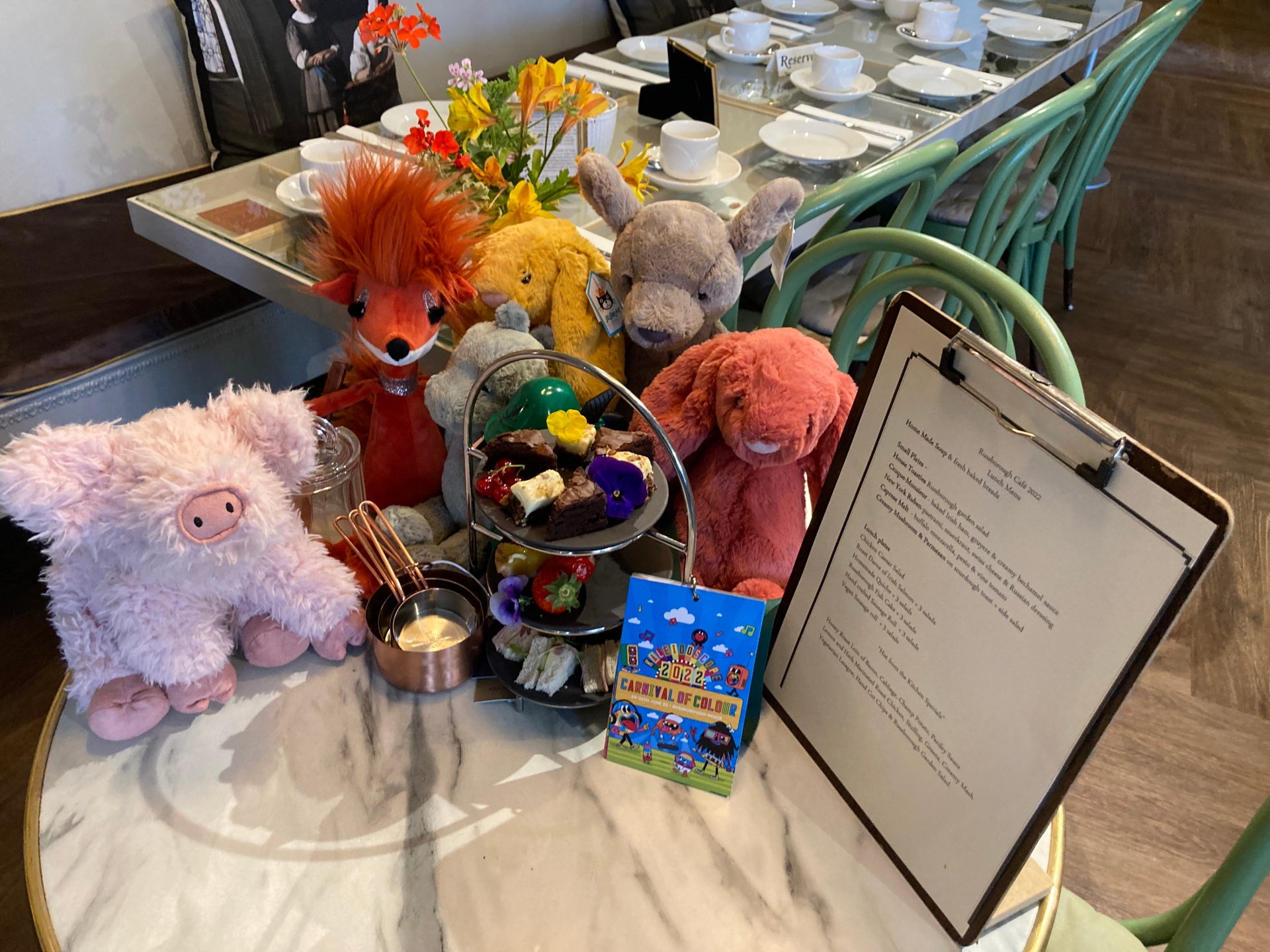 Teddies and treats with plenty more of both to come

Stomach filled with tea and pastries I strolled over to meet Mark the Scientist in the walled gardens who was demonstrating some of the many experiments that he will be doing across the weekend with children of all ages. 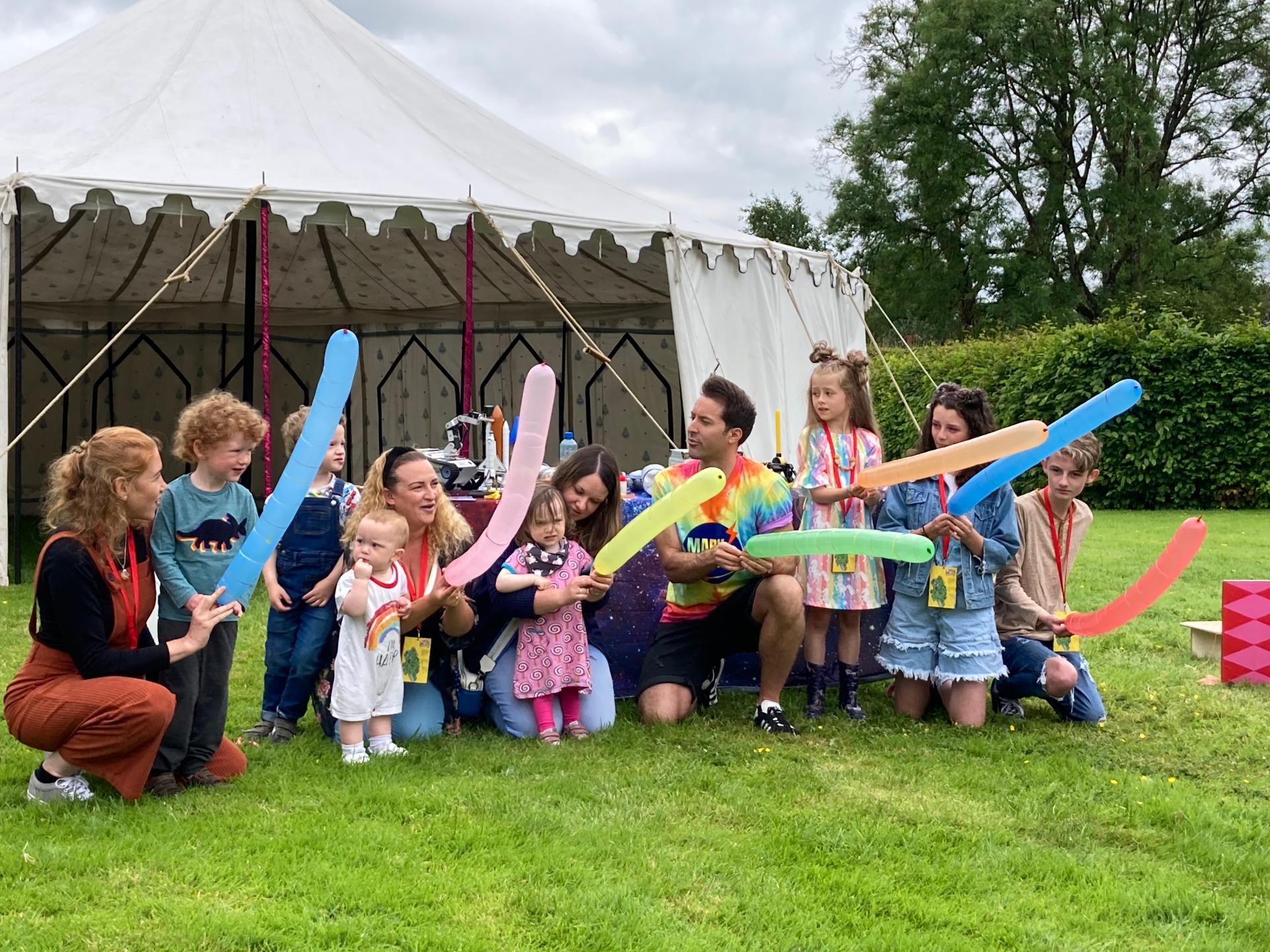 Mark and his trusty rocket scientists ready for launch

After Mark launched the festival week alongside his team we visited the mainstage where a host of acts will play across the weekend. The press got a sneak preview of one of the main performers Tim Chadwick who played two songs for what was a pitiful crowd compared to the one he will entertain this Saturday. A supremely talented artist who described his songs as “sad bangers” and after hearing him sing, someone I would be shocked not to hear from again going forward.

There is a wide range of things across the three days for all ages and interests. Music, sport, competitions, arts and crafts, cocktails, BBQ, food, maybe more cocktails and plenty more so this might be one weekend that IS for all the family.