The great republican jailbreak of August 1922 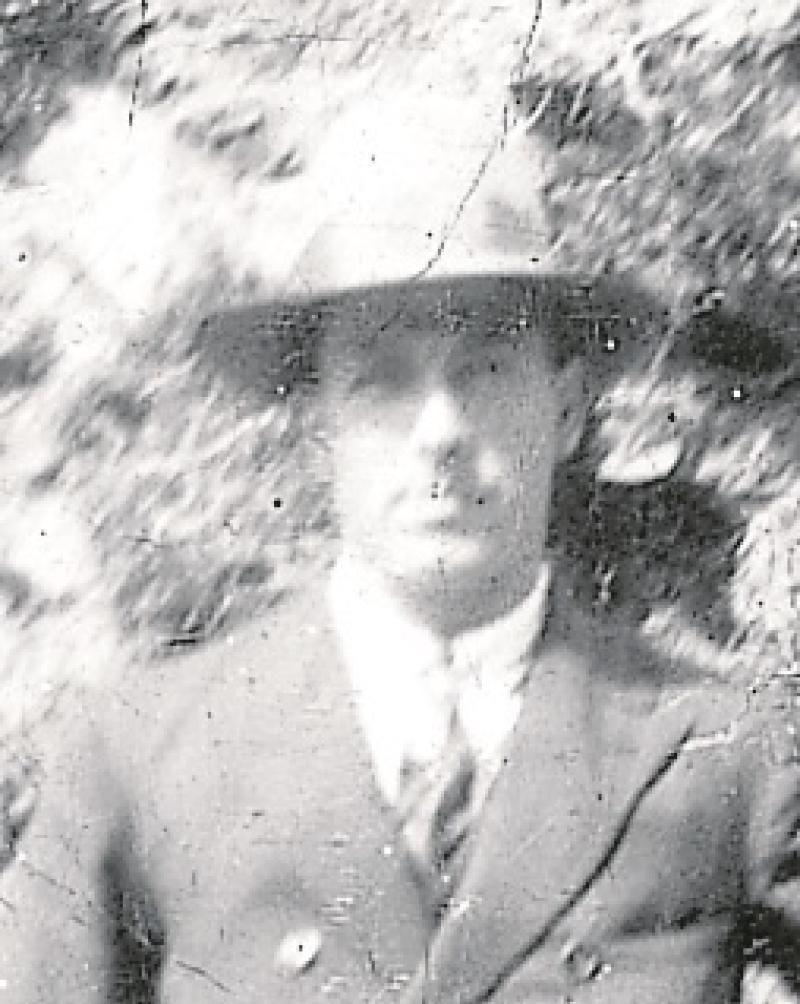 During the Civil War Dundalk Jail, Co Louth, was a holding centre for captured anti-Treaty republicans. Many republicans from Co Kildare were detained there in the military barracks and the town jail.

Raids in and around Celbridge in July had picked up much of the local anti-Treaty leadership, while on August 3, 1922, an active republican column led by Jim Dunne was surrounded and captured at Devonshire Bridge, near Kill. All these men were conveyed to Dundalk and jailed there.

At around 4am on the morning of August 14, 1922, over 200 anti-Treaty republican troops, under the command of Frank Aiken, attacked the town of Dundalk. Four mines exploded simultaneously around the military barracks — at the barrack gate, the barrack hospital, the officers’ quarters, the headquarters building and the guardroom. Another mine at the main gate failed to go off. Three National Army soldiers were killed instantly and 15 wounded.

Todd Andrews, a young officer from anti-Treaty IRA headquarters in Dublin, who took part in the attack, described it ‘as the most spectacularly efficient operation carried out by the IRA’. In 15 minutes, the well-timed action resulted in the capture of the entire town and its garrison of 300 men.

Around 300 republican prisoners, including 88 from Co Kildare, were released from the military barracks and the town jail. In total, five national soldiers and two republicans died in the fighting. About 400 rifles, two 18-pounder guns and a huge amount of ammunition and stores was also captured by Aiken’s men.

After a hasty breakfast at the barracks, the Kildare prisoners set out for home. Most of them, however, were re-captured near the village of Skreen, Co Meath, by a strong force of National troops. Jim Dunne, from Kill, took command of about 60 men from Kildare, and set out for the short grass county.

Michael O’Neill, of Weston Park, Leixlip, led another group of 20 men back to Kildare.

In his witness statement to the Bureau of Military History, Jim Dunne said:

“I took charge of 6o men from Kildare. We were armed with 30 rifles and some explosives, etc. We then entrained with about 150 men from other areas to Dunleer, Co Louth, and were instructed to blow up the railway bridge. This was carried out by P Magee. Todd Andrews from Dublin HQ was in charge at Dunleer. He instructed me to cut across country for Kildare as best I could. Mick O’Neill of Celbridge, North Kildare Battalion, 1st Meath Brigade, had charge of another column of 20 men from that area and took another direction home.

“After travelling two days, mostly without food or sleep, we were surrounded by 500 Free State troops at Skreen, Co Meath. After a fight lasting from 6pm to 10.30pm, I managed to break through the enemy ring with 20 men and rifles, and after travelling about five miles we put up at a farmhouse owned by two brothers named Duffy who lived near Fairyhouse Racecourse.

“We had our clothes dried, as it had rained all night and we were wet through. They also provided us with hot drinks and food. When we had got through the enemy ring, I had left a rearguard of 10 men to hold back enemy troops. Those men were under the command of Patk Magee, our engineer and officer of Kill Company. Other men I can remember with him were Peter Mills, Kill, Jim Collins, Kilcullen, Jim O’Keeffe, Kilcock. I can’t remember the names of the others.

“Each man of the rearguard had been provided with 250 rounds of ammunition and was armed with a rifle. When they surrendered at 10.30pm, they had only seven rounds of ammunition left and the rifles were jammed and red hot. The Dublin Guards who had been attacking them had lost three men killed and several wounded. None of our men was wounded.

“The prisoners were lined up by the Dublin Guards to be shot, when the officer in charge of the Guards, Comdt Stapleton, arrived on the scene. He congratulated our men on the fight they had put up and accorded them good treatment. My column, after two days forced march, arrived back in Kill area, where we had to rest for a week. I got in touch with the Brigade O/C, P Brennan, and reformed the column.”

Most of the 88 men freed from Dundalk were quickly recaptured, but 24 remained at large throughout the Civil War. Domhnall Ua Buachalla hid out in Dublin and was only re-arrested when he put himself forward for election in August 1923.

Seven of the men recaptured escaped again from Newbridge Barracks in the mass breakout on 14/15 October 1922. They were: Laurence Connolly, Alfred Magan, Michael Murphy, all of Celbridge; Kilcock brothers Jim and Patrick O’Keeffe; and Naas men Jack Rafferty and Jimmy Whyte.

Many of the recaptured Kildaremen were considered too dangerous to be released even after the ending of the Civil War in May 1923 and some were held in custody until mid-1924.

County footballer Gus Fitzpatrick was not released until April 14, 1924. He played on the Kildare county team from 1926 and was one of the great team that won the All-Ireland title twice without changing the team in 1927 and 1928.

Four of the escapees, including Mick O’Neill, were active with the Mullaney Column in North Kildare and were recaptured at the Grangewilliam/Pike Bridge engagement in December 1922, in which one National soldier, Joseph Moran, from Naas, was killed.

Jim Dunne, who led a group home from Dundalk, continued his activities in Kildare after his return and was involved in many of the attacks against national forces in the Kill-Naas-Sallins area. Dunne remained ‘on the run’ long after the ending of the Civil War and did not return to his home until August 1924.

Kildare men comprised the highest figure by county to be freed on August 14, 1922. They were:

The release of 300 prisoners from Dundalk on August 14, 1922, is often referred to as the greatest escape of republicans during Ireland’s troubles. However, the men did not escape but rather were released by their republican rescuers.

It was from Newbridge Barracks that the greatest escape of republicans took place on the nights of October 14 and 15, 1922, when 112 prisoners escaped, of which 36 men were from Co Kildare — again the highest figure by county.

James Durney is a historian in the Local Studies, Genealogy and Archives section, Kildare Library and Arts Service.