Junior joy as Graig battle to the title 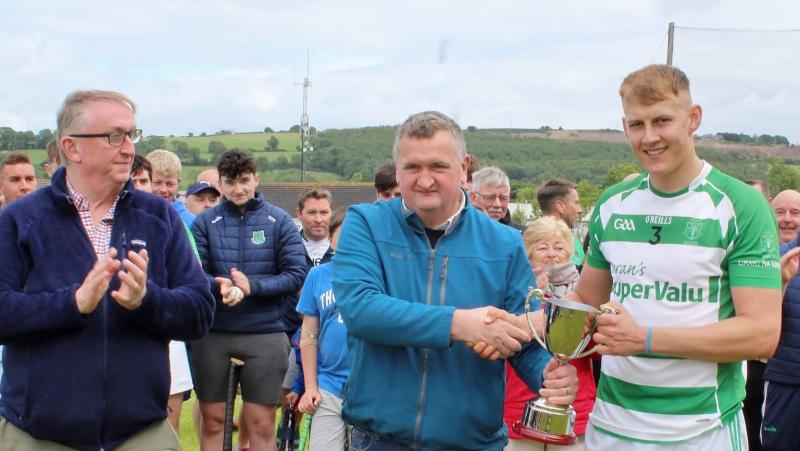 Graignamanagh had to battle hard to get the better of Piltown before getting their hands on the all-county junior hurling title.

Played in well-appointed Páirc na Seamróg, Pierce Blanchfield’s injury-time score secured a win for the Barrowsiders, dethroning the 2021 champs in the process.

Piltown, with the wind in the first half, were first to open the scoring when free-taker Ronan Ryan, pointed from a placed ball in the third minute. Niall Kinsella followed this up with a fine point, scooping up a breaking ball in the sixth minute.

Little over 60 seconds later, Graig hammered home an emphatic response. After winning the puckout Sean Walsh picked out Ted Dunne, who cut through the Piltown defence and buried the ball in the back of the net.

The Graig supporters were full of cheer, but had another reason to celebrate 90 seconds later. To the delight of his side’s followers, a crossfield pass from Michael Bolger was picked off by Ted Dunne, who duly raised his second green flag of the afternoon.

Shell-shocked by that double blast, Piltown worked hard to clear their heads. They duly recovered and tightened up their defence.

Helped by Robbie Tobin’s ability to win a number of the Graig puckouts, Tobin set up Ian Long for a lovely point in the 13th minute. He then put his name on the scoreboard when he split the posts in the 19th minute.

With the game in the 21st minute, Graig’s James Meaney, solid at centre back, won a Piltown puckout and quickly off-loaded to Richard Foley. Keeping the ball low because of the wind, Foley pointed with ease.

With a number of frees from Ronan Ryan and Pierce Blanchfield keeping the scoreboard ticking over, at half-time there was only a point between the sides (Piltown 0-7, Graignamanagh 2-2).

Graig’s Pierce Blanchfield opened the second half scoring right from throw-in. The wind was certainly a factor and Piltown used the short puck-out to work the ball up the field against the wind. Points from Sean O’Neill and Billy O’Callaghan meant the sides were level by the 32nd minute.

Graig’s Niall Hayden used the wind to his advantage when he sent the ball high over the bar from long range in the 39th minute, while Terry Dreelan added his name to the scoresheet when he broke away from his marker in the 42nd minute.

Another short puckout to Piltown fullback Kevin Walsh was worked up the field until it reached Martin Power. He made no mistake, finding his range to ensure the sides were level again.

Five minutes later, a ball into the corner from Ronan Ryan was gathered by Power, who quickly hand-passed it to Billy O’Callaghan.

Although he was quickly surrounded by a number of Graig defenders, O’Callaghan spotted Aaron Kinsella making a run up the right hand side and laid off a telling pass. His strike was unstoppable, screaming into the back of the net in the 50th minute.

With 10 minutes left on the clock both sides were all fired up as they battled for control of the game. Graig responded with a point from Ted Dunne and two Terry Dreelan, reducing the deficit to a point with three minutes to go.

Five minutes of injury-time were added and the Graig men defended superbly. They kept pressing for the scores that would turn the game their way and duly got them, as points from Seamus Kavanagh and Pierce Blanchfield late in injury-time secured a dramatic and hard-fought win by the narrowest of margins.