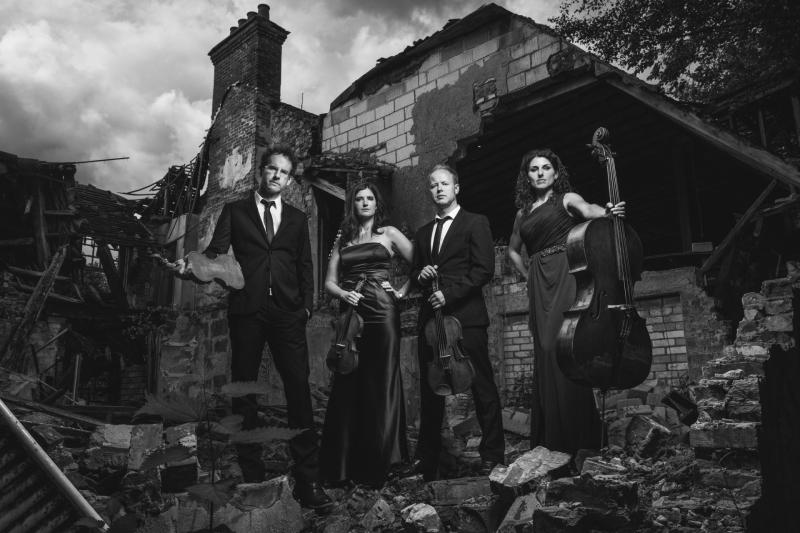 After two years of adapted festivals, Kilkenny Arts Festival Director Olga Barry has unveiled the 2022 programme designed to connect audiences once again with artists that invigorate, intrigue and inspire.

The festival runs for 11 days from August 4-14. Live music is back in force alongside exciting theatre, dance, opera and literary events which includes a number of festival commissions and co-productions. Over 11 days, more than 100 performances will take place in Kilkenny’s most iconic and beautiful spaces across the Marble City.

“It’s a real thrill to announce a full programme of events for the 49th Edition of Kilkenny Arts Festival," said Olga Barry.

"We’re very excited to welcome back full audiences to experience all these things we love about Kilkenny in August and looking forward to that special Marble City magic!”

Deirdre Gribbin’s new song cycle is premiered by Sharon Carty and ICO, while poet in residence Theo Dorgan and Colm Mac Con Iomaire bring their ambitious new bilingual work to the Watergate Theatre and Paula Meehan performs her response to Joyce’s Ulysses in the centenary year of its publication.

Audiences can look forward to a new production of Handel’s Semele with Opera Collective Ireland, directed by Patrick Mason and Rough Magic bring their special alchemy to the Parklands of Kilkenny Castle for a new production of Shakespeare’s The Tempest directed by Lynne Parker. Eszter Némethi’s Speak Like No One in Particular will challenge audiences to explore the ways in which we ‘other’ each other, and in Callan we get a peek at the development of The Local, a major new site-sensitive play from Asylum Productions, coming in 2023.

Irish National Opera returns to Kilkenny to premiere a virtual reality opera, Out of the Ordinary, directed by Jo Mangan; and Luke Murphy/Attic Projects see the River Nore become the stage for their new work, Slow Tide. Always a hit with Kilkenny audiences, thrilling aerialists Loosysmokes bring their new show In Rhythms to an atmospheric warehouse in Callan.

With Butler Gallery, Kilkenny Arts Festival presents a set of intriguing retrospective multimedia works from Kevin Atherton, and the Festival Gallery hosts an exhibition by the young artist Stephen Doyle whose work explores queer identity. Masha Gessen – who has written extensively on Russia, autocracy, LGBTQ+ rights, Vladimir Putin and Donald Trump, amongst others – delivers the 2022 Hubert Butler Lecture, and the Hubert Butler Essay Prize is presented mid-festival amidst an exciting line-up of talks and readings at the Parade Tower.

Ciara Sugrue, Head of Festivals at Fáilte Ireland said: “Fáilte Ireland is pleased to support this year’s Kilkenny Arts Festival as it returns at full scale to County Kilkenny. Festivals such as this are a brilliant opportunity for visitors to experience what Ireland’s arts, heritage and culture have to offer as well as the best of Kilkenny and Ireland’s Ancient East. Festivals and Events are a key component of Ireland’s tourism offering and they provide unique and compelling reasons for a visitor to choose a destination. They also have the ability to drive footfall for local businesses, supporting jobs and revenue generation. Festivals such as the Kilkenny Arts Festival play an important role in the recovery of the tourism sector for the county and its surrounding areas.”

Tickets are on sale now from kilkennyarts.ie

Some of the programme highlights in more detail:

The festival also includes performances from Clang Slayne, Toucan, and special performance of the music of Linda Buckley with Crash Ensemble Liam Byrne and Fiona Kelleher including the premiere of a new work comissioned by the KAF and Crash Ensemble.

The 2022 Kilkenny Arts Festival Poet-in-Residence will be Theo Dorgan. The centrepiece of this residency is an eagerly anticipated collaboration, specially commissioned by KAF, which sees Theo Dorgan joins forces with Colm Mac Con Iomaire for a thrilling new work, Ériu and Amergín, which transforms the story of how poetry in Ireland began. Written in English and Irish, the work is spoken by actors Aaron Monaghan and Bríd Ní Neachtain.

As part of the Ulysses 2.2 year-long celebration of the book where artists respond to one of the 18 episodes, explore Paula Meehan’s new poetry responding to episode 6 - an intimate performance in collaboration with master musician David Power.

Butler Gallery in partnership with Kilkenny Arts Festival welcomes Kevin Atherton. Known for performance and new media in cultural contexts, these three video installations and an object-based work all involve revisiting an older work and his ongoing interest in the relationship between the real and the imagined.

At the KAF Gallery in St Kieran’s College, Stephen Doyle explores issues of queer identity through the relationship between figuration and the politics of representation.

Kilkenny Arts Festival is grateful for the continued support from funders, particularly its principal funder, the Arts Council; Kilkenny County Council, as well as Fáilte Ireland.