Kilkenny SHL- Bench impact to the fore in Tullaroan win 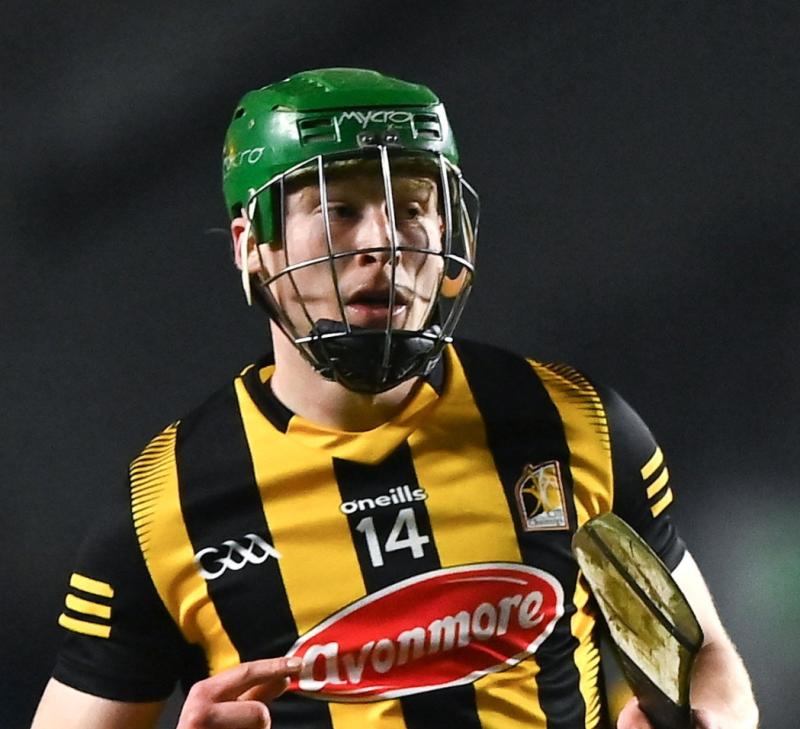 Tullaroan's Mossy Keoghan netted a crucial goal against Erins Own

A downpour prior to the match led to challenging underfoot conditions but it did not prevent Tullaroan finding the target on 18 occasions in damp muggy conditions in Freshford.

Erin’s Own started brightly with their opening four points coming from play thanks to Jamie Holohan (2) and one each for Darragh Brennan and Jack Buggy.

But despite their good play the sides were level three times in the opening 15 minutes thanks to Tullaroan scores from Shane Walsh (65), Bill Gaffney and Gearóid Dunne.

A point from Conor Fogarty put Erin’s Own a point up after 18 minutes but Mossy Keoghan burst through the heart of the Erin’s Own defence and forced a good save from Sean Buggy in the Castlecomer goals.

The resulting 65 was fumbled and Mossy Keoghan pounced to claim a decisive goal. It was quickly followed up by a point from Tomás Dunne.

Erin’s Own responded in a positive manner with two frees from Jack Buggy and a point by Conor Fogarty drawing Erin’s Own level at 1-5 to 0-8 after 27 minutes.

That was the last time the teams were level as Tullaroan finished the half strongest with three unanswered points. The first a long range free from Shane Walsh which was followed quickly by Dylan Simpson raising a white flag.

A good crossfield ball was won by Mossy Keoghan who found space to make it 1-8 to 0-8 at the interval.

The opening 15 minutes of the second half was tense and tight with both teams managing only two points each. After hard work in the corner Gearóid Dunne scored for Tullaroan only for Jack Buggy to slot over another free after a foul on Jamie Holohan.

The next 15 minutes changed the complexion of the game completely.

Pádraig Walsh exerted more influence on the game particularly going forward resulting in Tullaroan scoring 1-4 while Erin’s Own failed to find the target despite creating opportunities.

The game was effectively put to bed when substitute Jim Moore who was outnumbered by Erin’s Own defenders still managed to evade a few tackles and bury the ball in the net.

The score now was 2-14 to 0-10 with six minutes remaining and that was the cue for many raid sodden neutrals to head for the exit.

In the remaining minutes Erin’s Own added three points, the pick of which was a long range effort from substitute Kevin Holland but Tullaroan added two more points one of which came from the evergreen Tommy Walsh which drew rapturous applause from the Tullaroan followers.

Erin’s Own management, players and fans will be asking how they lost by nine points when they were just a goal down midway through the second half.

The answer could rest in that barren second half spell where they failed to register a score for 15 minutes.

On the other hand, Tullaroan with 10 different scorers on the day including 1-2 from their substitutes will be full of positivity for the campaign ahead.

Best on the day for Tullaroan were Mossy Keoghan, Gearóid Dunne and Dylan Simpson while Tommy Walsh was solid at full back while Conor Fogarty and Ciarán Wallace led the way for Erin’s Own.