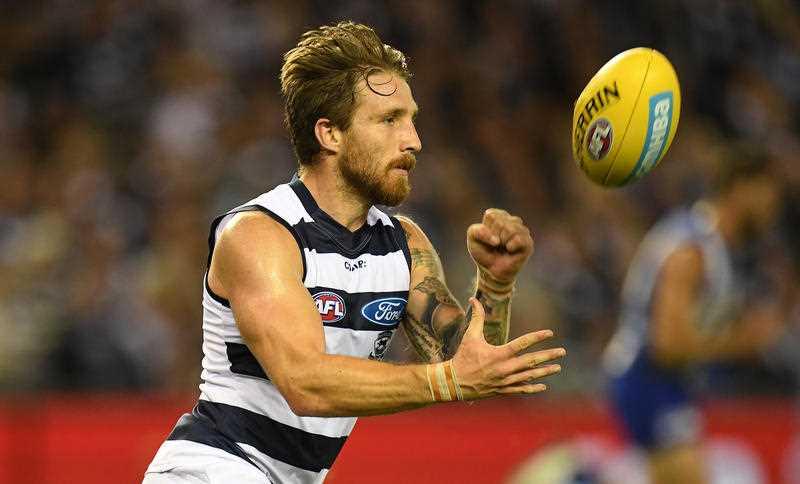 Zach Tuohy in action for the Geelong Cats

This Saturday Zach Tuohy will be lining out for Geelong cats in AFL Grand Final.

Tuohy, aged 32, and fellow Irish man with the Cats, Mark O'Connor, play the Sydney Swans or old Victoria rivals Collingwood in a bid to win their first national crown since 2011.

He played Gaelic football for Laois and Portlaoise before making a code switch to Australian rules football. He has the second highest number of games played by any Irish player in the history of the Australian Football League, second only to Jim Stynes.

A defender in Rules, he'll make his 250th appearance in the sport in the final which will be played at the Melbourne Cricket Grounds (MCG) on this Saturday

The game will be shown live on Bt sports 1 and will kick off at the early hour of 5.30 am